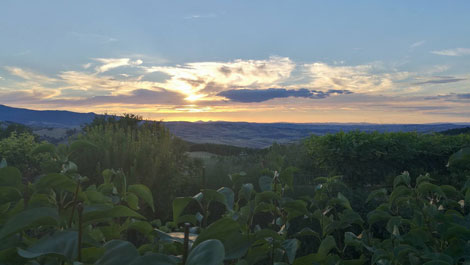 I went for a weekend in the countryside of Tuscany, around Cetona and Amiata mountains, where wolves roam free again. Well, we had no signs of wolves even though we saw plenty of roe deers. Instead of enjoying wildlife though, we basically ate. We experienced only a fraction of Tuscany but I got to appreciate its typical cuisine even more than I expected. It is simple, light and flavourful. This is still a region where ingredients are more often than not self-produced and genuine. For the vegans out there, it’s hard to find “veganized” food but many dishes are traditionally vegan instead.

Our first dinner was in the ancient village of Sarteano, at the trattoria (home-like restaurant, no fanciness) Il Saracino. It means Saracen as the tradition of the town is linked to its past of battles against Arabs. This history revives every year in a historical representation. The old city is truly beautiful, but let’s go back to what we ate.

The restaurant was kind of cheap, more or less 15€ per person. Here I discovered a Tuscanian kind of pasta that I immediately started to love: pici. They are a rougher and thicker version of spaghetti, simply made out of just flour and water and deliciously chunky. They can be accompanied by a variety of sauces but the most typical one is aglione: to put it simply, a tomato sauce with a lot of garlic (aglio in Italian, what the sauce takes its name from) and sometimes extra chilly pepper. The restaurant offers a great deal of veggies as well, and I took a delicious mixed plate made of green beans with tomato sauce, spinach and lemon, sautéed artichokes and cipolline in agrodolce – small onions marinated in a sweet and sour gravy. The quality was way above my expectations with respect to the price but not supreme. Here is where I ate the best pici!

A wine cellar in Montepulciano

The day after, we went on a wine trip to the medieval town of Montepulciano. We stopped in the old city centre for a late lunch at Osteria del Borgo, famous for its traditional cuisine and its panoramic terrace. The price was slightly higher but still affordable, especially regarding the quality of food and the location. Here I got the best culinary experience of the trip: bean cream with spelt and rosemary. The portion was hearty and the flavour delicate but rich – I ate it all before I realized I should have taken a picture. Highly recommended. 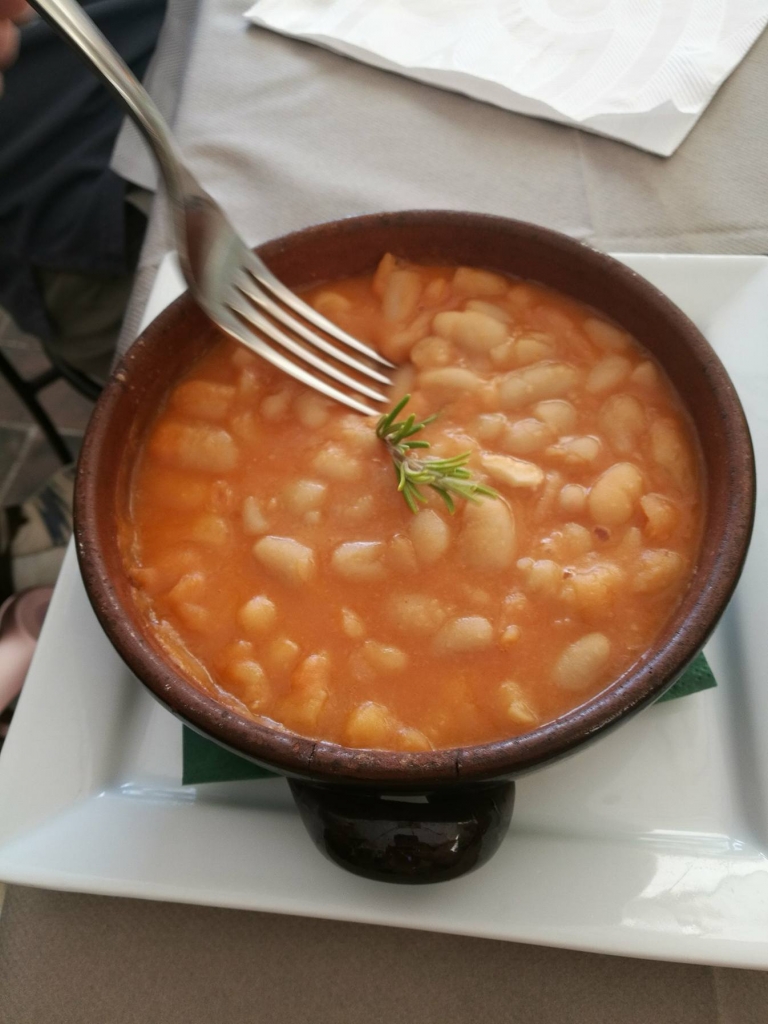 Cannellini beans with tomato sauce, not as good as the bean cream but still delicious

There were other many vegan options, such as caponata or the beans my mom took as a starter or pici. As a dessert, I started looking for an ice cream and I found a gelateria right after the main entrance of the old town, on the main road. It is called Dolcivoglie and, besides gelato, it offers granite, smoothies, crepes, waffles… and the vegan rice mousse that I went for. It costs 2€ if plain, 2.50€ if garnished with different sweet sauces or toppings. I went for strawberries and caramelized rice.

The rice mousse. It looks small but it’s just a matter of perspective

We had dinner in another old town – Radicofani. We went in a shabby-looking hotel restaurant, La Torre, that was surprising in the quality and care put into cooking. Almost everything is hand-made daily and self-produced, similarly to the first restaurant we went to, Il Saracino. We spent a little bit more, 25€ per person, but the wine was awesome and we got to try three different first courses and two second courses (Italian meals have two main courses) + dessert. Gnocchi al tartufo (gnocchi with truffle, of course vegan) were awesome, while pici weren’t as good as the ones we ate in Il Saracino. I also got a portion of marinated aubergines, super-flavourful. Uh, and the potatoes were some of the best of my life. Unbelievably soft inside and crusty/crunchy on the outside, exactly right.

That’s it, needless to say that, beside eating, we appreciated the beauty of the land and of its ancient villages. The only drawback of this trip was its highly touristic nature but I gave it up for once. Nature in Tuscany is mild, tamed and cared for but it still conserved spots of true wilderness.

For more, you can check on my blog: An Italian Wild Foodie 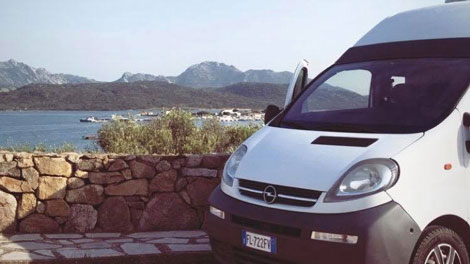 Buongiorno a Tutti – Welcome to our 7 day Sardinia Travel Guide (in a van)! We have just spent a week on the lovely Italian island of Sardinia and wish to share the experience with you! The whole trip was […] 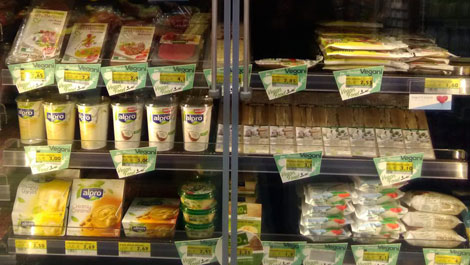 vegan food in an Italian supermarket   If you are visiting my country and you are worried about the food I just can tell you that finding vegan food in Italy is super easy and can also be surprisingly cheap, […] 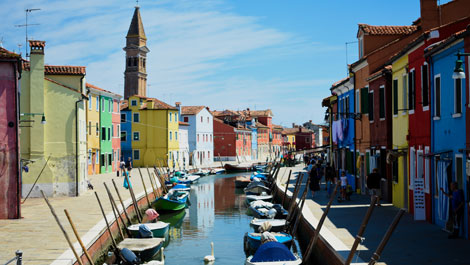 Burano If you have the opportunity to spend a few days in Venice, don’t miss the chance to enjoy a day trip to the islands: it’s really easy to go to Murano, Burano, Torcello and Lido (also known as Venice’s […] 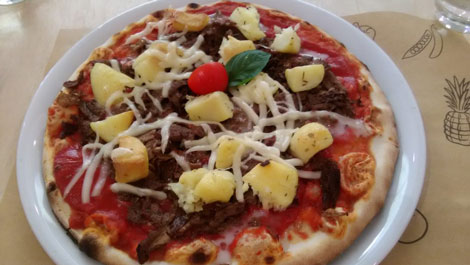 vegan pizza in Italy If you’re visiting Italy you already know that it’s the temple of the best and oldest cuisine in the world. You will find a lot of vegetarian and vegan options in almost every restaurant and the […] 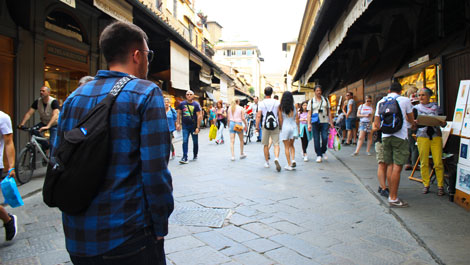 I did it. I survived a European vacation in Italy with six of my family members—none of whom are vegan! As someone who prefers solo travel, I’m definitely feeling the adjustment lately with recent group trips. Even with people I […] 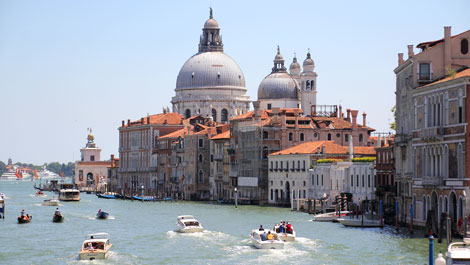 On arrival, the uniqueness of Venice hits you. It is a special place and you’ll be wowed by its magic. Dizzy yourself by winding through the alleyways, meandering along canals and posing on quaint bridges. Yes, it is all so romantic. This is Venice. The […] 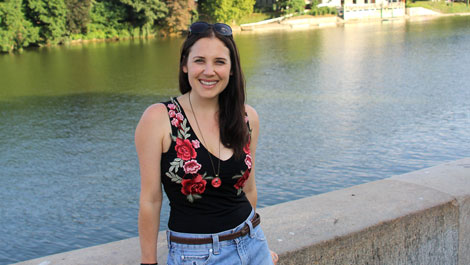 Ever since mayor Chiara Appendino pledged to make her city more vegan friendly, the city of Turin was at the top of my travel bucket list. Turin is a northern Italian city of the Piedmont region, which is often famed […] 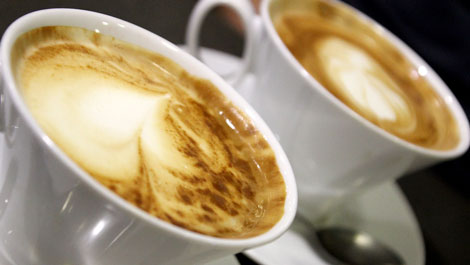 Train stations, airports, highways. Those in between places. The hours you spend waiting in travel purgatory. You really need something to look forward to. And that something is food. Waiting increases appetite (I’m sure that is a scientific fact). Early morning […] 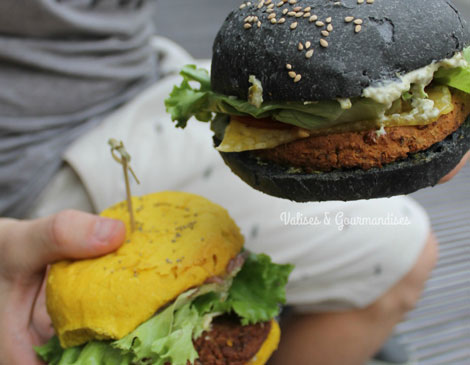 Milan seems to be the black sheep of Italy. Yeah, no one seems to have anything positive to say about it. Nothing negative either, simply that it’s nowhere near as exciting as Rome and Florence (which totally blew us away […] 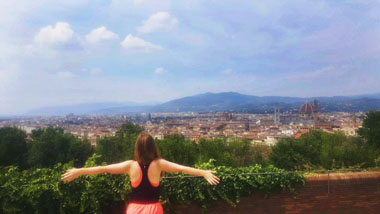 In Love With Italy!

In Love With Italy!

Hi all! Welcome to Part 2/3 of our European Vegan Travel Blogs! This post is going to be very long so I apologise in advance. Italy was the country we spent most of our time in so we have much […] 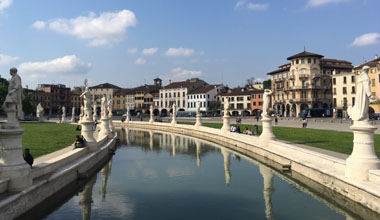 I have been to Italy a couple of times before, but my boyfriend has never been and hence this had to be rectified- you have to taste pizza and pasta in Italy at least once in your life! For his […] 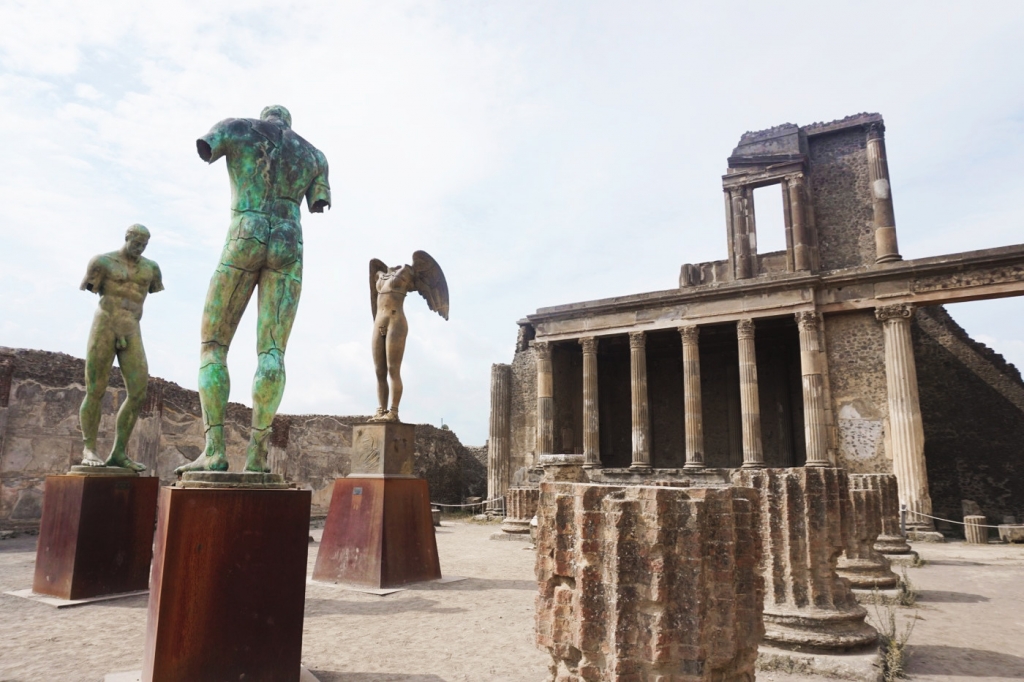 A Day in Pompeii

A Day in Pompeii

Shae and I knew we had to make a stop in the ancient city of Pompeii while visiting Italy. In 79 AD Mount Vesuvius erupted, covering the city in ash and preserving the ruins. What is left brings you back to […] 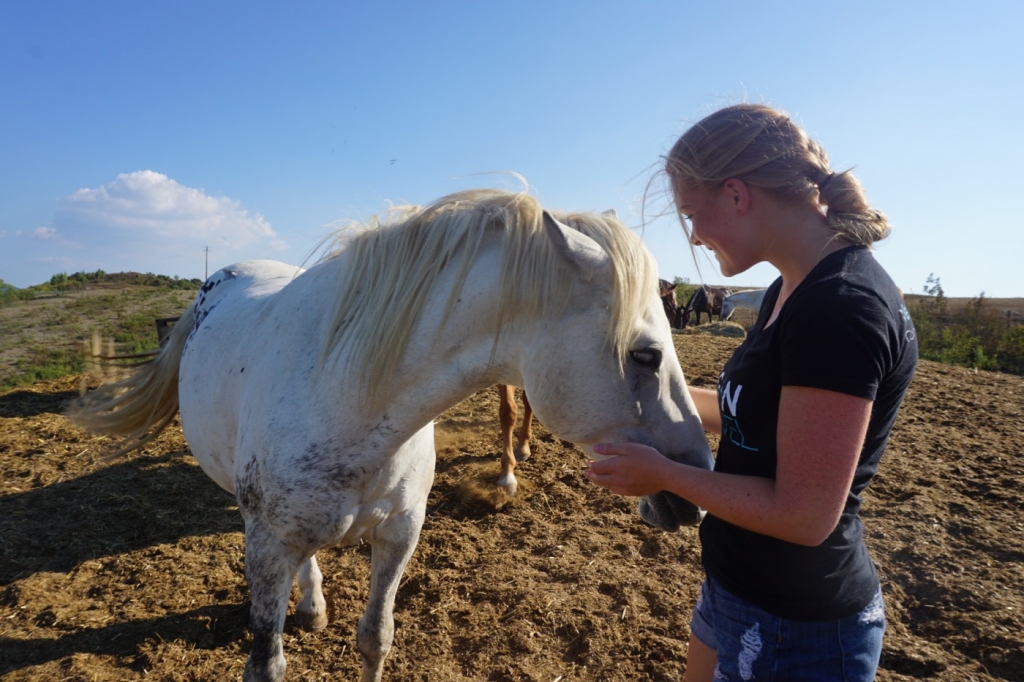 Our Visit to the Italian Horse Protection Association

Our Visit to the Italian Horse Protection Association

I’d say when most people think about humans’ relationship with horses it seems quite good, and I do believe most horse owners have a positive and loving relationship with their horses. You would think of horses the way you think […] 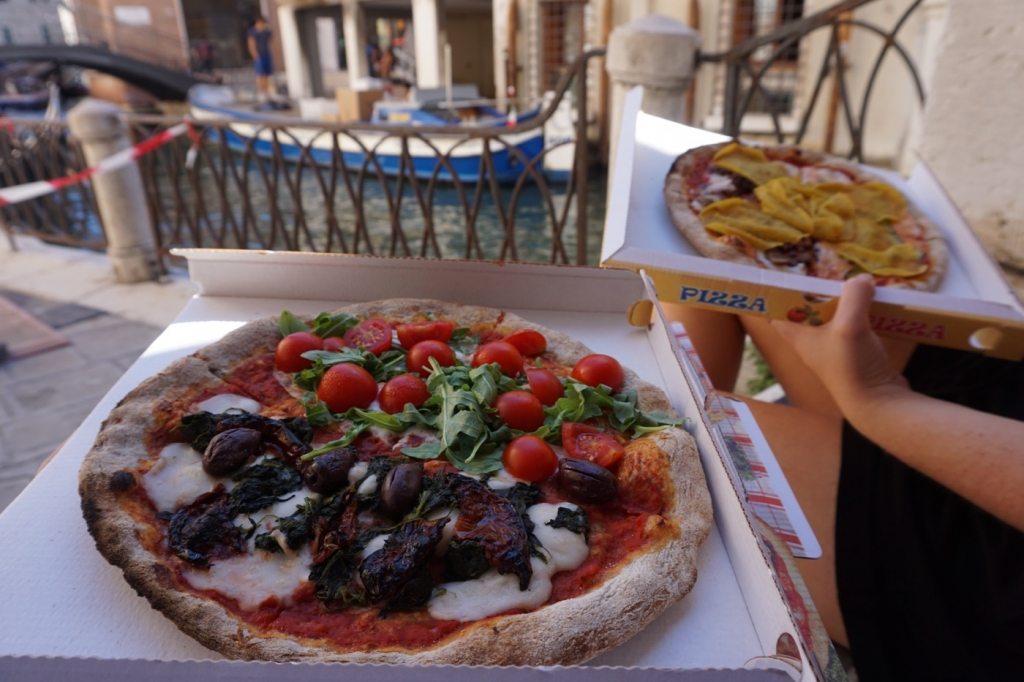 Vegan in Italy: Our First Challenge

Vegan in Italy: Our First Challenge

So far on our six-month around the world trip, Shae and I have found it pretty easy to find vegan food. Reykjavik, London, Amsterdam, Copenhagen, Stockholm, Berlin: all very vegan friendly! We knew we would run into some challenges along […] 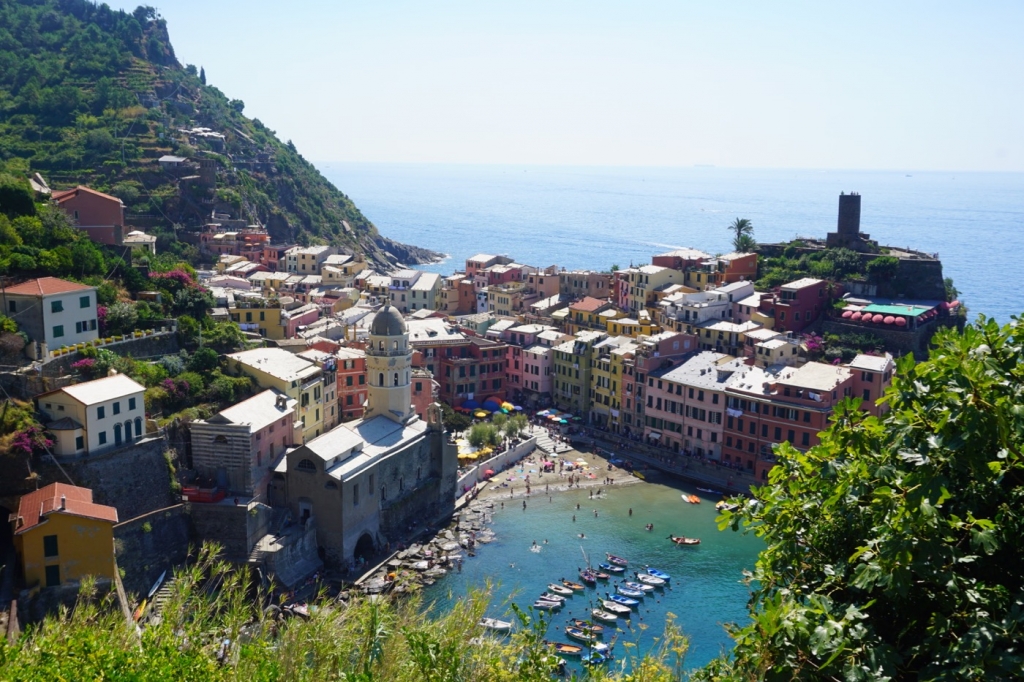 Cinque Terre translates in English to “five lands.” Cinque Terre is a city made up of five smaller towns along the rocky coast of the Italian Riviera. In each of the towns you will find colorful buildings and homes, heaps of stairs […] 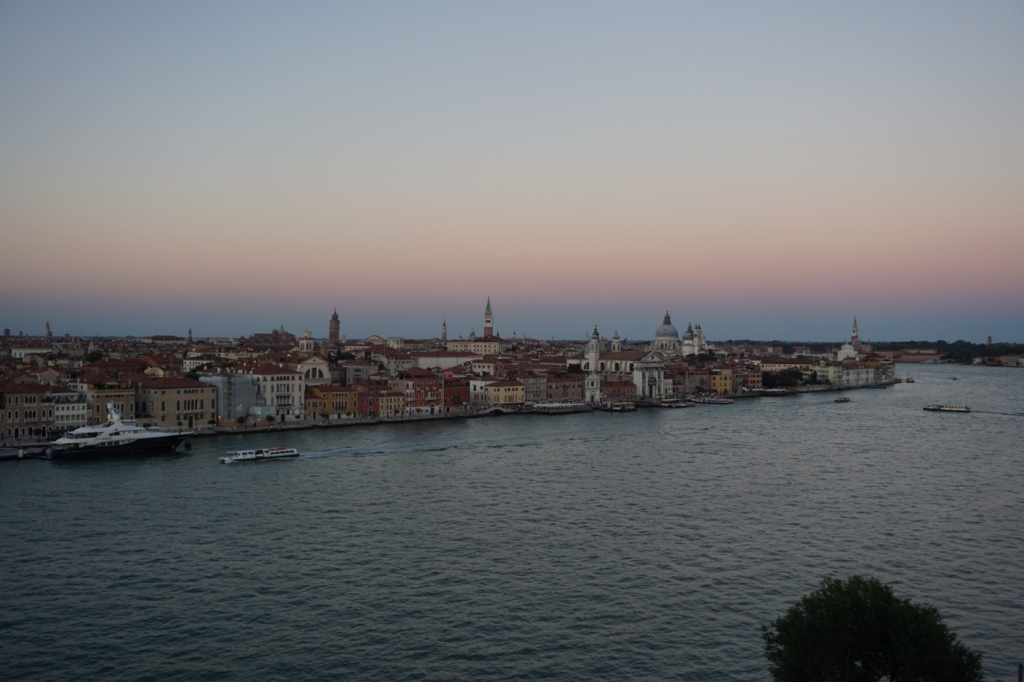 I heard you only need a day or two to see Venice. You’ll get tired of all the tourists and it’s so small that you can finish all the sight-seeing in one day. We took that advice and had two […] 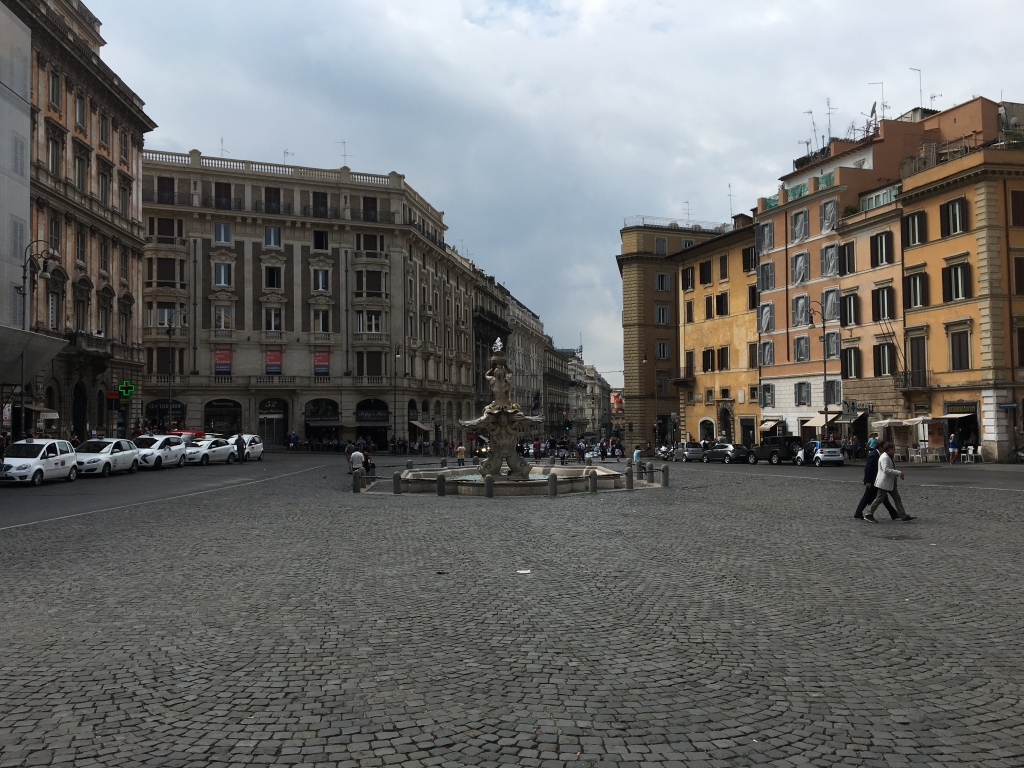 Hello Vegan Travellers! I’m in Rome! Hopefully I managed to ramp up your excitement for this post by uploading enigmatic pictures of some ruins over the past few days… You probably sussed it after the first picture but ah well […] 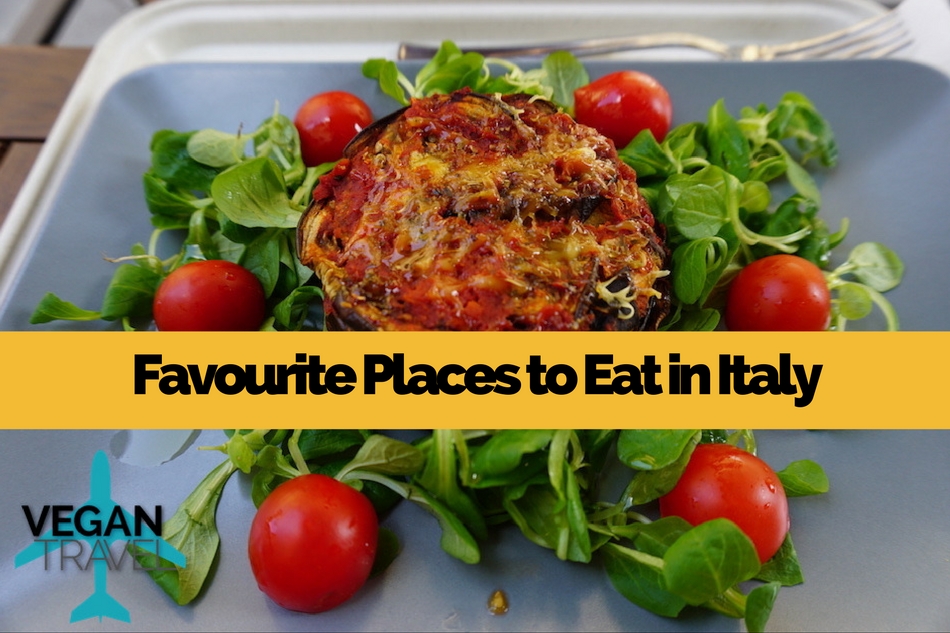 Our 6 nights in Italy felt more like a dream; albeit a very pleasant dream filled with an abundance of pizza, gelato and espresso, we would have preferred a much longer stay in a country known for their fresh and […] 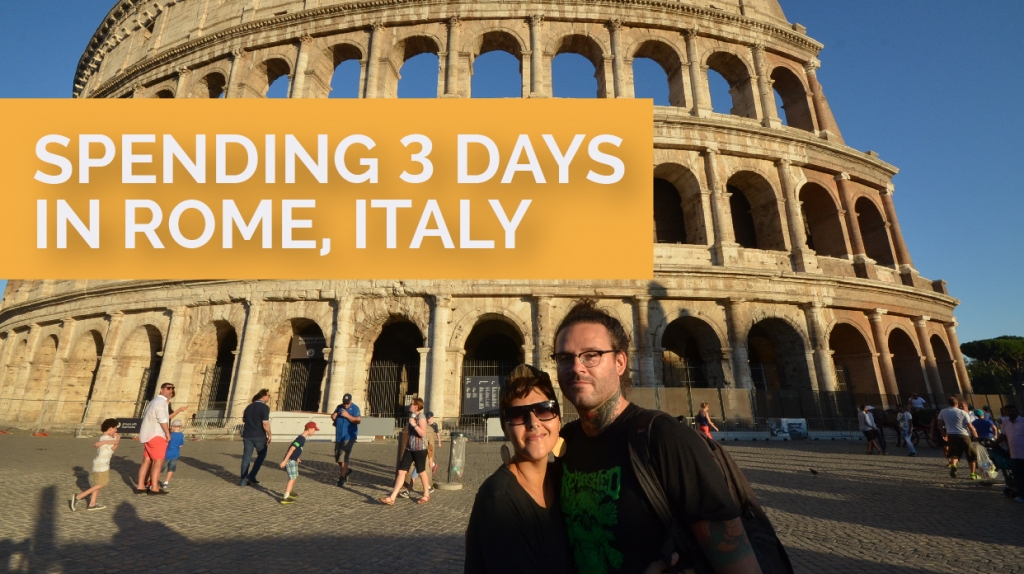 Our ride arrived at 12:30pm and pulled up to the airport on time for check in for our flight to Rome via New Jersey. Cody walked up to the self check in machine, pulled out our passports, and started checking […] 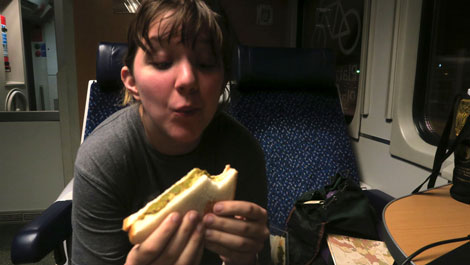 Hey, Vegan Travellers! I know it’s been a while since you’ve read these beautiful words, but guess what? It is once again time for a famous Ellie Round-Up! “But Ellie!” you say, interrupting my blog quite rudely, “You’ve been in […] 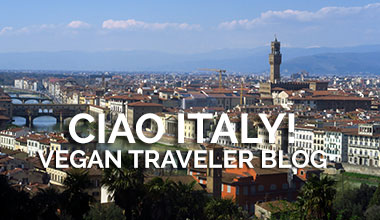 Hey, Vegan Travellers! I am writing to you today from what I think might be a dream. I am in Italy. I have always wanted to be in Italy. I am almost not in Italy anymore. I will soon be […] 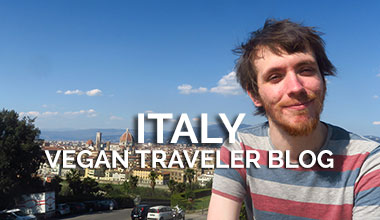 Italy! For a Little Bittaly…

Italy! For a Little Bittaly… 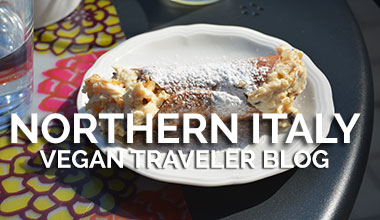 This is my first blog ever!!! This summer I was lucky enough to go traveling around central and northern Europe with a part sponsorship  by VeganTravel. We began in Italy :). We had already been in Italy a little while […]