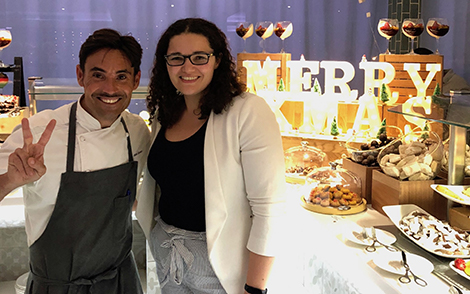 For the last five Christmases my family and I go abroad to somewhere sunny and hot, this year we chose Cabo Verde (Cape Verde). We stayed at an all-inclusive TUI Sensimar Cabo Verde on the island of Sal.

The hotel was really lovely and the staff were very friendly. We had a swim-up room and even though the pool was not heated it was nice to cool down in 28C heat. The hotel is positioned only 30m from the beach. There was a spa and a gym, with enough equipment to have a decent workout. The exercise trainer Shy was really funny and had good classes including a highly entertaining water aerobics (lots of thrusting!!!).

The main highlight for me was the food. Normally I am not a fan of all-inclusive hotels because the buffets normally have few vegan selections. However, at this hotel there was a very passionate and friendly chef called Rafael Carrasco.

Chef Rafael was amazing and cooked tasty and healthy vegan/raw food for us. He made us different soups (pumpkin/cinnamon, vegetable, mushroom, carrot, tomato), chickpea pad thai, mushroom pad thai, roasted vegetables, cucumber tzaitki, charcoal bread, seed bread, mushroom risotto, courgetti, fermented cashew cheese, coconut butter, raw carrot cake, raw mango lime cheesecake and mango sorbet. He is a very passionate and friendly chef and extremely enthusiastic about vegan and raw cooking. He created very healthy and tasty dishes for us at lunch and dinner, and his cheesecake is one of the best I have ever tasted. His fermented cashew cheese was really good and better than many of the vegan cheese I have tried.

At one of the a la carte restaurants the normal chefs created a pear salad with a delicious balasmic vinger, vegan pizza (sadly no vegan cheese) and fruit salad. At the breakfast buffet there were cereals, bread, homemade jams, detox juices, dried fruit and nuts, steamed vegetables, fruit, oat/soya/rice/hazelnut milk. At lunch and dinner there were bean stews, roasted and steamed vegetables, half of the salads were vegan, fruit and sorbets.

This has been one of the best weeks for vegan/raw food that I have had on holiday, normally I lose some weight on an all-inclusive holiday because the food is subpar but that definitely did not happen here. If you are in Cabo Verde and want extremely tasty vegan/raw food then go to TUI Sensimar Cabo Verde and ask for Chef Rafael Carrasco. 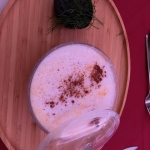 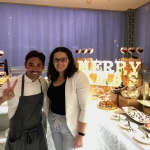 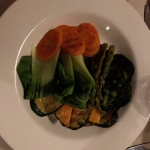 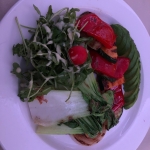 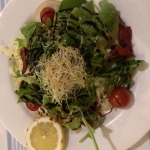 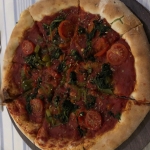 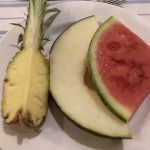 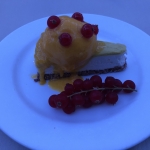 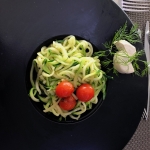 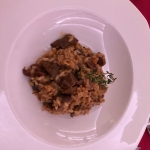 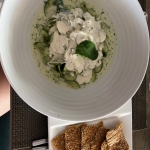 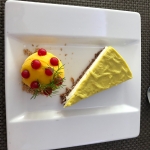 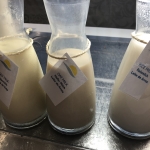 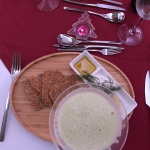 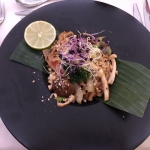 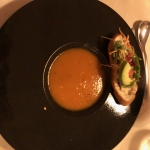 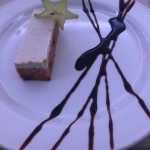 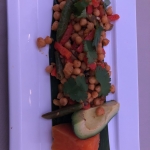