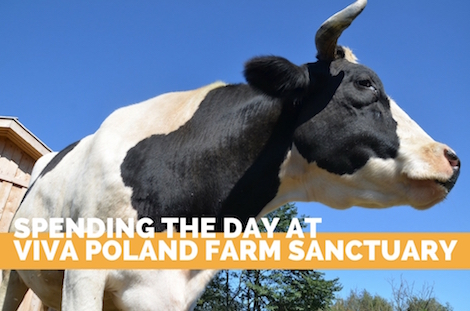 Viva Poland is an animal protection organization located in Warsaw.

One hour drive away from Warsaw is a village called Korabiwice. In this village is 14 hectares of land purchased by Viva Poland that is a haven for used and abused animals. 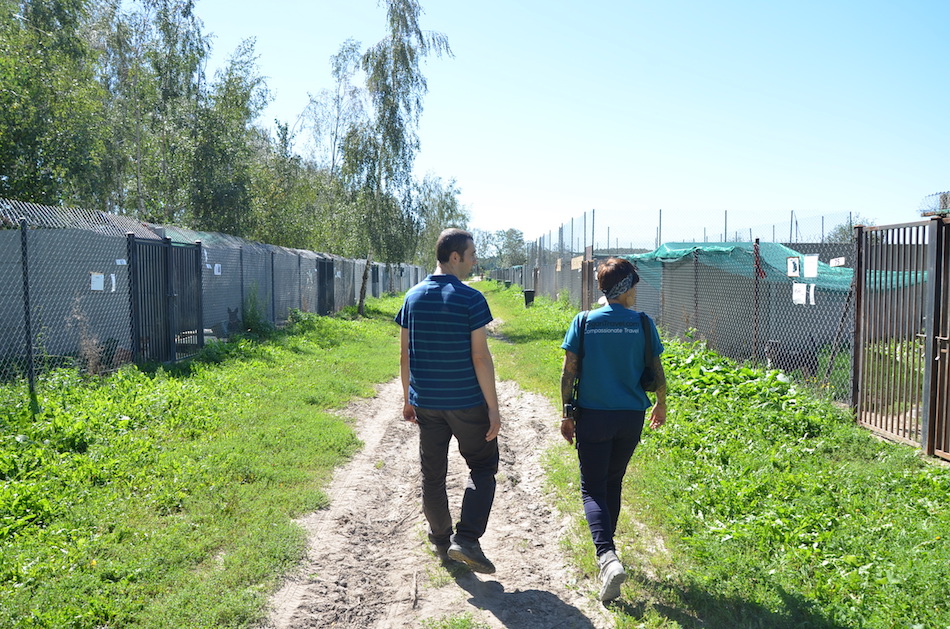 We met Czarek, (manager of Viva Poland) in front of our apartment in Warsaw.
He then drove us out to Korabiwice and we spent a really nice day with him at the sanctuary.

Viva Poland purchased the property in Korabiwice in 2000, after a long battle with a woman who was occupying the land and was against the sterilization and re-homing of dogs. This problem resulted in over 800 sick and suffering dogs that were inhabiting the area.

Miraculously they was able to re-home all of them, and they continue to rescue, sterilize, and adopt out strays. Currently there are about 200 dogs on the property, and Viva Poland is very successful in adopting out close to 2000 per year. 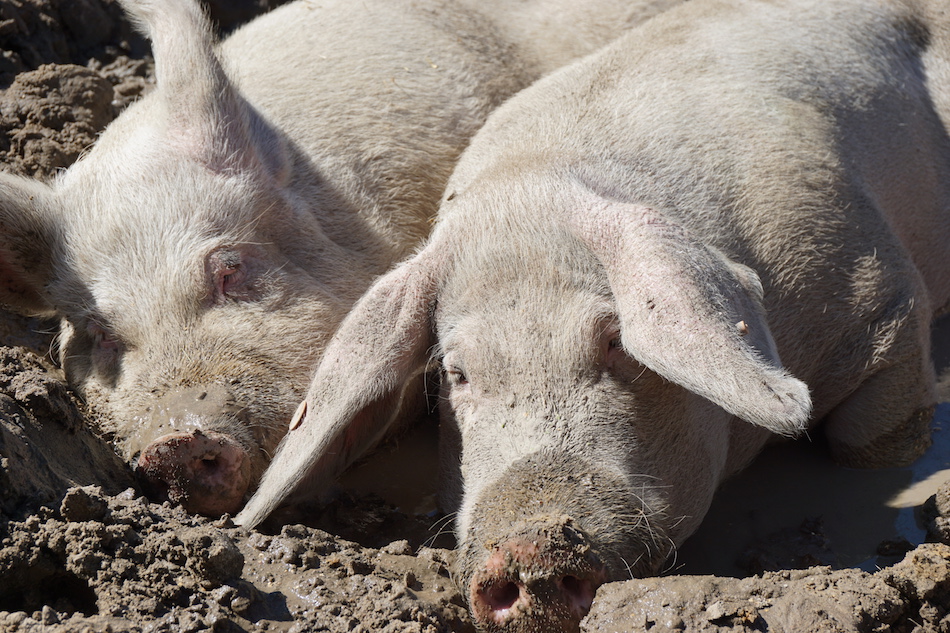 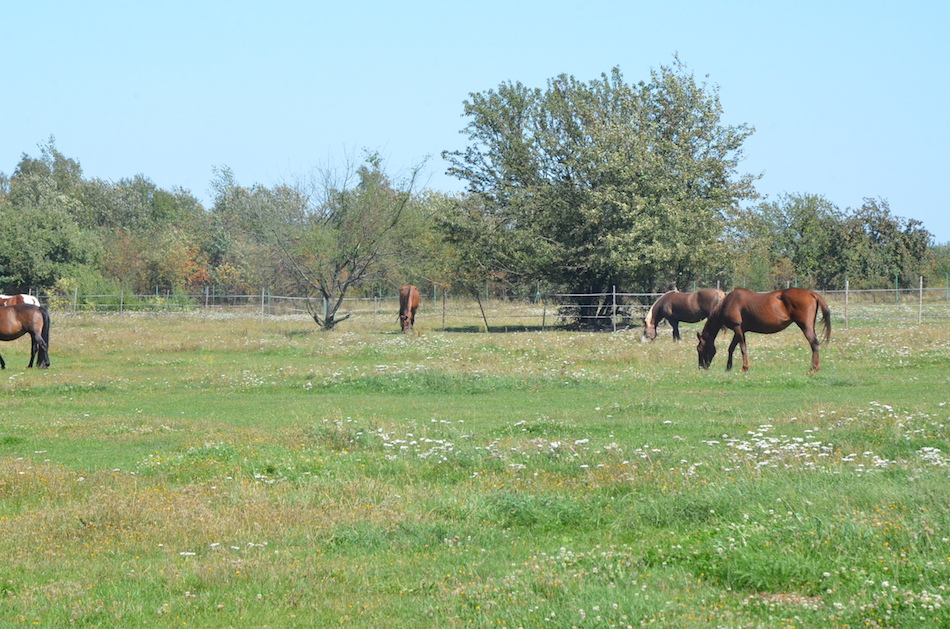 A few months prior to our visit, a local neighbouring pig farmer pleaded with Viva to help him with his female hog who was having complications giving birth. Viva’s vet and a few volunteers rushed to be by her side.

She gave birth to 16 healthy piglets, but due to over breeding, her uterus had fallen out and she was in agony. The farmer then pleaded with the vet to push her uterus back in so she could feed her piglets for a few days, as he was concerned about losing profit. 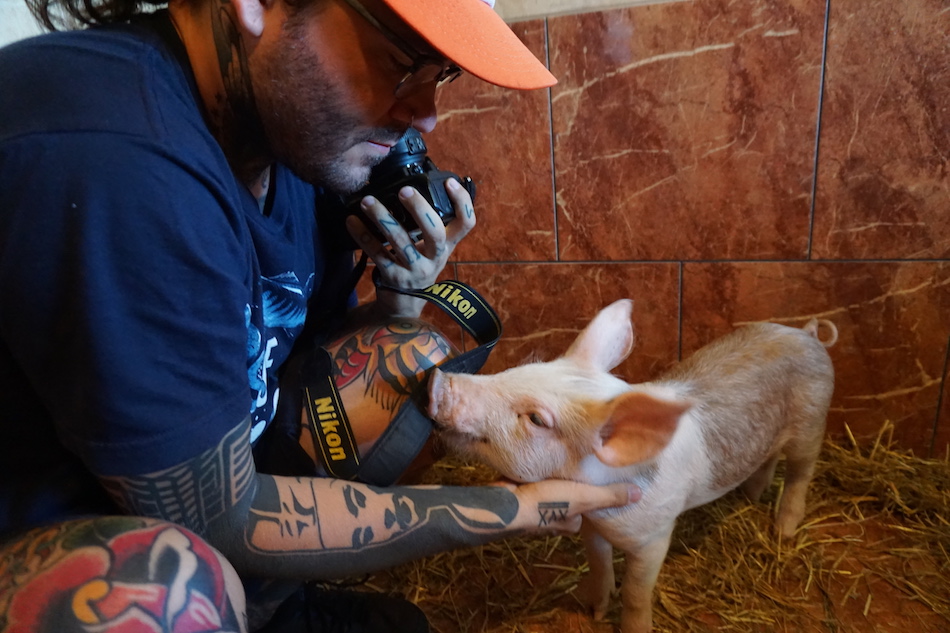 The vet refused, and the mother was euthanized, as it was the humane thing to do. The farmer was extremely angry, grabbed 2 piglets and threw them with another nursing mother, then told the volunteers that he would be throwing the other 14 piglets in the garbage as they wouldn’t survive their first few nights without their mother.

Viva Poland of course brought the piglets back with them to the sanctuary and they were fed every 2 hours around the clock. Out of the 14 babies, 12 survived.

This story broke my heart. If this had happened with a litter of puppies, that man would have been charged, and people would be outraged. But because the victims had snouts, and hooves; they are viewed as things, property, commodities. 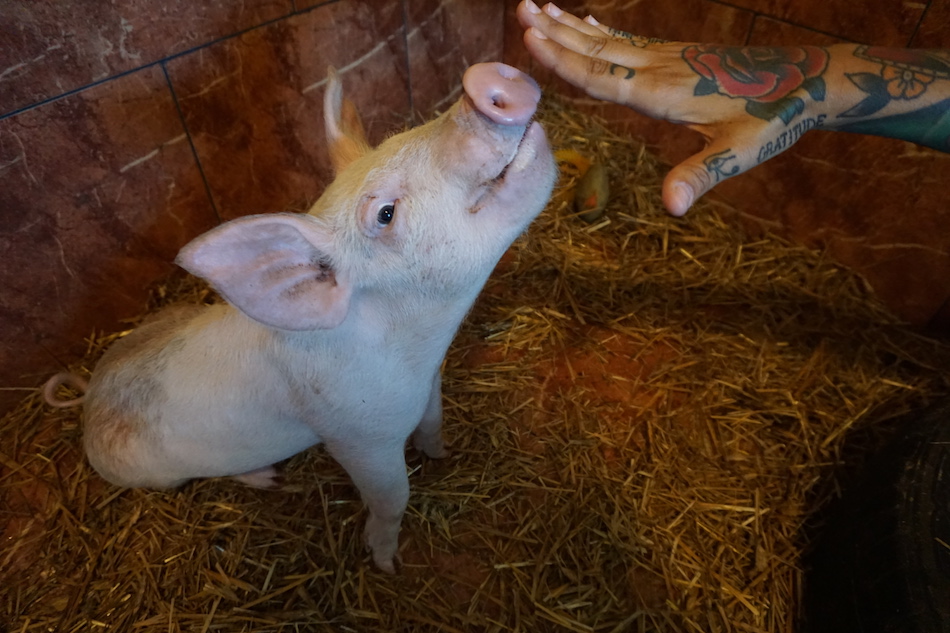 They also do a lot of work closing down fur farms. Poland has quite a few illegal fur farms that keep foxes in deplorable conditions.

One fox named Ola was raised in the dark under other caged foxes. She suffered from lack of vitamin D which is essential for bone health. Foxes in fur farms are also fed terrible diets of waste, and rendered animal parts. 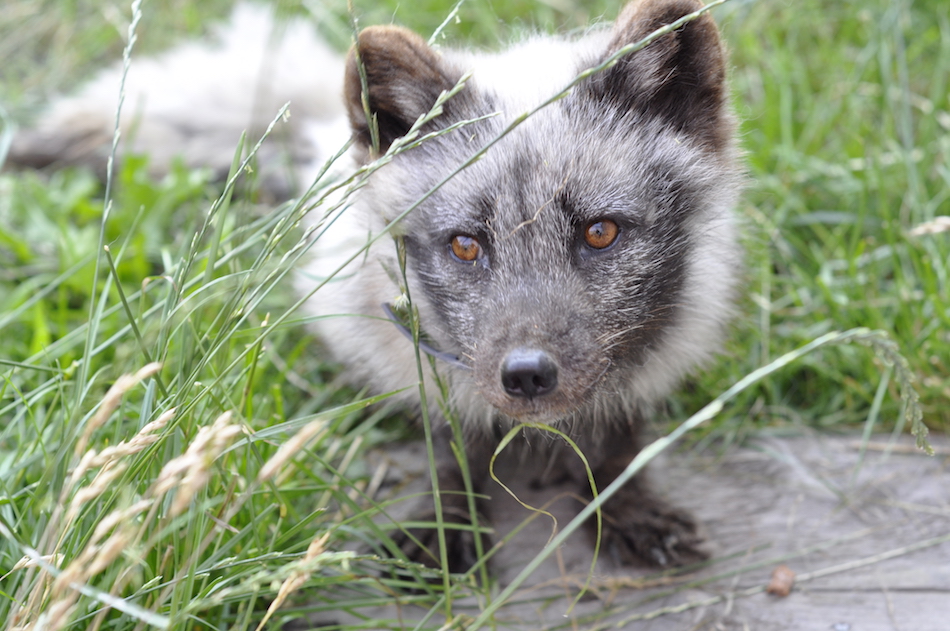 Her bones were very weak due to poor diet and lack of sunlight causing her legs to break several times, until one day she could no longer walk on them. She also lost a leg due to infection, and has learned to walk on her elbows.

Ola now lives in a large green enclosure. To look at her, you would think she is pain, but she has completely recovered and has adapted to her new life at the sanctuary, and enjoys her time with the one kind human that she trusts. 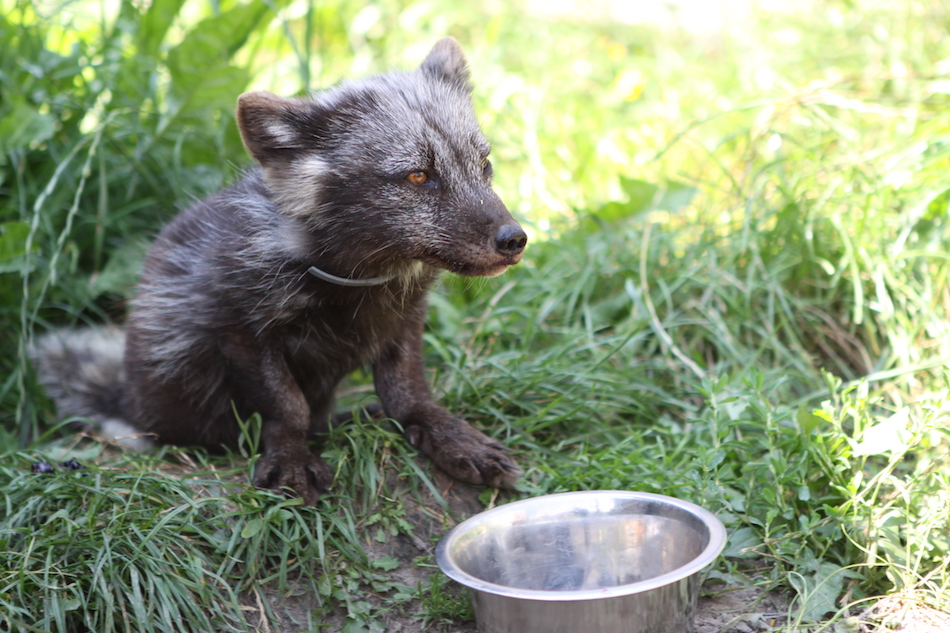 The land and sanctuary in Korabiwice also operates an an educational facility where school classes visit to learn about farmed animals, and their unfair treatment.
In the near future, a small fur cage will be placed in front of the fox enclosure so visitors can learn more about the cruelty of fur farming.

A small calf named Asia also lives at the sanctuary. Asia was born with dwarfism and was going to be thrown away as she was of no use to the farmer. 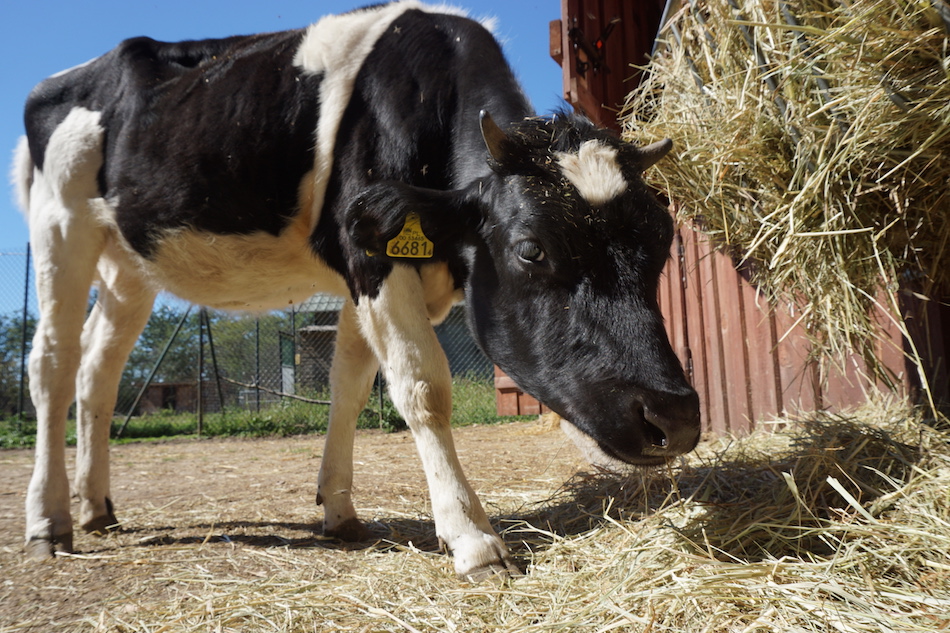 Every animal rescued by Viva! Poland has a story. Each one is an individual.

Farmed animals are some of the most abused animals on this planet. They are seen as objects, things that do not feel. Their bodies are used to continue production of flesh and liquid that is destroying them, our health, and the health of our planet. 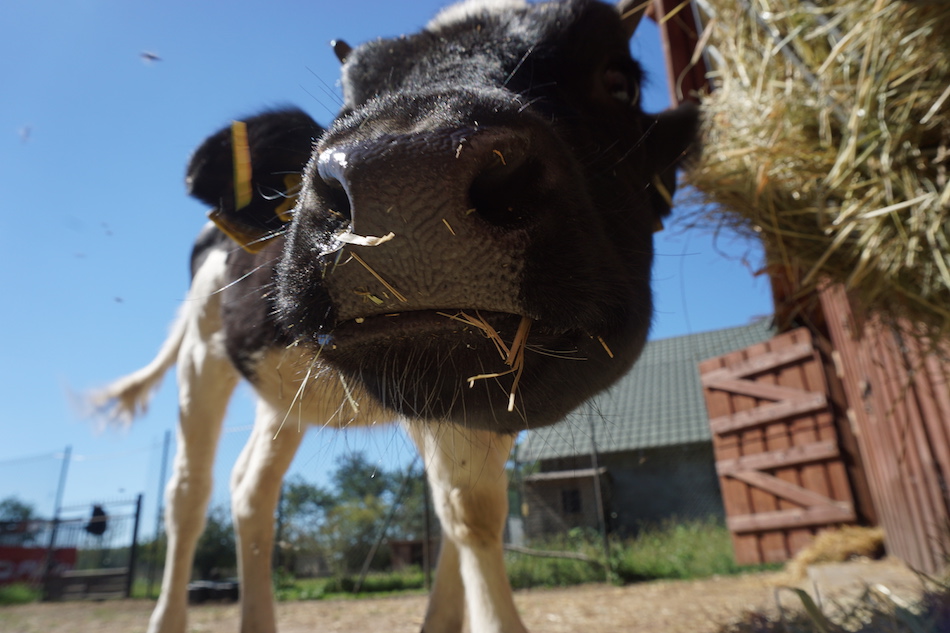 Sometimes the truth can be hard to digest, but we can’t turn away.

Change can happen this instant.

Animals were not put here for us to use, and abuse. 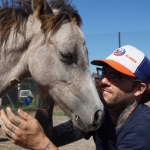 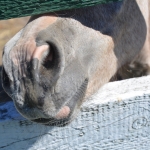 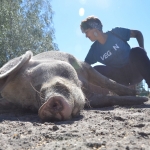 Live your best life. Give a shit. Please cultivate empathy and compassion, and extend it to those with a cover of fur, feather, and scales as well.

“You cannot get through a single day without having an impact on the world around you. What you do makes a difference, and you have to decide what kind of difference you want to make.” ~Jane Goodall~