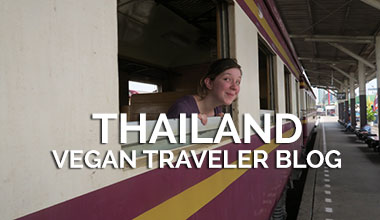 After spending quite a bit of time in Bangkok, seeing some really beautiful shrines, visiting massive malls, and getting to know the local people and culture, Ross and I decided that it was time for us to have ourselves a little change of scenery. We set off for a town called “Kanchanaburi.” Kanchanaburi is about a two and a half hour train ride away from Bangkok. That sounds really easy and painless at first. Then, you learn how difficult it is to get to the train station in Bangkok, you learn that the trains are always late, and you learn that there are only two departures all day for your destination so you’d better not get lost and miss your train! 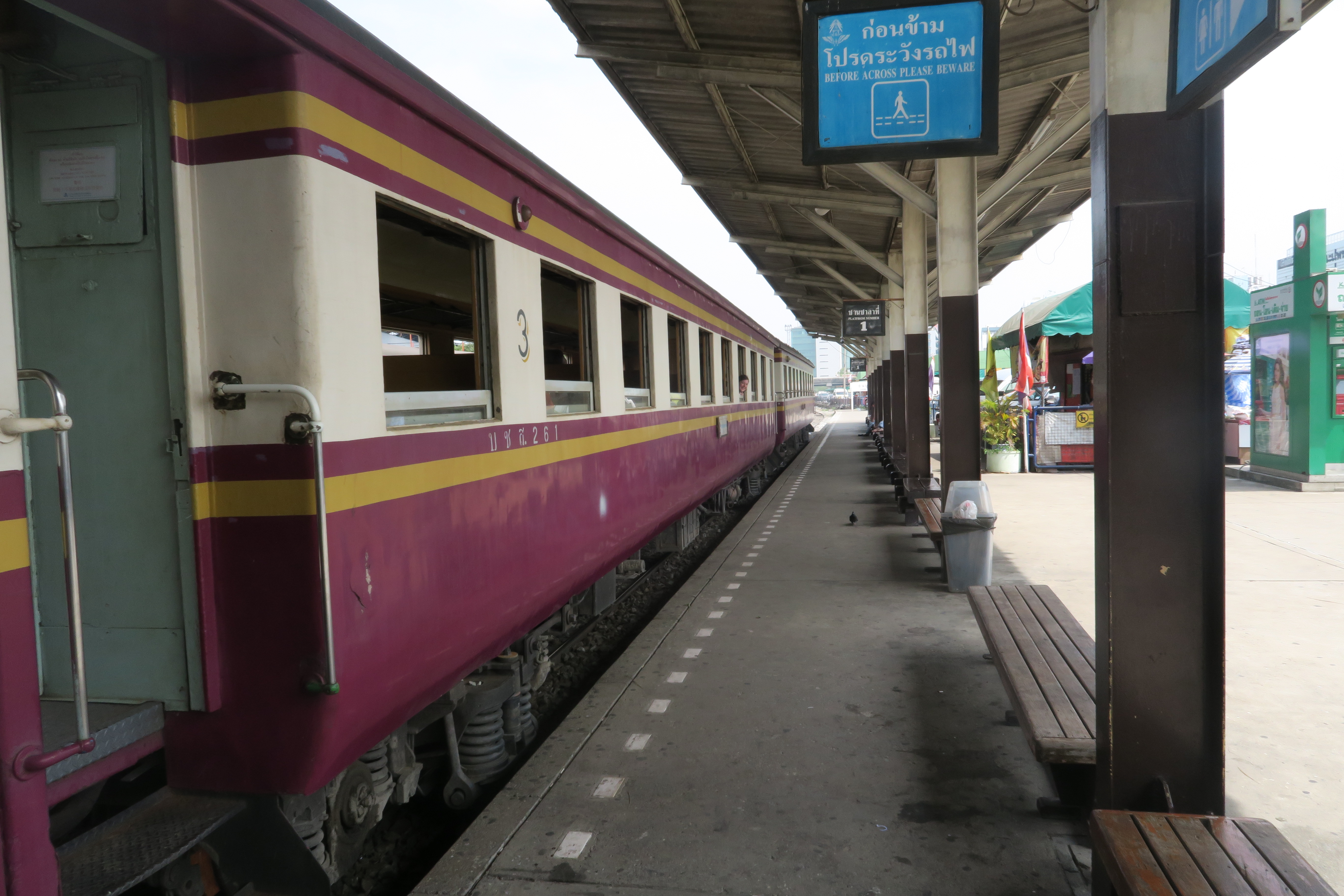 After lots of research into how we would get across the river and get to the train station, we decided that the best way was going to be walking to the sky train, taking the sky train a few stops, then taking the orange flag ferry across the river, then taking a meter taxi or tuk tuk the rest of the way to the station. The whole affair was going to cost us about 160 baht, which was almost as much as it cost for the both of us to take the train to Kanchanaburi! Scouring Trip Advisor and other travel sources made it clear that this was the way to go. But for extra measure, we decided to ask our host. She took one look at our ridiculous little plan and said, “No, you’re gonna take a cab.”

“We need to go the cheapest way, though,”
“Yeah, take a cab.”
She wrote down the name of the station in Thai and gave us some cab advice. This will probably be the most important bit of information I cover in this post, so pay attention! Maybe write it down!
If the driver won’t turn on the meter, DO NOT get in the cab.

When you ask the driver to turn on the meter, they will probably say no. They will try very hard to convince you that they are doing you a big favour and giving you a great deal by not turning on the meter. When you refuse, many of them will drive away. Ross and I hailed a handful of cabs before actually being able to get in one. All of the drivers who refused to turn on the meter quoted us 200 baht to the train station. One of them try to bargain with us after we insisted on having the meter. They said they’d take us for 150. We were pretty close to caving. We thought that maybe it really simply cost that much. After all, they were all giving the same quote. We held firm, though, and after a few refusals and about ten minutes of standing in the sun, we finally got someone to turn on their meter. We were over the river, through the city and to the train station at last! 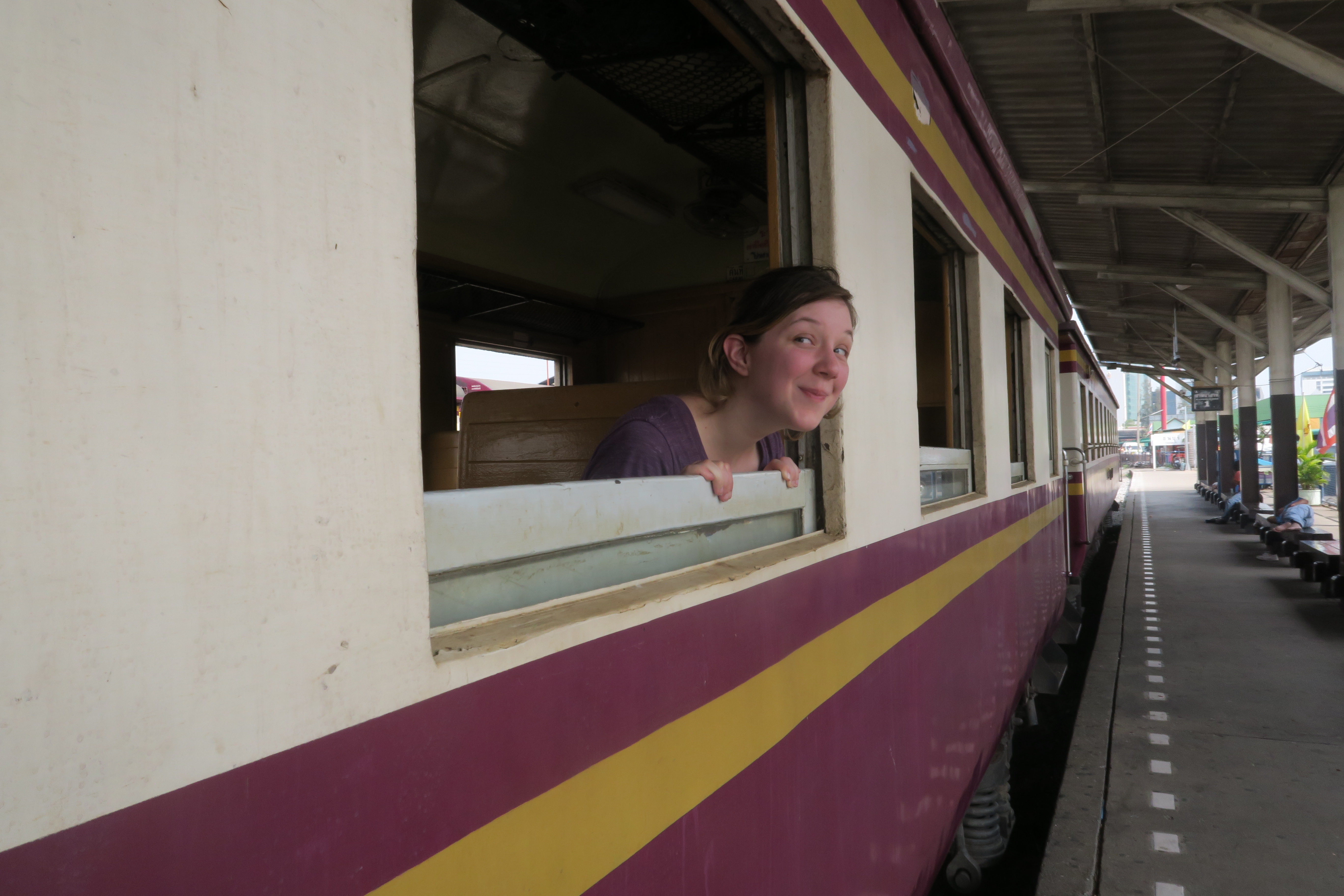 After all was said and done, the half-hour trip only cost us 80 baht. So it turns out that sometimes it’s cheaper in Thailand to just take a cab, providing you are really good at being firm and holding out for someone to turn on their meter for you. You wouldn’t think it would be so difficult, because almost all the cabs have meters and advertise themselves as metered cabs. Oh well, we got there eventually!

Even after all the excitement of rushing to get to the train on time, the train journey was a delightful little adventure in and of itself. We spent a few beautiful days in Kanchanaburi. We explored the local temples, had amazing vegan food at a restaurant just down the street from where we were staying and ate so many coconuts that I completely lost track. During one of those days, we had ourselves another little train ride, this one delayed by quite a bit of time. There are usually people selling fruits and coconut water and such around the stations, so we got some snacks and we waited. And waited. And waited. This particular train ride was well worth the wait. This was the death railway. On it, we went over the bridge over the river Kwai, we saw the beautiful Thai countryside and so many magnificent statues of Buddha, one of which was in a cave! This train trip is definitely a must-do if you want to see some really beautiful landscape in Thailand. I recommend wearing a mask and taking some anti-histamines if you have allergies, however. These trains are very very old and very very dusty. 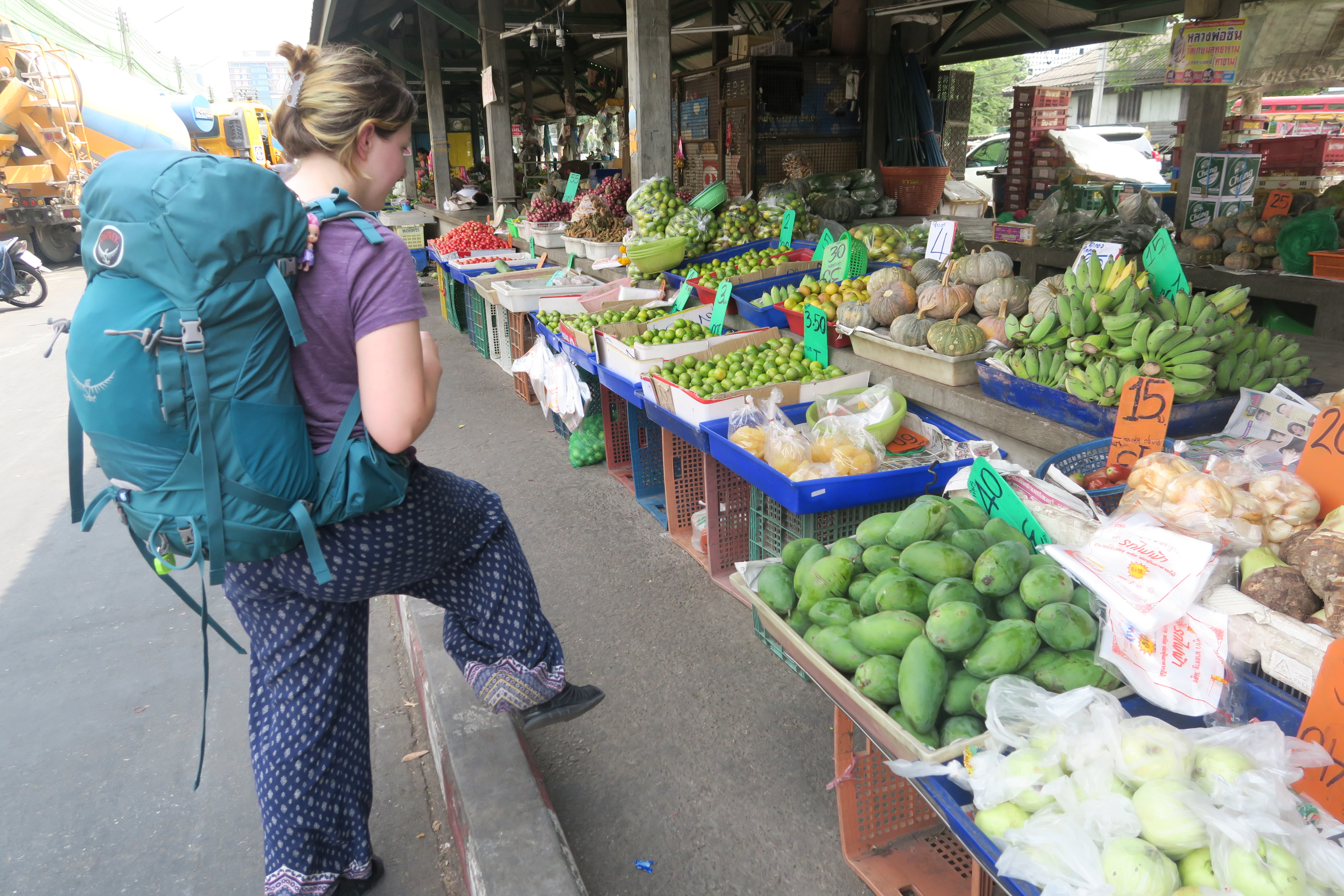 After this grand adventure, we went back to Bangkok where I completely crashed for about two days. Between the dust from the train rides, the terrible combination of bad decisions to surround myself with flowers and incense at temples, and catching the common cold, I was out for the count for a bit. I went through a somewhat hilarious phase of not even being able to speak. I mean it. I kept opening my mouth and absolutely nothing came out. Fortunately for me, Thailand has loads of pharmacies and loads of English speaking pharmacists. I mean, the English speaking thing wouldn’t have helped at all if I had been on my own, but Ross was able to communicate the things that I needed for me. Thank goodness I speak American Sign Language. (Interesting side note: I’ve noticed that Thailand is quite good for putting sign language interpreters on the news and just on TV in general. I’ve also noticed that a lot of people sign in public and that Thai Sign Language is easy to understand if you speak ASL. Turns out, they come from the same language family! Neat!)

After I rested for a bit, and got used to wearing a surgical mask everywhere, it was time for us to bid Bangkok a tearful goodbye and head to Chiang Mai. Chiang Mai is a beautiful story for another time, and it is a story I very much look forward to telling.
Until then,
Ellie Lebo
Related Articles
1 Comment