Turning Vegan While Traveling the World 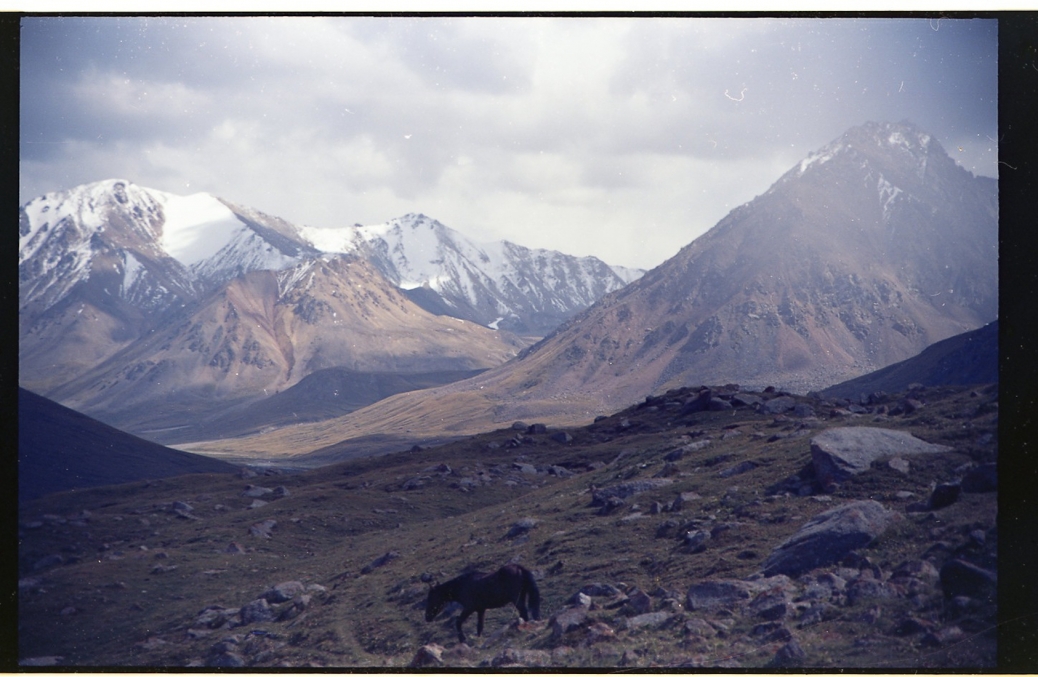 Hi everyone, I’m Rory, a 25-year-old French girl who left her “normal” life after studies and work to explore the world with her beard-man. I love analog photography, and even during a trip with no coming home planned, I’m still shooting film. 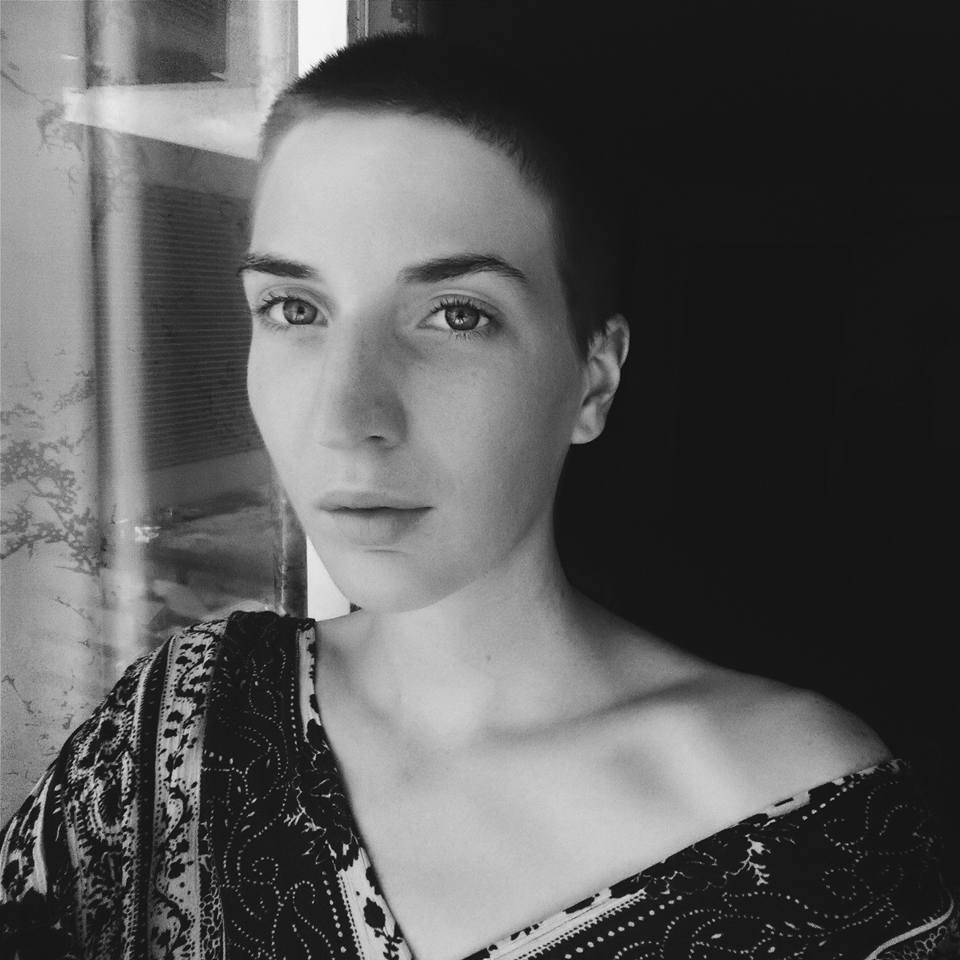 I would like to share my experience on how I turned vegan during my travels. I wrote the entire article in French on my blog, but here I’ll write a shorter article as you already know what veganism is.

Before I left, I was taking care of a horse next to Paris and my friend who was also taking care of an old horse in the same field was driving me there. The horse I was taking care of has a navicular syndrome in one foot and my friend’s horse has arthritis. So basically we were taking them out of their field, grooming, scratching, sometimes walking them outside like huge dogs with a lot of “eating grass breaks,” or just taking them to another place to eat. During that time we’d just sit in the field and chat. My friend is vegan, and this is how I started to realize… and the thing is, I’m interested in so many things and I’m always watching documentaries, reading articles, and I helped in a dairy farm as a kid, so deep inside me, I KNEW. And I started getting informed about veganism, and anti-speciesism. 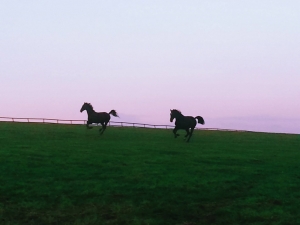 I started to be a flexitarian in Paris. Then I moved my stuff to the countryside at my mom’s house next to Switzerland in the mountains. Of course, I ate a little bit of cheese there, and just after I hopped onto the plane for the great departure.

We started with Tajikistan and Kyrghyzstan, two amazing countries in Central Asia: incredible mountains, pristine lakes, virgin sceneries… but I have to say: it’s not a vegan’s paradise. They cook everything with mutton, mutton fat, etc, and they are nomadic shepherds living in yurts in the mountain (in summer) and eat dairy from horses, sheep, cows and sometimes camel. They do their own butter, fresh or rancid, their alcoholic beverage from mare milk, some fresh cheese.

That was a hard start for me! I can tell you I ate a lot of bread (which is delicious) and tomato-cucumber-salt-aneth salads! I was also removing the mutton part from the broth of my soups to eat only the veggies. Not really a lot of choices when you’re really remote in the middle of the mountains at more than 3 5000 meters high. The good thing was I had a lot of time to read about animal ethics there because there are no distractions before going to sleep! 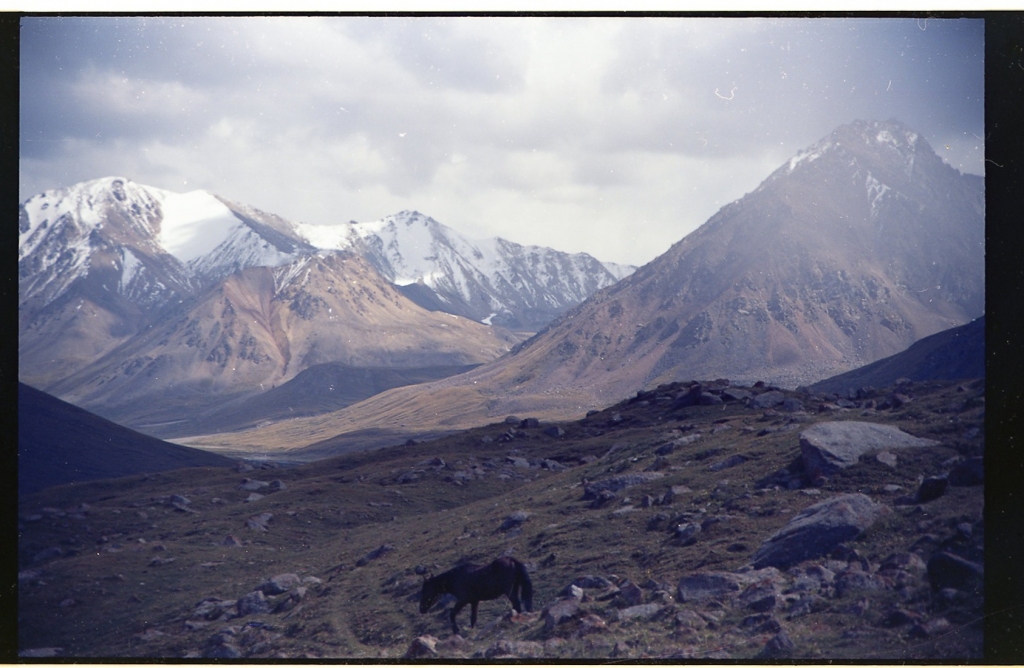 These countries were amazing but it was quite a hard start for a vegan apprentice!

Landing in India was definitely easier

After an incredible flight over the Himalayas as it was impossible to cross overland through China or Pakistan to come from Central Asia to India, here we are in one of our food meccas. Vegetarianism is really easy in India, no doubts on that thanks to the Hindu majority. But veganism “pure veg” as they call it there isn’t: they often use ghee (clarified butter) to cook and absolutely love milk, especially in their chai (tea). But the fact was there: from now, no more cheese. I wasn’t drinking dairy even before as an omnivore because I couldn’t digest it as a majority of humans, and I had couldn’t remember last time I had eaten meat, so basically the only thing to cut was cheese. And that was really easy with all the variety of delicious vegetables and bean-based Indian dishes! 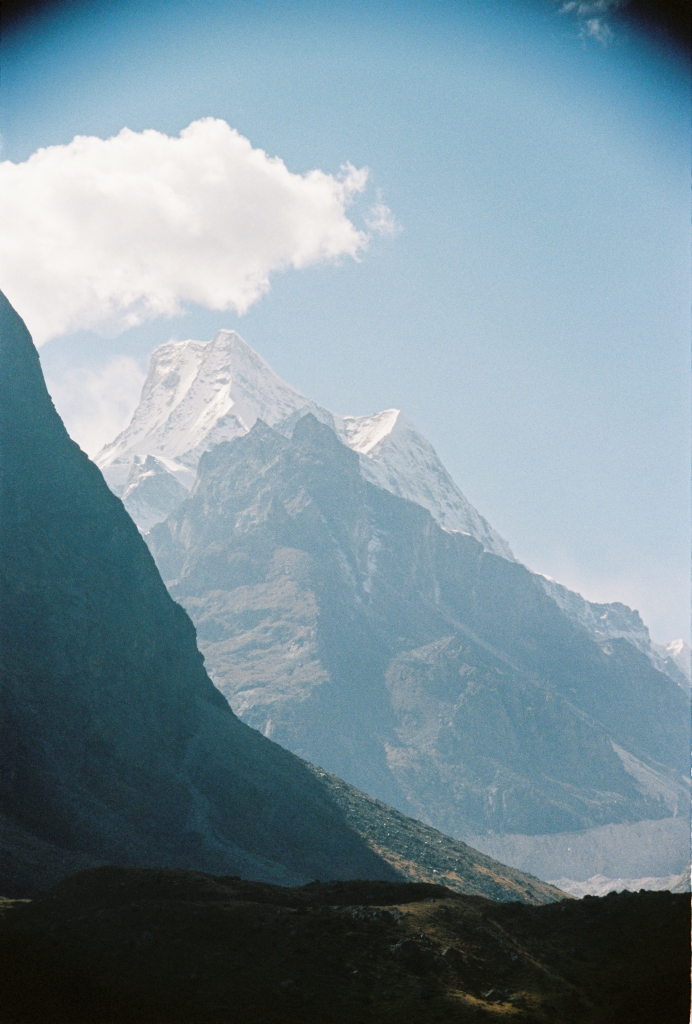 I wrote an article in French about what you can eat as vegan in North India and especially in North-Eastern state between Bangladesh and Bhutan were we’ve been.

Crossing Southeast Asia was a child’s game regarding food

After India and Nepal, we sadly couldn’t cross the land border to Myanmar because the Indian government closed it for two weeks at the moment we had to cross. So, we flew to Bangkok because that was cheaper… and we had a shock landing there! Huge highways, no horns, supermarkets, quiet streets… and as well Thai food which offered incredibly delicious vegan food. From then on, it was always easy for me to eat vegan everywhere, from the street to the restaurants, in Asia you always find “something.” Then we went to Laos, then Hanoi in Vietnam where we bought two amazing scooters. We then road-tripped in Laos, Vietnam, and Cambodia for 3 months with the bikes, a tent, some blankets and wide smiles on our faces! The only country that was a bit “difficult” for me was Cambodia because the food wasn’t good in general. 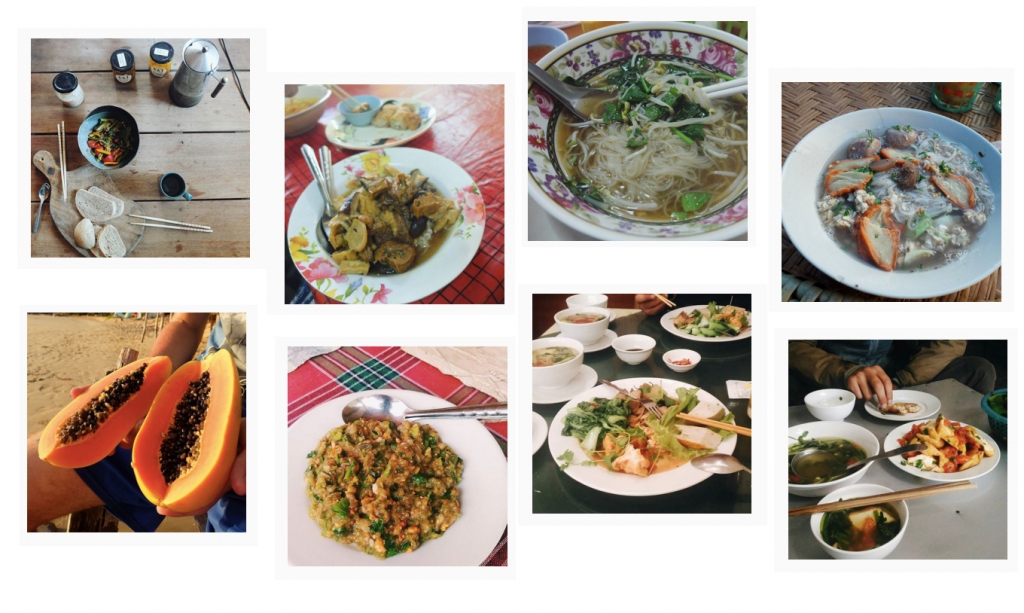 Various vegan dishes in South East India, from my Instagram

First of all, I have to say that despite their love for meat and the terrible conditions for animals in this country, Vietnamese are amazing cooks, AND they have vegetarian and often vegan locals restaurants called “chay” which are truly amazing. Vietnamese chay cuisine was a true surprise in terms of taste, ingredients, and creativity. We don’t have Vietnamese restaurants like this in France and that’s a shame because it is INCREDIBLE. Of course, they use a lot of soya and mock meats, but also a large range of veggies I didn’t even know.

In HCMC we were staying in a friend’s flat, and one of them left to Thailand for ten days, then we had a flat for ourselves and incredible choices in the supermarket so we hit the kitchen, and that was my first time cooking (except during our volunteering) as a vegan after 10 months of veganism… and Asia gave me great inspirations! 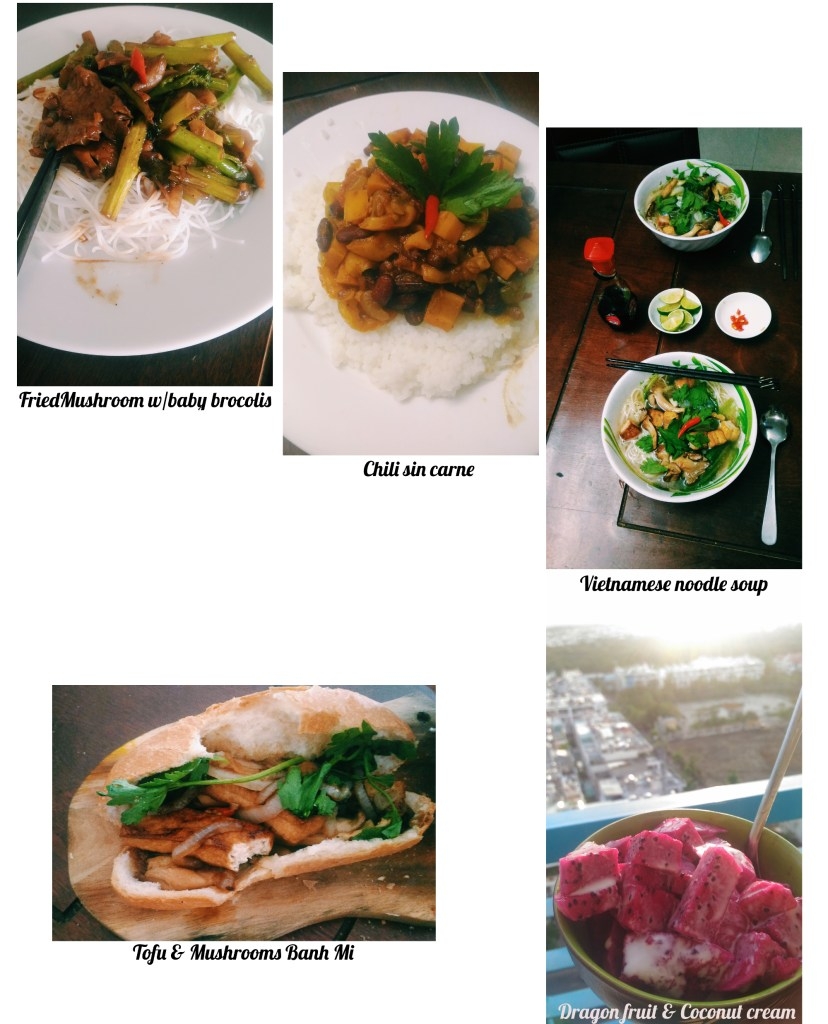 Some things I cooked. I love mushrooms!!!

If you want to read my full experience on my blog, it’s in French (but you can still google translate… or learn French :P).

I hope you liked it. Are there other vegans here who “turned”* during a long trip like that?? (*sounds like turning into a werewolf or something haha)