Deutsches Tierschutzbüro is an animal rescue organization based in Berlin, Germany that focuses on exposing the cruelties of factory farming through undercover documentation, campaigning for the end of factory farming, and promoting veganism.

Cody and I were invited by Deutsches Tierschutzbüro to visit a private residence that is the forever home of Lilly and Sally, 2 lucky piglets rescued from this cruel industry. 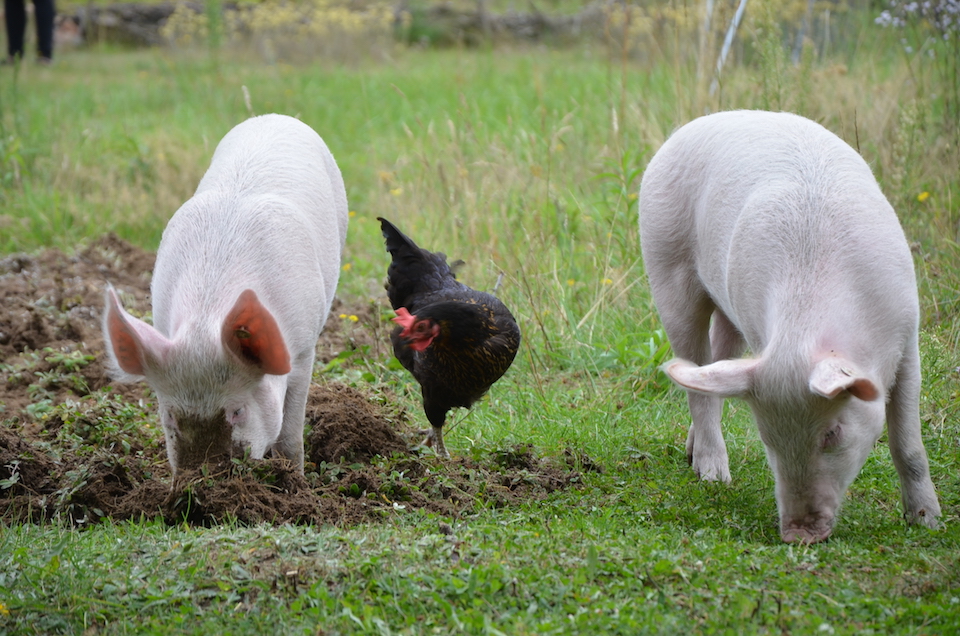 There are several factory farms throughout Europe, but we were also told about a building ominously named Schweinehochhaus (Pig Skyscraper).

This structure is 6 stories high, and it is solely used to churn out as much “product” as possible. Close to 5,000 pigs are forcefully impregnated, confined to small gestation crates, and live their entire lives in a dark and filthy space.

Each litter produces about 15 piglets. The piglets are then taken from their mother, removed from the building, and are shipped to slaughter. 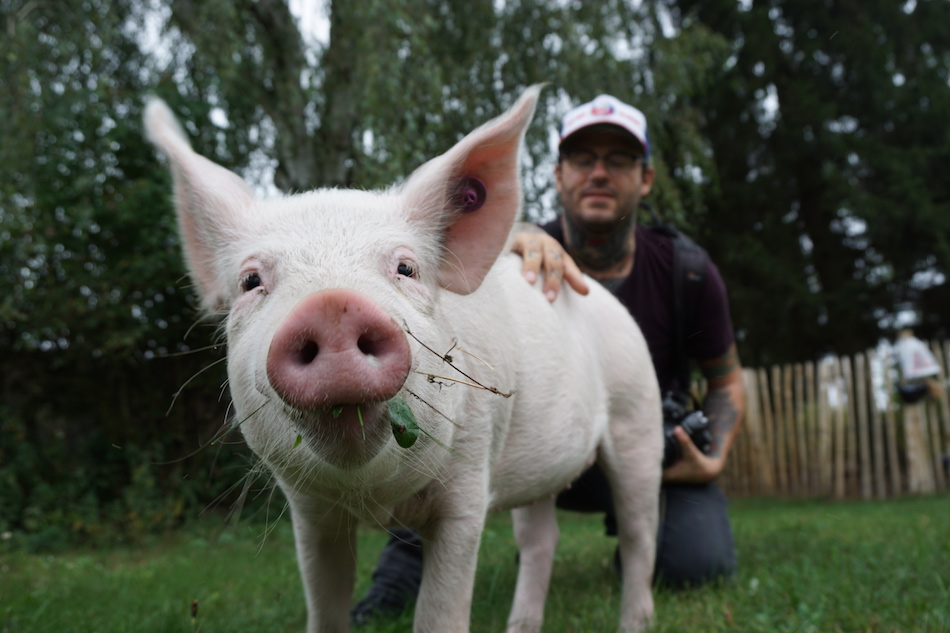 Lilly and Sally did not come from the Pig Skyscraper, but their fates would have been similar had they been born at any facility where they are considered property, rather than sentient beings.

Here at the private vegan residence where Lilly and Sally live, they are free to be themselves. Lilly runs playfully after Cody as Sally roots through the dirt. They eat veggies and oats, sleep peacefully, and even dream.

Their lives will never be cut short, and they will never have to experience the nightmare of being raised for food. 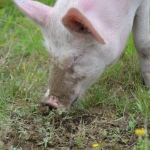 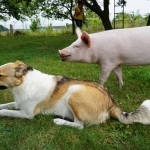 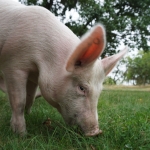 They are loved, just like any cat or dog. And they deserve it just the same.

Deutsches Tierschutzbüro is not an animal sanctuary, although their goal is to eventually start one. Currently they search for safe and secure forever homes before any rescue is made. Once everything is in place, the animals are transported to a safe space. 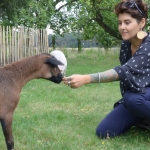 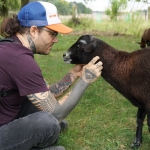 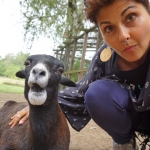 Sally and Lilly were not the only animals rescued. Cows, chickens, rabbits, and sheep have also been liberated from deplorable conditions, and are now thriving at other private homes. 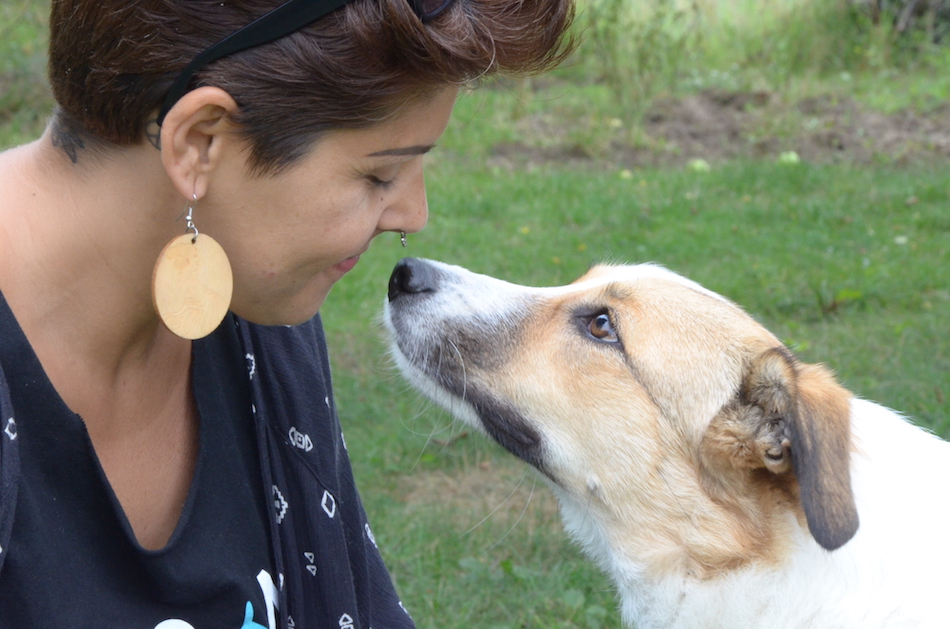 We had a lovely day with the animals and some of the people helping to end the cruelty, and slaughter of these beautiful beings. 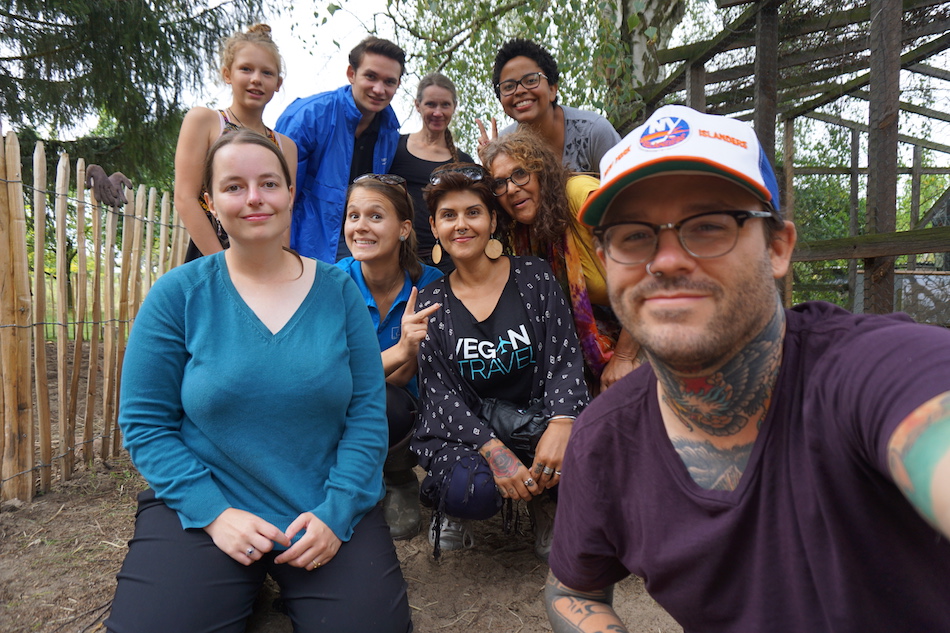