What Not to Do in Thailand 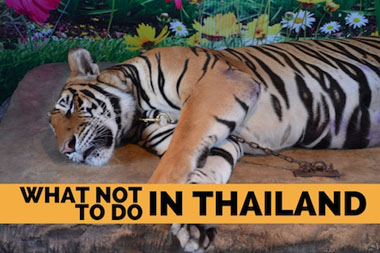 Responsible travel is something that we feel every traveller should participate in.

This type of tourism lessens negative environmental, social, and economical impact, and enhances the well being of local people and animals. 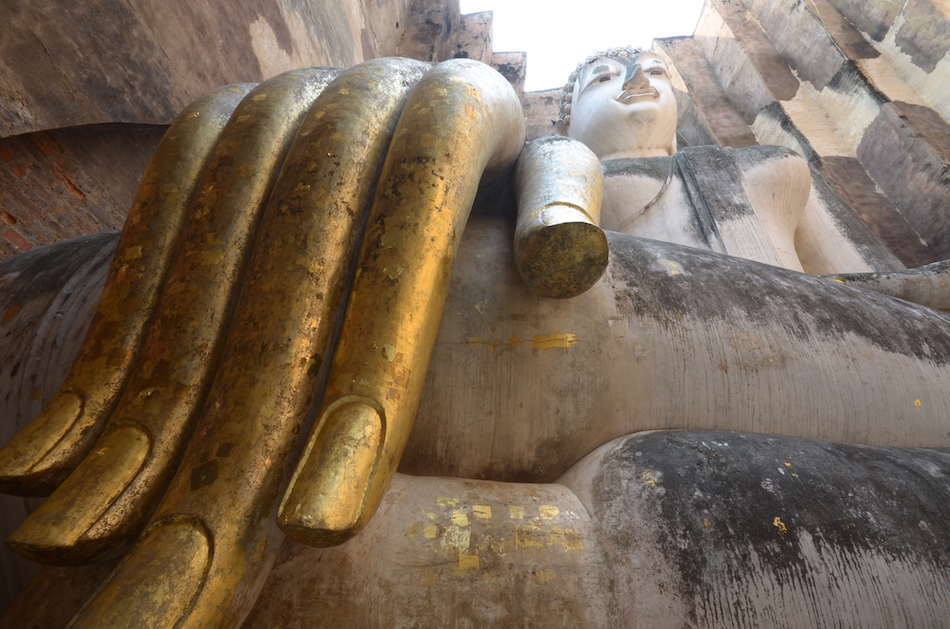 It also supports the principles of social justice and endeavours to respect the environment, animals, and cultures of any particular place.

It is every travellers’ responsibility to do their research before touching down in a country. Caring about others, and being culturally sensitive creates more meaningful experiences that go much deeper than any story about getting drunk and pissing off the locals. 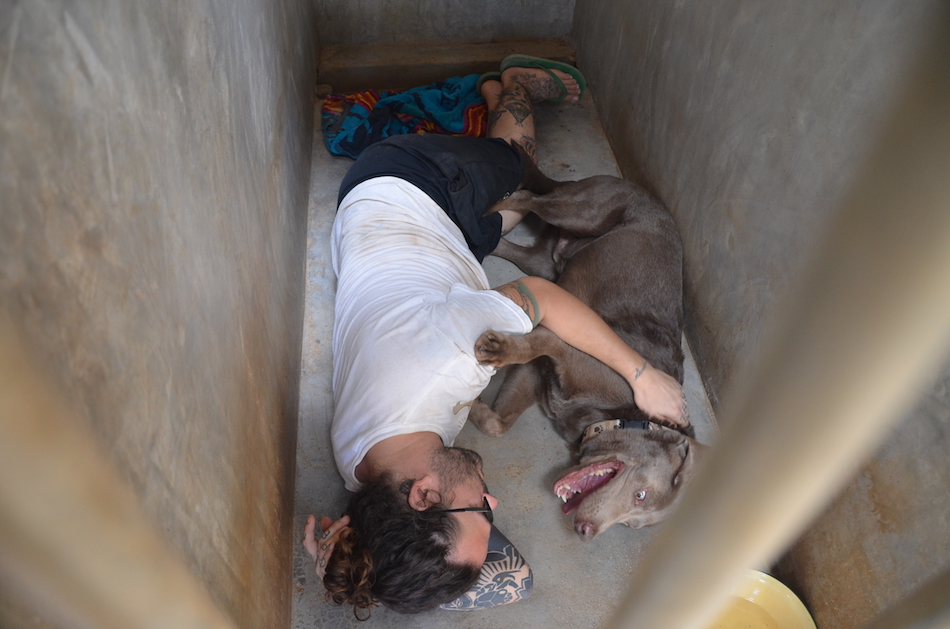 We have spent a fair bit of time in Thailand and are familiar what the locals consider to be respectful. We have also volunteered quite a bit with animals, and have learned a lot through our experiences.

There are very few responsible animal sanctuaries in the country. Unfortunately everyone claims to be doing what is best for animals, but most of the time, profit always comes before well being. 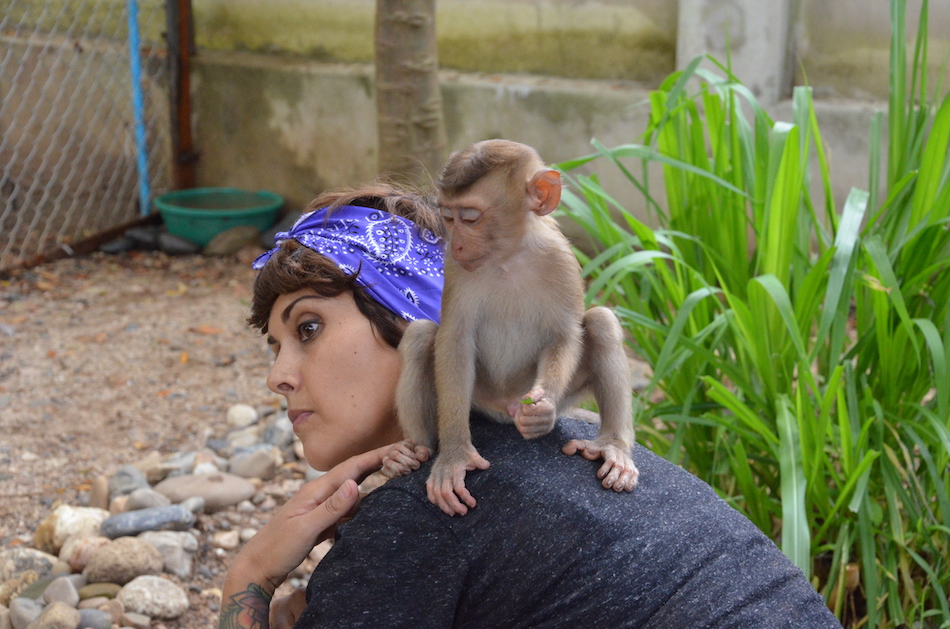 It can be overwhelming to navigate through what is responsible and ethical, and what isn’t, so I wanted to share this blog with everyone to make it a bit easier.

Chances are, if it involves anything to do with animals, some form of exploitation will be present, with a small handful of exceptions.

I remember years ago watching a national geographic special about women from tribes in Burma that would adorn and stretch their necks with large gold rings. 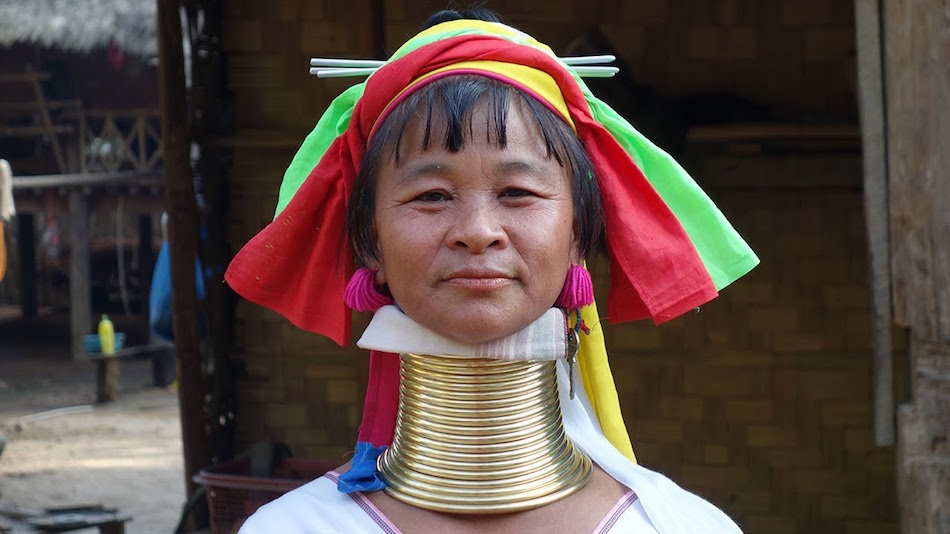 At the time it I found it strange, beautiful and fascinating. I still find the aesthetics of hill tribe people to be beautiful, but when I learned that you could visit a village where Karen long neck women resided, and dug up a little more information, it didn’t sit well with me. These women are refugees who are being exploited by Thai land owners. 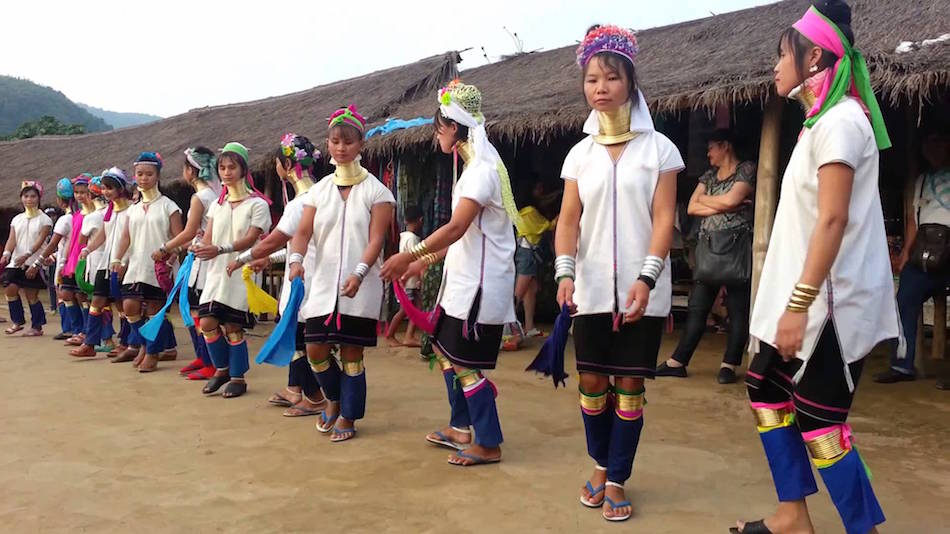 The owners of these villages are making a huge profit by taking advantage and exploiting the less fortunate. It is not imperative for the long neck women to wear these rings around their neck, but many wear them to make more money.

Most indigenous, hill tribe, and people with refugee status-especially women and children-are more vulnerable to child labour, exploitation, and trafficking.

Poverty is the main reason for this. Many of these disenfranchised people remain poor, and are in need of money. They are then easy to control and exploited. 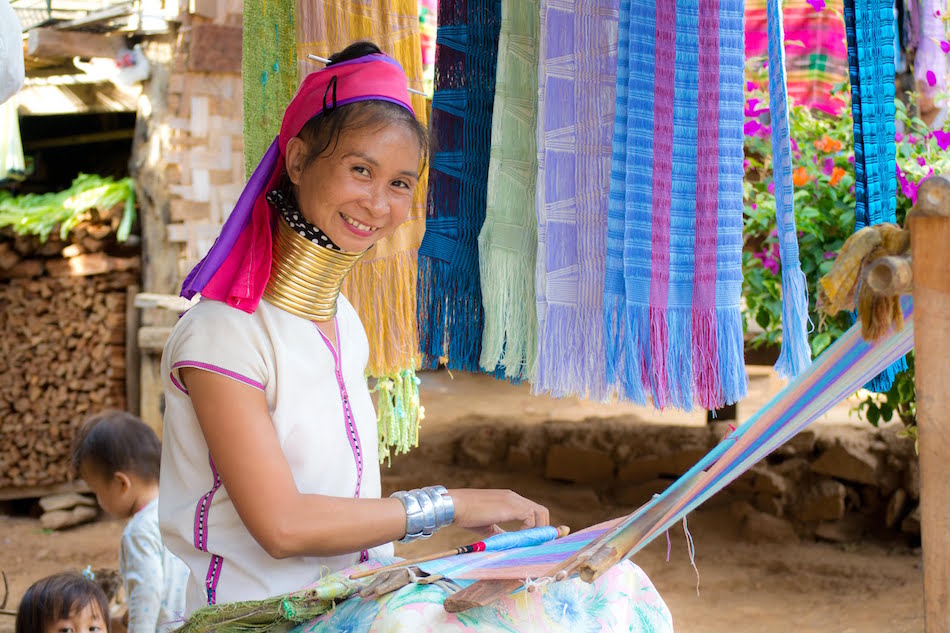 Many also do not possess a Thai nationality or ID cards, which disables them further, as they do not have access to many state services.

If you would like to help out the Burmese refugee community in Thailand you could visit Free Bird Cafe in Chiang Mai where 100% of the profits go to the Thai Freedom House, a community learning centre for Burmese refugees and indigenous people.

Tigers should not be in captivity period. But for the ones that are held captive, they should be living in large natural areas, and people should not be getting in their personal space. 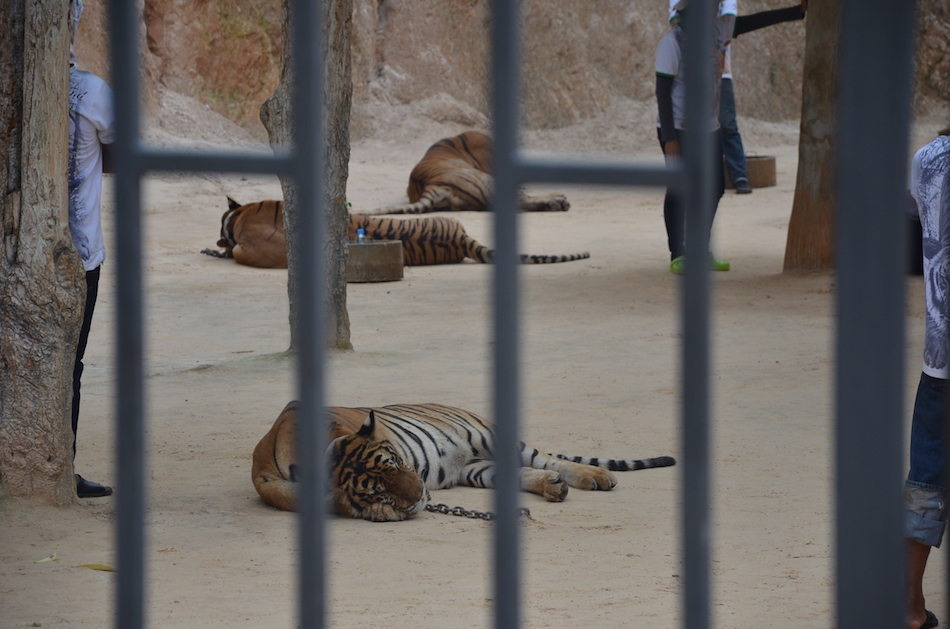 The tigers at any of the so called “sanctuaries” are far from being able to roam free. They are chained up and confined for several hours a day. 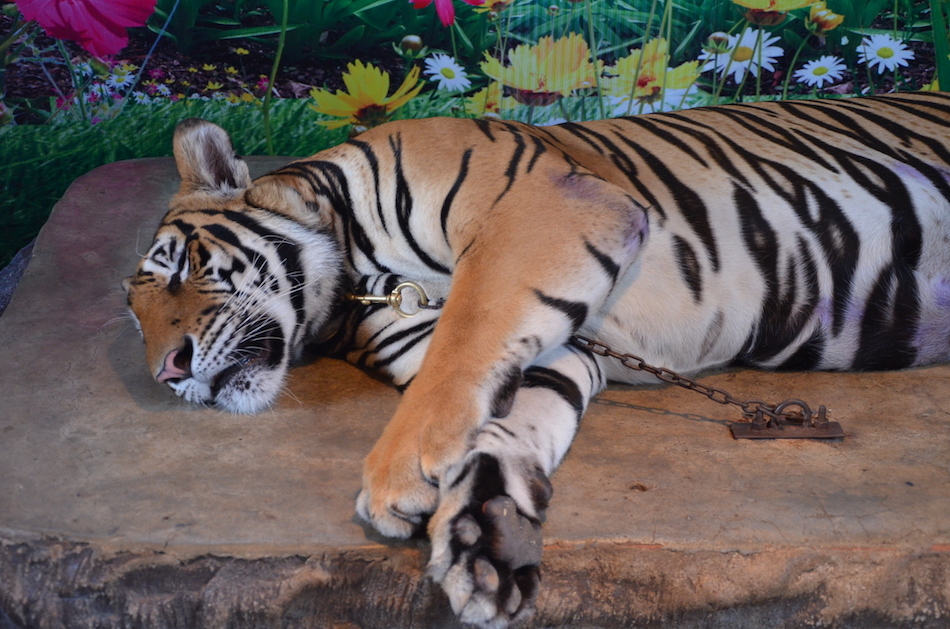 Adult tigers suffer from several behavioural and physical problems, including pacing back and forth and self mutilation.

This is likely due to not having their natural needs met, as well as suffering from abuse. 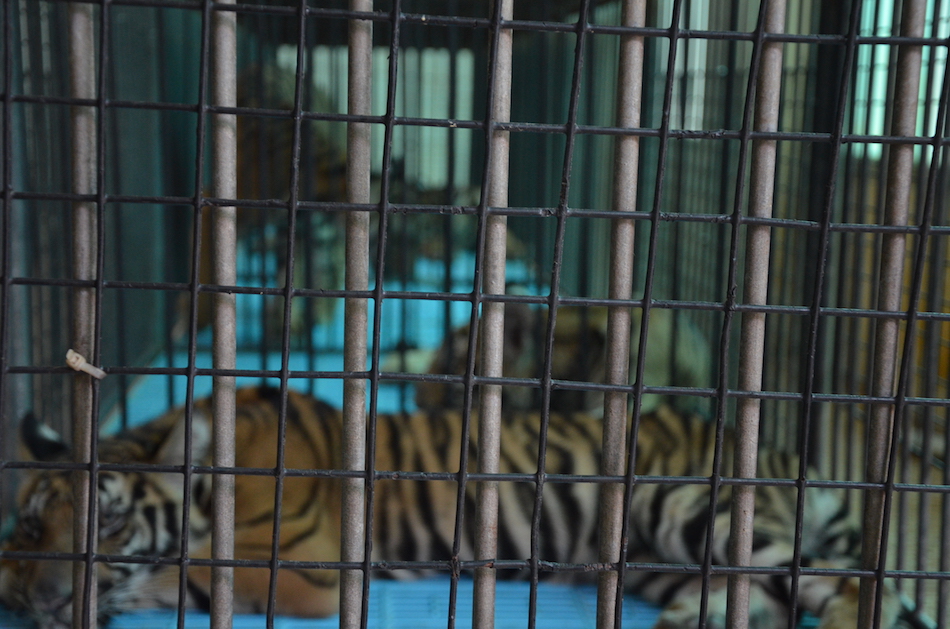 These places of animal exploitation have been said to even go so far as to remove the tigers claws and teeth, even the tendons in their wrists are clipped so they can’t swat or run with a lot of speed to ensure that tourists are not harmed when visiting. 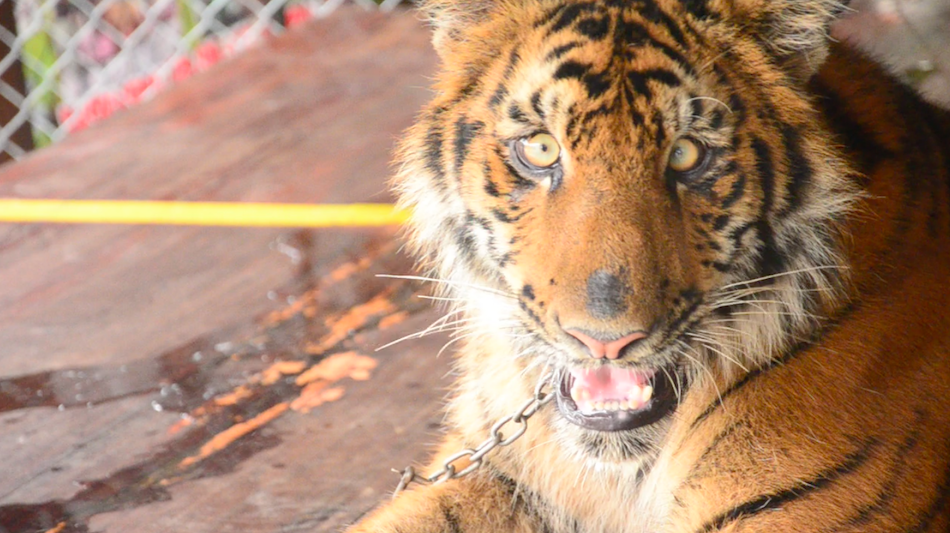 These “sanctuaries” claim that they promote conservation and breeding of tigers, and aim to return them to the wild, yet most animals born in captivity would never be able to survive or fend for themselves if set free, so there is no conservation value.

Monkeys are playful, intelligent beings who should be spending their time being mischievous, and free, not learning how to be more human-like, and subservient. 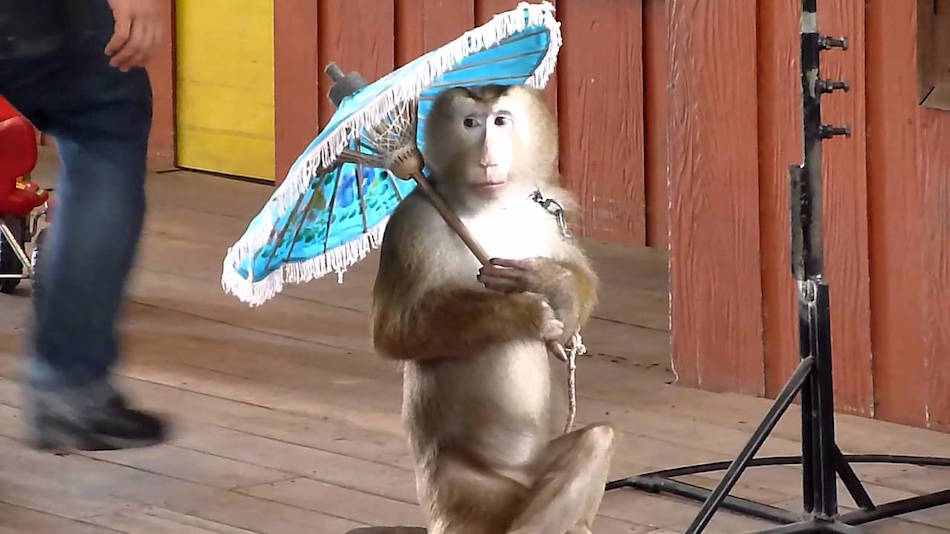 Unlike human tourist attractions, there is not one monkey school that is ethical. Visiting a monkey school is not a unique wildlife experience, it is animal exploitation. 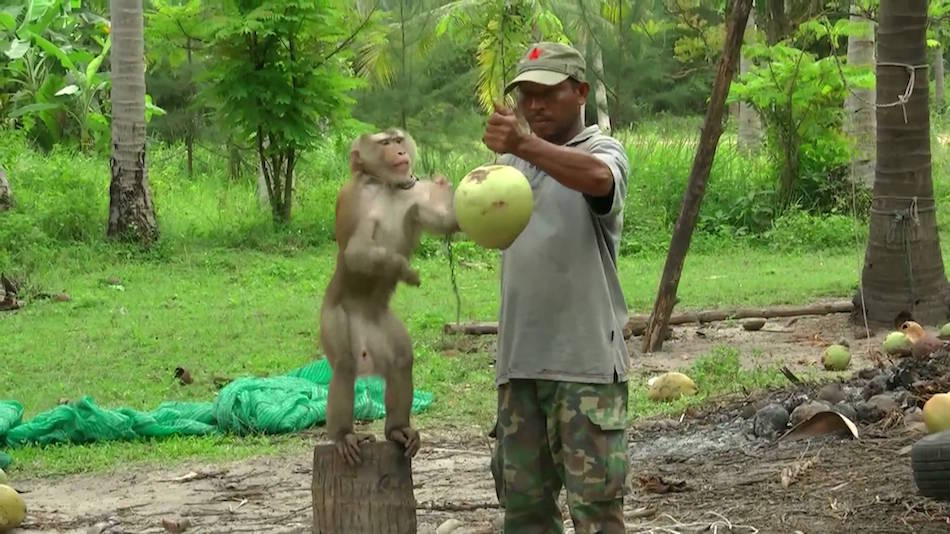 A lot of these schools train monkeys to pick coconuts, a very controversial topic within the animal welfare and rights communities in the past few months.

One monkey school boasts that a trained male monkey can pick 1000-1500 coconuts a day. That doesn’t leave very much time for them to be monkeys, does it? This is definitely not responsible travel.

After visiting these poor creatures trapped in shallow waters, being slapped with sticks and taunted by silly humans, you can enjoy some BBQ crocodile, and purchase crocodile skin items. 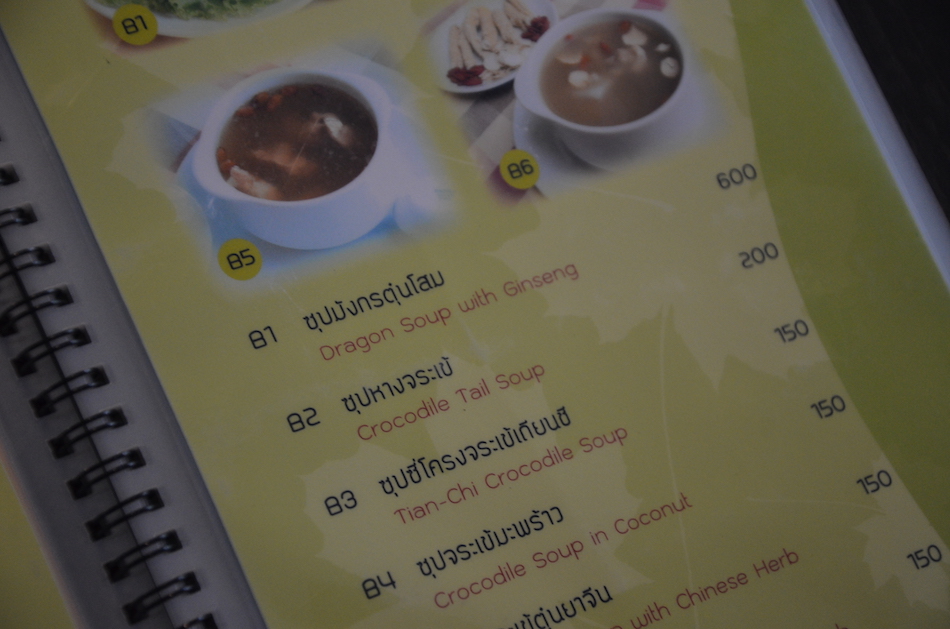 Capturing crocodiles from the wild to supply farms is an ongoing threat to their existence. 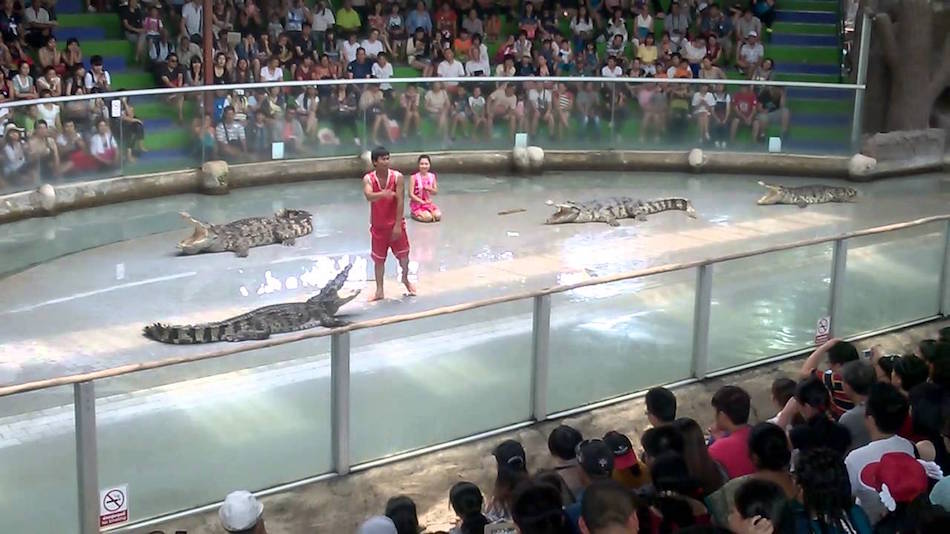 People are picked from the crowd to stand on the crocodiles and pretend to be surfing. This so-called entertainment is some of the worst of it’s kind. 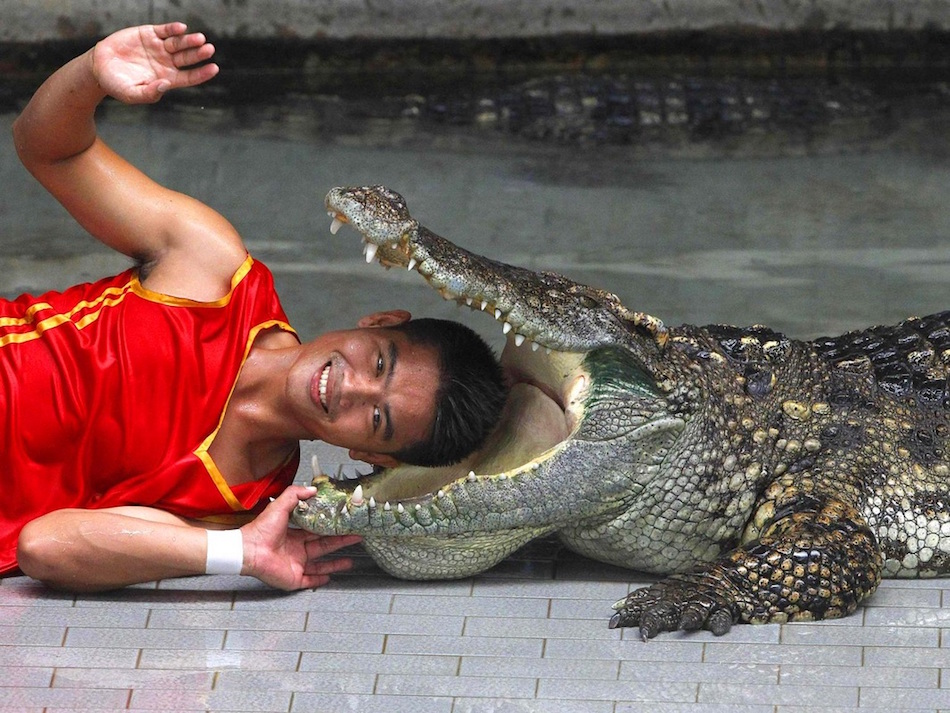 These poor solitary animals are subjected to terrible cruelty.

Safaris usually consist of containing yourself in a vehicle while driving around an extremely large piece of land where wild animals roam freely and people are never able to touch or take selfies with them.

The Chiang Mai Night Safari is quite the opposite. At the night safari, people hop on a miniature train in the dark to view animals. Many of the animals are sleeping and are disturbed by the bright lights on the train and the presence of people.

There is also a tiger show where many people have reported that the tigers looked clearly drugged. There are small cages on concrete floors where animals spend their entire lives. This is not a place for anyone who truly respects animals.

Elephants have long played an important role in Thailand’s history, and to this day the elephant is a lasting symbol of Thailand. 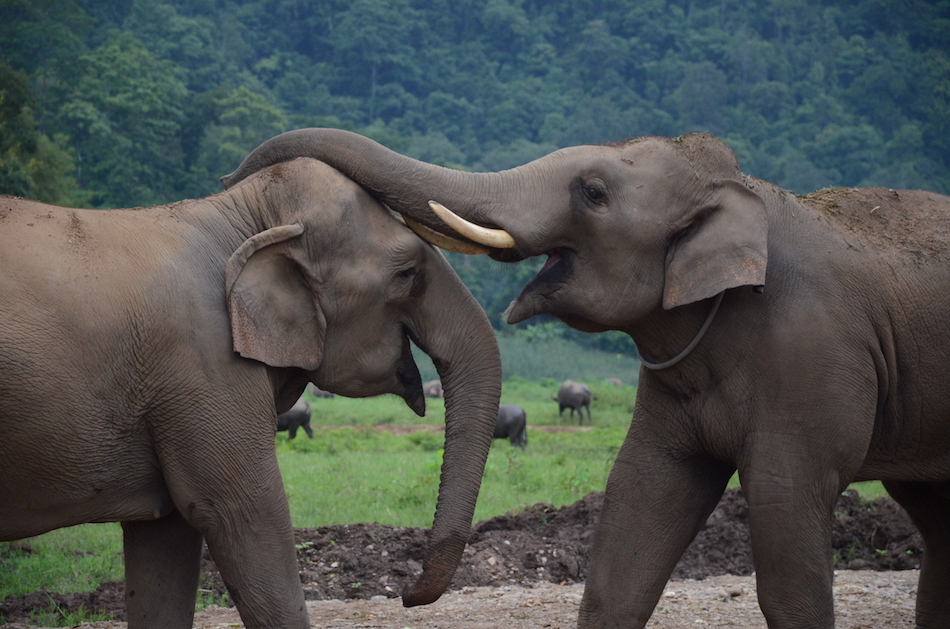 Elephants have been used as tanks in wars, modes of transportation, and veritable bulldozers in logging. And therein lies the problem. Elephants have always been used. For hundreds of years these highly intelligent and emotional creatures have been stolen from the wild, separated from their families, broken, and used for profit. 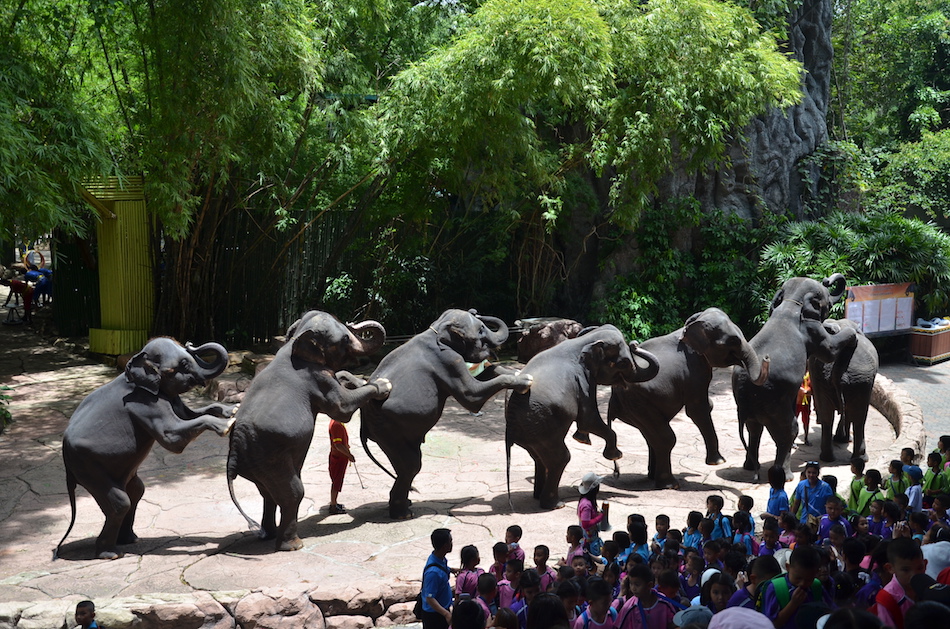 Elephants do not paint pictures in the wild, nor do they play soccer, or throw darts.

One of the cruelest stories I’ve ever heard is that elephants have been drugged with crystal meth to make them work longer and harder in the logging industry. They are worked to the bone until they are no longer of use, and spend the rest of their days in pain and suffering. Some addicted to meth. 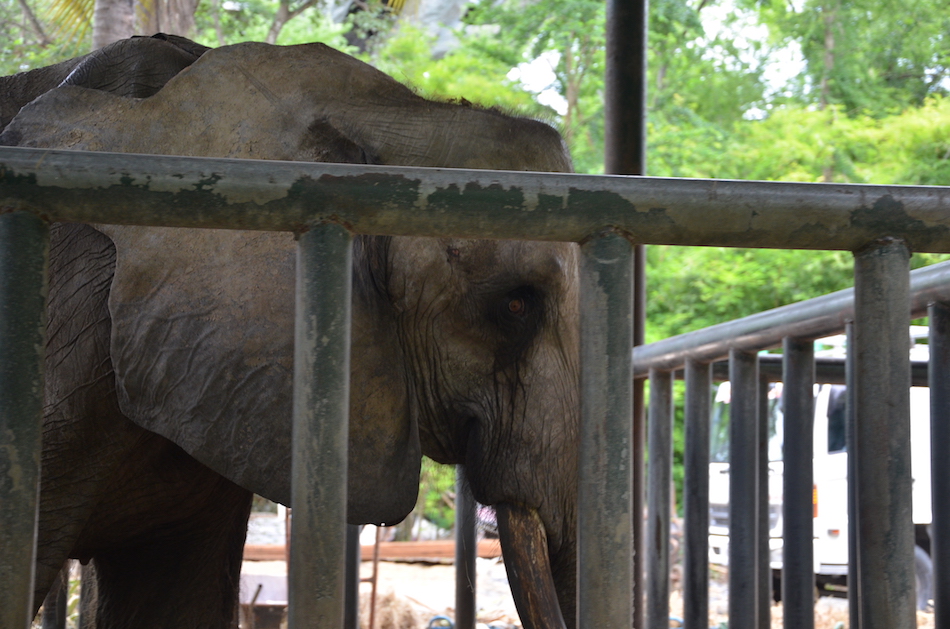 Even if you visit an ethical elephant sanctuary, keep in mind that every elephant you encounter has been severely tortured, and even getting in their personal space and always being around and touching them is taking advantage of the fact that they were broken. 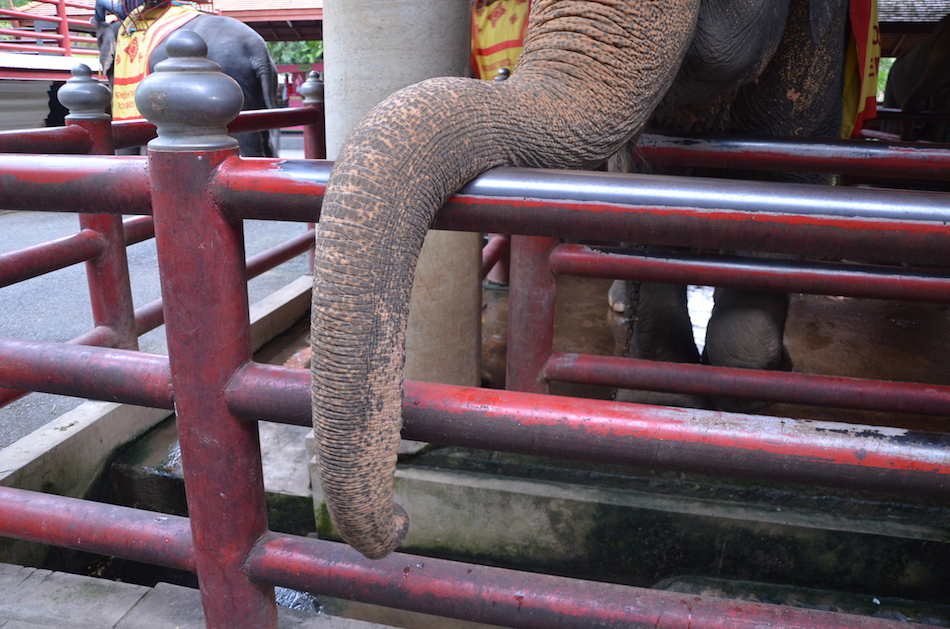 There are no elephant camps that include riding, painting, shows, training, or any kind of entertainment for the benefit of humans that are good for elephants.

After everything they have endured, and the incredible amount of work that elephants have done for humans, it is time to give them their space. 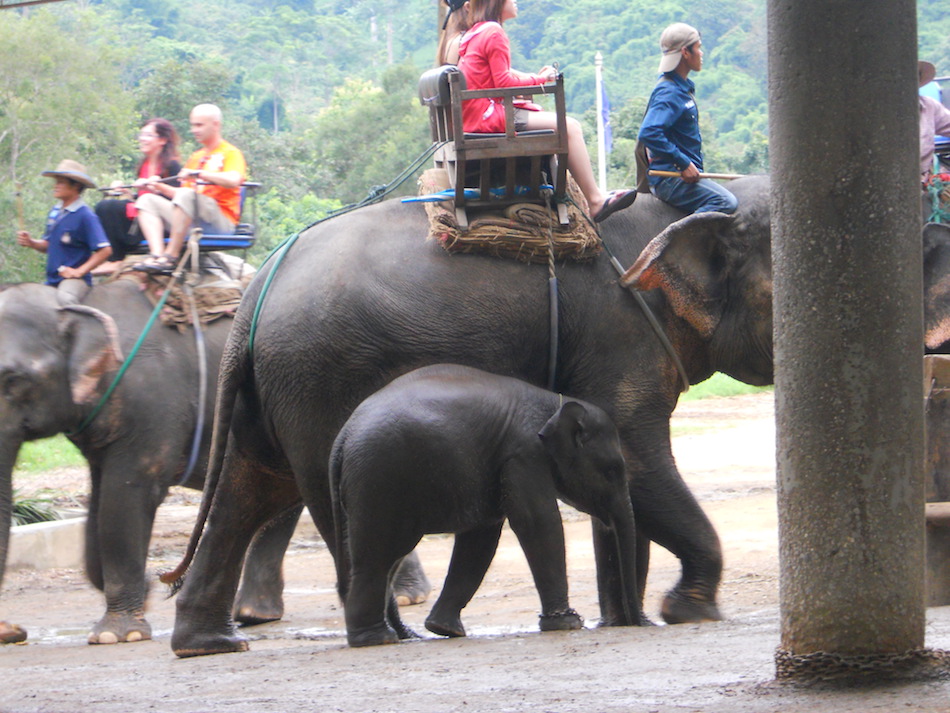 There seems to be this unspoken attitude with some travellers where they feel entitled to dress in as little clothing as possible, or in dirty tattered outfits because after all, it is their vacation.

Although there is always the exception, Thais are conservative in their dress, and they also take pride in their appearance. Bikinis and daisy dukes should be reserved for the beach or swimming pool; they are not to be worn at Buddhist temples where modest attire is expected, or in predominantly Muslim beach towns.

Being loud, aggressive, obnoxious, or causing a scene is also inappropriate, and not welcome anywhere in the world.

Thais are quiet and polite, and they expect the same from visitors. Try to behave as you would at home, assuming you are well behaved in your own country.

Thailand has a long history of rich cultural heritage, and Thai etiquette (at times strict, but always noble), sets the country apart from the rest of Southeast Asia. Thais are welcoming to foreigners, so following some of the basic etiquette of Thailand is very much appreciated.

It can be easy to get caught up in the fun and excitement of a first time visit to a country, especially one as beautiful as Thailand; but being mindful of your manners will take you a long way in a country where being polite is highly regarded.

We get it, we really do. The feeling of being barefoot and the tickle of every blade of grass in between your toes. The cool and smooth concrete floor soothing your soles.

A million grains of sand moving with you along the beach. It feels natural, simple, and soothing. But it may not be the best idea to be travelling barefoot in big cities and on concrete in a country where the feet are considered the dirtiest part of the body.

If you think about it, maybe it’s not so great to be walking all over town where street dogs and cats defecate and urinate, people spit, rats scurry, and broken shards of glass sit waiting for a bare foot to slice open. 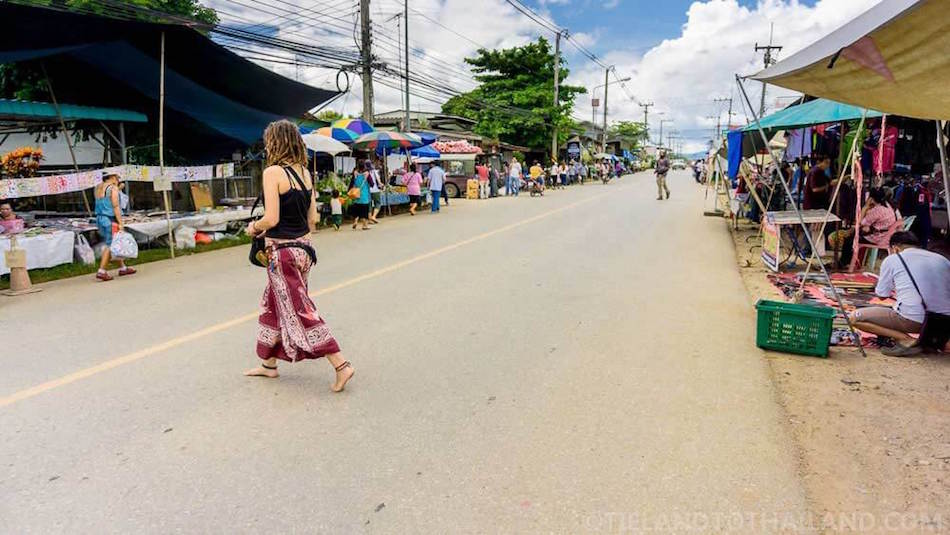 Photo courtesy of From Tieland to Thailand

Hook and pin worms are also a health risk.

Removing your shoes before entering homes, massage parlours, hair salons, and many restaurants is the norm here in Thailand. It is a sign of respect, and of course people do it for practical reasons like cleanliness.

Entering someone’s restaurant, home, guesthouse, or any business barefoot with half an inch of dirt and crud on your feet is extremely disrespectful and insensitive.

The whole spiritual hippy yogi natural earthling movement is all good, but we sometimes get caught up in ourselves, and spiritual materialism, and forget that there are other people around that we should be considering.

This is a big part of being mindful and travelling responsibly.

If you are even remotely interested in being connected and respectful towards the people and cultures in Southeast Asia, I suggest you wear shoes. 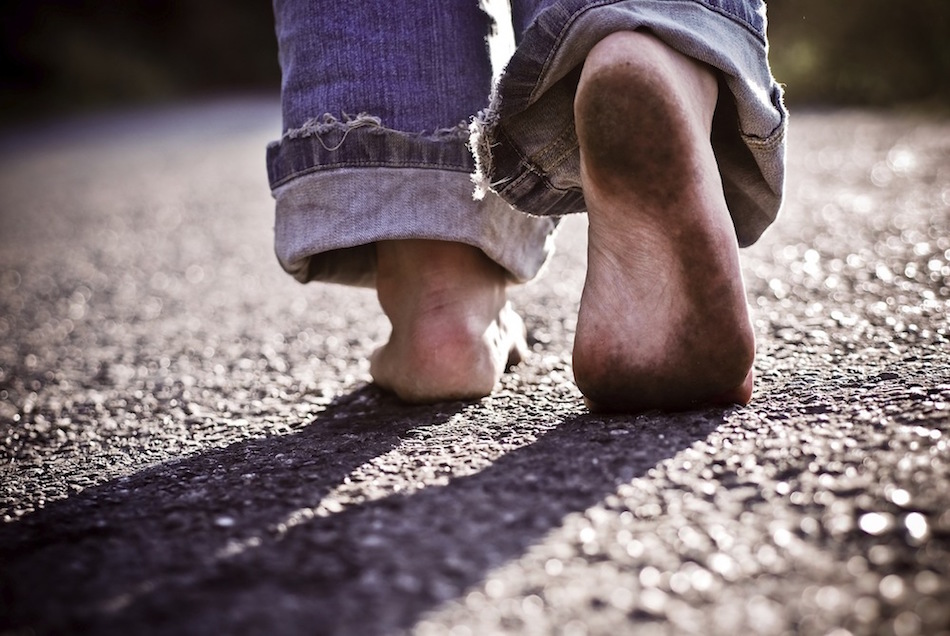 If you wouldn’t walk around barefoot in Sweden or France, why would you do it in Thailand or India?

Think about your reasoning on this one. If it is because people in Thailand or India are less fortunate, and also less likely to ask a tourist to put their shoes on for fear of offending you, you are taking advantage of their culture.

This behaviour comes from a place of privilege. Essentially, we are guests in someone else’s home, so having respect for the cultures we claim to love so much is something to consider. 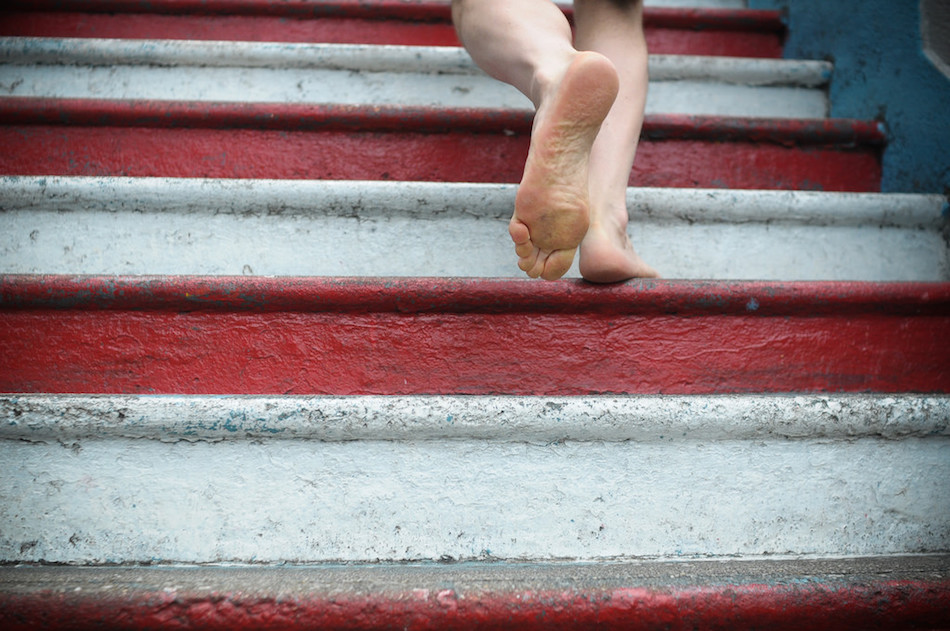 And of course, we have witnessed some serious debauchery in Canada, but there is a certain decorum and cultural sensitivity that should be followed while travelling.

Whether you are interacting with animals or humans- be a positive ambassador for your country.