Vegan Pizza Takes Over the Gulf 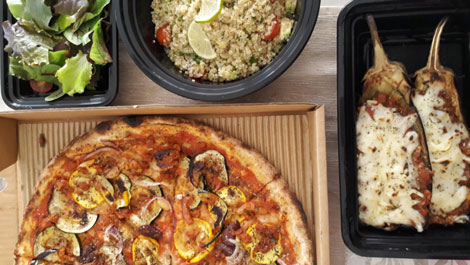 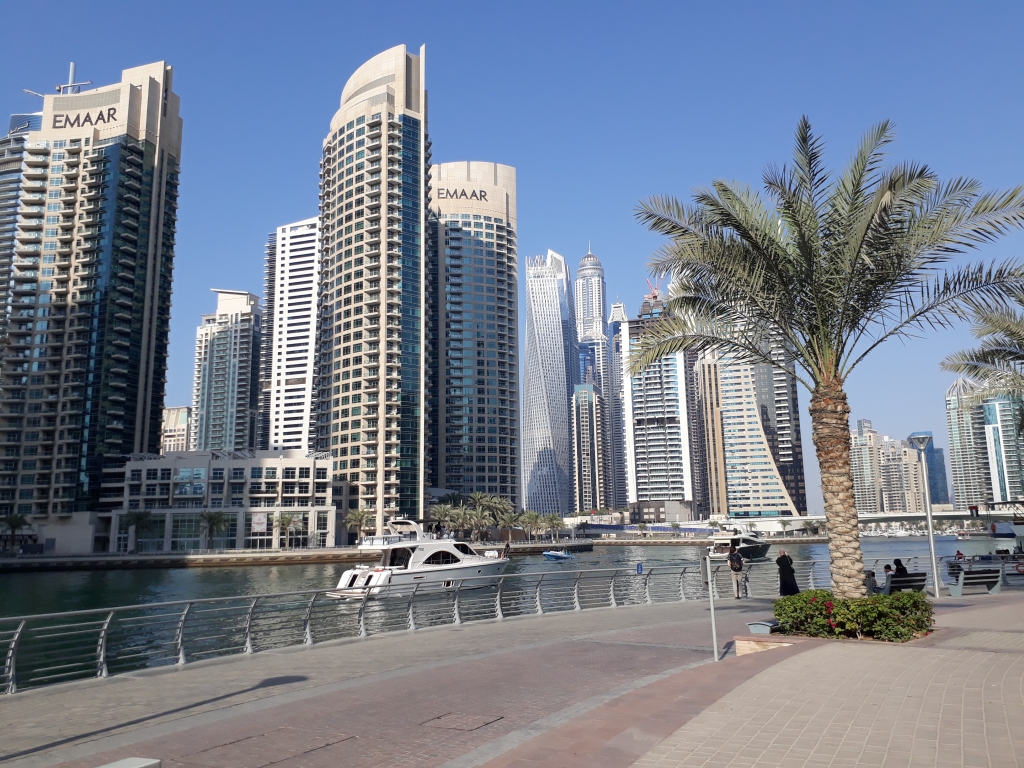 In the Arab Gulf, we have ample access to authentic Indian cuisine and an array of Mediterranean delights, but there is nothing more affirming to the vegan palate than a proper vegan pizza. We’re not talking about the cheese-less veg pizza or the hummus substitute for cheese. We’re talking stringy, stretchy, cheese-substitutes adorned with or without whatever veggie goodness that may follow. A few years ago, such a treat was a far-fetched dream in this region but in the last two years, a few brave restaurants offered a vegan cheese option and have seen a five-fold increase in demand. So much so that many pizzerias offset the higher cost of non-dairy cheeses just to supply the growing requests for vegan options on their menus. In a classic example of “supply and demand”, several businesses have been forced to create a dedicated vegan menu including salads, sandwiches and desserts. If you find yourself in the Arabian Gulf, here are three vegan pizza options not to be missed. 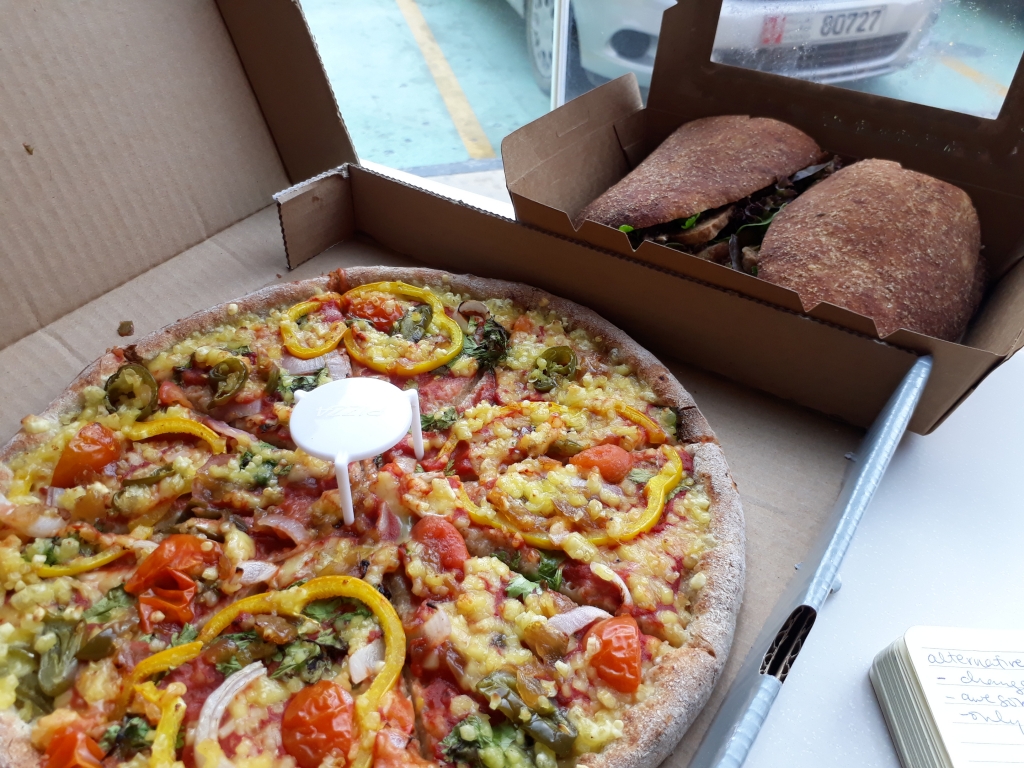 Collaboratively created by the votes of dedicated customers, Freedom Pizza’s latest creation is a tasty crowd-pleaser. Their wholesome multi-grain (or gluten-free) crust is topped with a coconut-based vegan cheese and adorned with freshly picked jalapenos, cilantro, caramelized onions, yellow bell peppers, and cherry tomatoes, all sourced from Greenheart Organic Farms in nearby Sharjah, UAE. Additionally, Freedom Pizza serves an amazing Vegan Tartina Sandwich, Superfood Salad and locally-made, raw vegan treats like Salted Caramel Cheesecake from Coco Yogo and Bounty Balls from Essentially. With a simple ethos of delivering delicious pizza without compromising conscience, Freedom Pizza has something for everyone. It’s one of the rare eateries where everyone from raw vegans to gluten-free diners can enjoy their meal in peace. 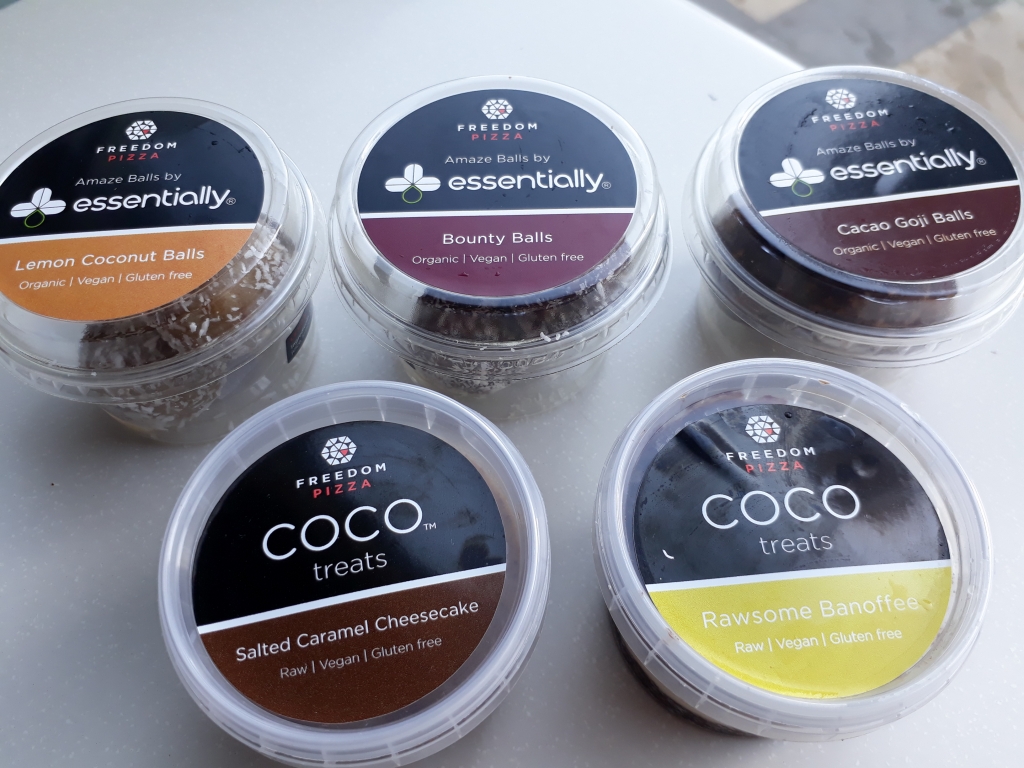 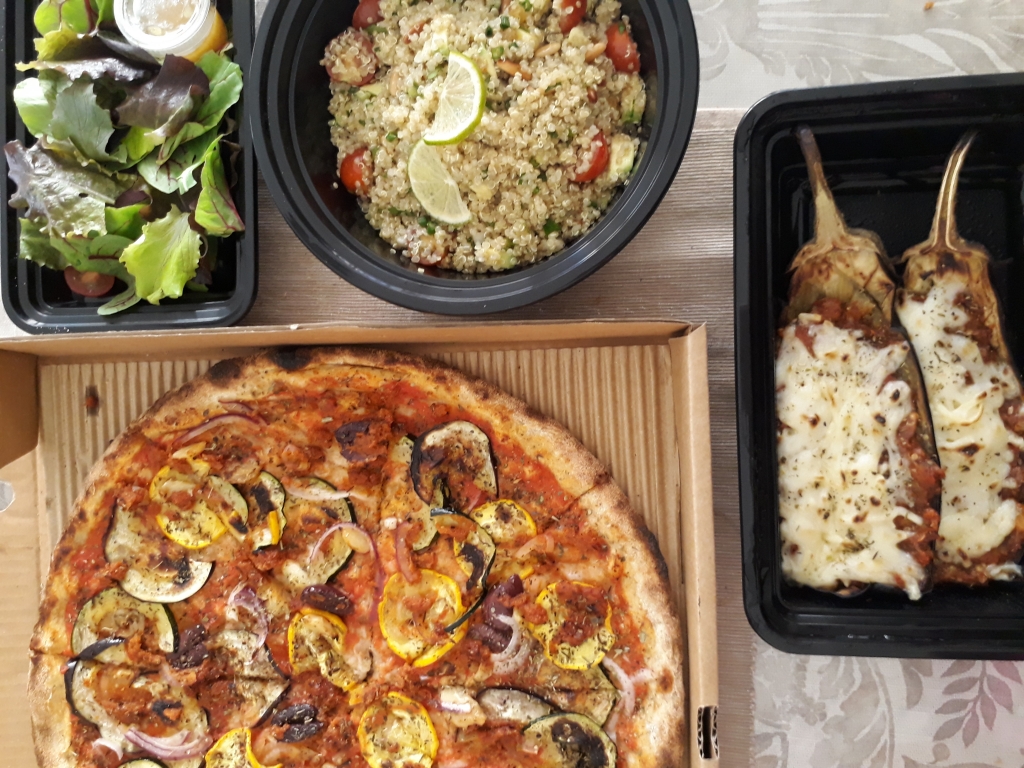 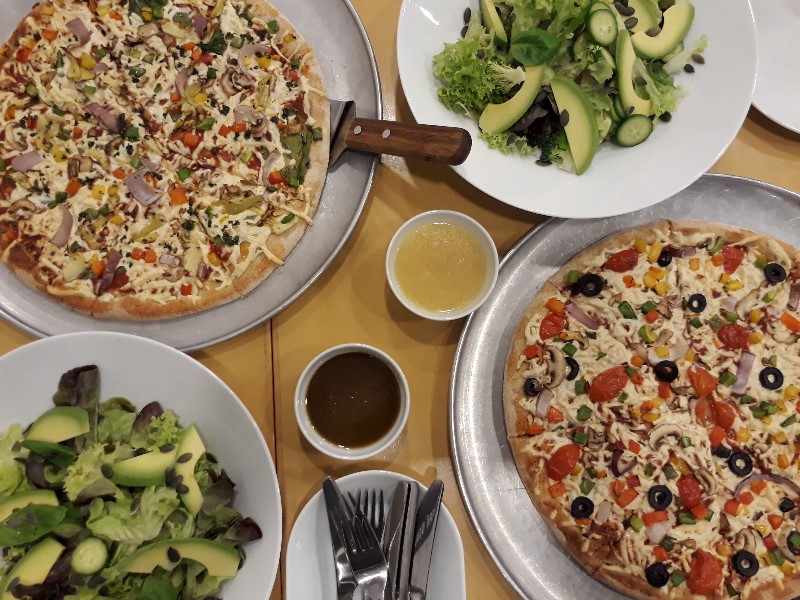 The foundation of NKD pizza is their trademark ancestral 10-grain crust which includes spelt, quinoa, and teff. Followed by a fresh herb-infused tomato sauce and shredded Daiya cheese, the Superbiotic is topped with artichoke, spinach, mixed bell peppers, mushroom, garlic, onion, and cilantro. This prebiotic and probiotic-packed pizza sneaks in more nutrition than you can taste and pairs well with the Green Salad topped with broccoli, avocado, cucumber, pumpkin seeds, and basil. Though founded in New Orleans, the NKD Pizza has reached far and wide in its effort to make shamelessly good pizza with no fillers, preservatives, or ingredients you can’t pronounce. Though my first taste of NKD pizza was in Bahrain, I hope the franchise will make its way to my city soon.