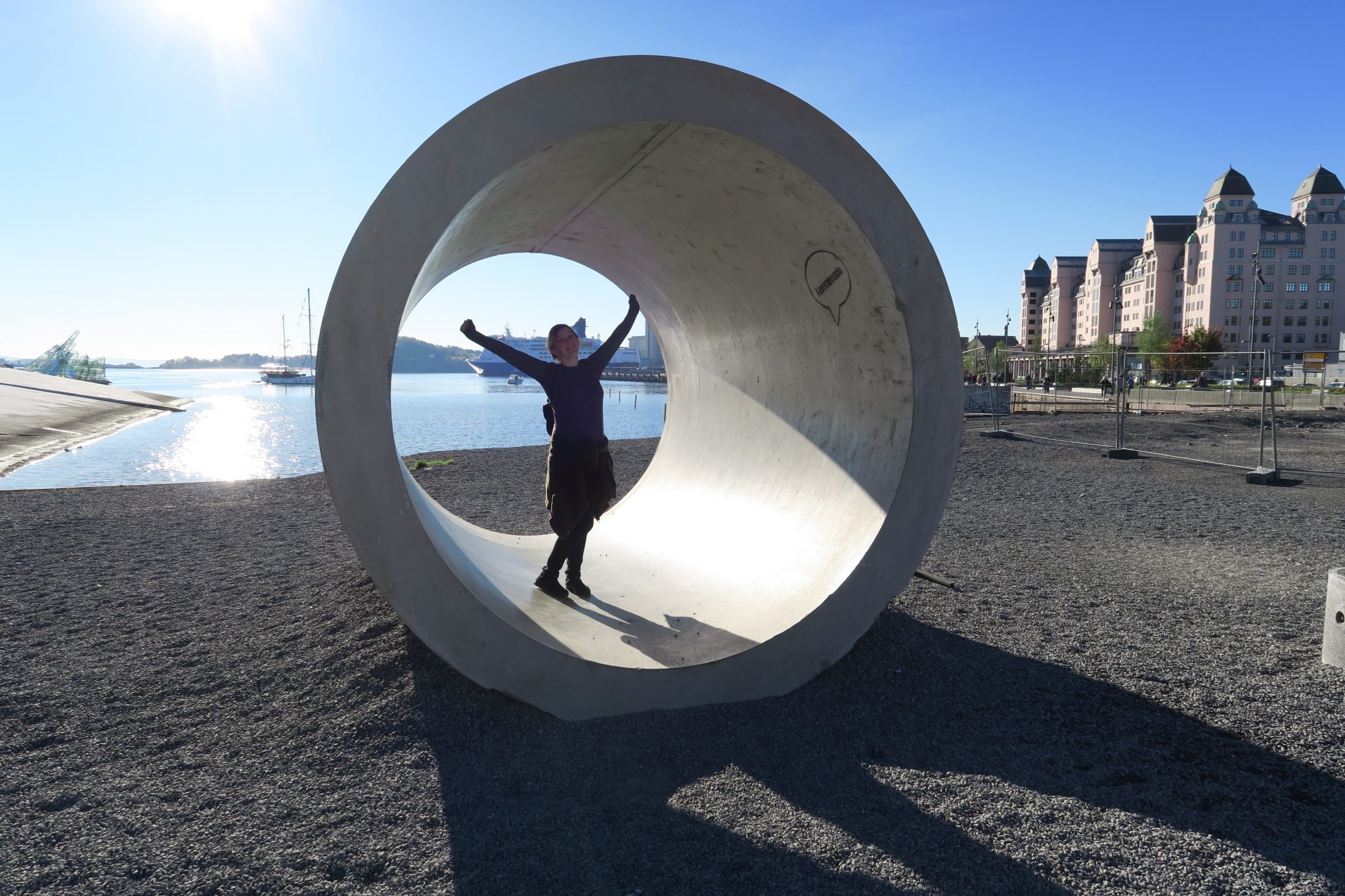 In Oslo for a day!

After eight months of being separated by the Atlantic Ocean (yet again…), my best friend and partner Ross and I received the most amazing news. We were contacted by VeganTravel and selected to be their first sponsored bloggers! Obviously, we were both over the moon about this announcement. Not only did this mean that we could see each other again, something that hadn’t been financially feasible before, but this also meant that we would both be doing something that we love. We would both be traveling, blogging, making videos, and spreading the message and ethics of veganism. Veganism is a movement about which we are both incredibly passionate. For all of these reasons and more, this late Summer was very exciting.
However, with that excitement came just a sprinkling of fear and worry. In just two weeks time, I had to say goodbye to my family and friends, pack my bags full of microfibre towels, and fly to Glasgow, Scotland to meet up with Ross. In all of the packing and preparation for our grand and beautiful adventure, I came to learn a few things about travel.

1.) On long flights, trailmix is your best friend. No, really. I make my own from a recipe that’s about 70% chocolate/chocolate covered things, 20% nuts, and 10% dried fruit. It looks really beautiful, 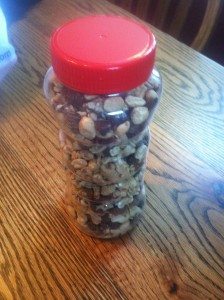 is amazing, delicious, and has a approximately 22 grams of protein per serving. Yow! It really keeps me going, even when there isn’t a vegan option on a flight. This little snag brings me to…

2.) Call your airline way ahead of time to request your vegan meal. Most of you probably already know to call 24hrs ahead, but in some cases I think earlier is better. I am very much a worrier and I always do things really early. I am that person who actually and honestly shows up 3 1/2 hours before a flight. Thank goodness for my earliness in this case, though! For my flight to Glasgow, I was sent around in circles of emails, telephone numbers, automated answering services, and emails because I booked through a United Airline operated Aer Lingus flight through Student Universe and the whole thing was just a mess! I did get my vegan meal in the end, though, don’t worry! All I had to do was use my “Mom Voice” and be very firm and polite.

Finally, very much unrelated to 2…

3.) Ziplock bags are your best friend. Alright, yes, I know that I said that trailmix was your best friend just a minute ago. But hey, we’ve all seen the after-school specials. You are totally allowed to have more than one best friend. Also, Ziplocks are your best friend for entirely different reasons, so it’s completely fine. Shh. Trailmix keeps you nice and full on your flight, but Ziplocks keep you from digging through your bag, throwing your clothes everywhere in a “totes 90s film” moment, and on top of all of that, they save you space! You can fit loads of things in a small bag with their help. You just squish an entire outfit, or maybe all of your socks, into a bag. After that, just lean on the bag and push all the air out. Zip it shut and there you go! Vacuum packed without the vacuum! I really love how organized this is.

I’ve probably learned a lot more than those three things in my travel to Glasgow and recent travel to where I am now in Norway. My head is positively singing with stories and information (and my camera, with photos of EVERYTHING), but I’ve already said so much here. Perhaps next time we meet I shall tell you all of the joys of Glasgow, the treats and sweets that are available in the airport, or how my day in Oslo was both the busiest and the best layover ever. (I’ll also tell you about another of your new best friends, a little powerstick that allows you to charge your small electronics on-the-go!) However, I must rest up for an early flight to the U.S. now, so I will simply say an excited and exhausted “THANK YOU” to the people at VeganTravel who made all of this possible for me and Ross.