Hunting The Northern Lights In Tromsø 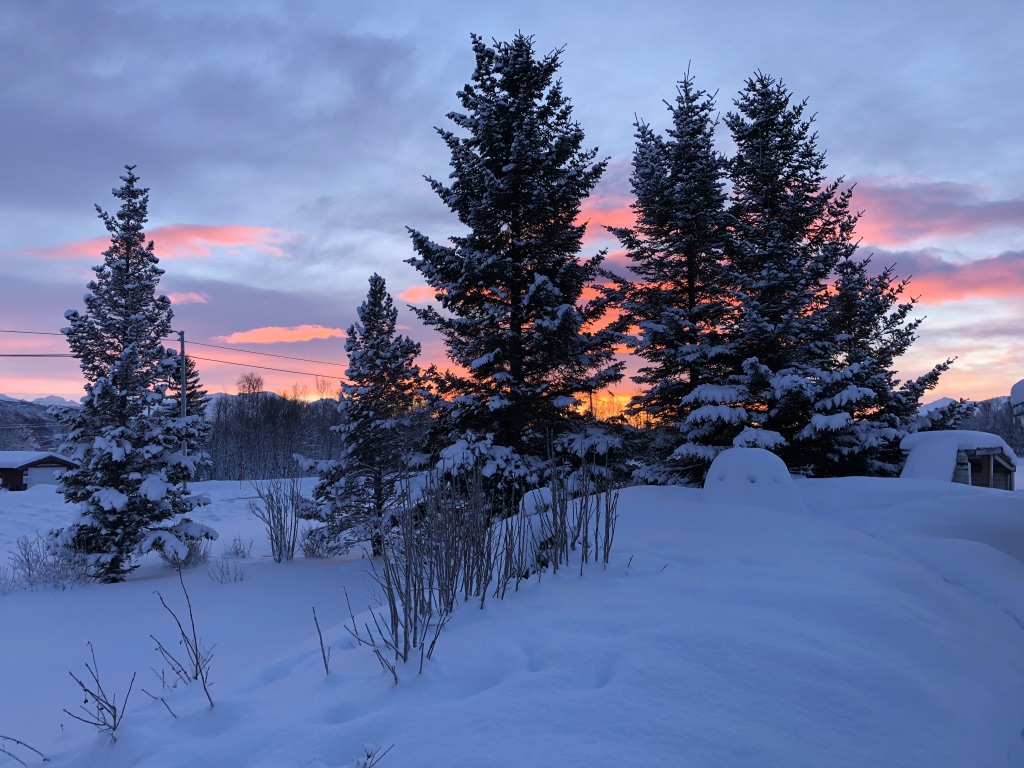 The Northern Lights (Aurora Borealis) have fascinated me since I was a child. I have been wanting to see the green and pink waving curtains of light for many many years. In the depths of the Polar Night and -20C weather I went to Tromsø (northern Norway) in January to try and hunt the northern lights.

We (my boyfriend and friends) stayed in an AirBnB and rented a car, in order to drive around and hunt the Northern Lights. Luckily we are all vegan so we could make warming porridge in the morning. For lunch we would bring snacks like nuts, fruit and cereal bars. In the evening when we came back to the house we would cook together, normally vegetables and lentils/pasta.

We went on a boat tour and saw the beautiful fjords, orcas and humpback whales. The whales are here due to the herring migration, and to see them was amazing. They are beautiful creatures and need to be protected. The boat crew gave us a lecture on reducing our plastic and how plastic is being found in the stomachs of the wildlife and how fishing nets can trap them.

We tried one restaurant in Tromso called Siverstens Kafe, the only vegan restaurant in Tromso (so far). It is small inside but cosy and the staff are friendly. They have two dishes and cake. We tried both dishes; red thai curry and celery soup. Both were nice and the curry definitely had a kick to it! We also tried the caramelised nut cake, which was needed to face the cold dark snowy weather outside.

Driving around Tromso we saw the nature, fjords and even reindeers.

Most nights it was cloudy with no hope of seeing the Northern Lights. However, one night we finally had relatively clear skies and decided to go out and hunt. We were not disappointed! We started seeing just faint wisps of green light streaming down from the sky. Then we were seeing bigger patches of green light. Finally on the way back to the house we saw a curtain of the northern lights filling the sky with green and pink colours. It lasted five minutes and we saw the northern lights dancing and waving across the sky. The lights would stream, arc and swirl in the sky. The -20C weather and loss of feeling in my feet and hands were worth finally seeing the northern lights.

PS All fur trimmings on coats are faux fur, it was used as further barrier to the wind.