The blogs below were contributed by members of our global vegan community who recently traveled to Europe, and graciously shared their travel experiences with our community. Follow your fellow vegan travelers as they explore Iceland compassionately, meet local vegans and other vegan travelers, and share the amazing vegan food they enjoyed during their travels! They also share the sites they visited, the places they stayed at, vegan shops they found, and the activities they enjoyed doing during their time in Iceland. Some travelers visit animal sanctuaries and shelters in the countries they travel to and kindly share the stories of the animals they meet.

We hope you will also consider becoming a member of our vegan community and sharing your travel adventures so your fellow vegans can learn some new travel tips from you, and we can collectively show the world how easy it is to be vegan and travel compassionately. 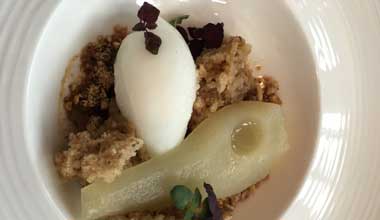 Guide to Vegan Eating in Iceland (and Other Tips)

Iceland has been on my bucket list for a very long time, and finally in February 2017 I went!... 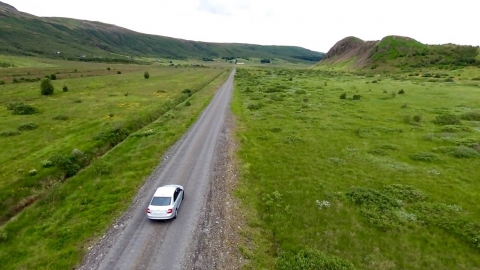 How to Get Around in Iceland

Flying into a place that looks like Mars, I expected it to be pretty difficult to get around from...

Read more
Vegan Food in Reykjavik, Iceland There were definitely a long list of places that came to my mind when thinking of vegan-friendly countries before I even considered Iceland. I had heard about the amount of fish that is popular and I expected to find just that. Surprisingly, Reykjavik has showed me an array of vegan options in the grocery stores and restaurants! Seeing the word "vegan" on storefront windows is a wonderful sight and I am finding them left and right throughout Reykjavik. If you're going to Iceland, check out these locations: [caption id="attachment_19893" align="aligncenter" width="641"] 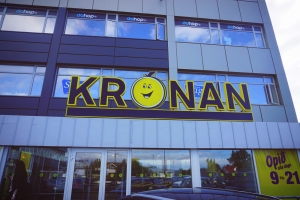 Right across from our hostel![/caption] When Shae and I first arrived at our hostel, Galaxy Hostel, we saw that there was a grocery store right across the street. Because we didn't think we would find many vegan-friendly restaurants, we knew we had to stock up on fruits and veggies from the grocery store. When we got inside we were blown away by the amount of vegan goodies we had the option to buy. [caption id="attachment_19891" align="aligncenter" width="343"] 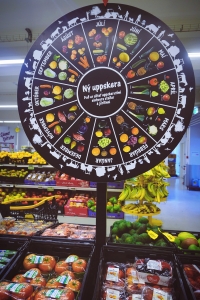 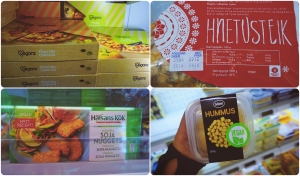 Vegan Pizza, Vegan Soy Chicken Nuggets, Hummus, and something that says "Vegan" but we couldn't figure out what exactly it was...hahaha[/caption] [caption id="attachment_19895" align="aligncenter" width="768"]

After munching on some pita and hummus from Kronan, Shae and I decided to check out downtown Reykjavik. 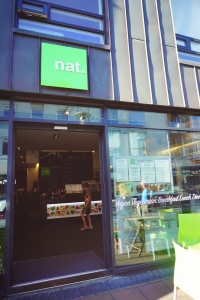 We stumbled across this casual restaurant called Nat which caught our eyes because of the "vegan" sign on their window. Nat is a natural foods cafe with sandwiches, smoothies, juices, and a cold food bar. We decided to create a bowl from their cold food bar. You get to pick 5 options on a bed of lettuce and there were so many vegan options to pick from! 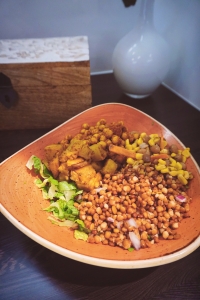 For dinner, I got lentils, potatoes, curried chickpeas, beans, and corn (on lettuce) in my bowl! They were all seasoned so wonderfully![/caption] [caption id="attachment_19898" align="alignright" width="540"] 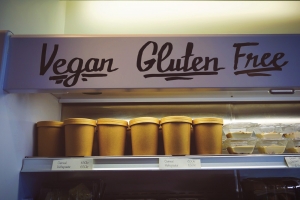 Gluten free options, too![/caption]       3. GLO Glo is a really cool more or less "upscale" restaurant. You walk in, order from a short menu of what is available that day (always changing) and then pick 3 side options. Vegan options, and the menu denotes what is vegan and gluten-free on the menu! We went for dinner one night and tried two of the three vegan options available out of the 5 options on the menu. The food was delicious and very fresh tasting! The beets were my favorite! 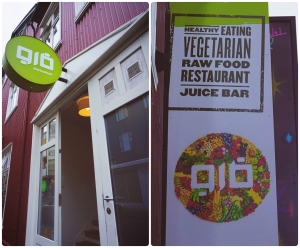 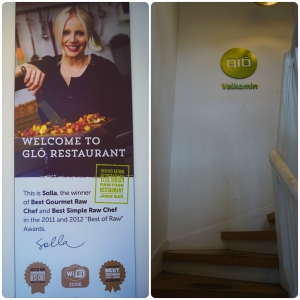 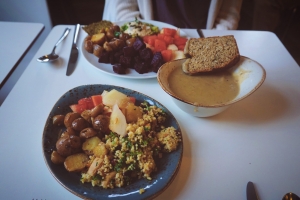 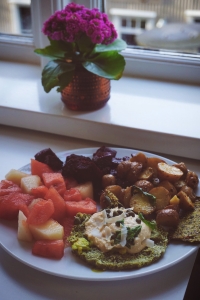 Raw basil bake with watermelon and santa clause melon, beets, potatoes, and a raw cracker.[/caption]       4.  Vinyl Vinyl...oh vinyl. Vinyl has so far been hands down my favorite. The only 100% vegan place we have found. Cool lighting, artistic decor, and people DJing vinyls the entire time. We tried the samoa cupcake and hot chocolate. I haven't had a samoa since going vegan and I don't understand how they got it so PERFECT. I want to relive the moment of eating it over and over again. Wow. I hope we get the chance to come back and try more. Highly highly recommend. 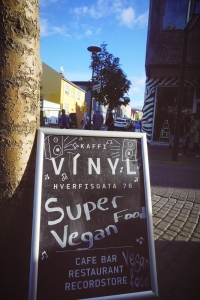 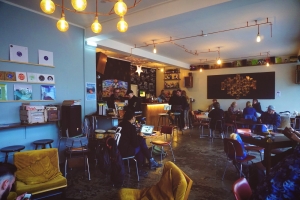 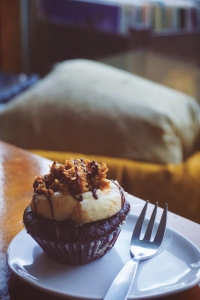 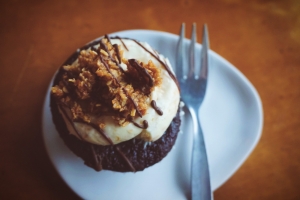 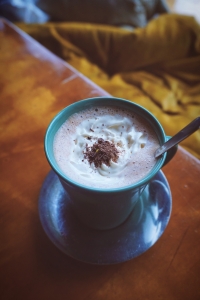 Hot chocolate.[/caption]        5.  Joylato Joylato was an ice cream shop we just happened to stumble across while walking through the town. Of course, the "vegan options" sign caught our eye immediately and we had to come back later to try some. We are SO glad we did. They make their ice creams with liquid nitrogen on the spot so you have the choice between cow's milk and coconut milk. We spoke with the manager and she explained to us that the owner spent weeks trying to perfect the recipes to make the best flavors possible. They now have a selection of 4 perfected flavors. They also only use the best organic ingredients to make the healthiest dessert you can get. The shop has a connected "health foods" store with all sorts of supplements and products. The manager told us that she believes that you can have all the supplements you want, but joy really is the greatest medicine--hence JOYlato. We really had a wonderful time speaking with her and the ice cream was delicious. Wish we could go back again soon. [caption id="attachment_20034" align="aligncenter" width="409"] 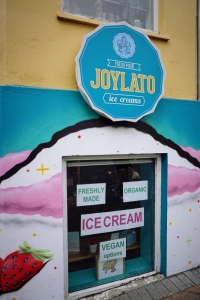 The outside signs that caught our attention! [/caption] [caption id="attachment_20036" align="aligncenter" width="652"] 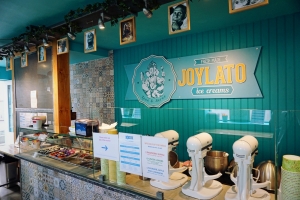 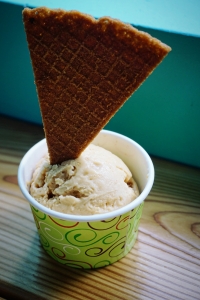 Organic Salted Caramel Supreme[/caption] Others There were some other food place we went by but didn't have the opportunity to try. If you are looking for something more, check out the place next to Joylato, a completely vegetarian (very vegan by looking at the menu) restaurant, or this health food store in the town next to Glo! [caption id="attachment_20042" align="aligncenter" width="669"] 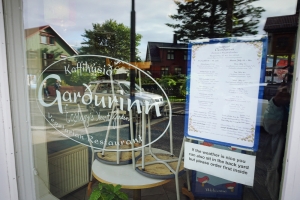 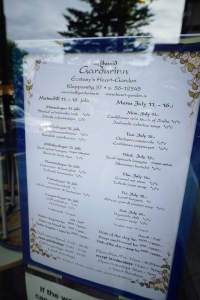 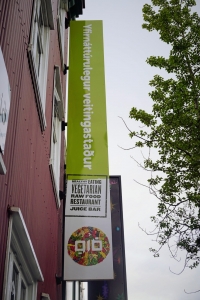 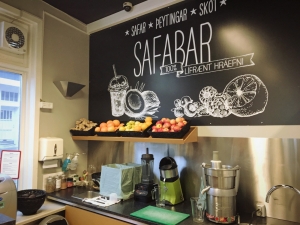 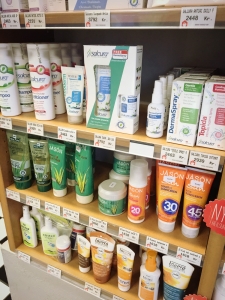 If you run low on your cruelty-free products, you can also get some here![/caption] 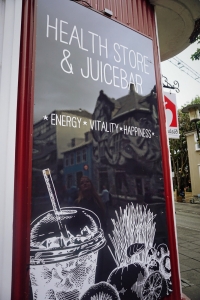 Keeping it Simple There were a lot of places we wished to try, but to keep things a bit healthier and budget-friendly we had some simple meals and snacks in our hostel. Some easy, hostel-friendly meal ideas if you want to do the same are: [caption id="attachment_20053" align="aligncenter" width="526"] 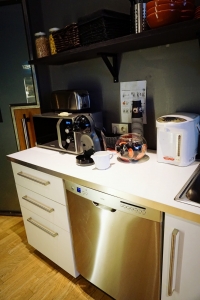 Our hostel kitchen where we made our home meals.[/caption]   I hope this helps you plan your vegan-friendly trip to Iceland! It's very easy to be vegan here and everyone was so kind and accommodating. Let us know in the description if you have any more tips as a traveling vegan! Thanks for a fantastic trip, Iceland and Vegan Travel! Takk! [caption id="attachment_20054" align="aligncenter" width="730"] 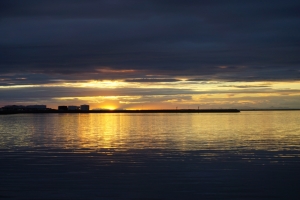