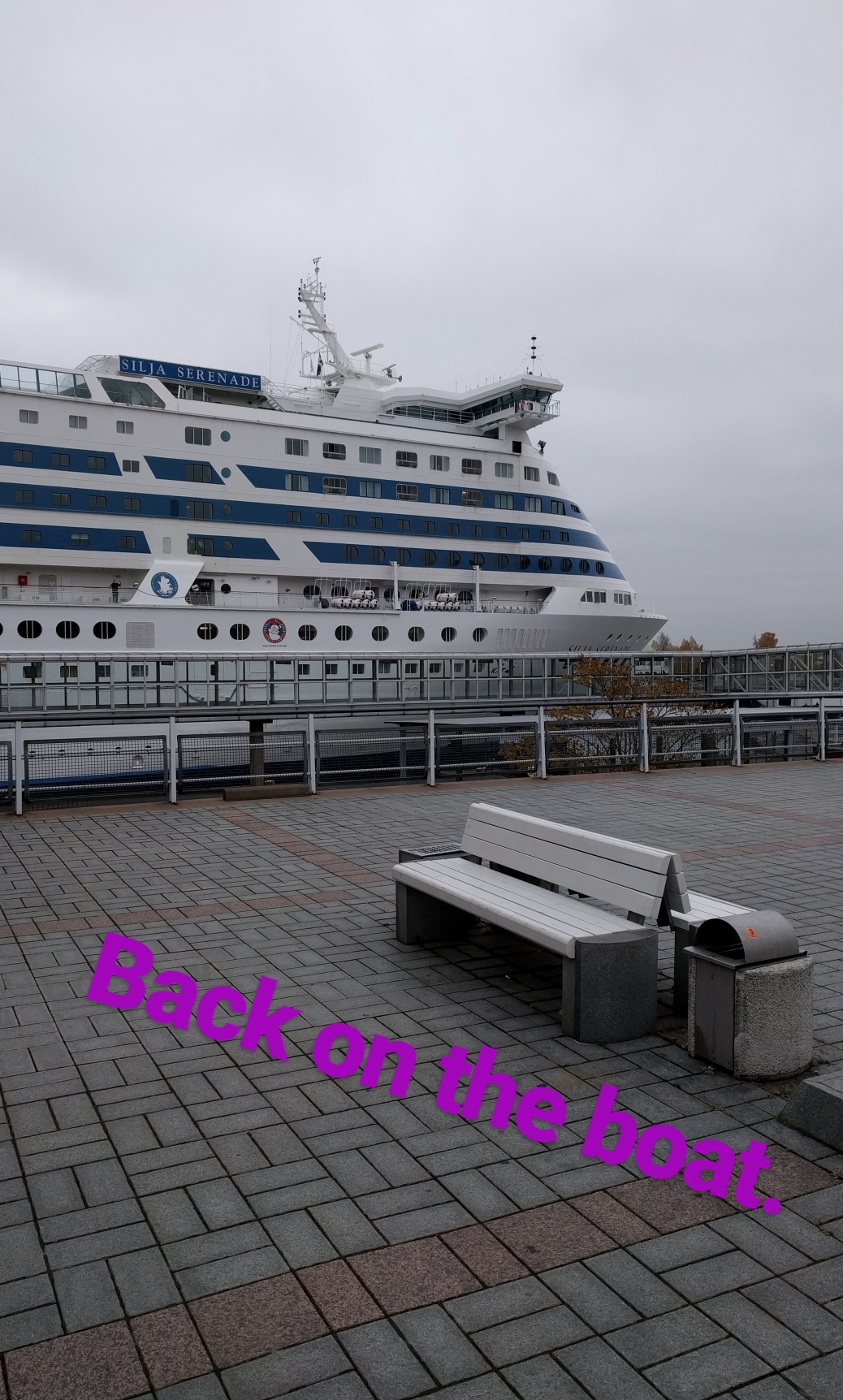 I have a serious travel addiction. It’s gotten to the point that the prospect of spending a whole week in one city while on vacation makes me start to twitch. I start looking for day trips, wine tasting tours, pretty much anything that will take me away from the city for a day or two. While visiting my friends in Sweden I started looking at cheap flights to nearby countries to see if I could sneak away for a day. I actually found some really cheap flights to Helsinki, which got bonus points because Finland was a country I had yet to visit.

I mentioned my intention to go to Finland for a day or two and my friend jumped at the idea, suggesting we take the infamous “Party Ferry” one way. We decided going on Wednesday would be best as it would give me time to adjust to the right time zone and there would still be plenty of time to catch up on sleep once we got back. Since her husband had to work during the week, it would just be the two of us on our “girls weekend” to Helsinki.

During the planning, I came across the last minute deals on the ferry website and it turns out that they had a round trip ticket for less than the one way ticket… and it would save us on airfare! So we booked a whole cabin to ourselves (on the lowest deck, but we weren’t planning on spending a lot of time in the room) for a grand total of $50 USD. Yes, $25 each to spend 2 nights on a “cruise” ship. 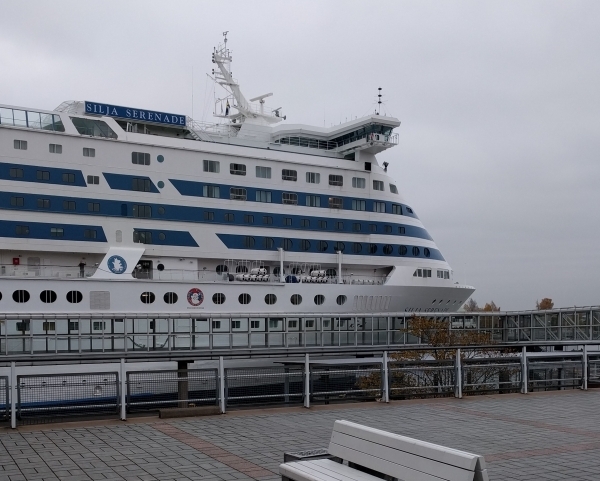 I had heard about this “Party Ferry” before and I had always been curious. Basically it’s a smaller cruise ship that just goes back and forth between Stockholm and Helsinki. It has restaurants, casinos, duty free shopping, bars, and even a night club. The reason for the “Party” moniker is that alcohol is heavily taxed in Sweden, so the duty free alcohol can be significantly cheaper; even the drinks in the on-board bars are cheap compared to typical Swedish prices.  There are actually 2 different lines that run on the route; we ended up on the Silja Line.

The boarding process is similar to a typical cruise ship, but less rigorous than what I’ve ever seen. You just print your own ticket from the kiosk and away you go! I don’t remember anyone ever checking our passports. Musicians play music while you board (ABBA!) and you have your photo taken before being welcomed on to the vessel. I was definitely impressed with the amenities on board; much more than any ferry you would find in North America.

The ferry was not very full on the way over (we were two of perhaps a dozen people in the night club), but we definitely picked up a lot more passengers on the way back. My friend and I partook in karaoke on the way back, closing out the night with a rocking rendition of Livin’ on a Prayer!  We also got our boogie on while dancing in the casino theater to Waterloo! 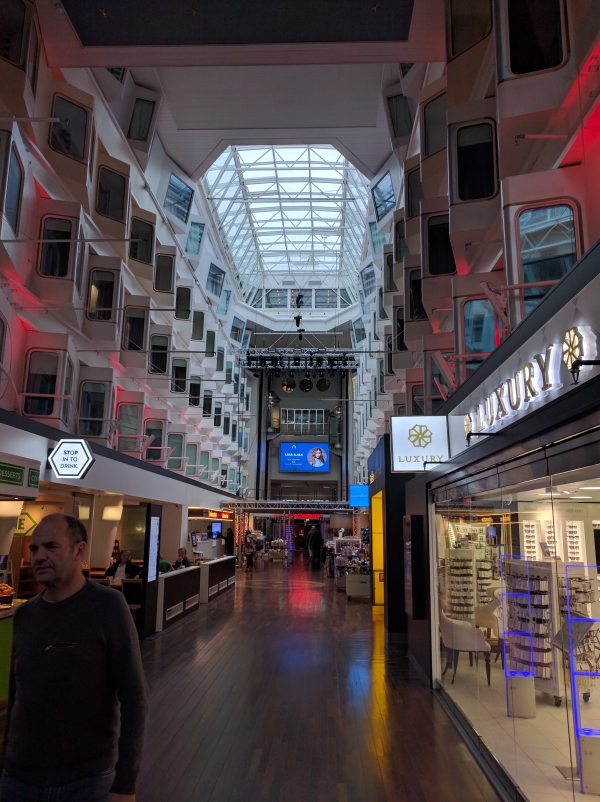 Inside of the ship 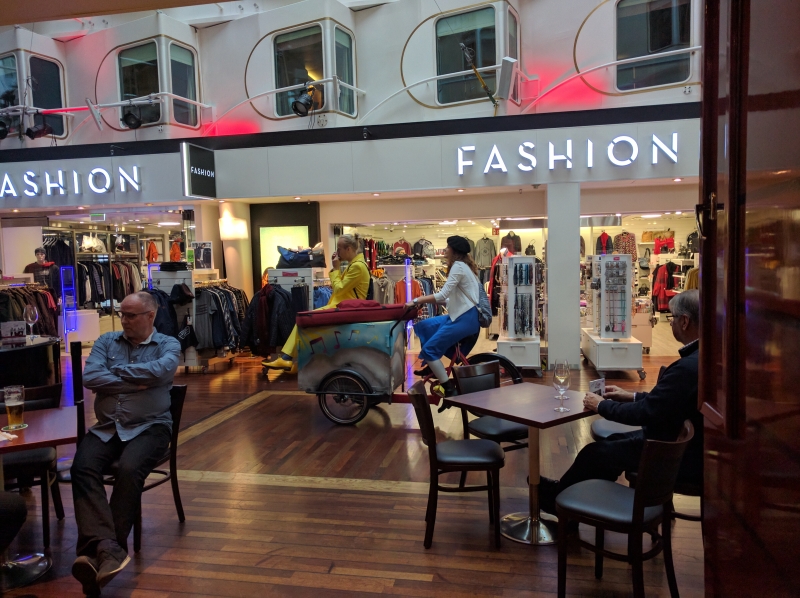 Vegan Options on the Ferry

Vegan options on-board were definitely limited; I ended up eating some falafel balls and fries at the casual diner type restaurant.  Turns out the veggie burger and veggie hot dog both contained non-vegan items (cheese in the veggie pattie and butter in the hot dog bun) and none of the other restaurant options on-board seemed particularly vegan friendly.  They did have milk alternatives at the coffee shop, so I could have gotten a latte in the morning (if we had managed to get ourselves out of bed on time). We took a quick peek into the buffet, but there didn’t seem to be too many options available, though we didn’t actually go in to investigate fully.

Other than that, they had some good snack options in the duty-free store, along with the alcohol, including chips, veggie puffs, baguette crisps, chocolates, seaweed, pringles, and various nuts. I managed to make it through the trip over without too much trouble.  We made sure to stock up for the trip back. 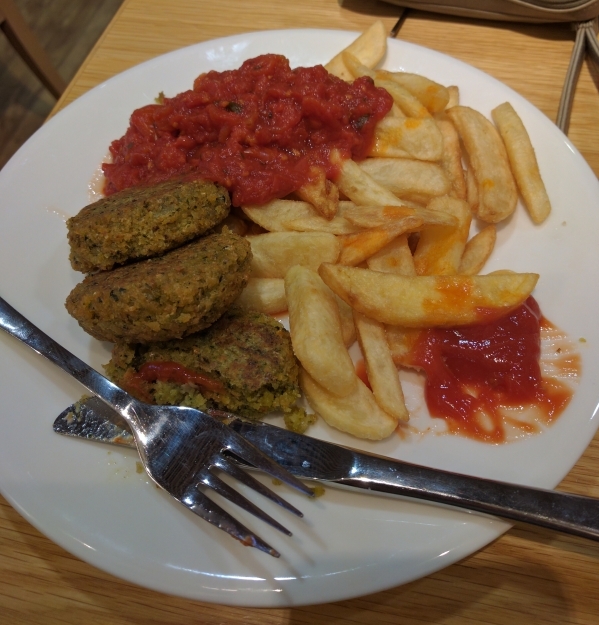 With only 7 hours in Helsinki, there isn’t a whole lot you can manage to do. After making a b-line for Starbucks—both my friend and I are Starbucks mug collectors—we ended up just meandering through town, looking at all the architecture and general city life. We did go check out the “hipster” area of town, which is where we found Soi Soi, a wonderful little hole in the wall type veggie café with lots of vegan options! I ended up ordering too much, but was able to save the leftover for dinner back on the boat. 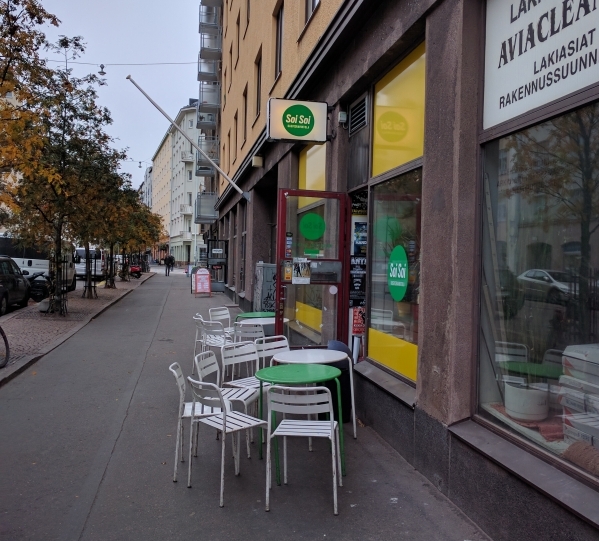 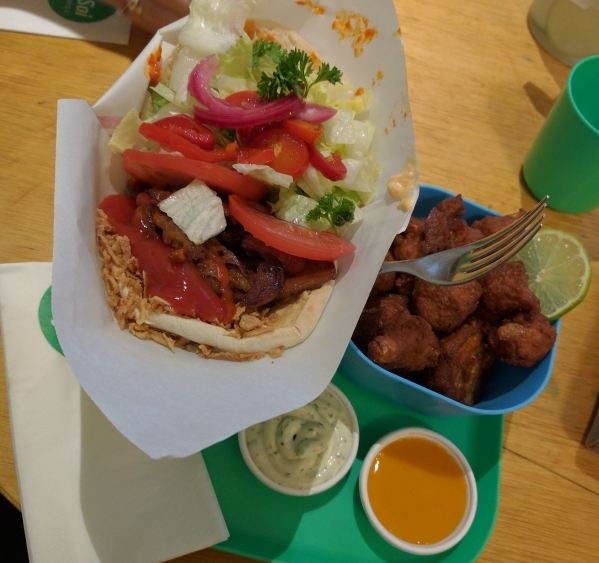 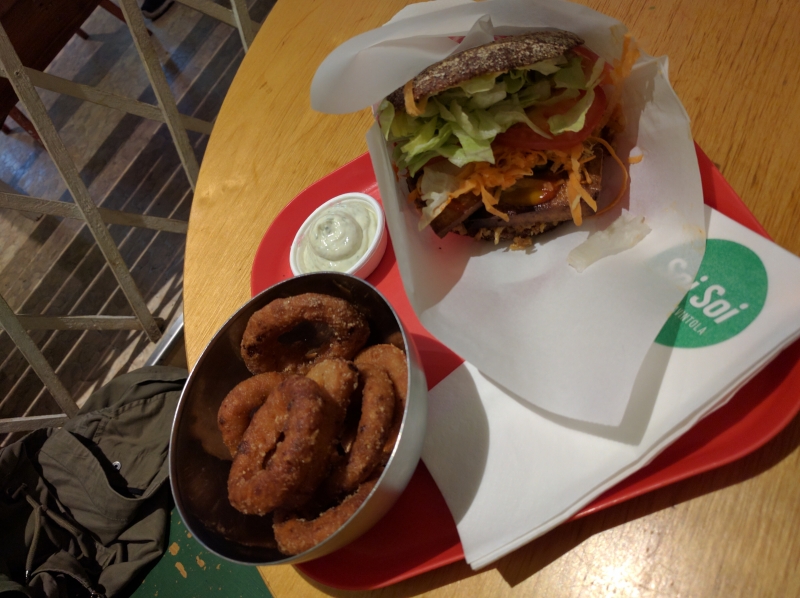 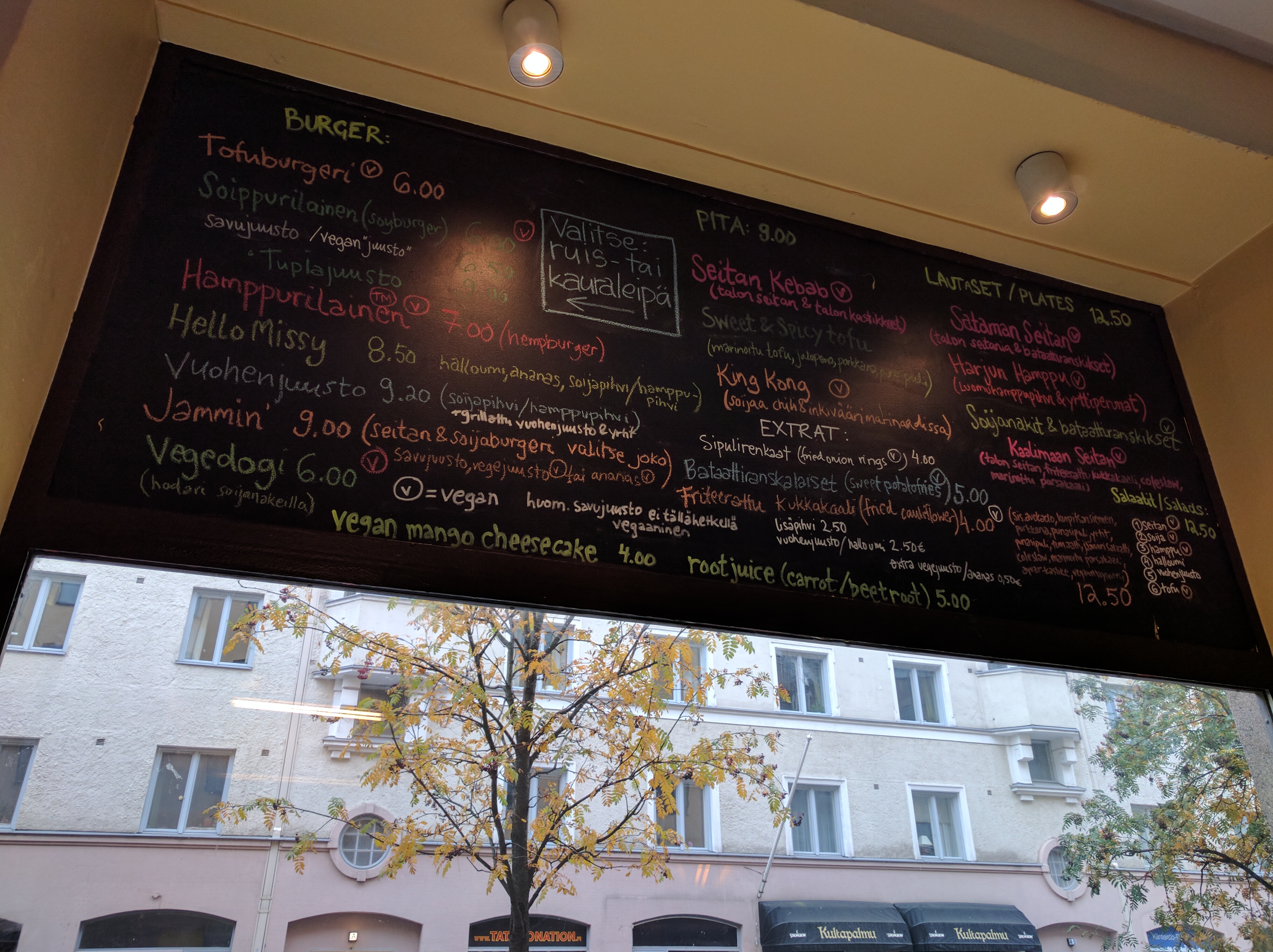 We also stumbled upon Heluna Shop, a 100% vegan store. I actually almost walked past it; my friend had to point it out to me. After a bit of shopping (read: me wanting to buy everything), we wandered over to the Helsinki Cathedral and the Uspenski Cathedral, although we didn’t go inside either one. The architecture is beautiful though.  Helsinki isn’t your typical European capital, but more of an understated version.  To round out the day, went to Arnold’s to grab some vegan snacks for the trip home. Arnold’s usually has one or two vegan options, but the server there was so nice and offered to do some dark chocolate dipped donuts that weren’t on the menu. So with our half dozen donuts in tow, we made our way back to the ship and ended our short but sweet day in Helsinki. 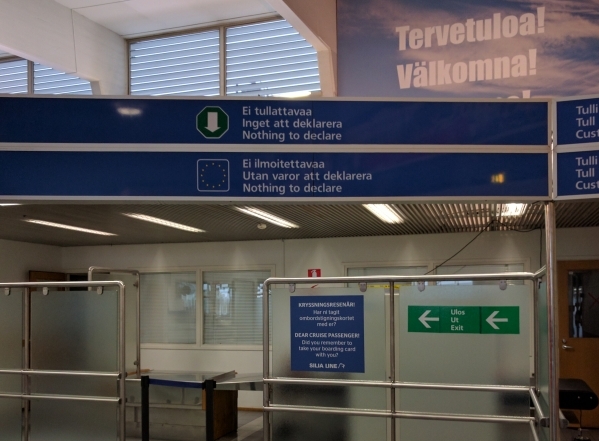 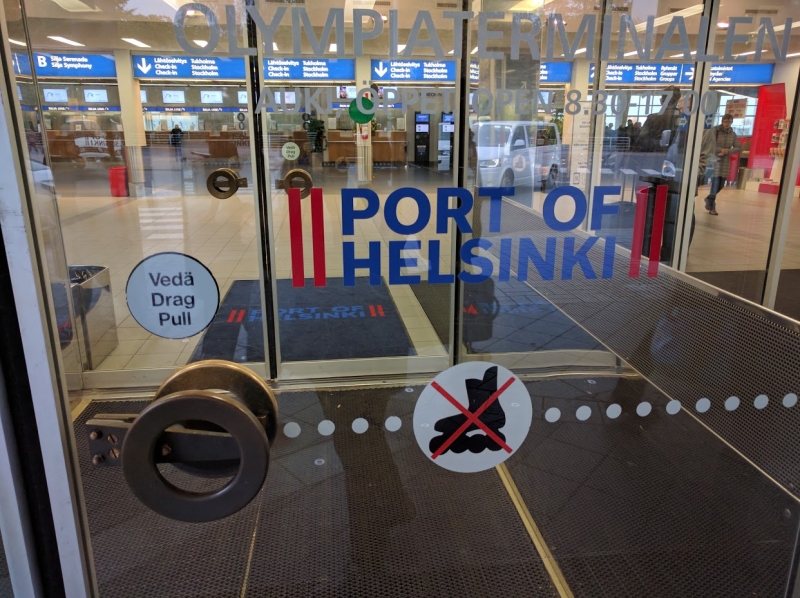 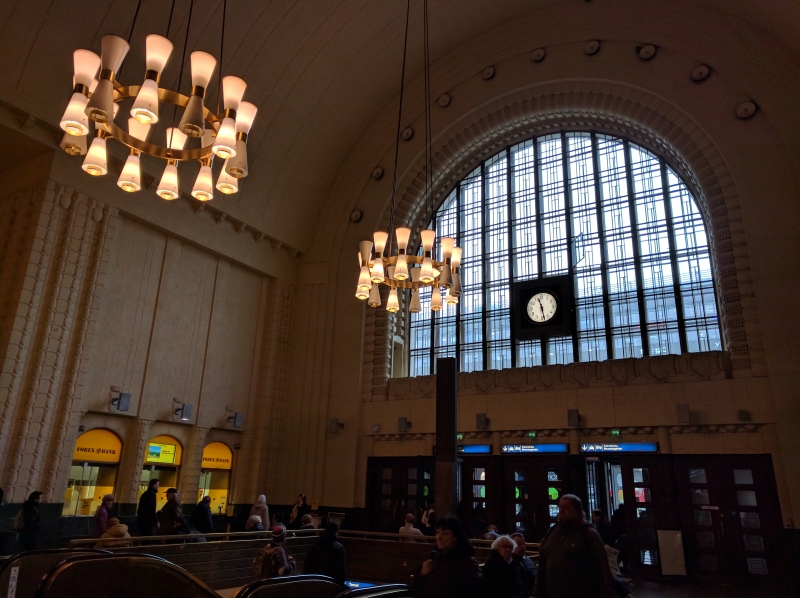 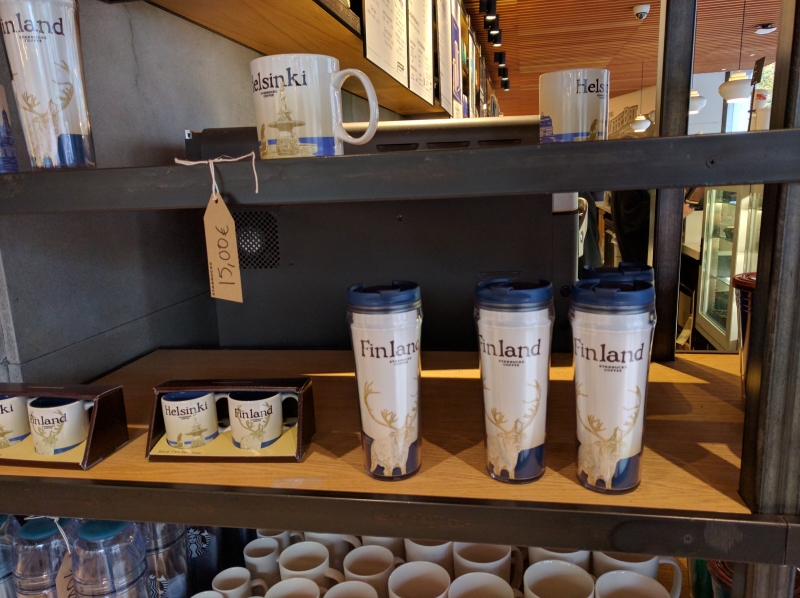 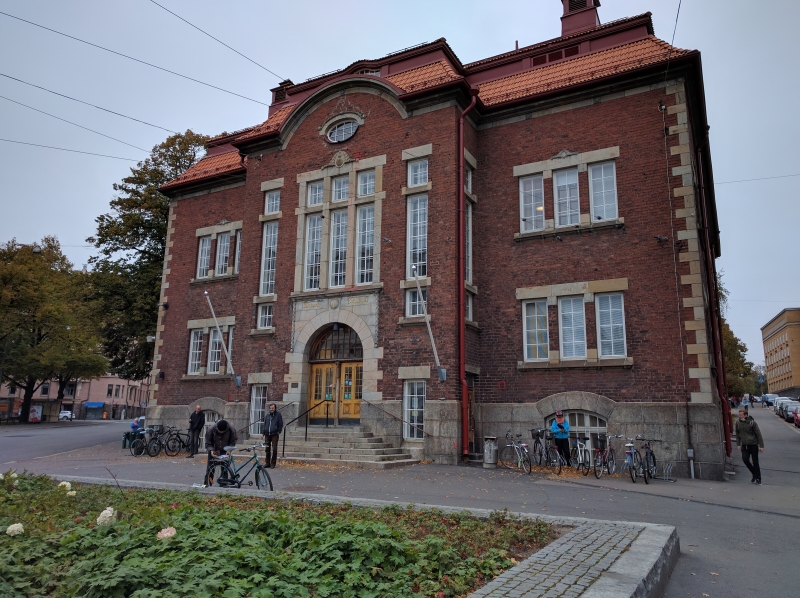 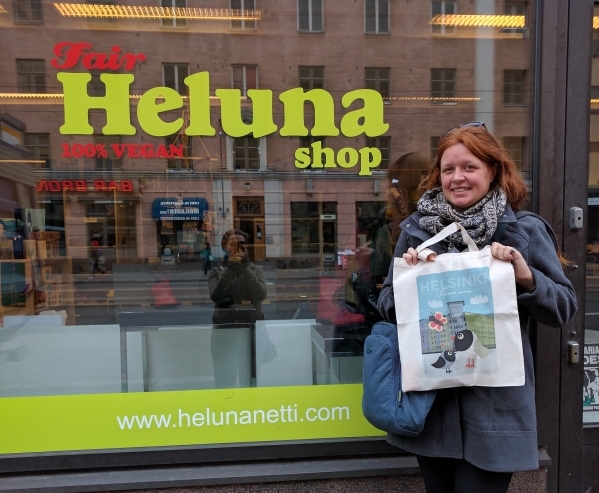 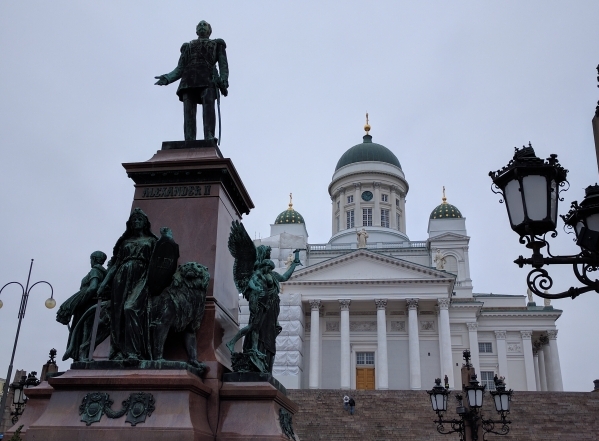 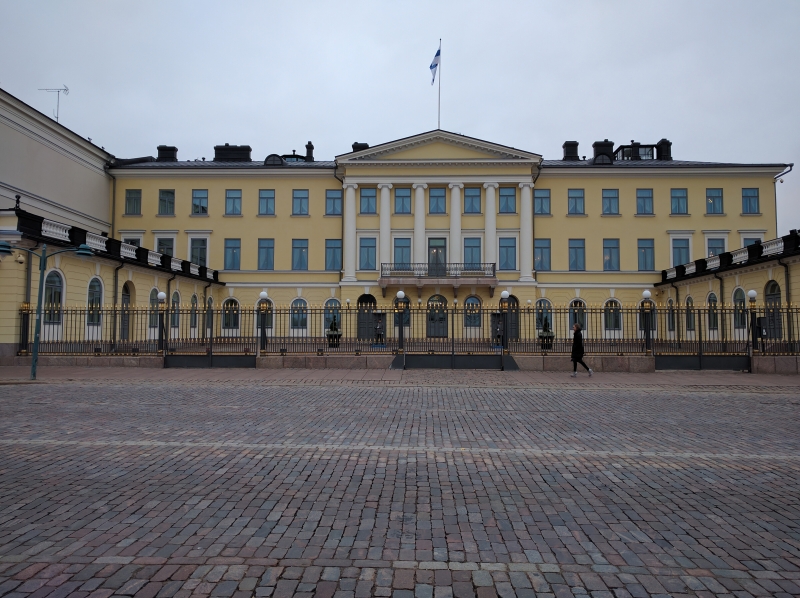 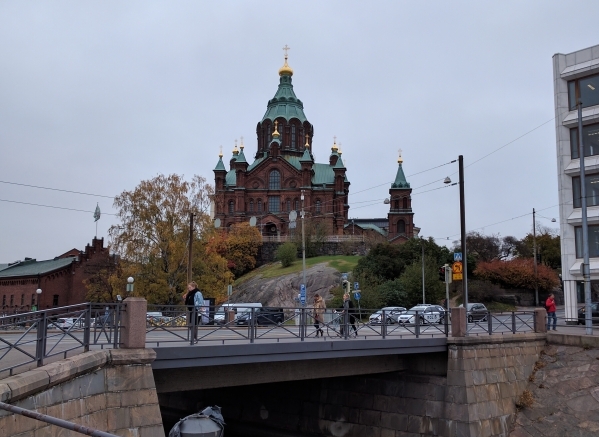 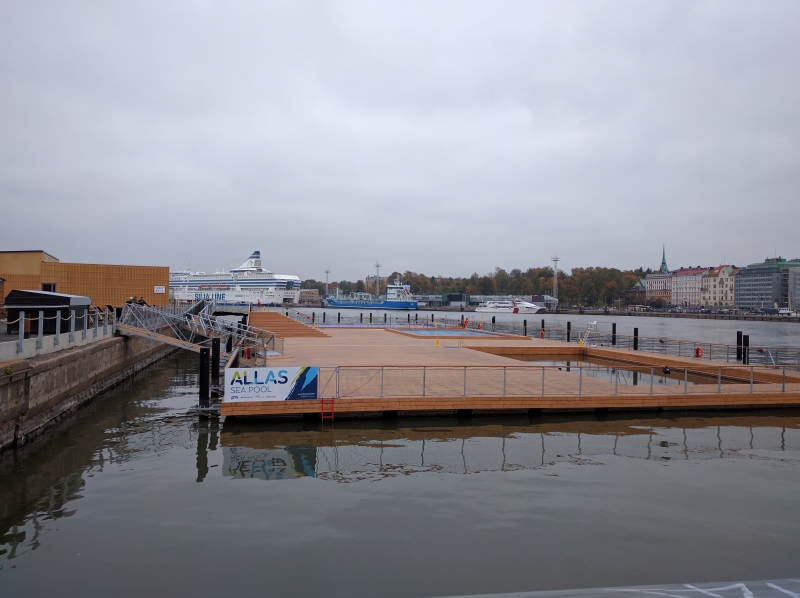 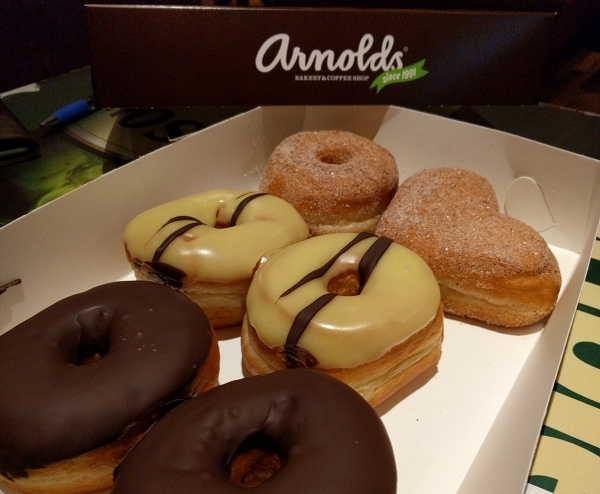 Would I do the Ferry again? Absolutely! Although I would perhaps be a bit more prepared on the food side, as the options available weren’t that exciting.  But it’s a fun, relaxing, cheap way to get across the Baltic and I got to add another country to my list! 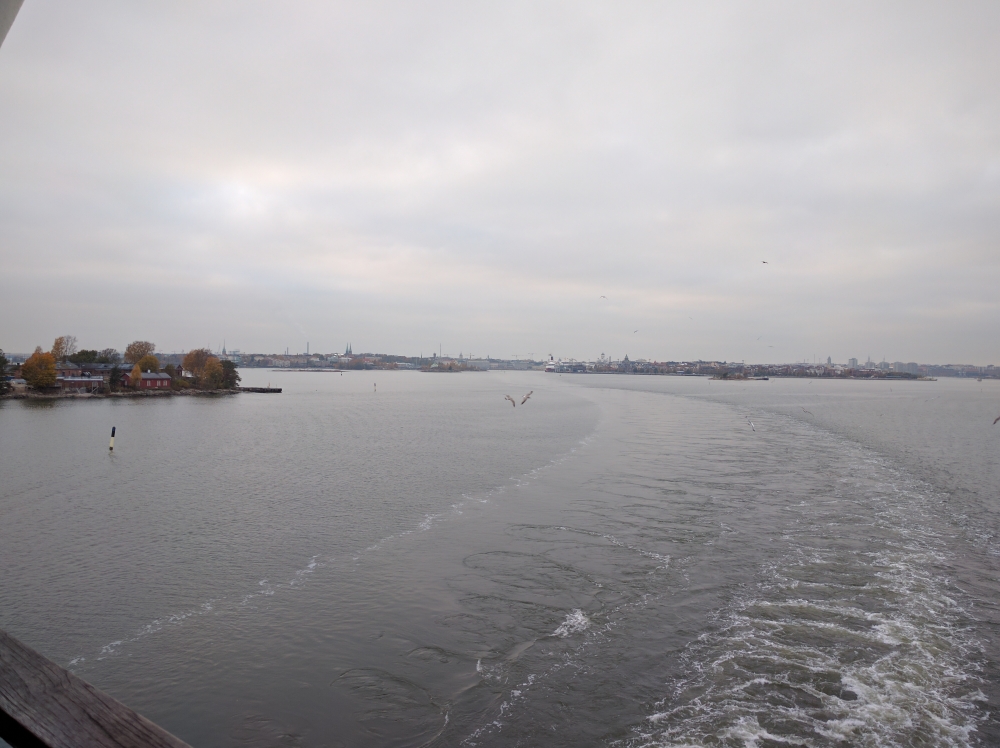