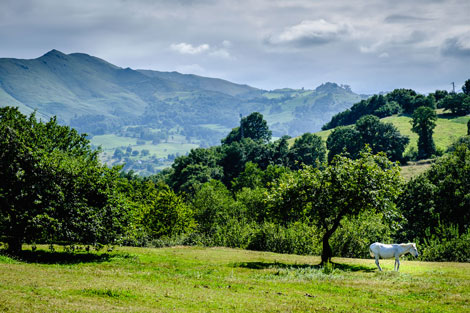 Decided not to stay in France too long after my return from Asia, with the desire to learn spanish, I went at the end of July in Asturias, a small mountainous region of northern Spain, to spend five weeks at Paraiso del Burro, the paradise of the donkey: a refuge for donkeys, but also for a few horses, dogs, cats, a pig and two ponies. I lived an unforgettable experience. 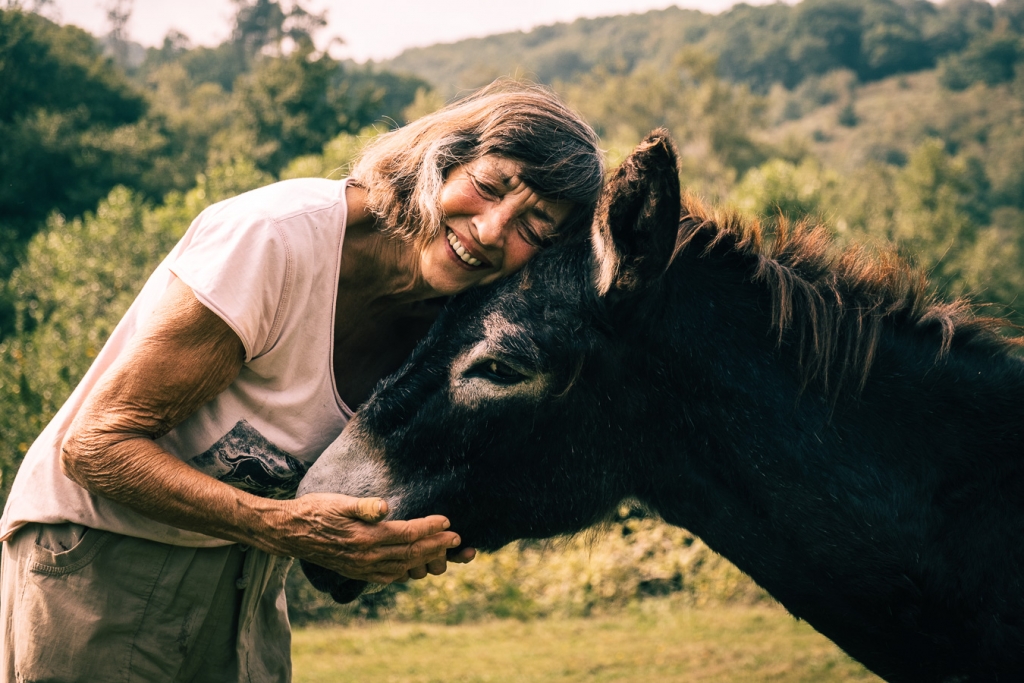 After having been welcomed by Marleen, a young Dutch sexagenarian who owned the place, and by the other volunteers (there are usually between ten and fifteen), I began to learn the various tasks and to discover the place.

I stayed in a new part of the house still under construction, almost above the donkeys. Some volunteers had a room, most of them were in tents or caravans. There was a real campground on the property. Located at the top of a village and surrounded by mountains it consisted of a main house, three large meadows, a guest house for rent on airbnb, different stables, a large garden.

The work was hard, the days sometimes long (even if the time goes oddly fast). But it was worth it! 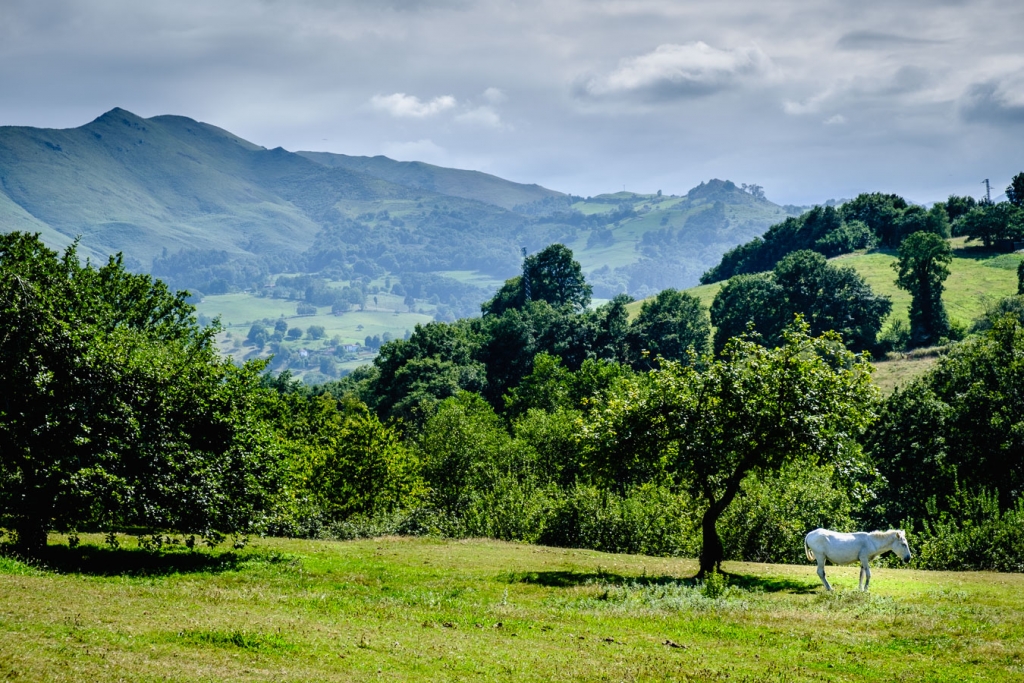 Waking up around 7:00 am I started the day by fetching drinking water (a problem presently in the Paraiso) in a small recreational area with another volunteer, or I gave food to the animals (hay).

Then, breakfast. No. The breakfast. The best I’ve had. A sublime ginger porridge with everything you could put in it: seeds, pieces of fruit, spices, jam, and so on.

We also took advantage of this time to distribute the morning tasks. The dogs had to be taken out, the donkeys let out, the stables cleaned up, Stevie the pig had to go to her enclosure and some old donkeys needed daily care: they were brushed, their eyes, ears and hooves were cleaned. 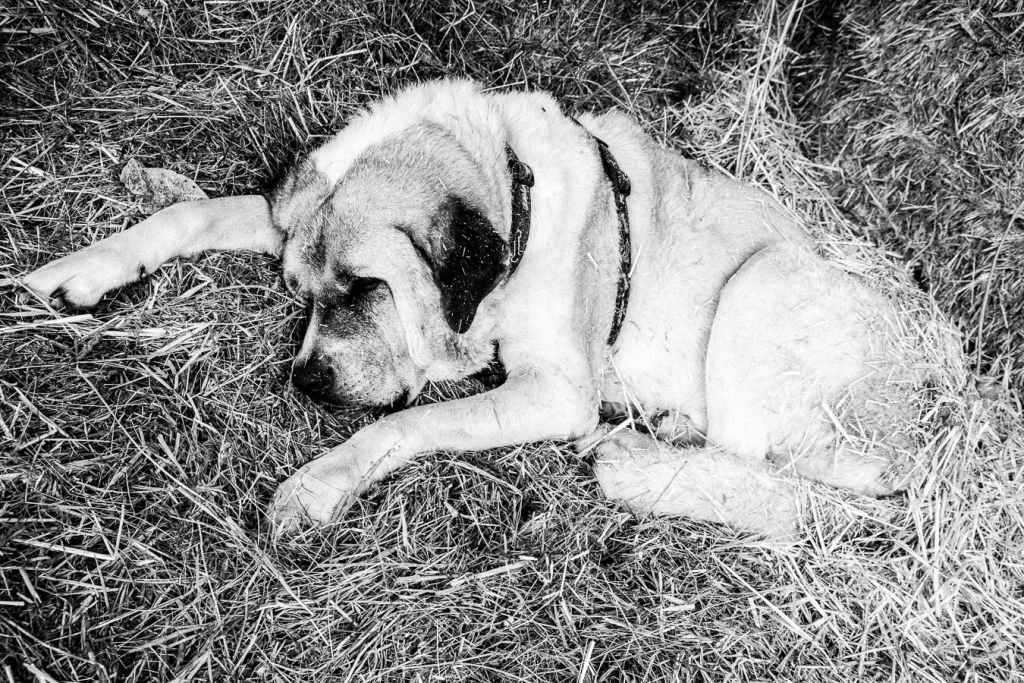 From noon to two o’clock, it was “project time”. For example, I cleaned the house and took some pictures.

Then a break until 5:30 pm when we prepared the donkeys dinner (I liked doing it), brought them back to the stables and feeded them. We walked the dogs too. We then took the time to drink a glass of wine or a beer before dinner, after what we gave some hay to the donkeys for the night and walked the dogs one last time.

That was basically my daily life. Everyone could take one rest day a week, and the Sunday was more quiet. 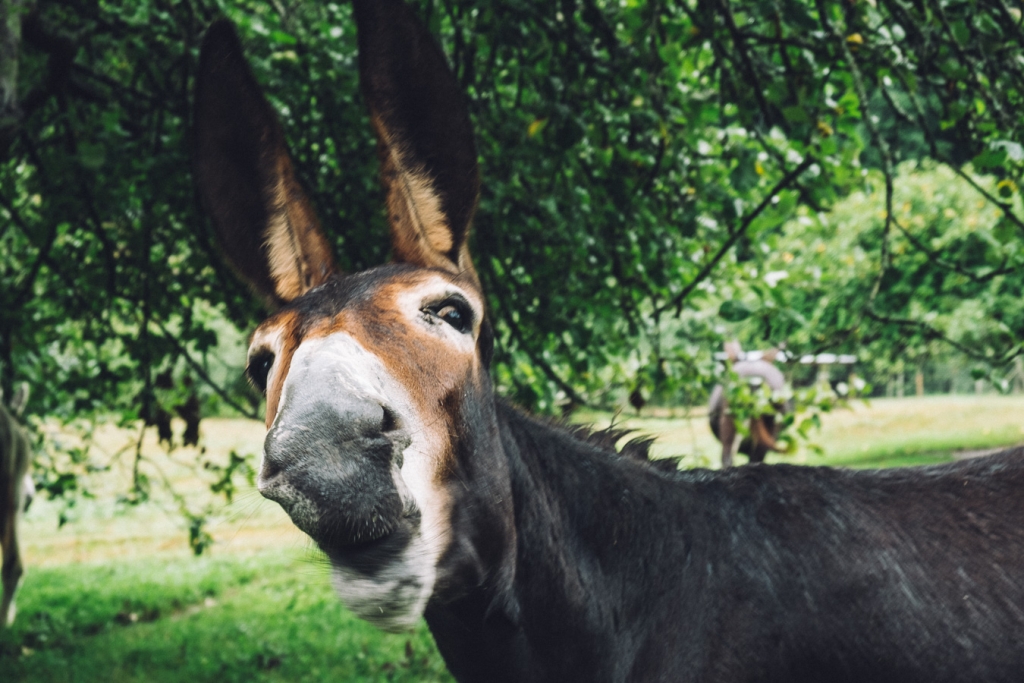 Then there was the community life. The one with humans, volunteers from Netherlands, England, Germany, France, Australia, Spain, Belgium…

I wasn’t used to live with so many people. It proved appreciable after a short period of adaptation. I learned to accept others, to remain diplomatic and to listen more. Despite the fact that people came from different backgrounds I have never attended a single dispute, even in case of deep disagreement. For cooking, cooked those who wanted, often improvising varied, delicious and colorful dishes. Despite the physical work I took a little weight … 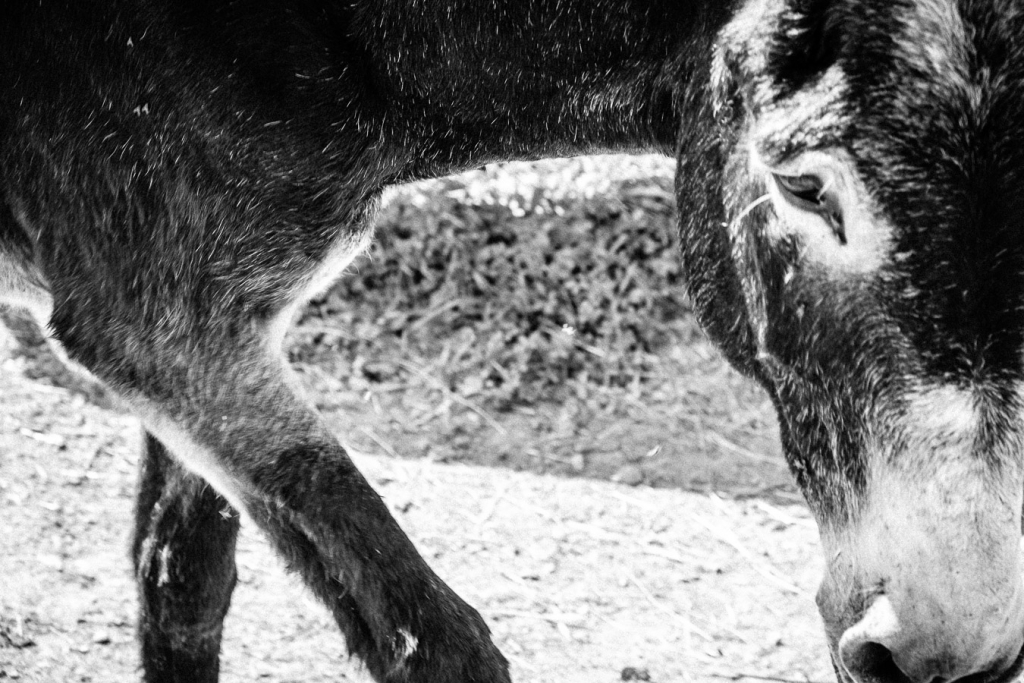 Donkeys and other animals

And of course, the Paraiso was above all about the animals. Living with free animals is a fascinating experience. It was difficult at first to differentiate between the donkeys, and even between the few dogs. After two weeks I recognized most of them. When I left I could say that I knew them well and appreciated them. All had their characteristics, their habits, their qualities, their defects.

I had my favorite of course: dogs Lucky and Brownie (two younger sisters), Maya; and donkeys Chulo, Charlotte, Balthazar (as in the film), Pepa, Kai … donkeys are so sweet and peaceful animals that it’s hard not to fall in love with them! 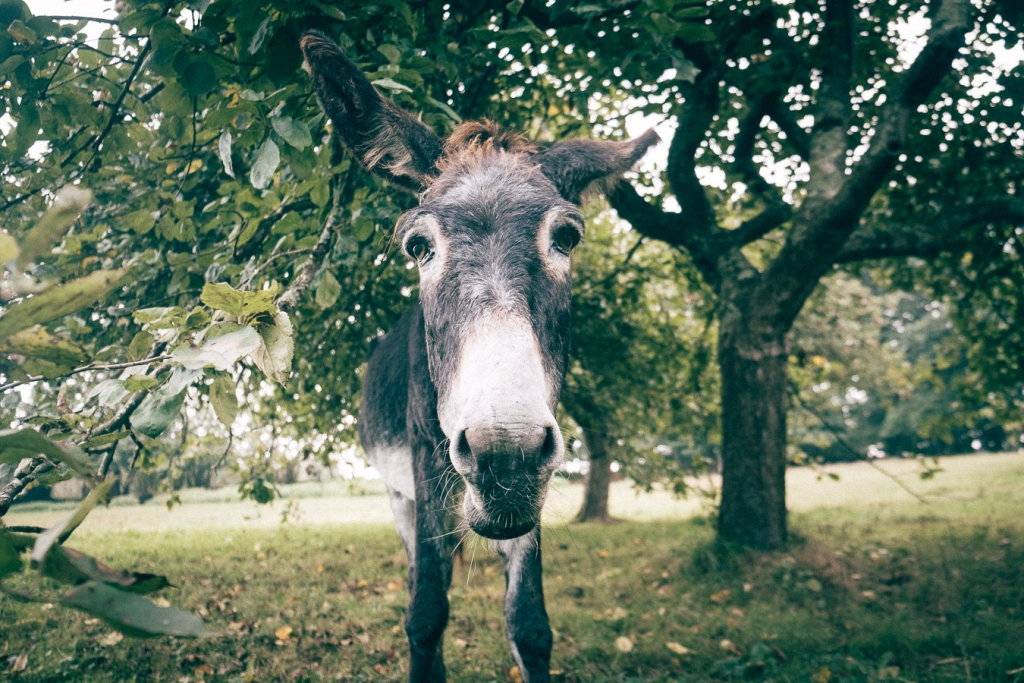 I left this multi-species family which is the Paraiso not with sadness but with much happiness, that of having found another home away from home.

Here are two videos showing the daily life at the Paraiso (the second is in french).

To see more photos you can see the original blog post here.