How Da Lat and Dak Lak treated a vegan tummy? 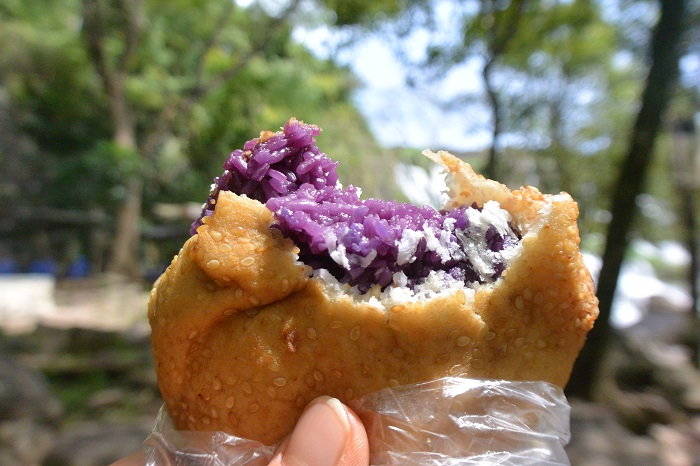 Before my trip to the Central Highland I had received some recommendations of my friends about what to eat in Da Lat and Buon Me Thuot. “You should to eat this and that. They are just tasty and hearty.” I was very thankful to them but the food is not just for me because I am a vegetarian, or mostly vegan to be exact. Or with my wish, I wouldn’t have wrong or fortunately found vegan version at normal restaurants.

So what’s the vegan food in the Central Highland of Vietnam like?

Food in Da Lat and Buon Me Thuot is quite influenced by the central and southern cuisine of Vietnam (from Hue to Sai Gon). It’s not difficult to find a wide range of specialties of the country’s central and southern parts in those cities, especially various versions of traditional Vietnamese rice cakes, including bánh xèo, bánh căn and bánh bèo. You can easily find a plenty of types of noodles, namely bánh canh, hủ tiu, bún bò and so on. The list can go on with vegan bánh mỳ, spring rolls, hot pot and desserts.

How about flavour?  Most of the food we tried here was sweet for us. I mean sugary. Very.  Being born and raised in the north, I am familiar with the taste which is rather balanced yet flavourful. We have also cut down the amount of salt and sugar on a daily basis to stay healthy. But Vietnamese southerners often add sugar to their dishes as they prefer sweet flavour apparently.  As a result, the food was somehow strange for me.

Additionally, the food was just warm, if not cold, including dishes that should be served hot like noodle soup. I don’t really get it, especially in Da Lat where the weather is cool or chilling sometimes. Furthermore, dishes are mainly made from mock meat rather than fresh ingredients. Overall, to be honest, I didn’t enjoy the food as much as I had thought.  However, it does not mean there were no good dishes.

One more thing, it is easier to find vegan/vegetarian food on street shops on the first and fifteenth days of every lunar month as they are important days in Buddhism and many shop make vegan food.

Most importantly, What and Where to eat?

Basically, vegan food can be found at various restaurants or street stands. In other words, everywhere, especially in Da Lat, from savoury to sweet.

Hoa Sen, Au Lac and Lien Hoa Restaurant are among the options. The two former were vegetarian eateries offering a variety of dishes, from rice dishes, rice cakes to noodle soups.

The first one is the biggest restaurant chain in the city but unfortunately was not our favourite since the food’s flavour was too sweet for us. But their banh my and other traditional Vietnamese cakes were quite good and handy for breakfasts and picnics.

We found the flavour in Au Lac Restaurant suit our taste better. It turns out the owner is from the North. They do a la carte dishes and pre-made food. The first time we had bun bo, banh canh and fresh spring rolls. The second time we went for hot pot, which was such a delight for a chilling evening in Da Lat. Service was quick and staff were nice and welcoming.

Yes, how come we can miss them out?

We accidentally found this place when we were looking for the Hoa Sen Restaurant. The shop is tucked away in a small alley, which is easily to be missed, but it looks clean and authentic.

Banh can is a kind of Vietnamese pancakes, with the original ingredients being vegan, including rice flour and water. Eggs can be added according to the dinners’ choice. The dipping sauce is rather sweet, containing sugar, meat balls, fish sauce, or only soy sauce for vegan version.

The owner was willing to make the vegan version of this cake for me while my mum went for a normal one. I found the dish was nice but the way they cooked was more interesting than the dish itself. Meanwhile, my mum did not like it that much because the sauce was sweet and the cakes were filling. One dish cost about 20,000 VND (86 cents).

Banh beo is a dish originated from Hue, a central city of Vietnam. The cakes are made from rice flour and tapioca while the toppings include dried shrimps, crispy pork skin and spring onion oil. They are eaten with fish sauce – based dipping. For my vegan dish, I just omitted the non-vegan toppings and used soy sauce as the dipping instead. The dish was rather oily because of the oil. I guess the original Hue version would be lighter and nicer.

This one is super special. Usually sticky rice is wrapped in banana or lotus leaves, but in Da Lat, it is covered by a donut that is edible. Coconut shred, sesame topping and sugar are added for more flavour. It was rather filling I have to admit but tasted actually nice. You can find it on Phan Dinh Phung Street, Da Lat Market or Khu Hoa Binh  for breakfast, lunch or afternoon snack. And look at the colour of the sticky rice! It is so loveable.

We had these at Giac Duc Restaurant in Buon Me Thuot. Banh uot is served during the day while banh xeo is only available after 2pm.

How about sweet and drink???

“Let’s go for chè or sweetened porridge”, said my mum all the time since it is her thing. The most well-known chè in Da Lat is chè thưng, made from cassavas, sweet potatoes, tapioca, mung bean, coconut milk and shred, sugar, peanuts and black fungus.

Two most popular places selling that dessert are Chè Hé at 11A Ba Thang Hai and Chè Như Ý at 102A Ba Thang Hai, both in Da Lat. While Chè Như Ý is easily to be spotted, you should pay more attention to look for the former place. That shop never opens widely, probably due to the chill of the city at night, which is also the origin of the name “Chè Hé” (means only opens a little). We could not recognise it from the outside since it didn’t look like a shop with a slightly open door. However, the chè was divine. Sweet enough and hot, perfect for the chilling night in Da Lat.

And not only chè thưng. The two shops serve a wide range of chè, bánh trôi nước (sticky rice balls) and banana grill with coconut milk. I’m sure these were my mum’s number 1 food during our trip.

For drinks, soy milk is extremely popular in these cities, especially Da Lat. It can be found everywhere, mostly in Da Lat market when the sun goes down.

However, for me, nothing can’t beat coffee. There are a plethora of cafes in Da Lat with lovely décor. But we travelled over 25km to the countryside to enjoy organic farm-to-table coffee with a view of coffee plantation. The place is called Me Linh Coffee Garden in Ta Nung. Their mocha coffee was such a delight and of course vegan. The staff guaranteed that they didn’t add any butter when they roasted the coffee beans. I even bought a 100 gram pack of mocha coffee here, the most expensive coffee I have ever bought.

Another place I would love to recommend is Quan Cua Thoi Thanh Xuan. Although it’s not a vegan place, the shop is run by deaf people, plus vintage theme décor, making it worth a visit.

But what was my winner vegan food during the trip?

It was a humble steamed bun I had in Buon Ma Thuot. It was giant, fluffy and super nutritious. The filling consisted of red beans, mushroom, vermicille and veggies. And it cost only 10,000 VND/bun (43 US cents). It is sold at a vendor shop, in front of a vegan breakfast eatery at 177 Y Jut, Buon Ma Thuot. I enjoyed it so much that I made myself steamed buns at home right after the trip.

Well, I reckon I just had another unforgettable food experience.

Visit Minh on the move for more posts.