Nashville, Vegan in the South 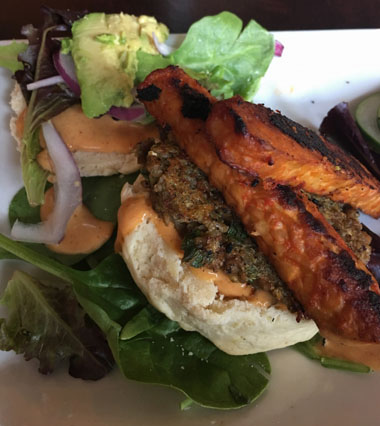 When someone says Nashville you usually think country music, not vegan food.  When I lived there (almost 10 years ago now)  it was definitely heavy on the former and light on the latter.  I recently went back to visit some friends and was pleasantly surprised with all the new vegan options.

It should be noted that Nashville has gone through a big boom in the last 10 years.  There has been a mass migration and new condo buildings are popping up everywhere.  There are some growing pains: increased traffic, increased housing prices, and parking is a nightmare.  The good news is there has been an influx of vegan options as well!

When I lived there, 9 times out of 10 people would just give you a blank look if you asked if they had vegan options.  I was offered fish, or greens fried in bacon fat, many times.  Now most places not only understand what vegan means, there are regularly vegan options even at omnivore restaurants.  Here are just a few of my favourite places I’ve visited over the years.

A majority of the vegetarian places are mostly vegan, usually only having a few menu items to avoid. So even if places are officially listed as vegetarian, it’s a good bet you’ll be able to find lots of goodies to eat.

This cute cafe has an amazing array of options.  Served almost cafeteria style, but far more than cafeteria quality.  They offer a selection of hot and cold dishes, along with a special of the day.  Two patios provide plenty of outdoor seating options, however their indoor dining space is a bit on the small side.  Everything is vegan, unless you decide to add dairy cheese on to it… but why would you ruin such delicious food??

I actually visited Avo when in was fairly new and didn’t get a chance to go back this time.  But it was so good when we went for dinner that I’m still recommending it.  A bit more chic, the food here is amazing, both in taste and presentation.  They also have a long patio where you can enjoy their signature AVOcado margarita in the sunshine.

This is a small veggie cafe on Vanderbilt campus.  Sadly only open Monday-Friday during the school year, but a great place to grab a quick, cheap lunch if you’re around.  They have quite a few vegan options, but be sure to double check the menu as they also offer a lot of lacto-ovo meals.  I spent many lunches here grabbing a bite between classes.

The institutional vegetarian restaurant in Nashville. This was one of the only places that was a truly vegetarian option for a long time.  Tucked away in East Nashville, it’s not super convenient to get to, but well worth the drive!  In fact, the area around the restaurant is becoming quite the hot spot.  They make delicious vegan home cooking style food, with a little bit of everything (just don’t ask for dairy cheese and you’re fine.)

This new restaurant is just around the corner from Wild Cow, and brought to you by the same creative minds.  I would say it’s a bit more polished than Wild Cow, but you still don’t have to be dressed up to stop by.  I had their brunch and everything looked amazing!  And of course, the tiramisu that was almost as big as my head is a strong selling point 😉 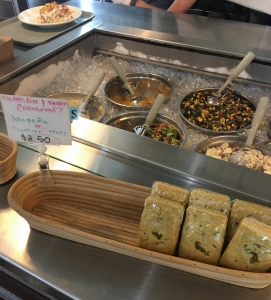 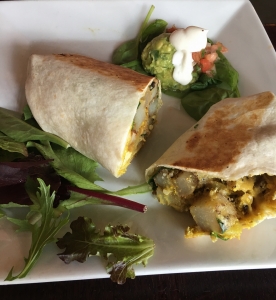 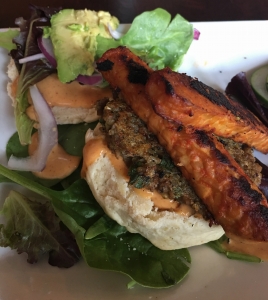 In addition to all the new vegan restaurants, there are plenty of places now offering options if you’re travelling with an omnivore or two.

This small sandwich shop in the 12 South neighbourhood is dedicated to fresh local food.  They have expanded to have a dinner menu as well as running a connected bar next door.  They usually have 1-2 vegan options on their menu that change seasonally, but if you ask, they’re usually willing to mix and match and come up with anything you want.

This is one of my favourites for going out with mixed company (vegan and non-vegans).  They have a separate vegan menu, just be sure to ask for it when you walk in the door.  Typical Mexican cuisine focusing on a wide array of taco choices, and of course plenty of margaritas!

I’m putting this in the options section because I haven’t stopped by in a while… but apparently they have gone veggie?  It’s a great place to sit outside, a bit off the beaten path.  They did have a few great vegan options while they were omni, but I can’t comment on their new menu.  Just don’t stop by if speed is your goal.

This is a great cafe, lots of tables if you want to do work.  They have vanilla hemp milk, along with almond and soy I think, but I tried the hemp and it was delicious!  There’s not much specifically vegan on the menu, but most of the dishes can be adapted if you let them know 🙂

Love, love, love!  This is my favourite of all the Bongo Java locations (same people that run Grins).  Lots of vegan options on the menu, including cookies!  You can sub tofu into any of their brunch dishes, which makes most of them vegan!  I haven’t been here in a while, so double check before you order anything.  There’s lots of tables, but it’s usually pretty busy being so close to Vanderbilt.

There are a surprising number of options at the Listening Room.  This is also one of the best places in town to hear songwriters do their thing (the owner is a songwriter himself).  If you can’t get into the Bluebird (now that it’s crazy busy thanks to the TV show), then go here!  I went twice to see friends play while I was in town and our server knew exactly what I could order when I mentioned “vegan” to him. There is a $10 minimum when a show is playing, but that’s pretty easy to do, even if you just order some sides and a beer 🙂

Popsicles!!!  Another Nashville institution, their brick and mortar location is in the 12 South neighbourhood and worth a stop on a hot day!  They do both cream based and fruit based popsicles, in some very interesting flavours.

This was a new find for me!  Tucked away in Edgehill Village, this gelato place had 3 flavours of vegan sorbetto when I stopped by.  They seem to change their fruit flavours depending on what’s in season (I had raspberry and passionfruit) but they also had a rich dark chocolate, which took all my will power to say no to 😉

I have heard people rave about this place, so we stopped by after having brunch at Graze (it’s in the same complex).  They do seem to have a few choices of vegan donuts, so you won’t go hungry if everyone in your group decides to go on a sugar high.

A cupcake store in the 12 South neighbourhood that my friend is addicted to.  Unfortunately, they only have one vegan flavour (red velvet), but the fact that they have one at all is a major win!  They also have a 24-hour cupcake “ATM” in case you’re hit by the munchies late at night 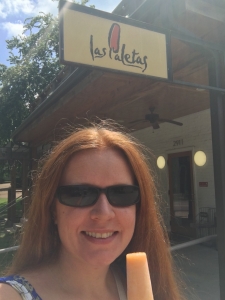 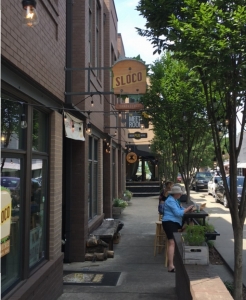 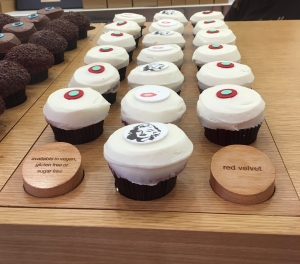 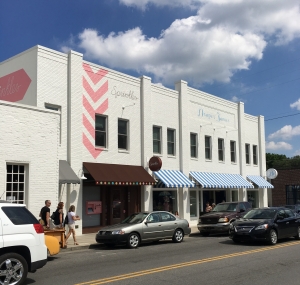 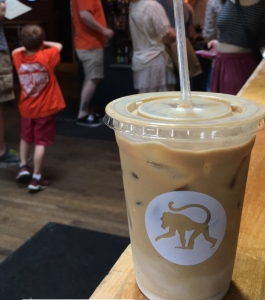 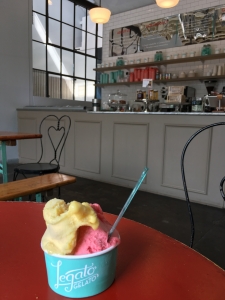 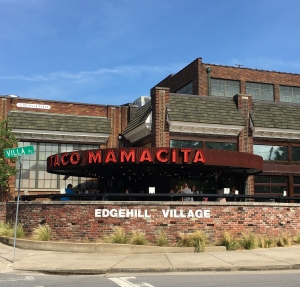 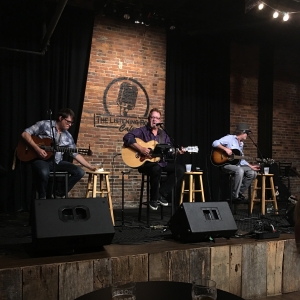 In addition to all the great places to eat, there are a few good options if making your own meals is on the menu.

Everyone is familiar with this place I’m sure 🙂  I will point out that they have a decent selection of vegan options at their salad bar and prepared food cases.  Some of my guilty pleasures include the mock crab cakes (which I have yet to find at any other location than the Nashville store) and the chick’n fried tofu at the salad bar 🙂  Rumour has it a new location is opening up downtown soon.

This store opened while I lived in Nashville, so yes, there is finally a Trader Joe’s for all your two buck chuck needs 😉

This is a great local grocery chain with a few locations in Nashville.  They have variety prepared food options and are usually not as busy as the other two above mentioned stores.  They also have a nice area where you can sit outside at their Gulch location.

While not technically a grocery store, the Farmers Market in Nashville is not just for produce.  There are many stores and stalls at the market to grab a bite.  There are way too many to mention, but check out the website to see what’s open on what days (they all vary).  Go with an empty stomach along with your reusable shopping bags. 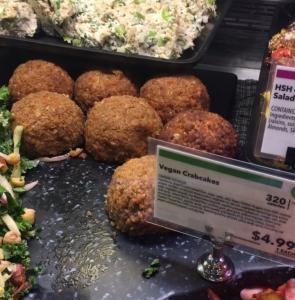