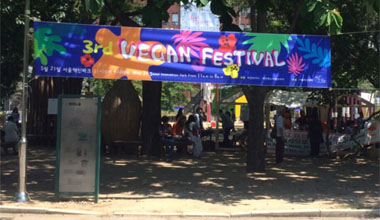 On May 21st, I finally experienced my very first vegan festival. I had only heard about how great they were, so I had been waiting forever for this day. That morning, I put on my VeganTravel shirt (thanks, Jaclyn!) and headed out to the nearest metro station.

Luckily, the festival was happening during my stay in Korea, and I found this out AFTER I had arrived in Seoul, so this news was a really nice gift for me. 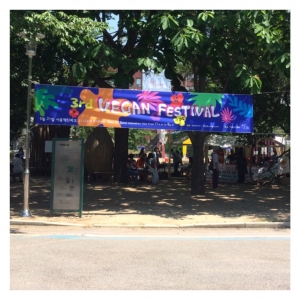 This year, the location of the festival was near the metro station Bulgwang, which I believe was a larger place than the previous year’s, due to the increased participants and visitors.  Isn’t that great? But first, everyone had to go over the vegan zone rule. ???? 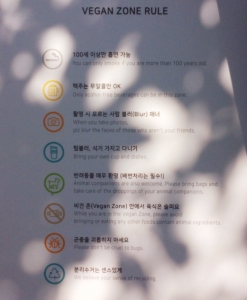 Bringing our own tumbler and cutlery was a new rule this year. The festival was not only about veganism, but also about going green and reducing waste. Of course, I brought my own as well, and got some cute stickers and a postcard as a prize! 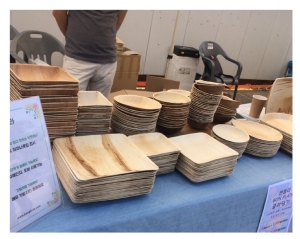 The first thing that most visitors did – although not obligatory – was to buy a wooden plate. The festival then became a bit like a buffet and made it convenient for everyone because we could reuse our own plates. They were also environmental-friendly, meaning that no trees had to be cut down to make these.

Right next to the wooden plates were people selling vegan cheese. That day, I only tasted the samples, and now I regret that I didn’t buy one. I had never seen this brand before, but I strongly recommend to those who love cheese. 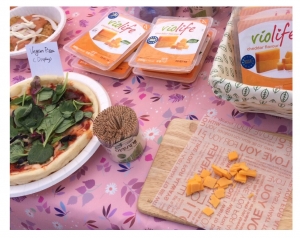 There were also vegan snacks that were hard to find in Canada, so I got some of those misura! They were very similar to pain au chocolat. 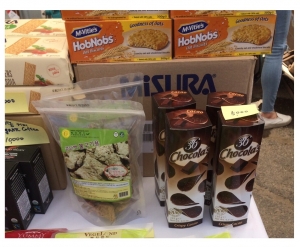 For lunch, I got a sweet potato burger ! I think sweet potato is one of the main ingredients for vegan dishes in Korea because I found tons of sweet potato pastries and beverages in Seoul.  Anyway, this burger is now my all-time favourite. 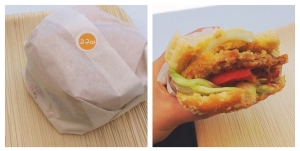 Around noon, I got to enjoy some live music from our talented vegan musicians! Many guitarists and singers formed little groups and sang all day their songs of peace. I joined them and shared some of my dance moves! 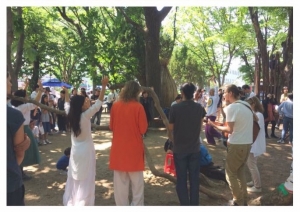 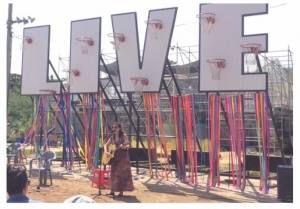 There were even solo performances! The audience loved it. 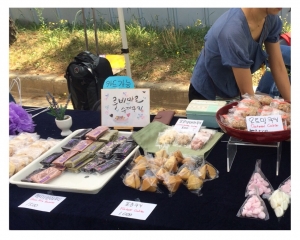 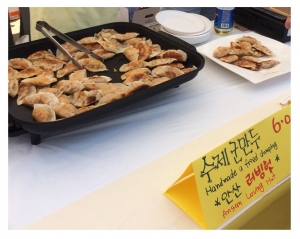 Just before leaving the festival, I decided to visit one more stand: a boulangerie called Guillaume, which was named after a very kind French boulanger living in Korea. All his bread were sold out in just a few hours! Had I been one minute late, I wouldn’t have been able to get my baguette. I was really lucky to get the last one for a cheaper price. 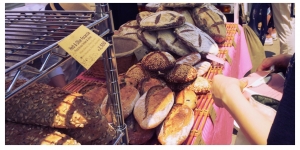 Overall, it was truly a lovely experience that allowed me to meet many vegans from all over the world. Most importantly, I was extremely happy to see such a large group of people get together for this festival, including non-vegans, who were more than happy to be exposed to the vegan world.

When I look back at the memories, I feel like I rushed through the festival and didn’t look at everything I wanted to. I also wish I had bought more souvenirs, such as vegan oil and jewelry. Well, I guess it gives me a reason to go back…!

With a slight regret left in me, I am going to terminate this post with a little humour. Can you figure out what is wrong with this photo? 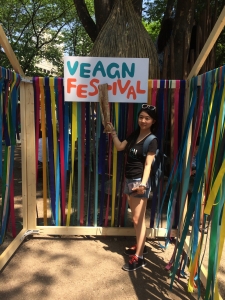