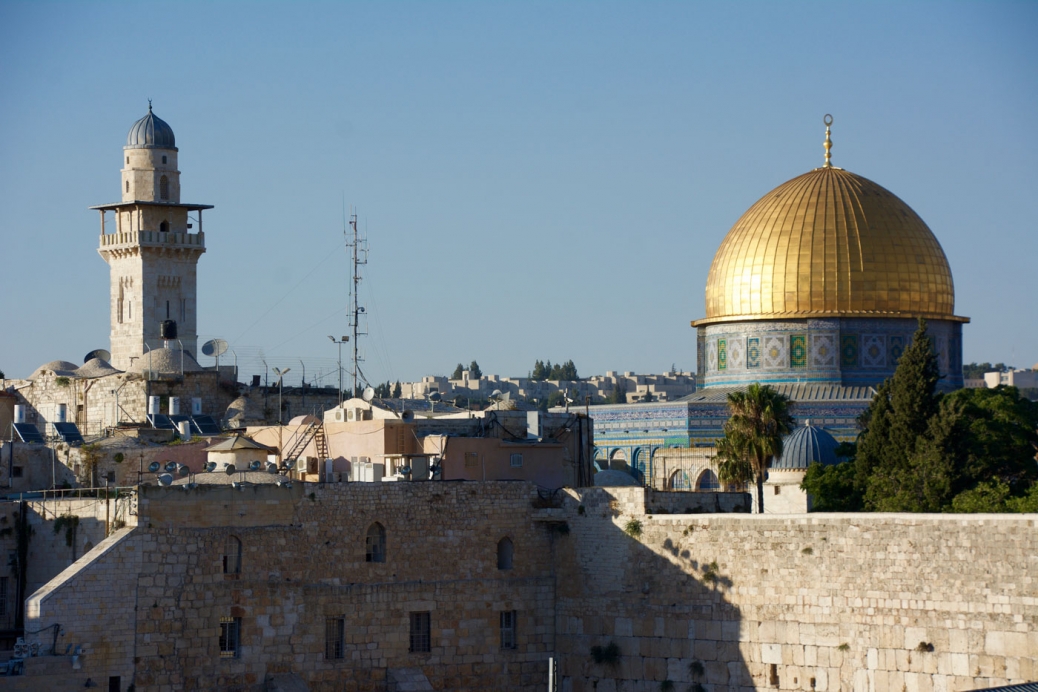 You can’t really truly experience any major city in a day, let alone one of the world’s oldest. But if you are familiar with Jerusalem, it’s impressive how much of the city you can see in a few hours. 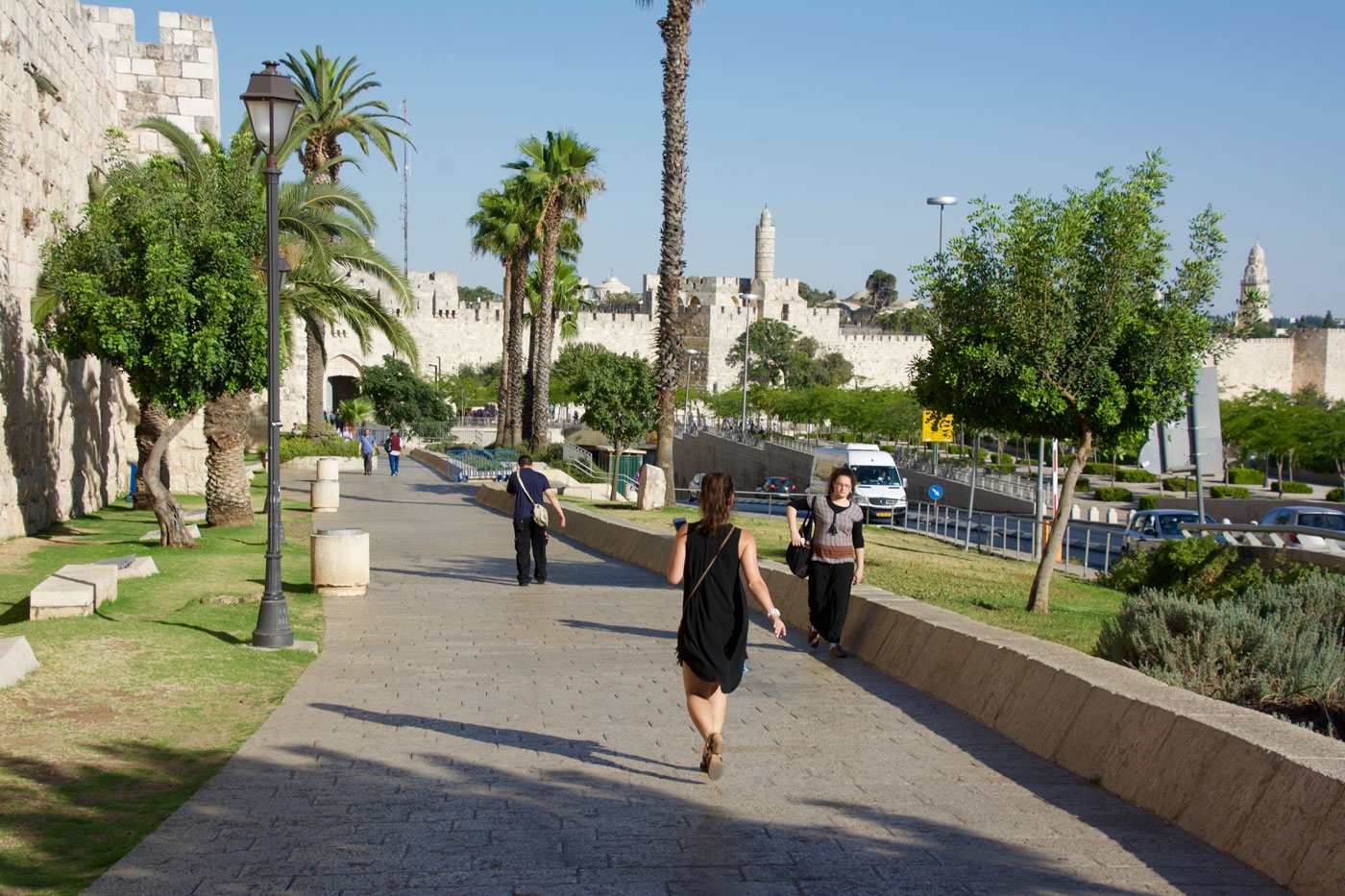 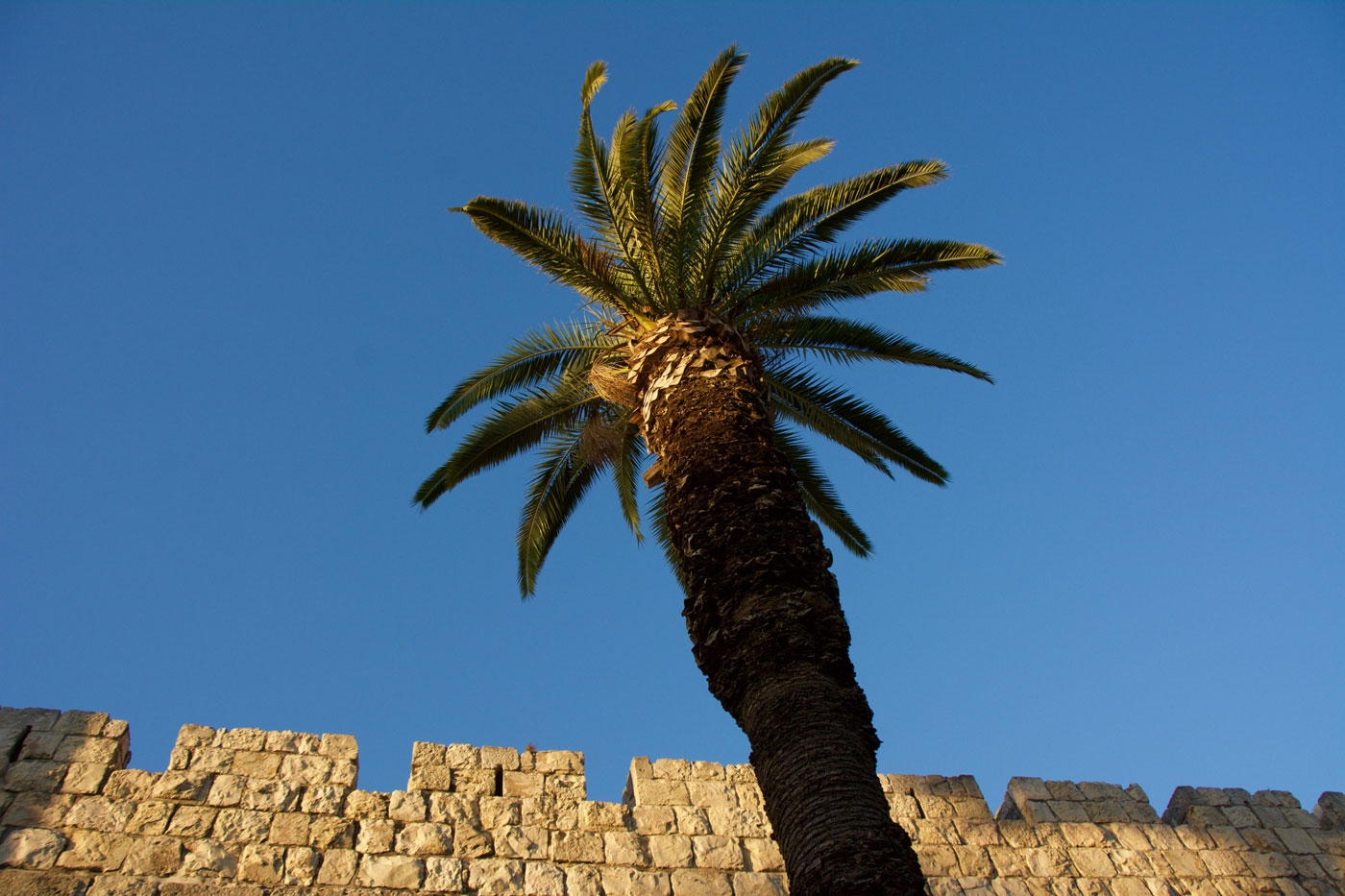 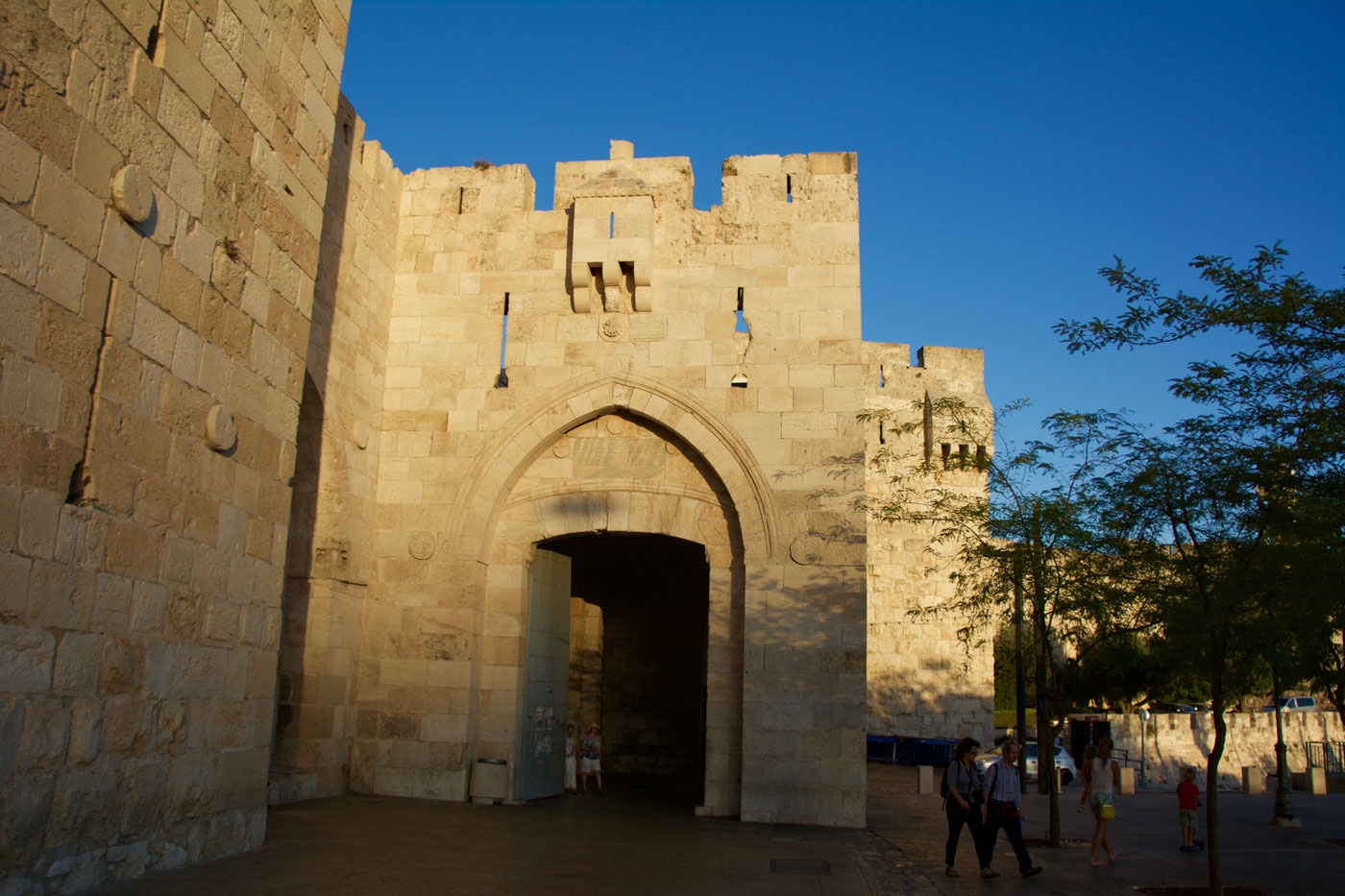 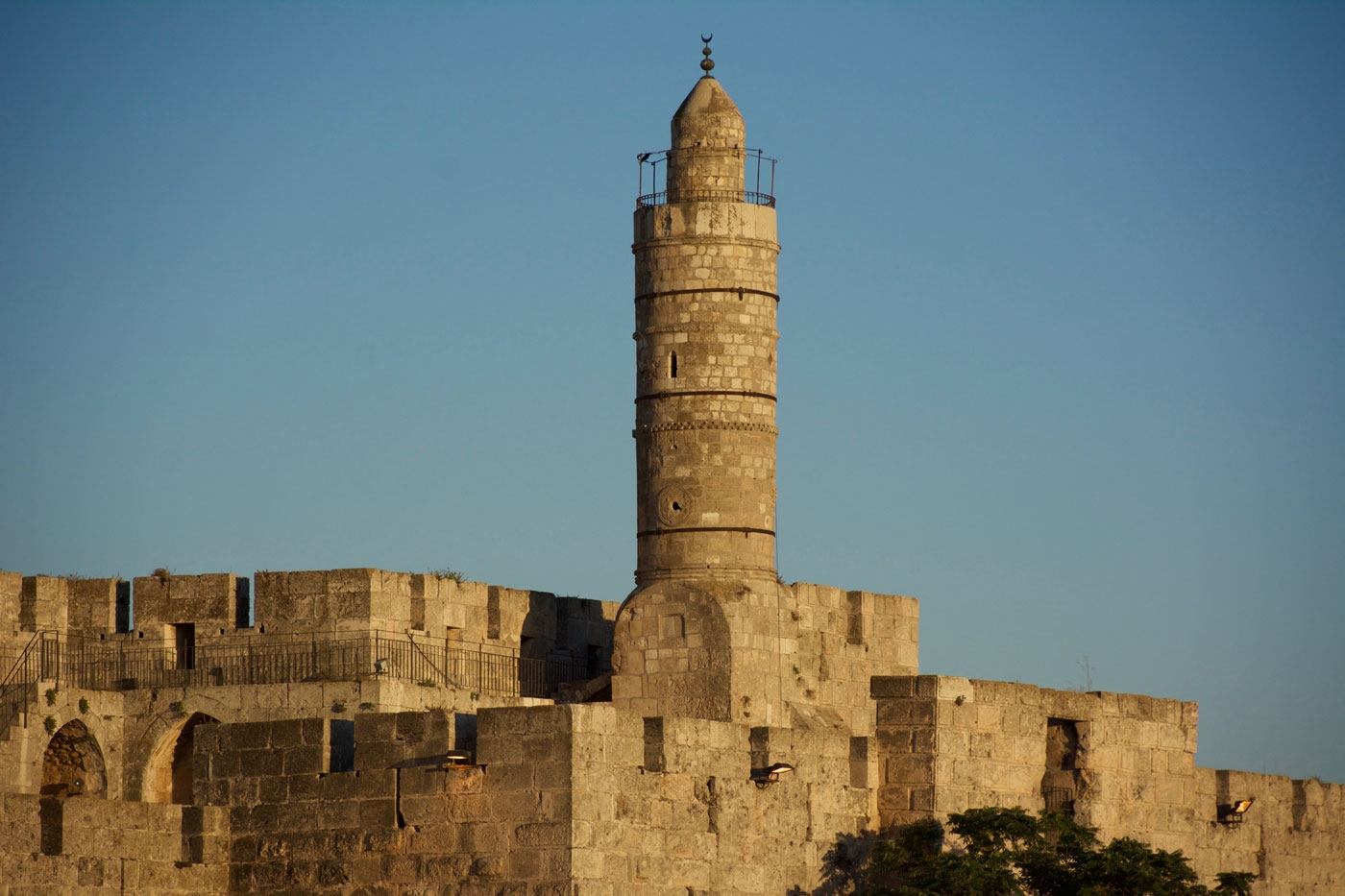 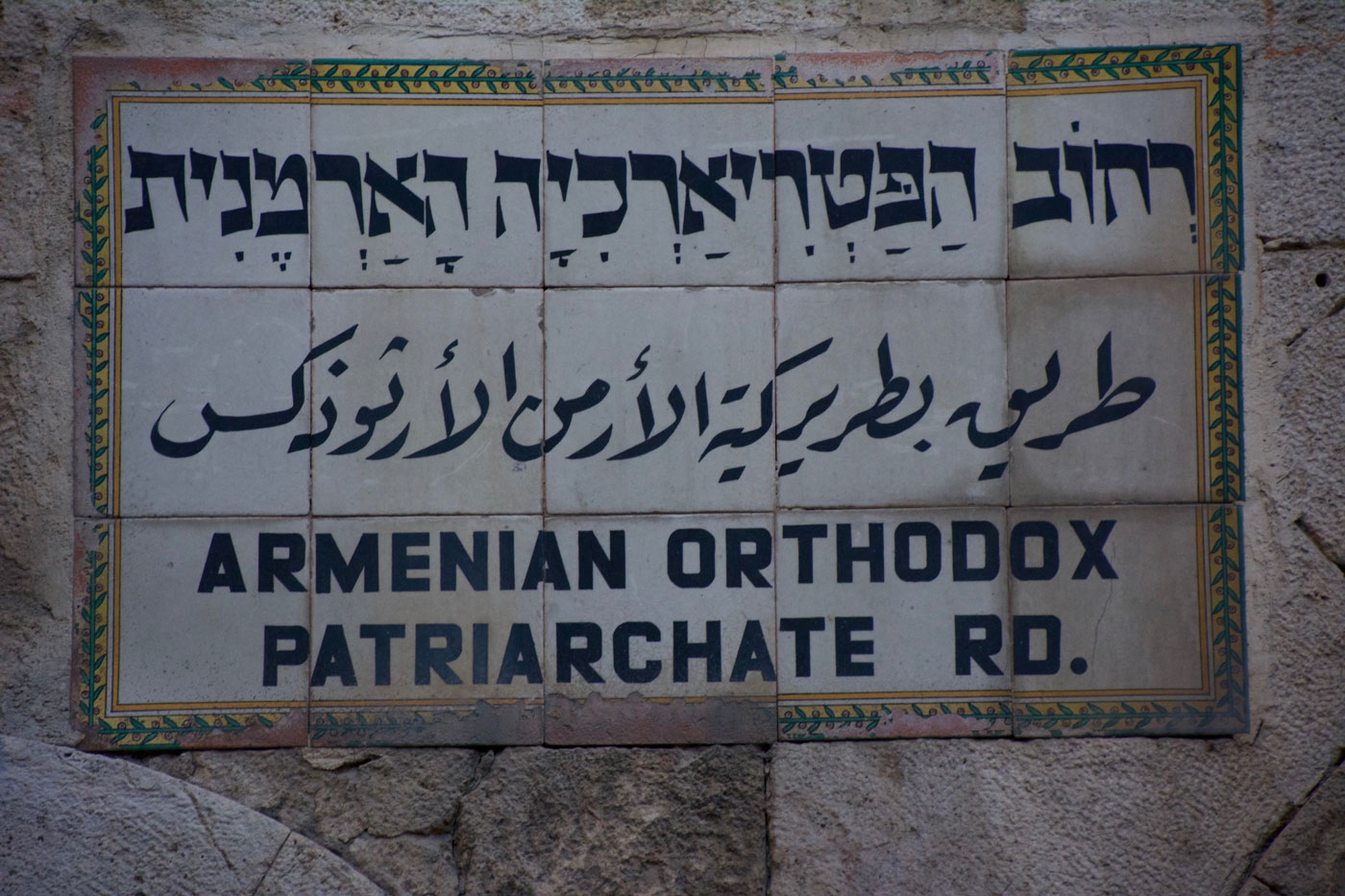 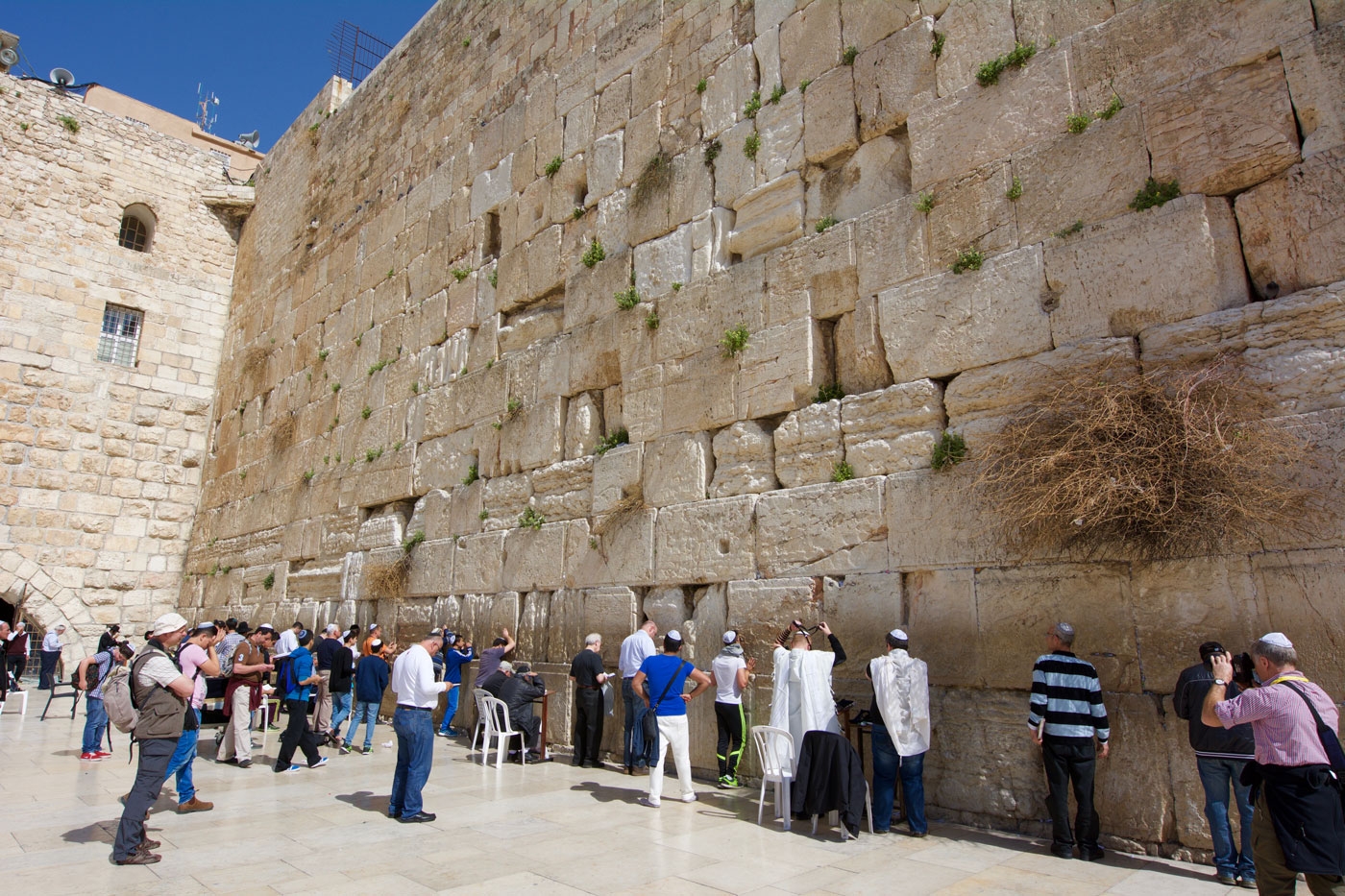 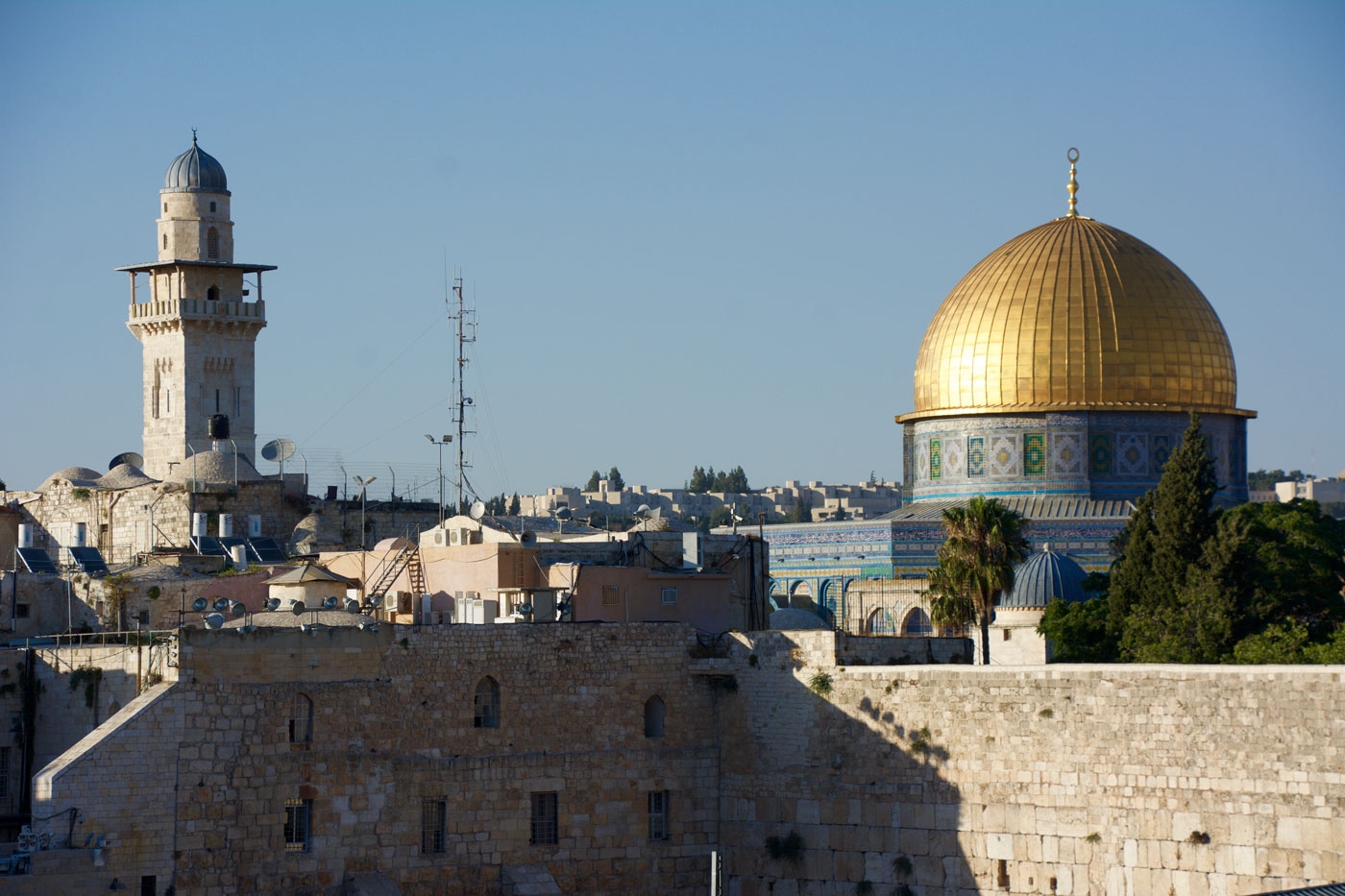 Western Wall & Dome of the Rock in Jerusalem’s Old City 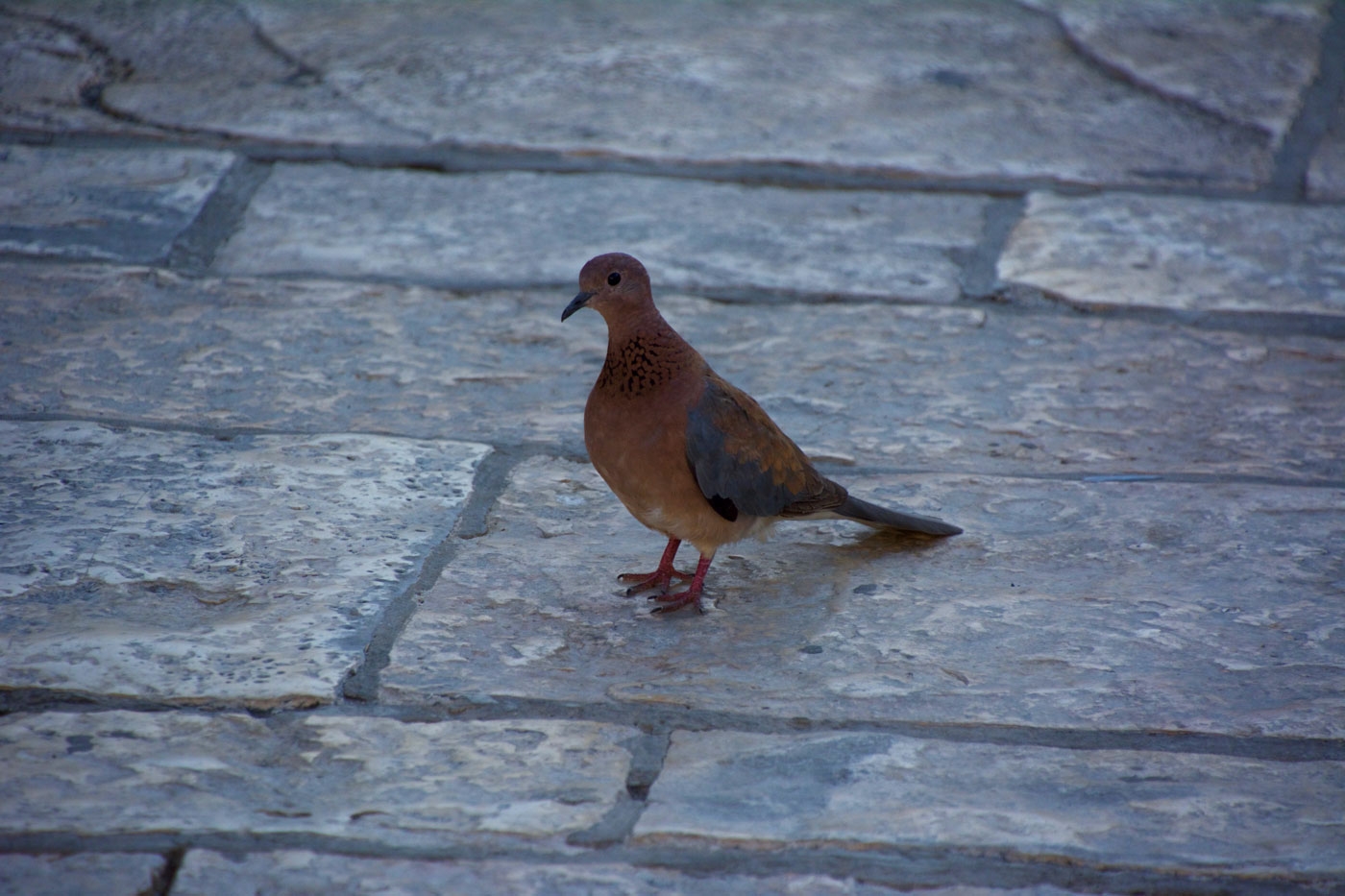 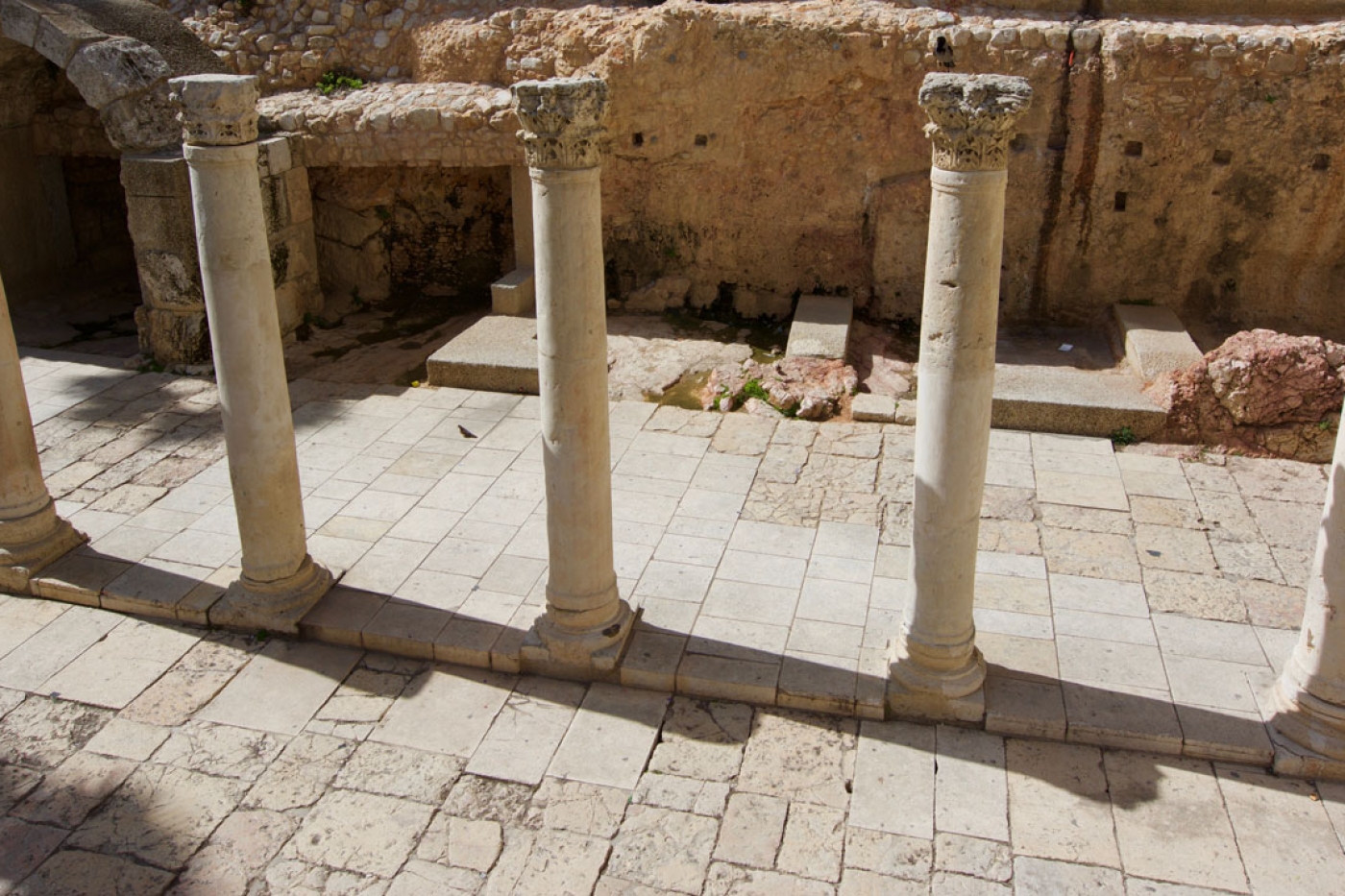 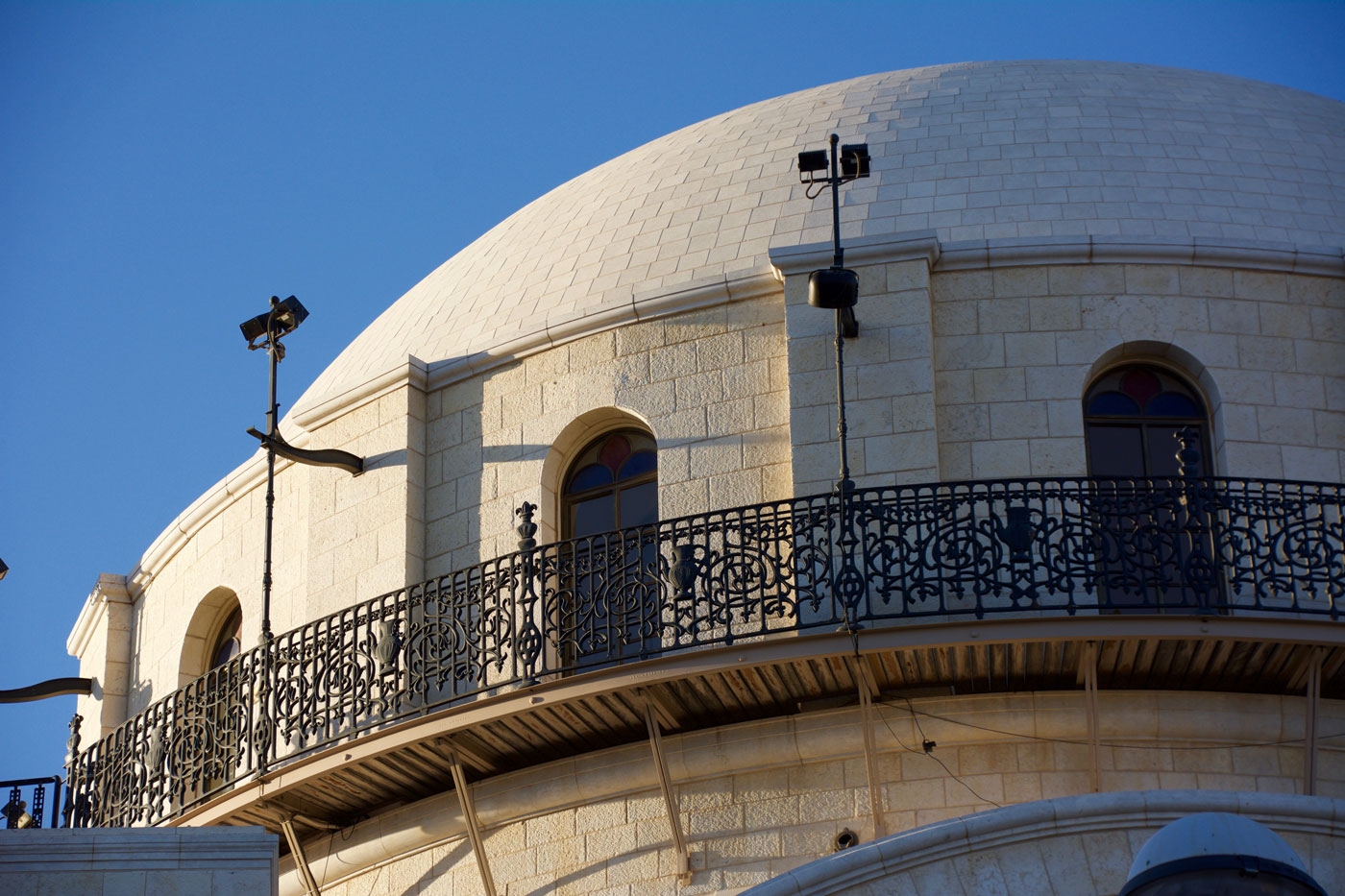 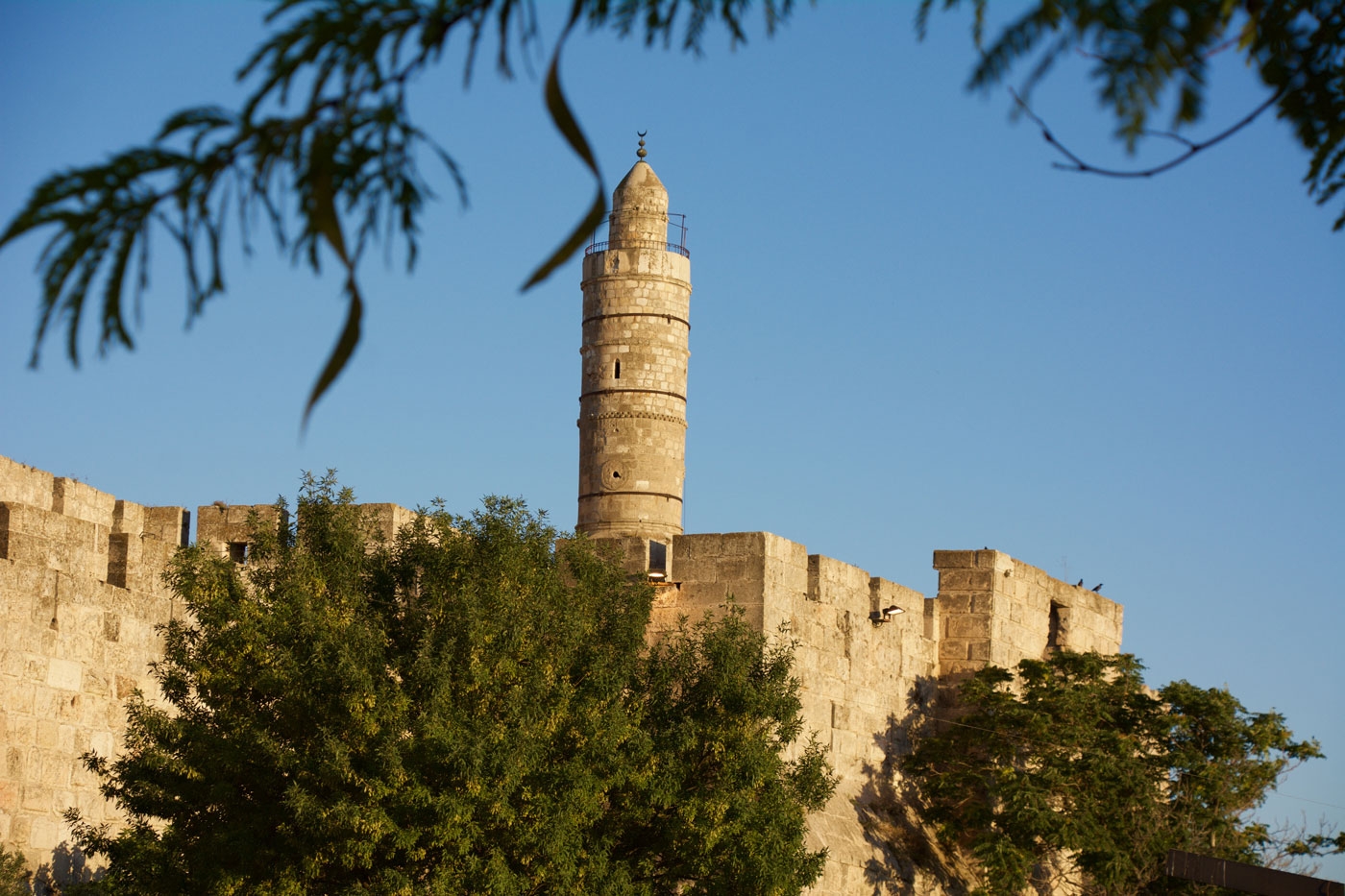 This was a short trip and we spent most of our time in Tel Aviv, but we were also able to take a couple of day trips including one by train to Jerusalem. The train was clean and convenient and only cost 20 shekels (a bit over $5.00 USD). The total costs are a bit more as you need to get to and from the train stations, and the one in Jerusalem isn’t in the center of town. But they do have local buses to get you where you need. The other options between Tel Aviv and Jerusalem are buses, which are almost as inexpensive, taxis, and Sheruts (shared taxis). Uber doesn’t get you more than a taxi in Israel so there is no real savings. Renting a car is quite expensive in Israel due to the heavy insurance costs, but if you do have a car, the drive from Tel Aviv to Jerusalem is about an hour.

After arriving by train we took a taxi from the station to Ben Yehuda Street in downtown Jerusalem. Ben Yehuda is known for its shops, restaurants, cafes, and street performers. 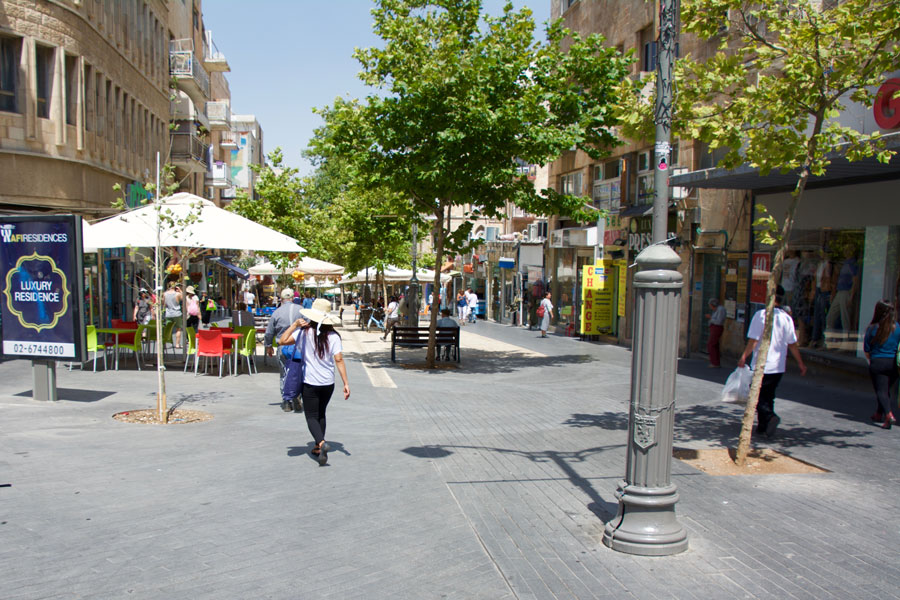 We arrived around lunch time so we headed over to Moaz Falafel on King George Street. Moaz is a basic falafel store with a few tables outside and a few stand up places to eat inside, but they do make really tasty falafels. It was really hot on the day we visited Jerusalem so after lunch we decided to cool down sipping “limonanas” at a nearby cafe before heading over to the Old City.  Limonana is a tasty cold drink made from lemon juice and mint leaves and can be found in cafes throughout Israel and the Middle East.

One of the more aesthetic things about Jerusalem is the ordinance that requires all buildings to be built with Jerusalem Stone (a pale limestone). But it’s the Old City of Jerusalem you’ve come to see and from Ben Yehuda, the gates of Jerusalem’s Old City are a casual 15-20 minute walk down Yaffa Road. 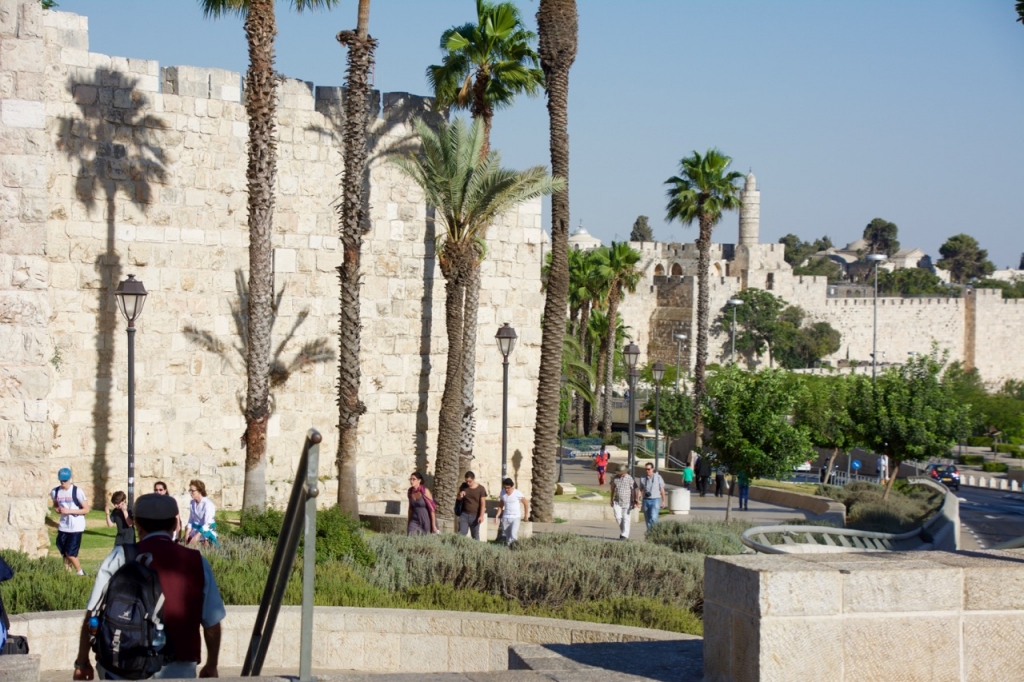 The Old City of Jerusalem is about a square kilometer within the modern city. And walking down Jaffa, your first sight of the Old City’s nearly 500-year old Ottoman Walls is truly an awe-inspiring moment. 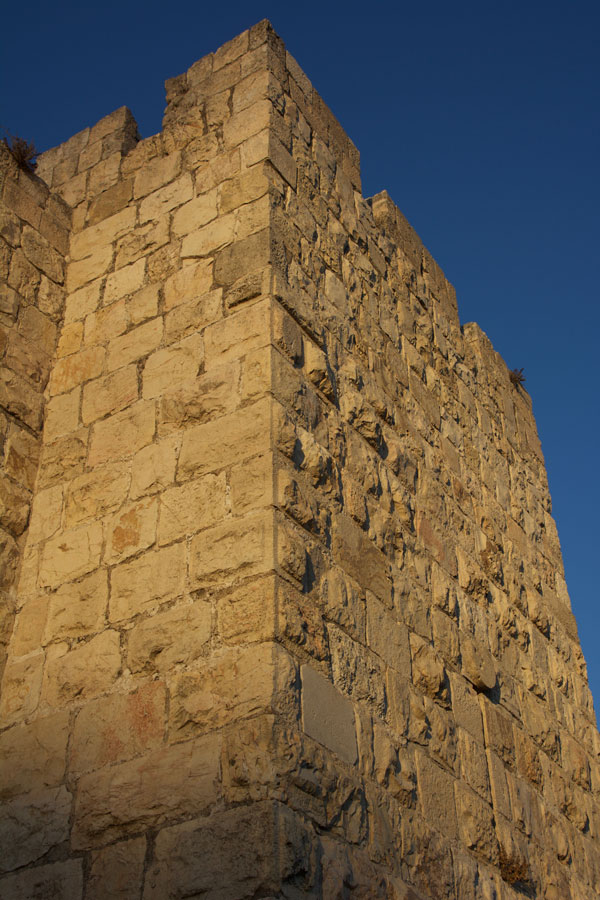 The two closest gates to the Old City are Yaffa Gate and the Damascus Gate. Both offer unique experiences of shops and historical sites within the Old City and are well worth visiting. 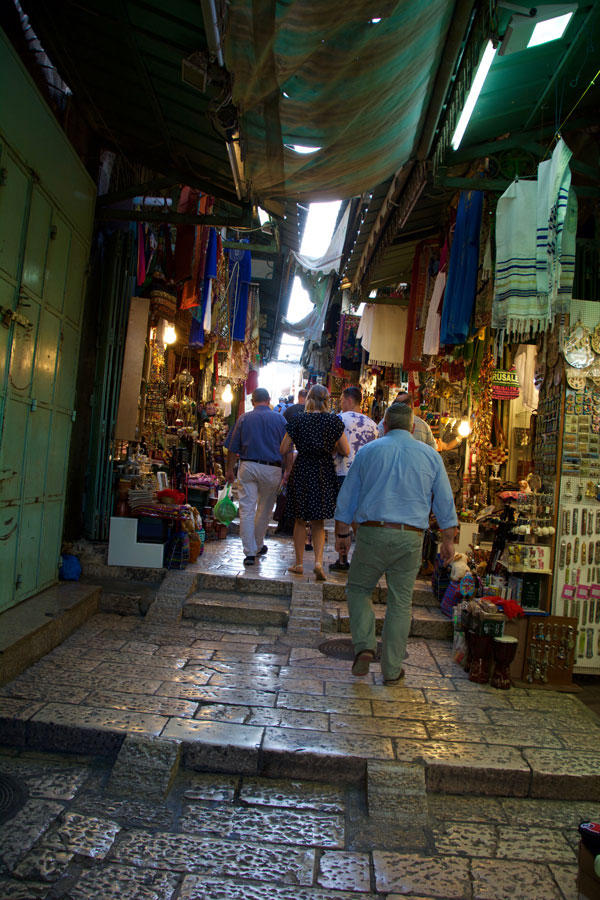 For this visit, we entered the Old City through Yaffa Gate and walked though it’s shop lined souk (market). We purchased a bag of homemade Jordan almonds which along with dates and other dried fruits are delicious locally available vegan sweets. 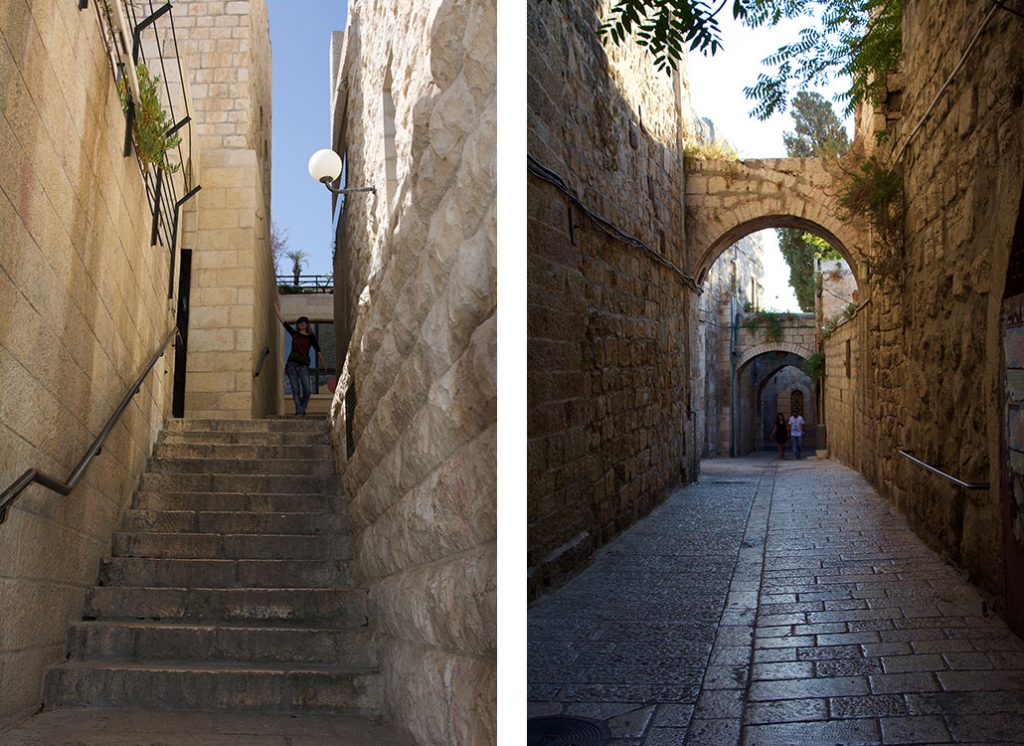 The Old City is made up of four quarters: the Muslim Quarter, the Christian Quarter, the Jewish Quarter, and the Armenian Quarter. Each has a unique atmosphere and sites of historical significance well worth exploring. This was after all the birthplace of our world’s three major Abrahamic religions (Judaism, Christianity and Islam). Each has left their mark on Jerusalem and you don’t have to be a believer in any of these religions to appreciate their historical sites or the significance that each of these religions has played in shaping human history. 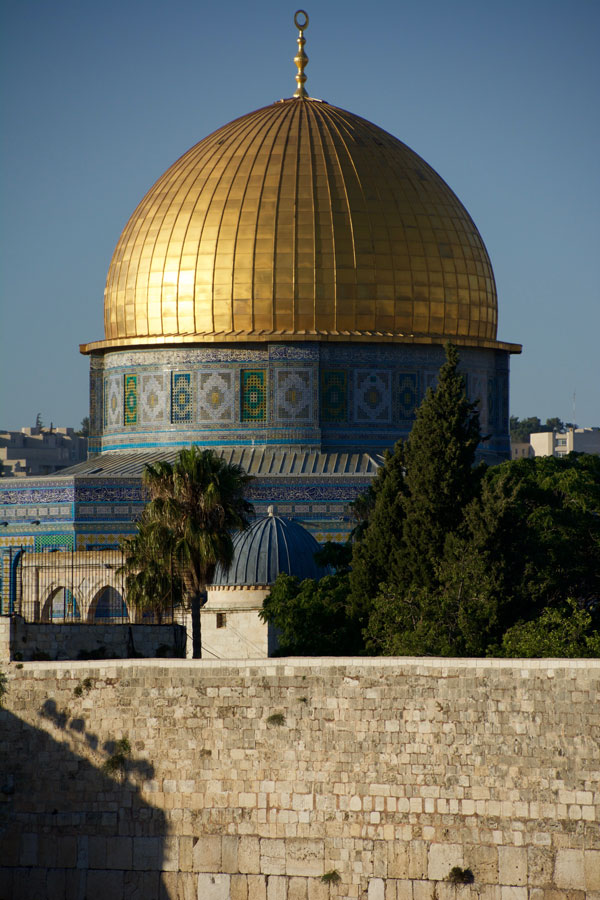 The Dome of the Rock pictured above is a beautiful Islamic shrine completed over 1300 years ago and built on the Temple Mount adjacent to Al-Aqsa Mosque, Islam’s third holiest site. 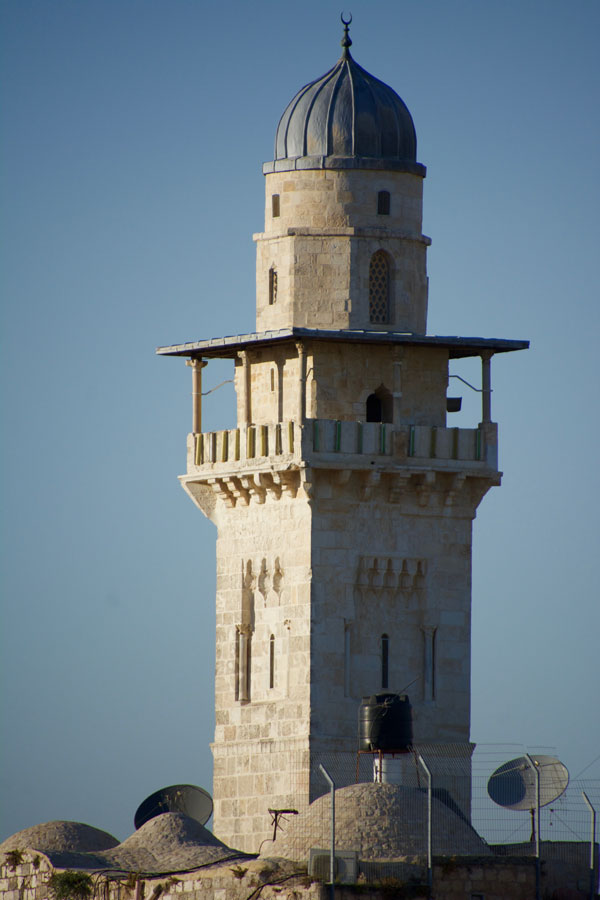 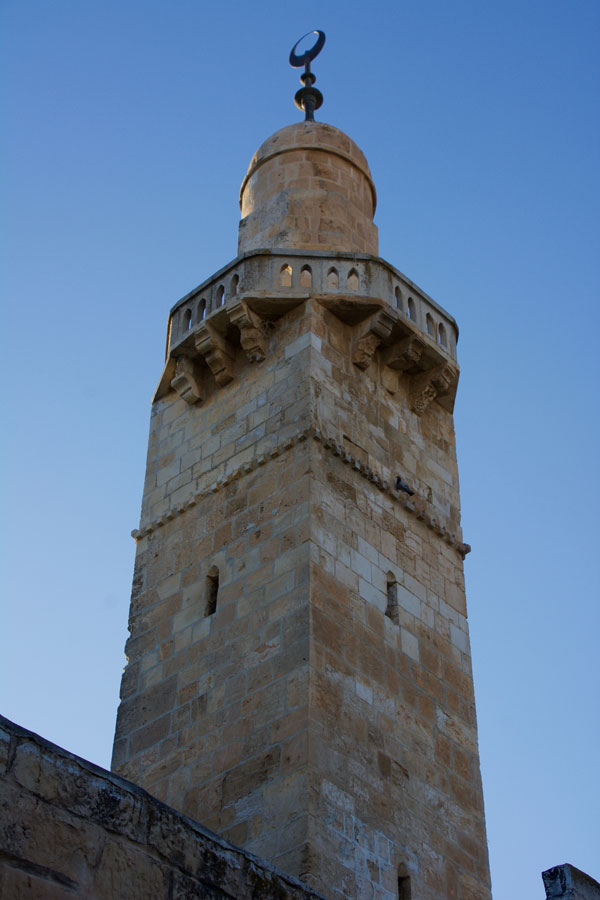 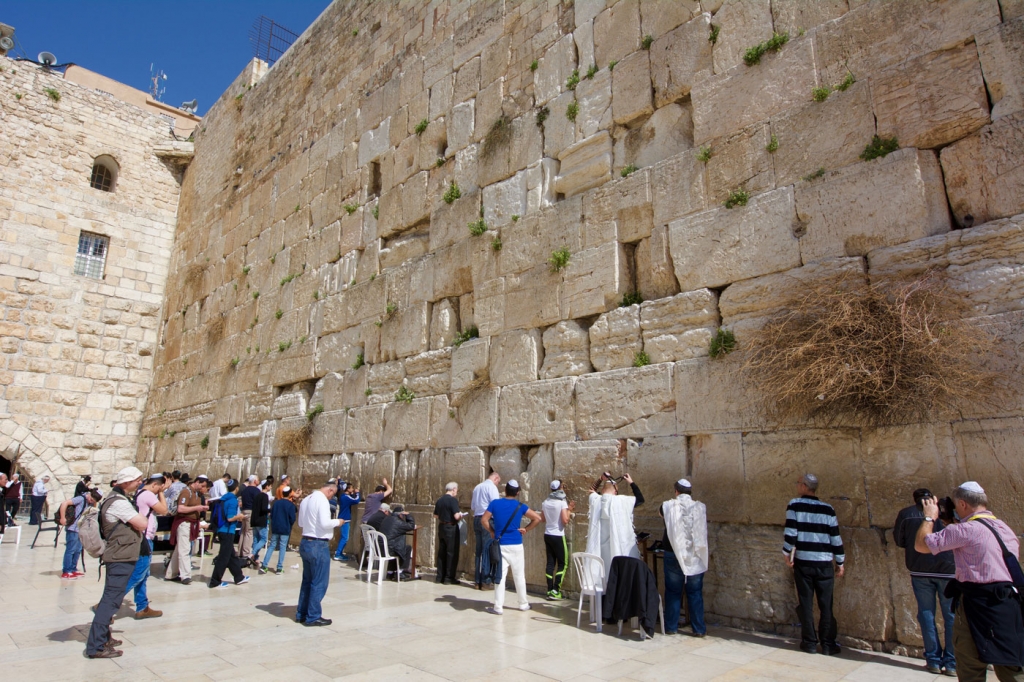 The Western Wall pictured above (also called the “Wailing Wall” or Kotel) was built in 19 BCE by Herod the Great and is one of Judaism’s holiest sites. It is part of the ruins from the wall built by Herod to encase the Second Temple, Judaism’s holiest site, where the “Ark of the Covenant” including the “Ten Commandments” tablets were believed to have been kept. 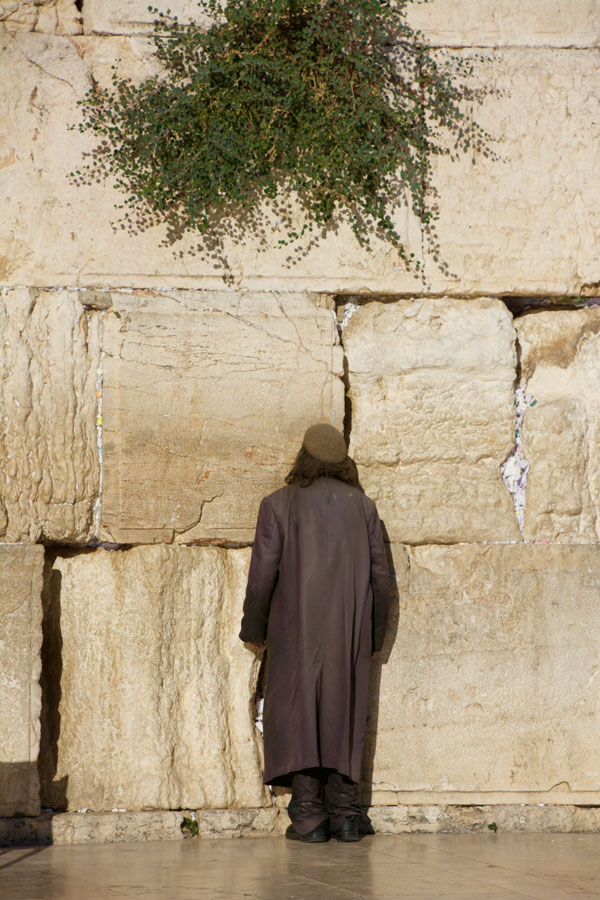 Prayer at the Western Wall of the Second Temple

The slider at the top of this blog has some more photos of the sites we visited during our one day walking tour around Jerusalem. But as I mentioned earlier, Jerusalem has so much history and incredible historical sites to see. Abraham is believed to have offered his son for sacrifice to God in this city. King David and King Solomon ruled and built great temples here. Jerusalem has ruins from the Second Temple and the Roman Empire, and traces of the Christian Crusades. Jesus preached, carried the cross, and was crucified in Jerusalem. Umar Ibn al-Khattab and Saladin conquered yet justly ruled. And five centuries ago, the Ottoman Turkish sultan Suleiman the Magnificent built the beautiful outer walls you see today.

Both Israelis and Palestinians consider Jerusalem their capital, and both have valid historical justifications. We were able to visit a few sites during our single day to visit, but so much more time is needed if you really want to get a good appreciation of its amazing history and get to know some of the idealogical and political perspectives of the people who live and/or come to pray in Jerusalem.

After our tour of the Old City, we walked back to downtown Jerusalem for a quick and satisfying meal at The Vegetarian Shawarma, an all vegan fast food restaurant near Ben Yehuda Street. After dinner we took a tram (light rail) to the central bus station and hopped on a bus back to Tel Aviv. I fell asleep during much of the hour-long bus ride, tired from all the walking, but really content that my daughter and I had shared this one-day adventure in Jerusalem.