Cusco: A Land of Bread and Chocolate 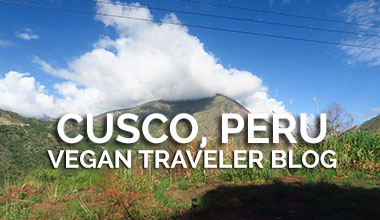 We woke after a night of little sleep. Lima is a noisy city and it always seems to be at its worst when you need it not to be. There was some sort of concert, playing loud samba music just across the street from our hostel into the early hours of the morning. This is not what you want when you know you are faced with a supposed twenty-two hour bus journey the following day, which turned out to actually be somewhere between twenty-four and twenty-five. Groggily we got dressed for checkout and then sat around for a bit before heading out. We were using MovilBus. We got onto the bus and thought ‘this may actually not be so bad’. The seats were comfortable, the AC was strong. We thought wrong. I was sick within the first three hours and it really set the tone for the following twenty-one. There is only so much one can do to make a twenty-four hour bus journey tollerable, so of course the comfortable seats became grating; the hunger, exhaustion, and sickness were growing; the pleasant smell gradually faded to the ever-rising, ever-familiar bus toilet scent; the speakers above us were broken and played incredibly loud at a high frequency. This became a complete assault on the senses. But at the end of it we would be in beautiful Cusco. And the scenery, of course, was consistently beautiful. 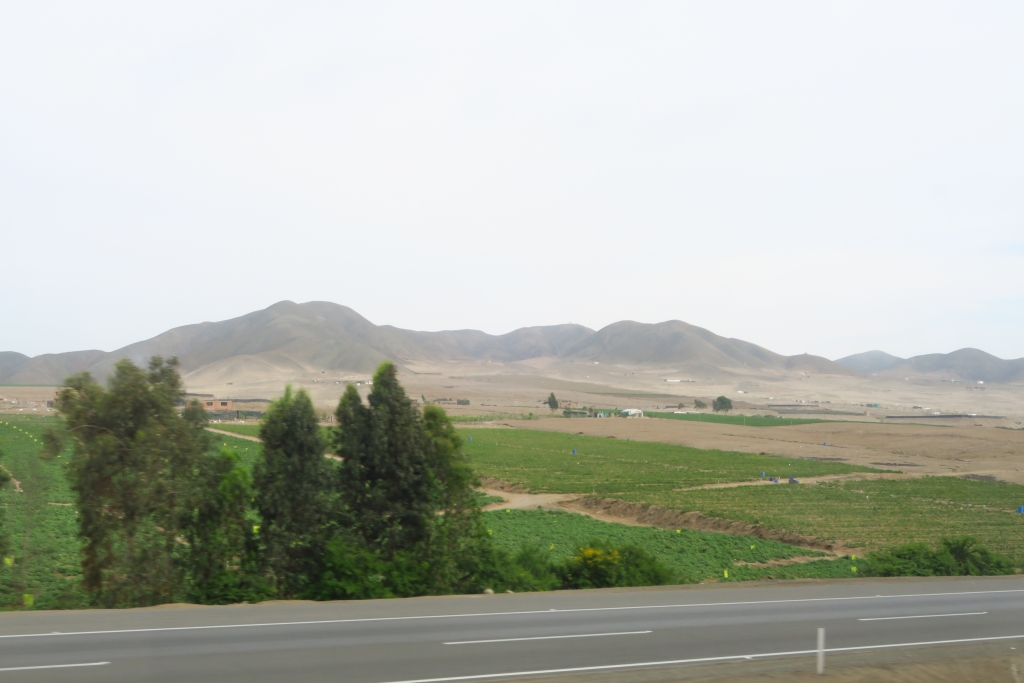 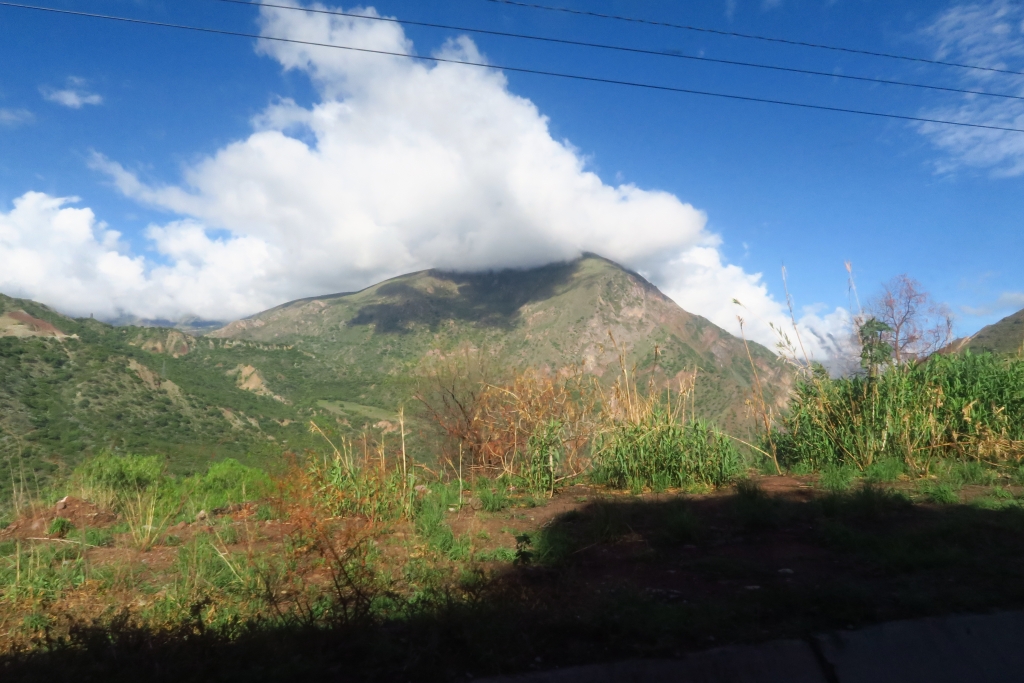 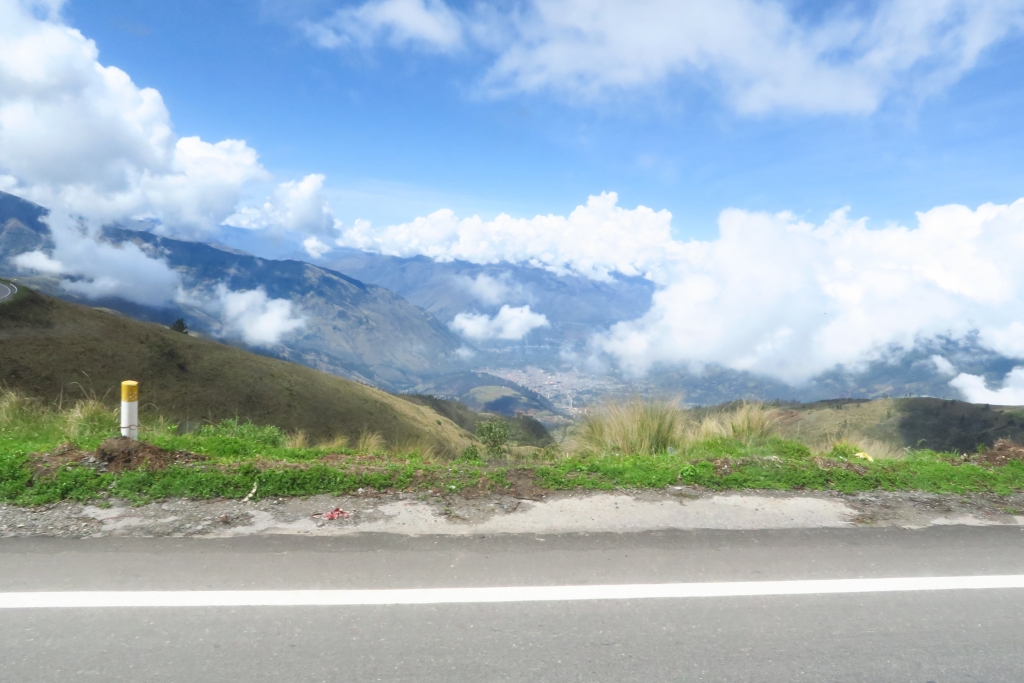 Finally! We were off the bus and experiencing fresh air for the first time in over a day! We set off to find our hostel, so that we could drop our stuff off and put food in our bellies. Walking around Cusco was extremely pleasant/difficult after the journey. Everything was uphill, and it was cold and rainy. It was a bit of a familiar taste of home, but at a much, much higher altitude. We got to our hostel, bumped into some people from our previous one, got food from a nearby supermarket, rested until a reasonable time to sleep, and slept like giant backpacking babies. 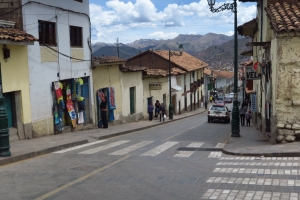 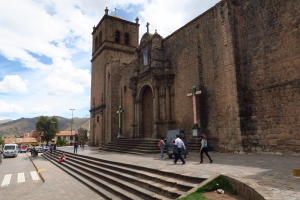 We initially planned to go to Machu Picchu the following day, to compensate for our small amount of time in Cusco. But that was another few hours travel and we needed a day in which we would not be on buses, and could walk around at our own pace, so we changed it to the following day. We decided to explore instead. In our wandering we happened upon a chocolate shop that was connected to a chocolate museum we’d heard rumours of. They were doing a chocolate cooking tutorial. We checked if it would be suitable for vegans, and went along! We had an amazing time here. I strongly recommend this to anyone in Cusco. At $20 it’s definitely the most expensive thing we did in Peru, but it was absolutely worth it. A warning, however, is that one of the drinks has honey in it, and they have no alternative to replace this with, so you will have to miss out on one of the samples. Not only did we have a great time and get to try loads of chocolate. It made me think that I might want to be a chocolatier. I was inspired. 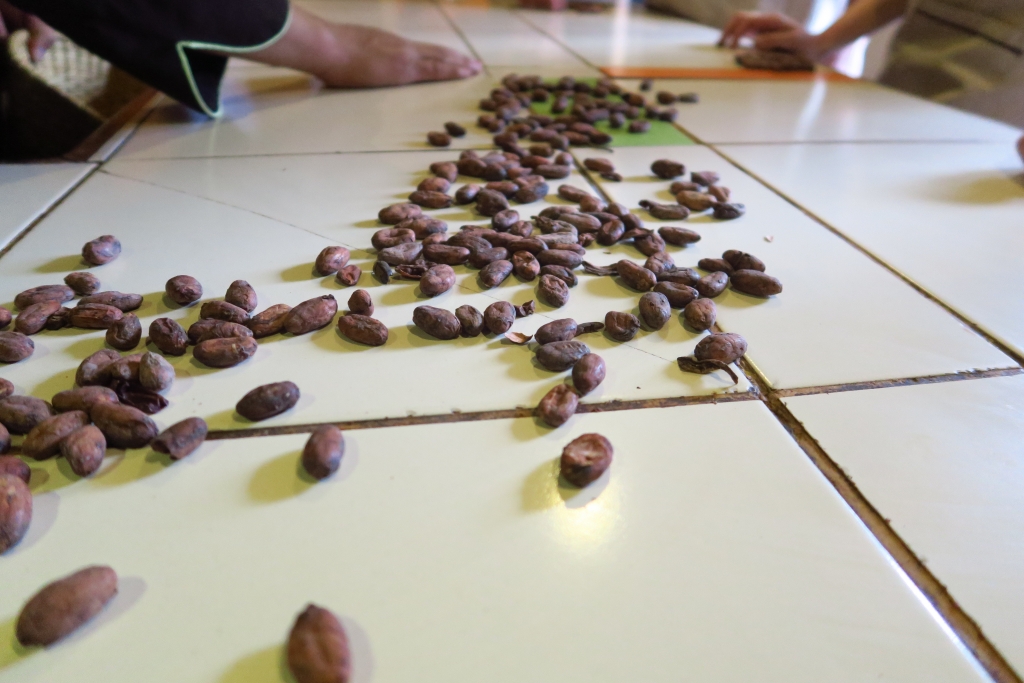 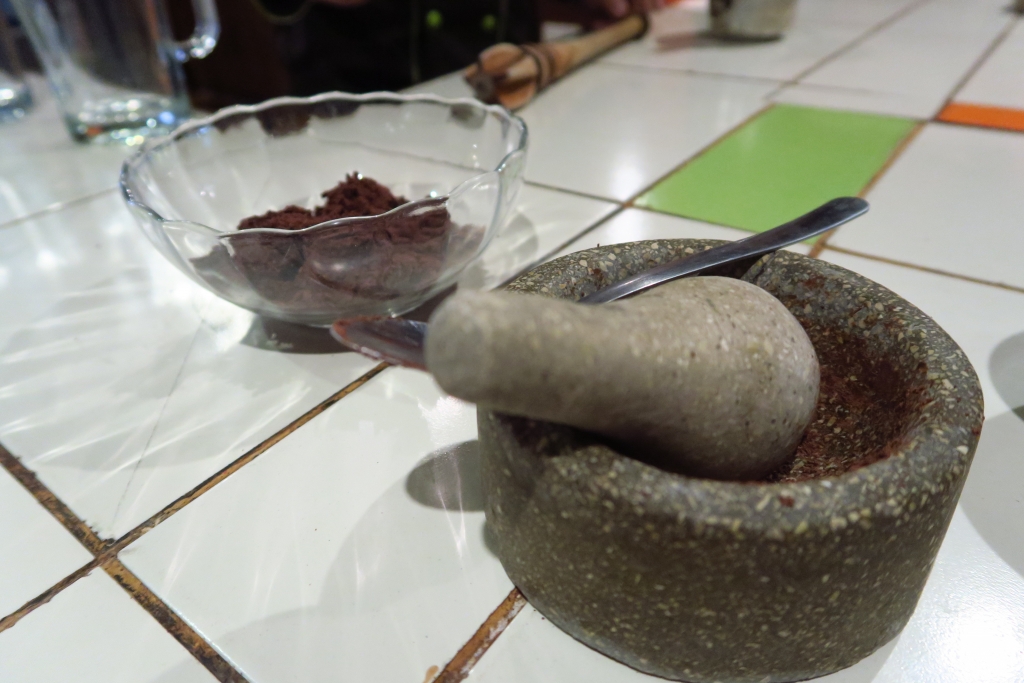 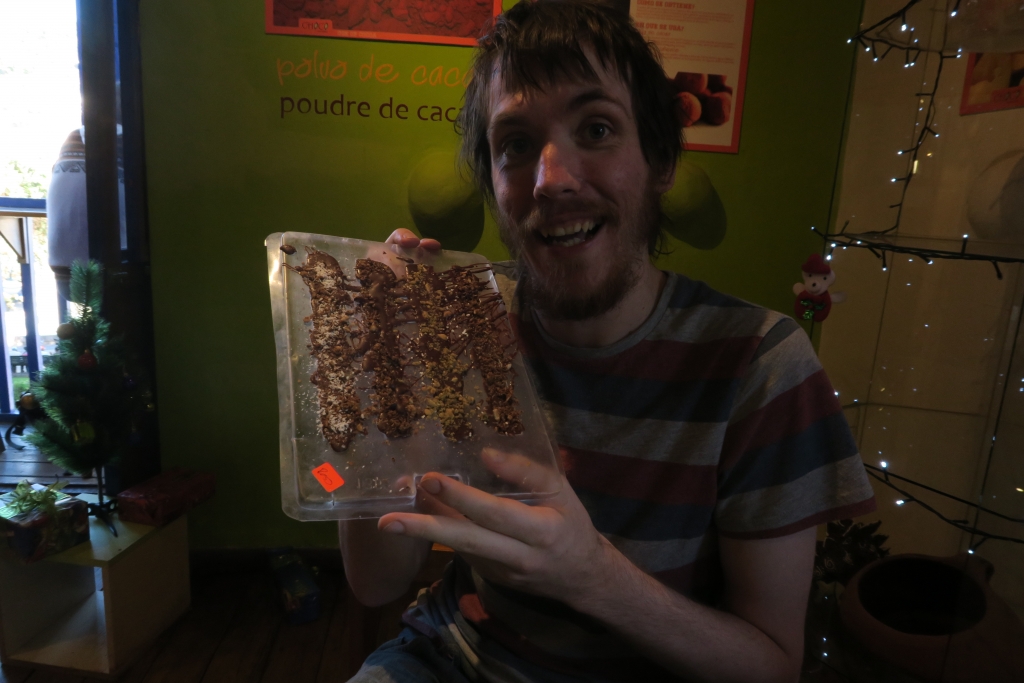 After here we went to an amazing restaurant called Green Point. We were told about this place at our hostel and we thought we should check it out – and I am so glad we did! Everything on the menu was exciting to me! After hearing the super Peruvian dish that I initially ordered was sold out, I defaulted to the burger, as it is my quest to find the perfect veggie burger. The burger here was made with quinoa, and was quite delicious. The star of the show, however, was the unbelievable tomato and onion bread. I have honestly never had bread close to this good. We heard about how good Peruvian bread was, and I was excited that I might actually get into bread while I’m there – bread is generally not something I’m very enthusiastic about – and for the most part it was tasty enough. But this! THIS! This bread was an absolute game-changer for me. It was incredibly soft on the inside, surrounded by the perfect amount of crust. The flavour was out of this world! Tearing it apart and dipping it in the amazing salsa you are served with is definitely a top five food highlight of this trip thus far. I recommended this to several people at our hostel. A few of which have since messaged me on Facebook to tell me they tried the bread and that it was indeed wonderful. I forgot to check how they were for gluten-free options, I’m afraid. But that it definitely worth looking into. If you are in Cusco you absolutely do not want to miss out on this. 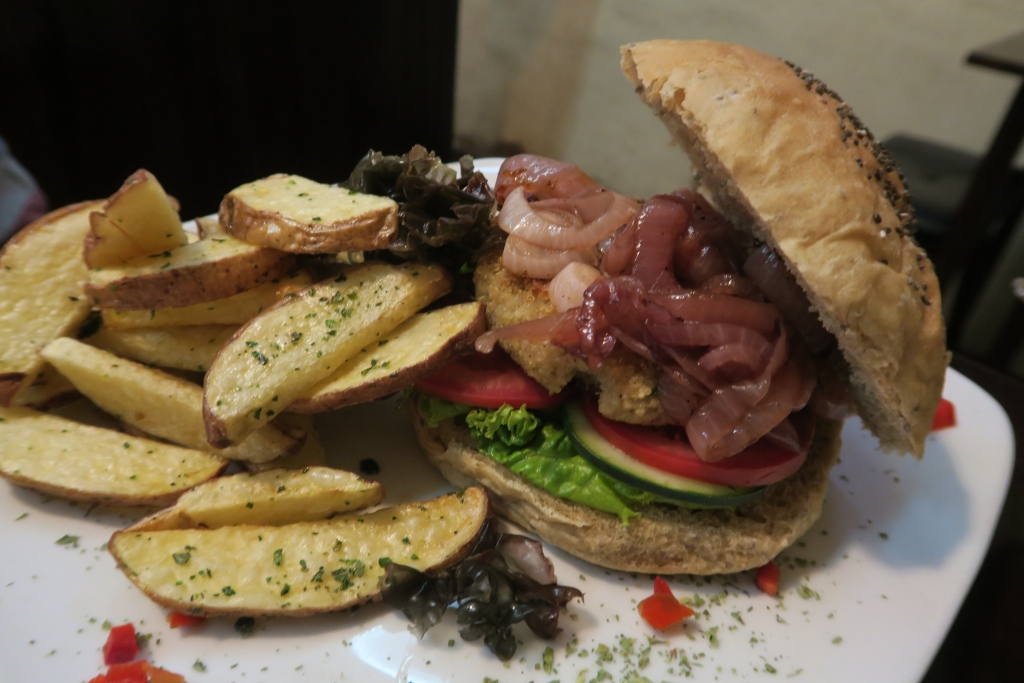 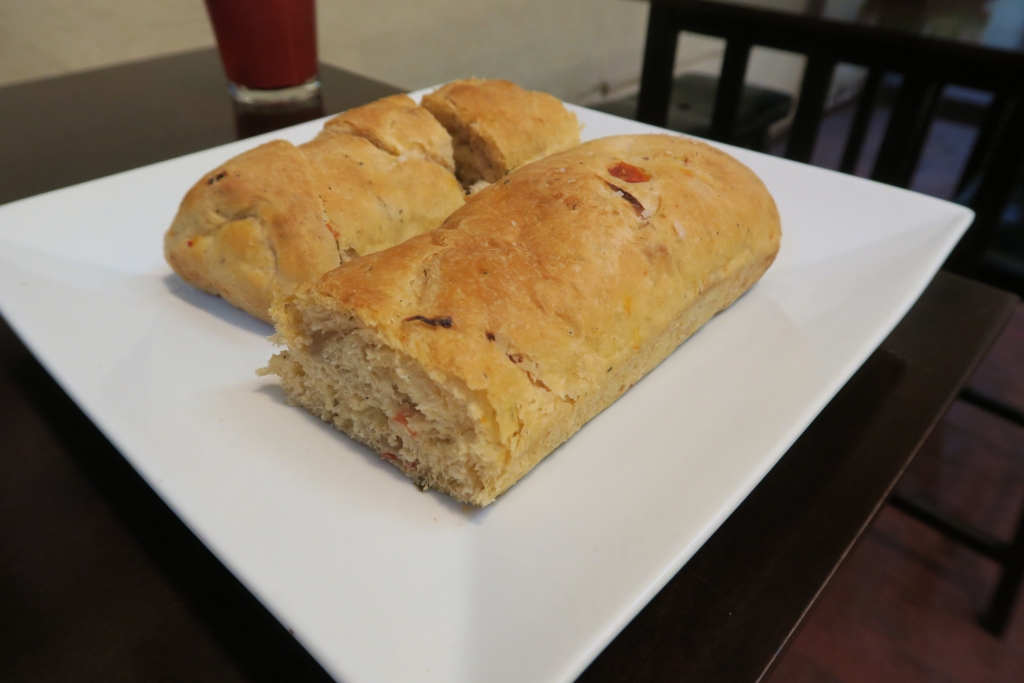 That evening we went to book Machu Picchu stuff for the following day and found out that it was unfortunately unavailable. We would have had to fit the whole thing into a single day, which is doable via train. However, the train for the following day was completely sold out. This was unfortunate, because it was such a big part of why we went to Cusco. But we decided not to be bogged down by it, and that there was enough to see in Cusco that it would still be worth our visit. The following day I woke to find I was finally feeling the effects of altitude sickness, much like a large majority of our hostel. After breakfast I had some coca tea, and set off to explore a bit more of Cusco and to go to the Mercado Central de San Pedro. This is a huge market place in the centre of the city. You can spend hours here just wandering around, comparing prices on a number of wonderful fruits, vegetables, juices, breads, and souvenirs. I had an amazing time here, flexing my Spanish and gathering my food from a number different vendors. With a few bags of vegetables and a huge wheel of bread it was back to the hostel to make dinner, seeing the wonderful sights along the way. 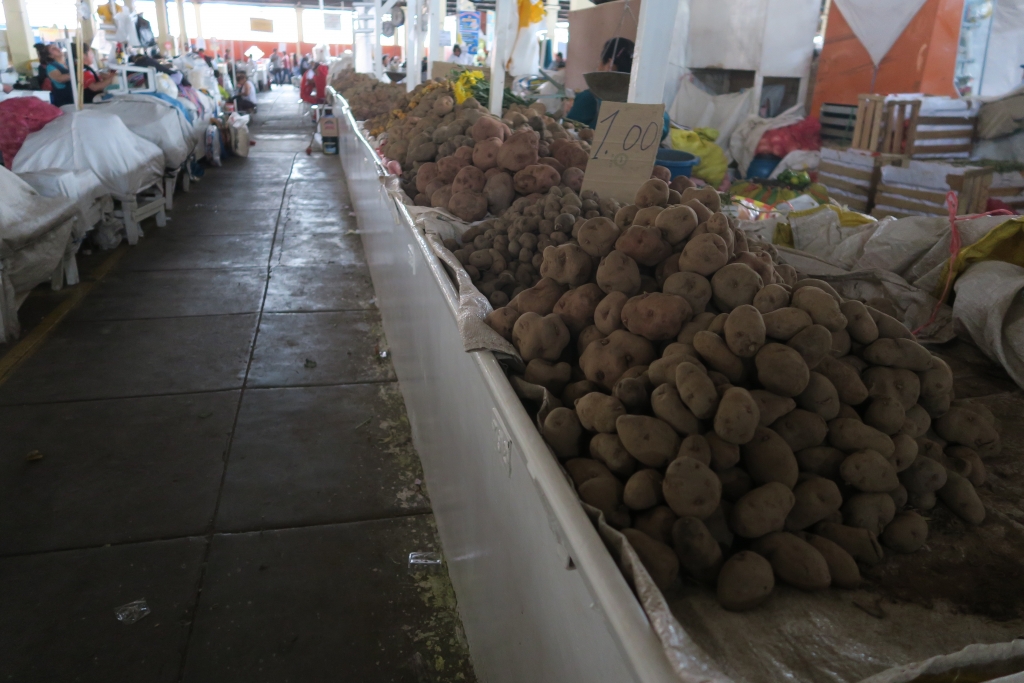 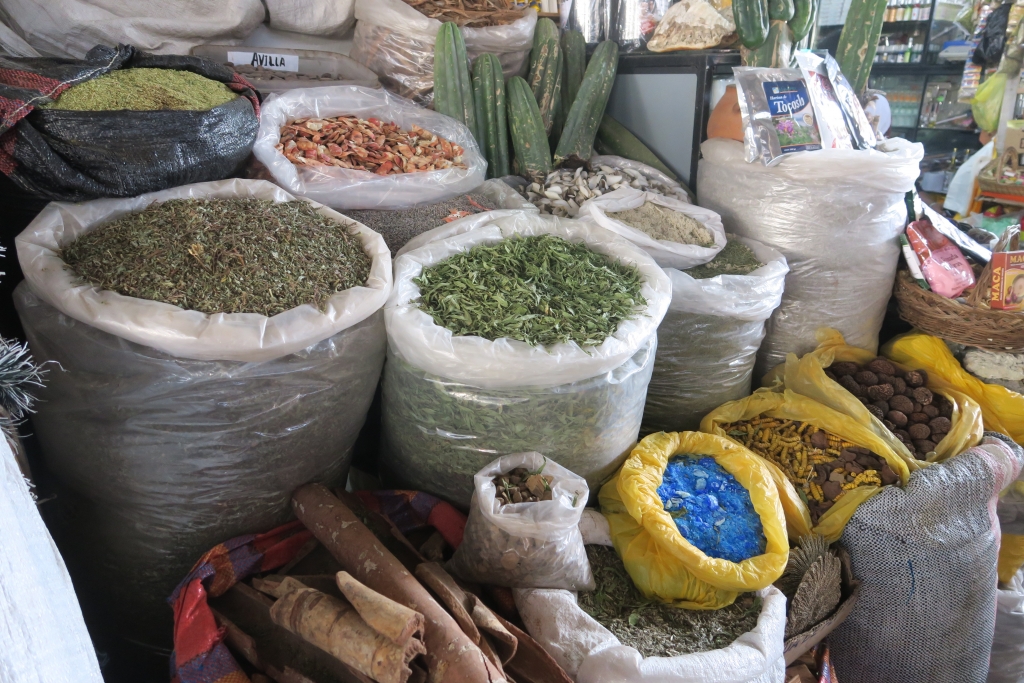 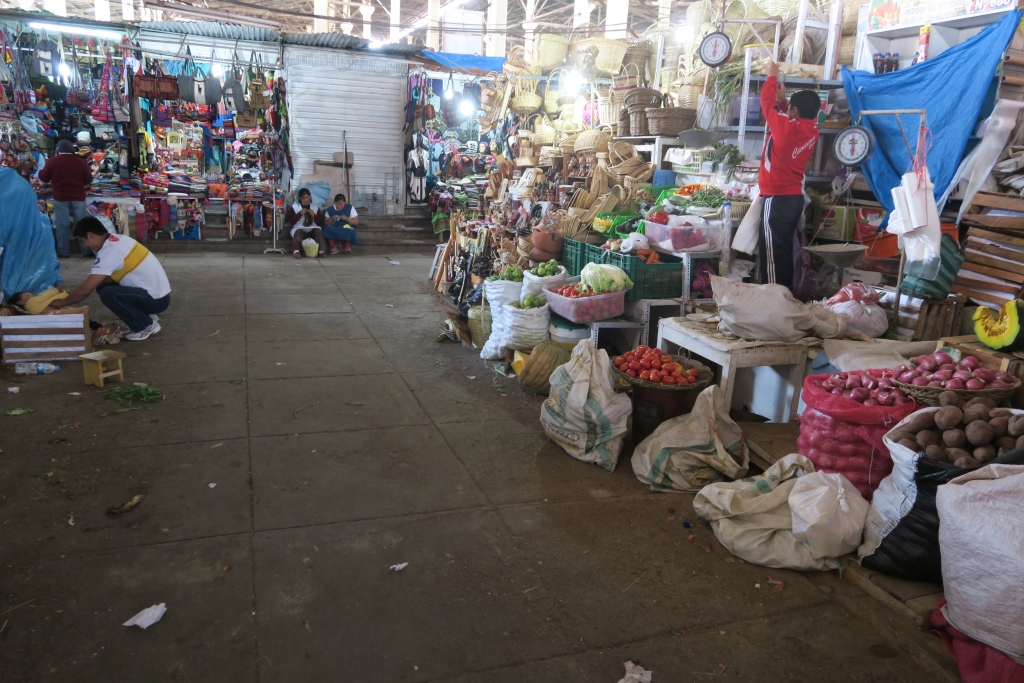 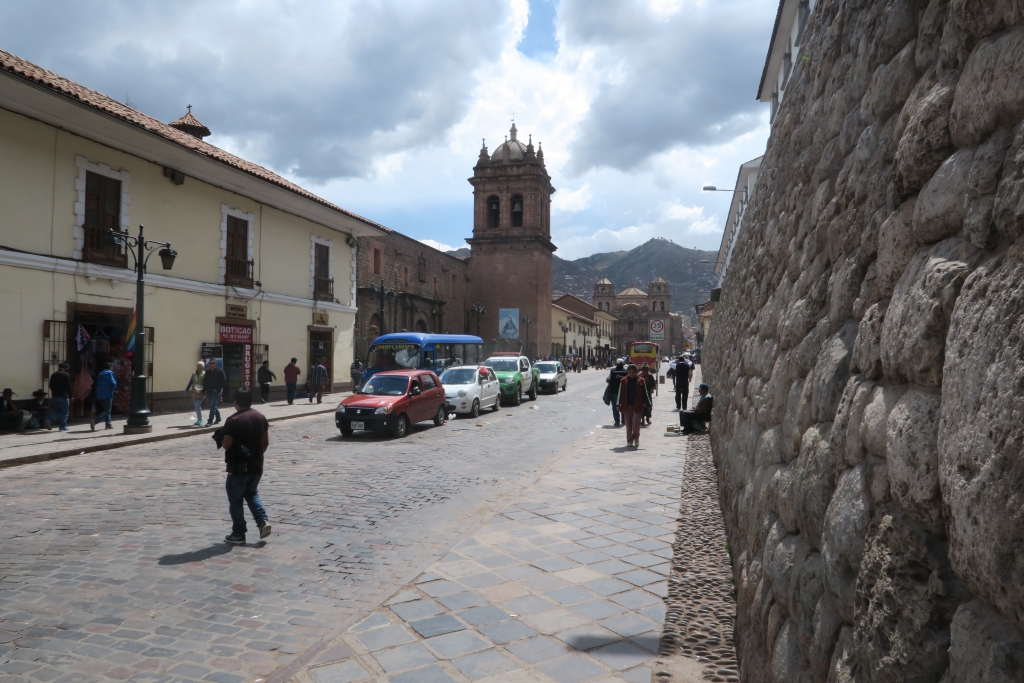 The following day was our last day in Cusco. We had a few hours after checking out of our hostel, and so we did what any good vegan in our position should do, and went back to Green Point to get that bread one more time. This time we had it with the spicy salsa. The bread was somehow even better.

Cusco was beautiful. It was unfortunate that we did not get to go to Machu Picchu, but it really didn’t impact the amazing time we were able to have there. We only got to spend a few days here, but what an amazing few days it was. Cusco is such in important part of Peru that you really don’t need me to tell you to check it out. I will, however, gently remind you that if you are here you could always check out that chocolate workshop, and the tasty, tasty bread!