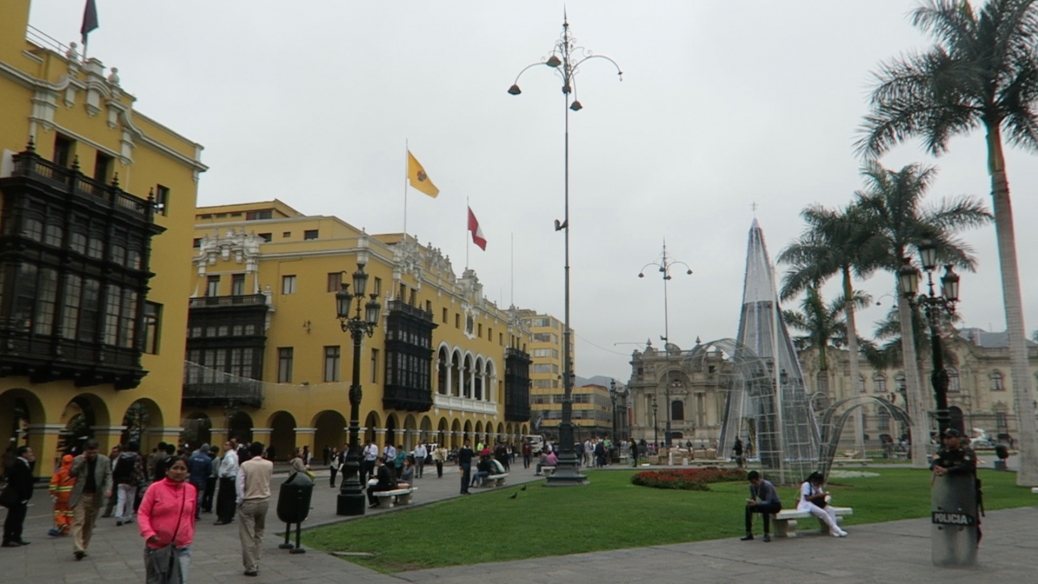 We’re in PERU! I have only been in the country for 17 hours and I have already experienced and learned so much! But before I get into all that, let me tell you about the travel.

We left our hostel around 11:30am on what would have been Thanksgiving for me if I had been home but what was just another day in Jamaica. Only it wasn’t quite just another day; it was my last day and I was pretty sad about that. I enjoyed my time in Jamaica, especially Kingston, immensely. The same cab driver that picked us up when we first came to Jamaica, picked us up again yesterday and took us to the airport. This gave me a great sense of completion and closure to the trip. The next several hours were blurs of airports and security and flipping through my vegan passport muttering, “Soy vegana.” I saw the lush and beautiful Panama from the air, called my mum from the airport to wish her a happy Thanksgiving, and before I knew it, we were taking off for Peru.

After a few rounds of trivia games with Ross and lots of complaining about being hungry, we were served our meal. What else could it have been but rice and beans! It didn’t matter that I was getting a little tired of rice and beans at this point. Food is food. There was also salad and fruit, so it wasn’t so plain. Excuse the lighting. Airplanes, right?

The portion was pretty small though, so by the time we landed, went through customs, and found our cab driver waiting for us, Ross and I were both hungry again. The city was amazingly busy for how late it was, though, so that gave us something to stare out the window in awe of while we waited for the chance to get more food. When we did eventually arrive at our hostel, we were offered some really lovely food- rice and beans. Neither of us could tell if it was because of how much there was, how late it was, how hungry we were, or some other reason, but it was seriously really fantastic rice and beans. We spoke with
some people in the hostel for a little while, realized it was 1:00am, and headed off to bed. 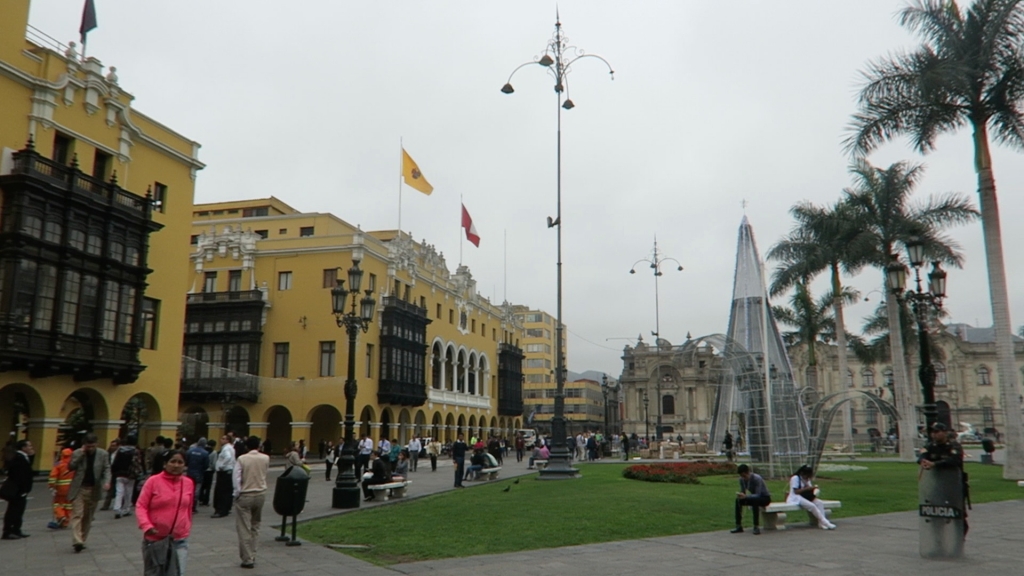 This morning, we met a photographer from Venezuela. He offered to take us around the city and help us with our Spanish. He was so incredibly nice. He took us through the town square, to a vegetarian restaurant where we all ate together, through a big fruit market where we purchased some really wonderful looking avocados, and back to the hostel so he could take a siesta before heading back out. While we were out, enjoying the chillier shift in weather, we kept encountering fruit that we had never heard of or never seen or tried before, so we went around sampling and purchasing all afternoon. I can’t remember any of the fruits’ names, as they were all in Spanish. But I can remember what they looked like. Some of them were really strange! Despite being told by a few people at our hostel that being vegan in Peru meant that we were… Uhh, [seriously mistaken in thinking we would find food], we’ve had a pretty easy go of it today. A little explaining and a handful of fruit goes a long, long way. 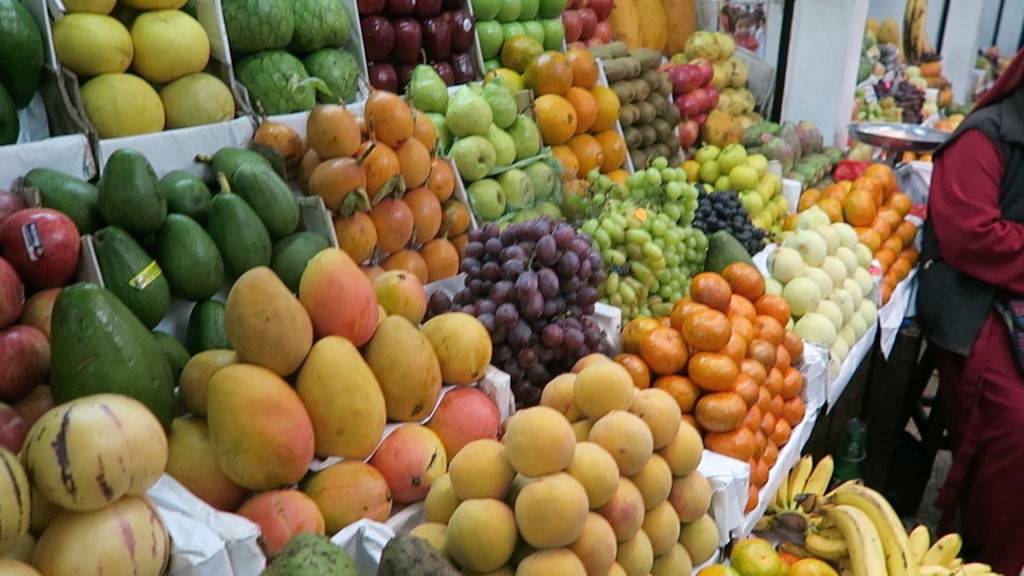 I’m still quite exhausted from yesterdays travels. Considering that, I feel like today was incredibly productive! I learned that you must boil the water before you drink it, I learned that everyone is your “amigo,” and that when you start speaking Spanish again it comes flooding back, and perhaps the most practically important- I learned NOT to flush the toilet paper. I also got to see some amazing photographs that our new Venezuelan friend took in the Amazon. All in all, it’s been a wonderful first day in Peru. All I have to do now is sit down and let it sink in that I am in Peru. I’ll let you know when that happens.

Until then,
Ellie Lebo

EDIT: Because of the slow wifi, it has now been 19 hours since I’ve been here. And in the last two hours, I’ve learned that the wifi is slow. 😡