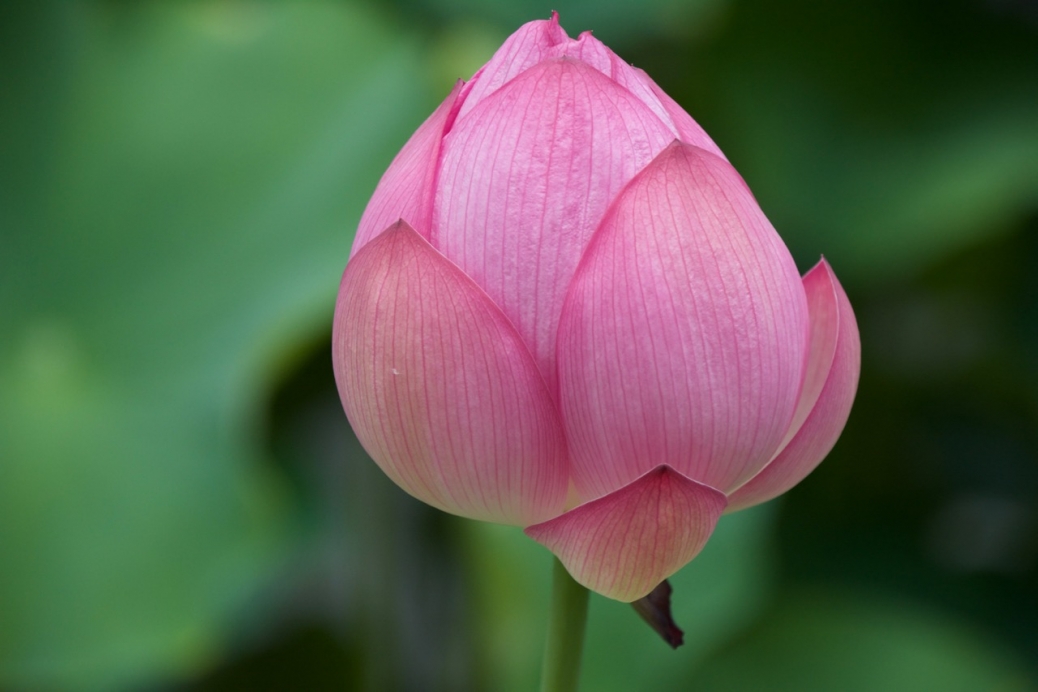 Gorgeous lotus flowers are all over Japan this summer, especially near Buddhist temples. The lotus flower is revered here and is also seen as a symbol for Buddhism. Arising out of muddy waters to a beautiful flower symbolizes the path to enlightenment for some. In a way analogous to the path each of us has been on to compassionate veganism.  Our first visit to Japan was in 2009, and in the years since it has become a lot more vegan friendly, especially in Tokyo and Kyoto. 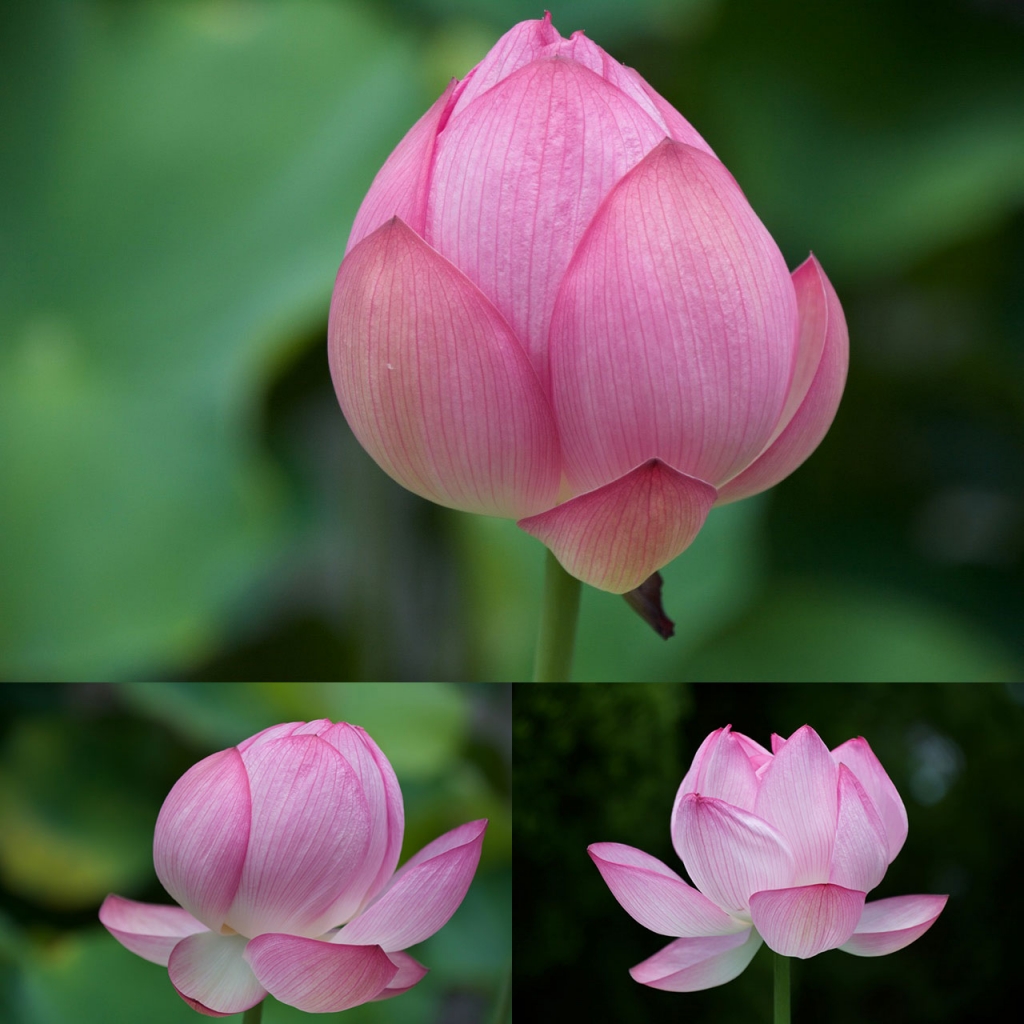 As I am writing this my daughter is on her flight home, and I am at the airport awaiting my departure. She and I just traveled together for two weeks in Japan. She lives in Europe and I live in the USA, so we met up for this trip in Tokyo. Living so far away we don’t often get the opportunity to spend this much quality father-daughter time together, so this was a very special trip for me. Also, the last time she and I traveled to Asia together was back in 2009, and it was during that trip that we came up with the concept for VeganTravel. If you are interested, you can read more about how and why we started VeganTravel on our About Us page. And as a quick side note for those of you hoping to enlighten your loved ones about animal compassion issues and vegan ethics; it was my daughter’s words of compassion and reason that convinced me to go vegan eight years ago. And I am forever grateful to her. 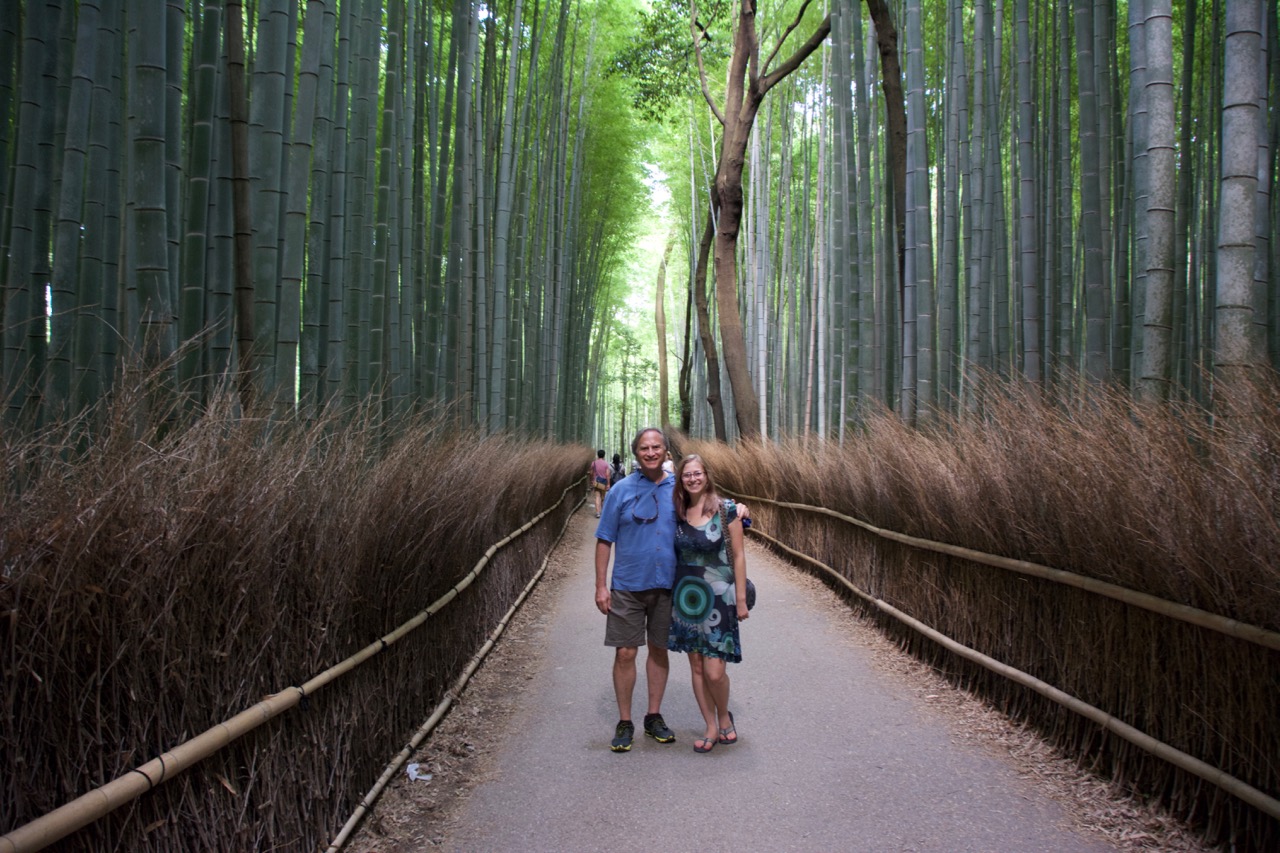 Michelle and I at Arashiyama in Kyoto

We found that one of the nice things about traveling as vegans is how many different neighborhoods we get to explore in search of the best vegan restaurants and cafes. I will provide more detail on the vegan restaurants we dined at during our trip in a bit, but following are a couple of helpful maps of vegan dining in Tokyo & Kyoto, along with restaurant listings with photos, details, and reviews:

I thought it would be more helpful if I started this blog with a couple of practical travel tips we found helpful while traveling around Japan:

We had planned to travel around Japan by rail so we purchased JR Rail Passes before we left home. If you will be doing a decent amount of train travel, buying these passes before you get to Japan can save you quite a bit compared to buying your tickets when you get here. The pass enables you to travel throughout Japan and even provides you with free access to several JR lines within Tokyo & Kyoto. And Japan which is well know for how courteous it’s people are, provides all signs and announcements in their stations and on the trains in English as well as Japanese.

The pass also provides free access to the Narita Express train to and from the airport and Tokyo, which normally cost 3,020 Yen. And it gives you access to Japan’s high speed “Shinkansen” trains, which are an absolute delight to ride. Advanced seat reservations are free with the pass and are highly recommended with the Shinkansen and other more popular train lines. 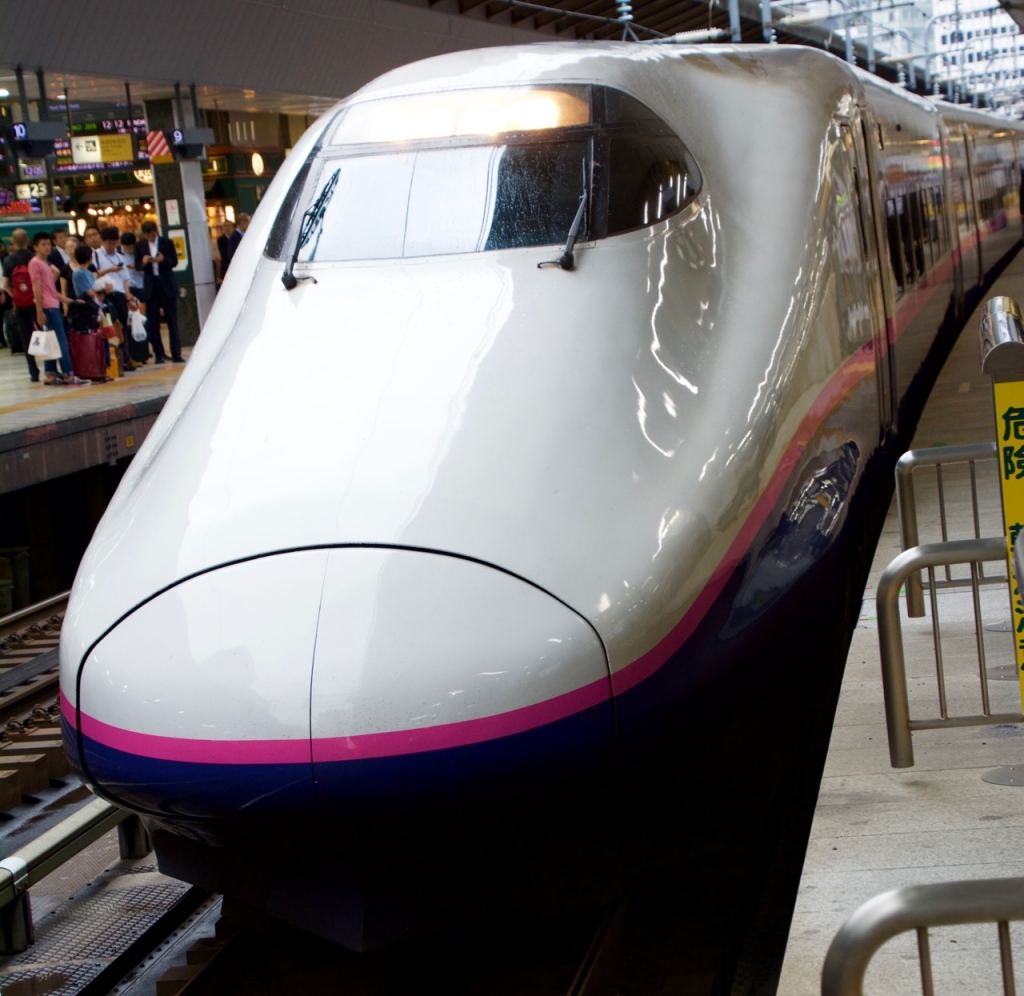 Japans subways and busses are very clean, efficient, and easy to use. As with Japan’s long distance trains, all signs and announcements on their local bus and subways are also in English as well as Japanese. We got near perfect directions throughout Japan using Google’s Map App on our phones.  To use Google’s app live you would need a cell phone with a really good international data plan. If you don’t have a good data plan, cell phone data roaming abroad is super expensive. Another slightly less convenient way to use the Google app is to download directions to your destination while you have access to a WiFi connection.

Subway tickets can be purchased at each station as either a day pass, or as individual tickets based on the distance to your destination. As we often took busses and used JR Trains, we found the individual tickets to be the more affordable way for us to get around Tokyo and Kyoto. But if you think you will be making a lot of subway stops in a day, the day pass may make the most sense for you. Also, if you have a JR Pass, please keep in mind that those trains within Tokyo and Kyoto are free with the pass. Individual subway ride tickets start as low as 170 Yen (around $1.70 USD) and are based on distance you will be going. Tokyo’s Metro 24-hour Open ticket currently cost 600 Yen (JR Trains and Toei Lines are not included in the 24-hour pass).

Using the Google App, we found Japan’s local busses to be our most direct way of getting around Kyoto and Tokyo. The local busses board from the back of the bus, and you pay your fare when you exit the bus. And conveniently again, upcoming bus stops are announced in English as well as in Japanese. The fare for the busses we took were all 230 Yen and they ask that you have exact change. We did get change a couple of times on the bus from 500 Yen coins, but we also had a couple of bus drivers who wouldn’t provide any change.

Before I share more about our time in Tokyo, I need to credit Cody and Giselle for the awesome tips they provide in their beautifully written and photographed travel blog, Mindful Wanderlust. We referenced them often during this trip. Our first stop in Tokyo after arriving on the Narita Airport Express JR train was at one of their suggestions: T’s Tantan in Tokyo Station.

It was uncomfortably hot, rainy, and humid during our first days in Tokyo that we were questioning the wisdom of our visiting Japan in July. Luckily it stopped raining and did cool off quite a bit by the last days of our travels. But on those hot days a nice way we found to cool off was to visit some of Japan’s relaxing vegan cafes. Below are photos from Pure Cafe, one of our favorites in Tokyo.

There’s lots of free WiFi available throughout Japan. Many cafes and most accommodations seem to offer free WiFi. And the Starbucks all over Tokyo and Kyoto also offer free WiFi. But as a warning, Starbucks’ WiFi was slow and intermittent and they seem to boot you out every 15-20 minutes. So if you are doing any work at a Starbucks be sure to save your work often.

Getting Cash at ATM’s

Many of Japan’s restaurants and shops only accept cash, so you will need to make sure you have enough cash with you at all times. Most western bank debit cards don’t work at Japan’s banks or ATMs in the train stations, but they do work at all Seven-Eleven and Lawson convenience stores. And please be wary of exchanging cash at the airport and train station money changers. We found their rate to be over 10% worse than the exchange rate we received at a 7/11 store ATM.

Tipping is not expected or customary in Japan, and it may often be refused. Some locals have shared that they consider it an insult or imposition of outsider customs.

I don’t pretend to know a lot about Japanese culture, but this is an extremely modern country and the people we have met have been extremely polite and courteous. Talking loudly in public is frowned upon. We found greeting with “Konnichiwa” (hello), and thanking with “Arigatou” or “Arigatou gozaimasu”, to be very well received. 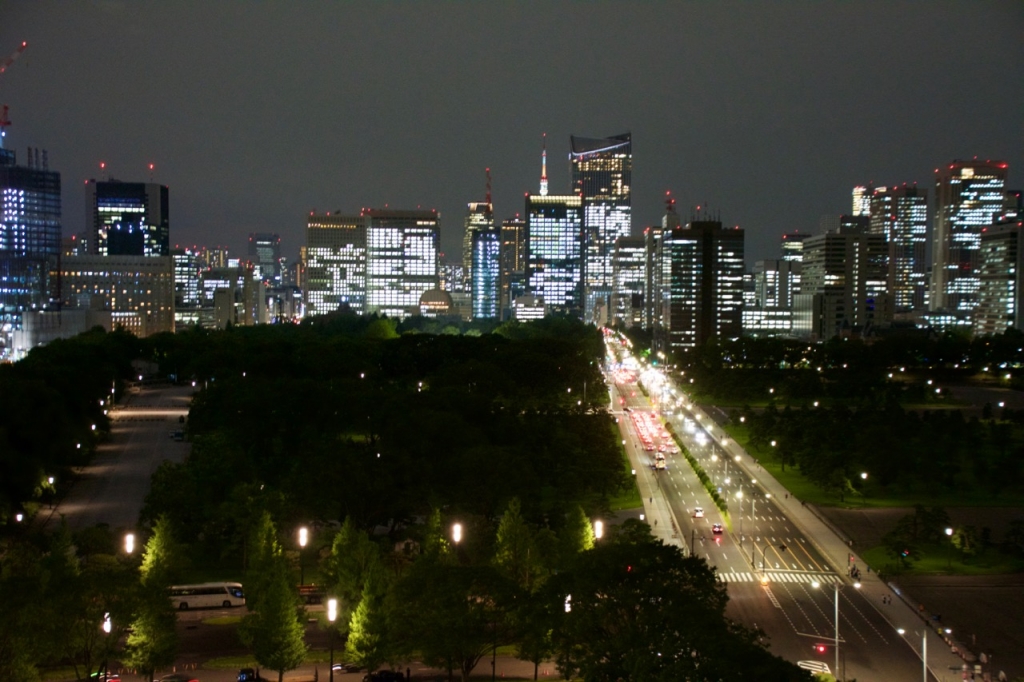 The Japanese are also a very proud people with a rich history. As a small example, you will frequently find both Japanese locals and tourist dressed in traditional kimonos. 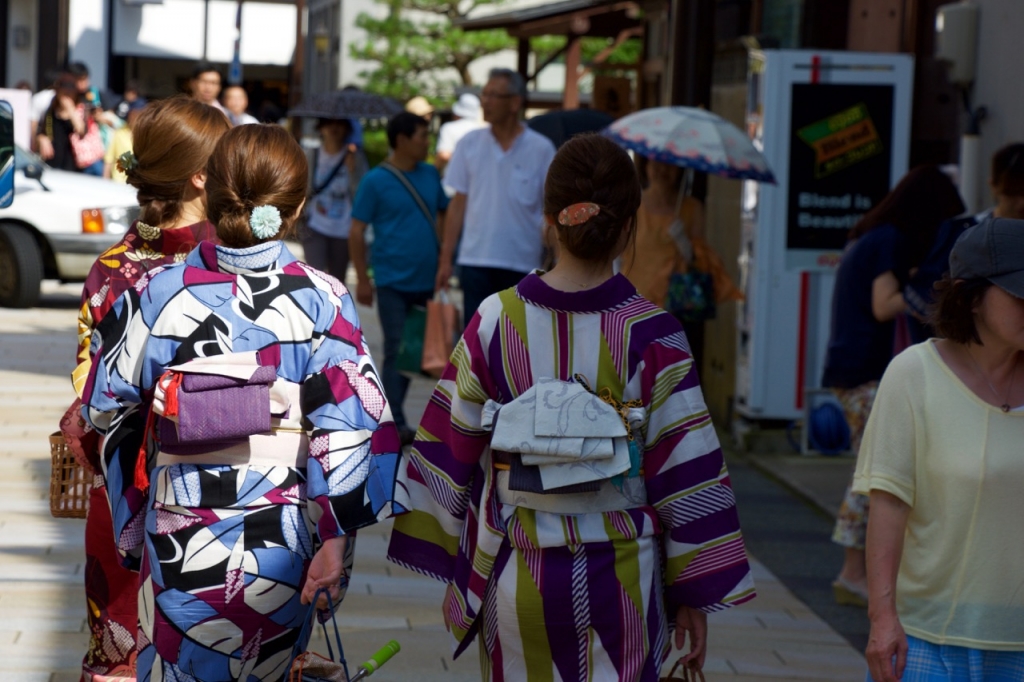 While walking around we also happened upon a lot of outdoor performances where traditional Japanese music was played, and locals young and old took part in traditional dances. 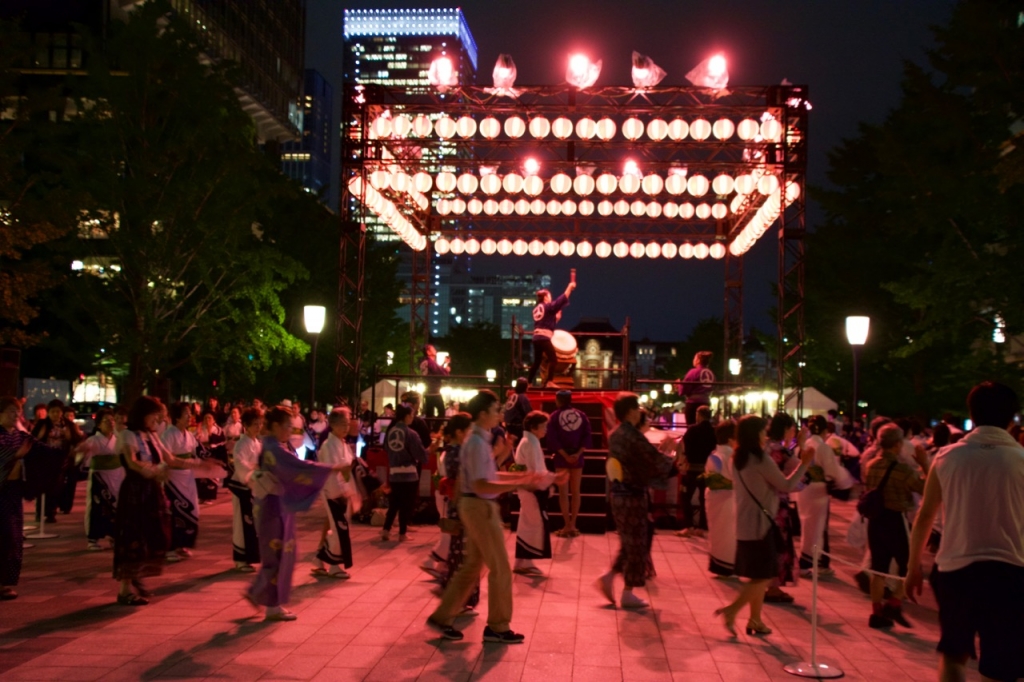 Grocery stores are a bit hard to find at times, especially in touristy areas, but they are well worth looking for as their prices are far less expensive than the outdoor and specialty markets with fruit and veggie stands. These peaches for example cost around 600 Yen (~ $6 USD) in the grocery stores, but about 1200 Yen in the outdoor food markets. And though still quite expensive, both peaches and grapes are in season right now (July) and taste amazing.

Buying 2-liter water bottles in grocery stores is another great way to save money. They cost around 90 Yen (under $1 USD). The small 500ml water bottles are more convenient to carry, but they cost almost as much.

We didn’t find a lot of ready-made vegan snacks in the groceries or convenience stores like 7/11 and Lawson. But the chocolates and chips below were vegan and are really tasty. Almost all bread and many of the packaged nuts are not vegan. We found the Google Translate App to be really helpful. You will need a phone with an internet connection, but the app lets you take a picture of the ingredients, and then highlight the text you want to translate. Sometimes it was a bit hit and miss, especially if the ingredients weren’t clearly shown, but most of the times it worked really well.

Below are a couple of the many beautiful attractions we visited in Kyoto. 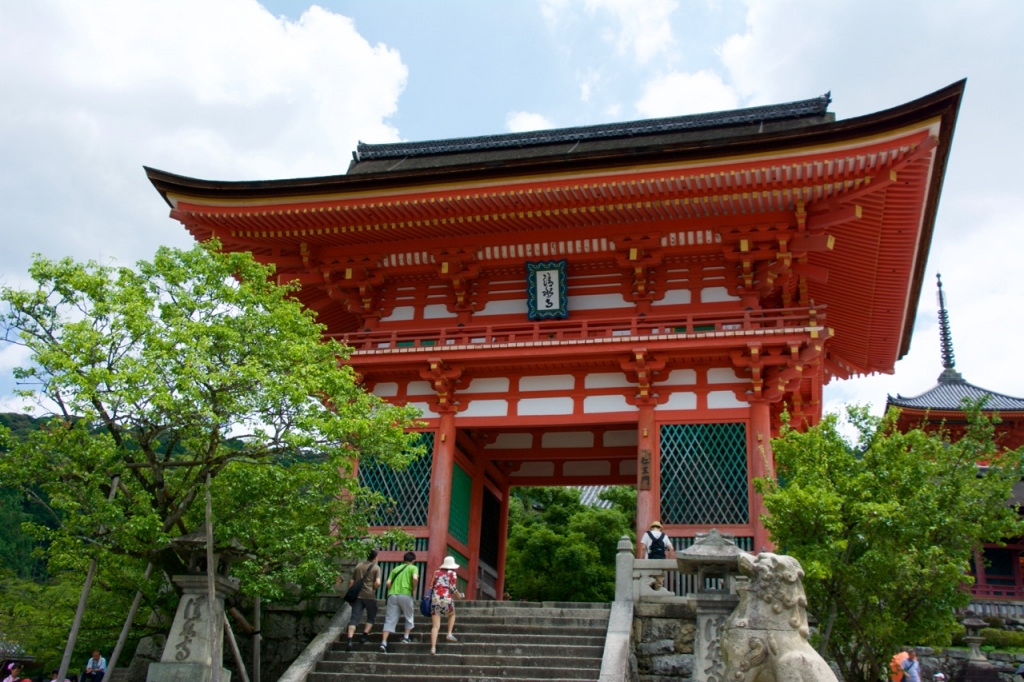 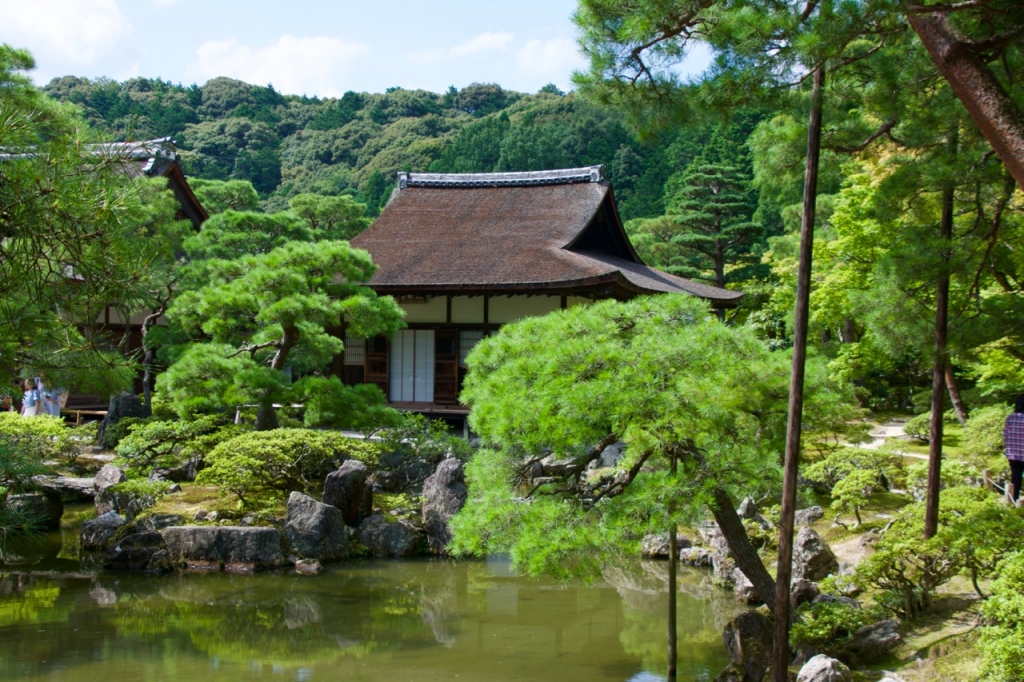