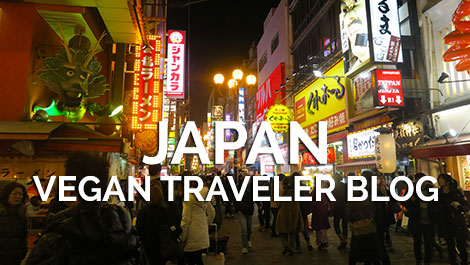 Hey, vegan travellers! It is once again time for a good old fashioned Ellie’s Roundup! Before I get started I just wanted to say that being vegan in Japan (at least in the big cities)  is just as easy as being vegan anywhere else if you can speak Japanese! If you can’t, like I cannot, then it does pose its challenges. With the help of google translate, the vegan passport, and some new Japanese friends, Ross and I managed not only to survive- but to thrive! 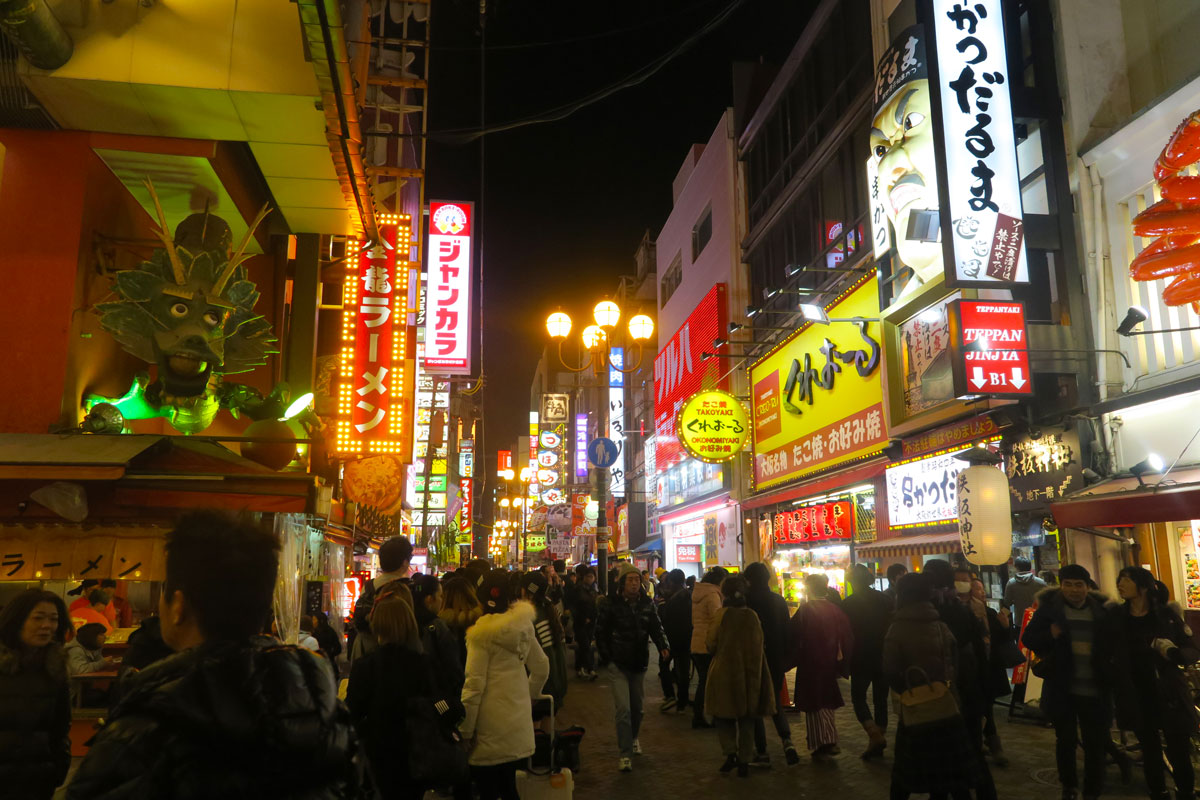 Markets:
This is where I would ordinarily feature a really big and bright picture of fruits and vegetables of all kind. That just was not our experience with markets in Japan. We found these massive shopping arcades, full of stores of all kinds, from drugstores to restaurants to gambling arcades to super markets to tea shops! These places definitely warrant a visit if you’re in any of the bigger cities in Japan. One could wander around them for hours and not run out of things to look at and things to do. As far as fresh fruit and veg goes, however, they were a little bit lacking. Most of the food carts/stalls were not selling vegetables, but fish. Definitely not an Ellie-approved feature. However, the places which were selling vegetables were, very fortunately, selling a lot of really interesting vegetables which I had never seen before. Even though the kinds of “markets” that I’ve become so accustomed to now are really difficult to find, the ones that do exist (often on the sides of roads and only found by accident) sell fruits and veg a heck of a lot cheaper than in the grocery store. This is doubly true if your main source of food is the ever-present convenience store, which it most likely will be sometimes. 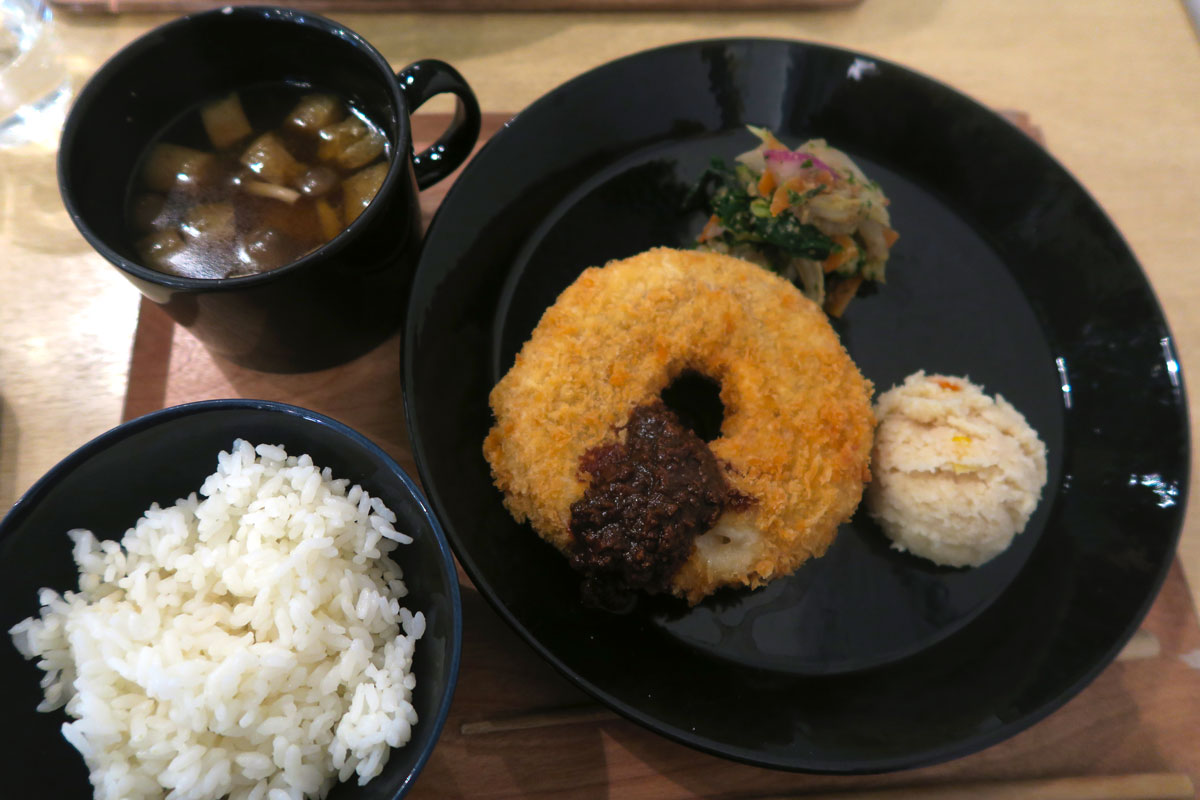 Dining Out:
Dining out was way, way easier than we were lead to believe by other vegans, vegetarians, and articles online. Sure, there was absolutely not a point in our visit to Japan when we were able to walk into any restaurant on the street and get order something confidently, knowing that it would be vegan and delicious. I really can’t say that I can do that in Maryland, either, though. With a little bit of googling and a lot of guidance from a blog written by fellow vegan travellers, we found loads of places to go eat. Some vegan, some veg, and some friendly. If you do plan on going out to eat at a restaurant that you do not know is vegan friendly or specifically catering to vegans, I would caution you. We were told, although we never experienced it, that in some places Japanese chefs will refuse to make things special for you by removing things or substituting things. It is not considered that you are trying to do this for strong ethical reasons, it is considered being picky. If you bite the bullet, get something non-vegan and pick out the non-vegan stuff or eat around it, you will also be considered picky and perhaps a bit childish. Because, if you didn’t like it, why did you order it? Again, this wasn’t at all our experience, but when we had a positive experience at an udon place in Osaka, our couchsurf host, who is Japanese, was absolutely astonished. We probably would not have had that experience had it not been for her, though. She spoke with the chef before we ordered, and specified exactly what we could and could not eat, as vegans. They went through the menu together, discussing what could be made vegan for us, and she translated and relayed the information back to us. It was really quite a nice thing for the both of them to do and I’m very grateful to have had such an amazing host and friend with us for our time in Osaka. She also helped us find an awesome Indian restaurant, wherein I had my first ever naan. It was vegan, it was delicious, and it was green! As silly as it may sound, Indian restaurants are a great vegan choice in Japan! 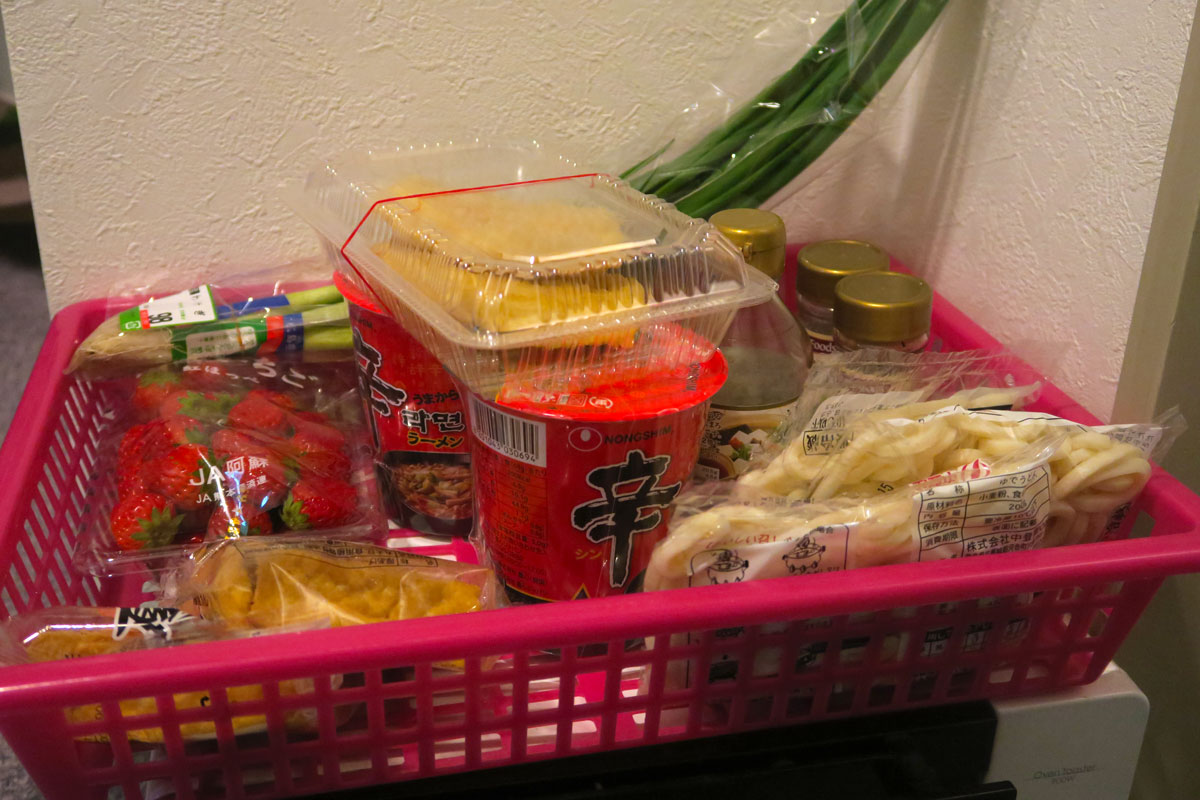 Cooking at home/hostel:
I have to be honest with you all. There was not a whole lot of cooking going down in Japan. We had very limited supplies most of the time since we were moving from place to place so rapidly, not enough kitchenware with which to cook, and sometimes just not enough knowledge about the things in grocery stores to make it work. The aforementioned amazing host in Osaka made us some vegan dashi (usually fish-based broth) when we were staying at her place and we were able to cook a little then. She made the broth from seaweed and shiitake mushrooms. When it had set in a container for a day or two, we popped it on the stove with some udon noodles (a safe vegan bet), and some bits of chopped up tofu. We served it with some spring onion and had ourselves a fantastic meal! This was definitely the closest to “cooking” that we got in Japan. However, when it came to eating at home, the old reliable rice n beans meal was still there for us. It did take on an entirely different meaning here, though. The rice was short-grain Japanese rice- sticky, sweet, and delicious. The beans were edamame and the seasoning was soy sauce, spring onion, and sometimes a little bit of seaweed. All of these things could be picked up at well stocked convenience stores, something that my partner-in-travel Ross discusses in more detail in his blog. If you plan on doing some cooking at home in Japan, definitely double/triple check that your accommodation has a full kitchen and everything that you need to cook in it. We got stuck somewhere without a microwave or even a functioning kettle at some point! 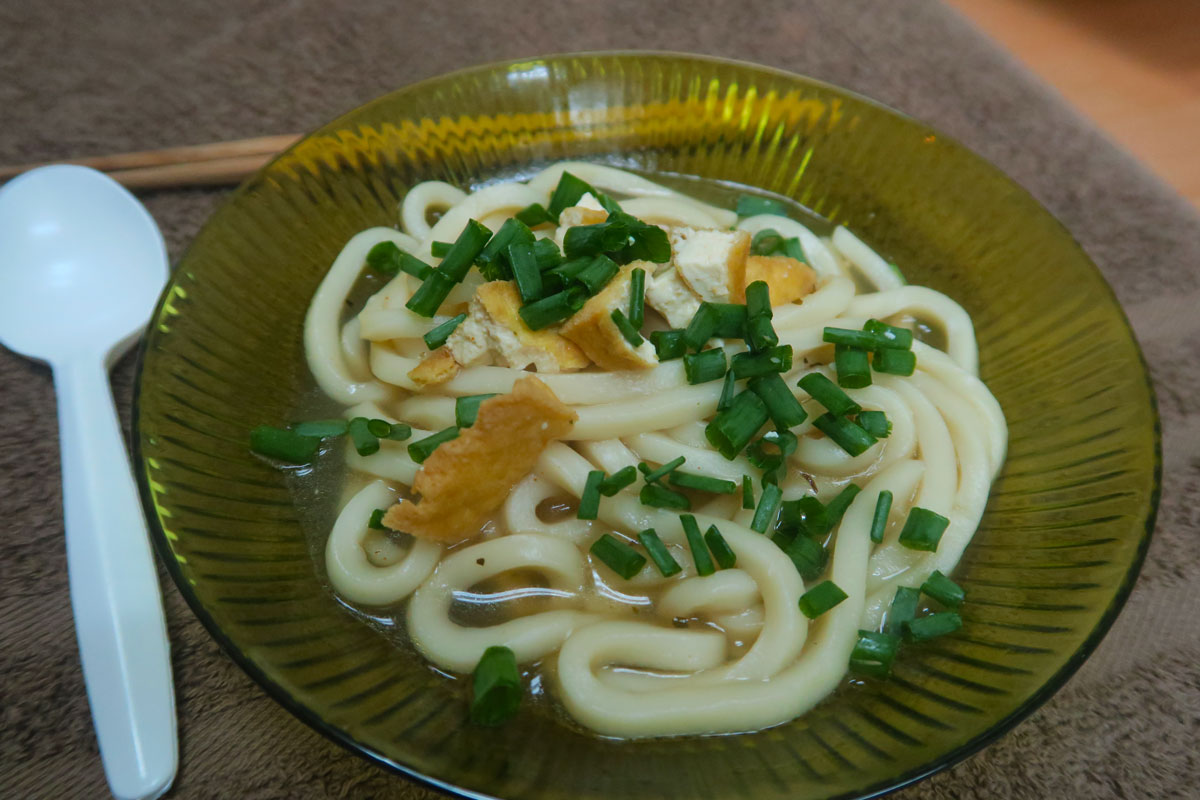 Summary:
Despite the challenges that I mentioned here, Japan was still pretty easy to be vegan in. We were able to go out to eat several times with no accidental meaty mix-ups, we navigated shopping fairly easily, and even got to eat some traditional Japanese food. I still wonder if we will ever find a place that we find challenging enough to warn against visiting as a vegan. I am definitely starting to doubt it.