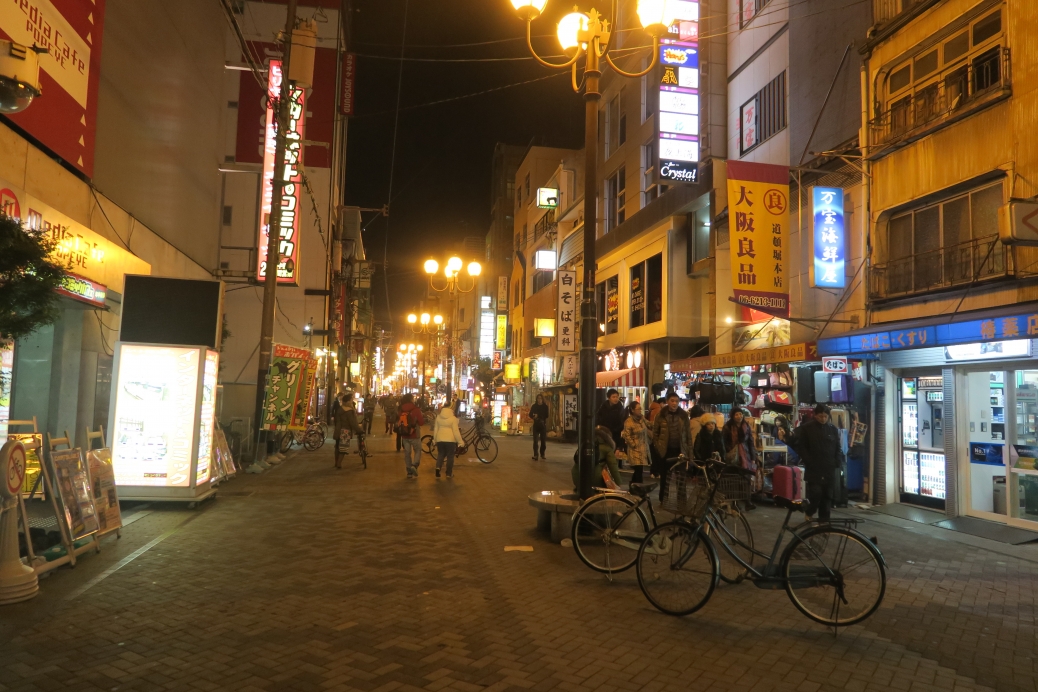 Konnichiwa! We are in Japan! We have done so much already and yet so little compared to what we have planned for these next two weeks! The day we arrived, exhausted from travelling for many hours and from getting no sleep on the plane (I never am very lucky with sleeping in transit) we had an experience which I believe has foretold just how difficult navigating our own way around Japan is going to be for us. 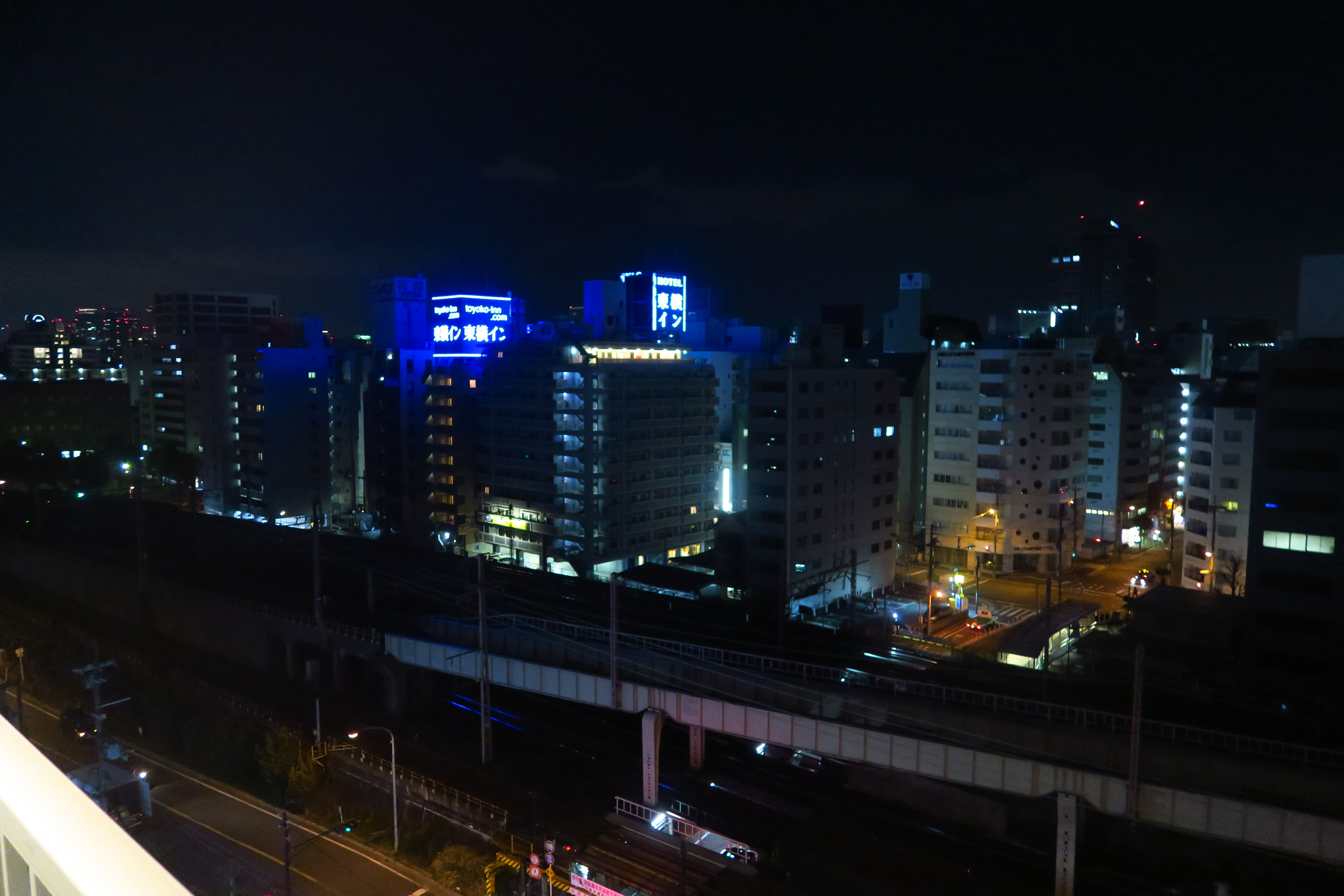 We managed to make it from the huge international airport to the train station just fine, if only because they were in the same unimaginably massive building. There we picked up our Japan Rail passes, an absolute essential if one plans on visiting more than one city during their visit to Japan. The rail passes seem quite a bit expensive at first glance, but when one considers that it costs only a few dollars more than a trip from Osaka to Tokyo, and it gives one unlimited trips for an entire week (or more, if you want), then it doesn’t seem like such a bad plan. Keep in mind that you must buy these passes BEFORE arriving in Japan, as they are strictly for tourist use. Anyway, after picking those up, we learned just how long a train ride from the airport to Shin-Osaka, where we would be staying that night, really can be. Staying awake on the train was incredibly difficult as common practice and custom here is to stay essentially completely quiet on train journeys. After an hour or so of the sleepiest trainride in all of history, complete with half-dreams of wild stories told by other passengers, which turned out to just be people speaking Japanese… we arrived in Shin-Osaka station! We immediately encountered a huge problem! As I looked over the map and directions that I took down to get us to the place we would be staying in for the night, I realised that the directions gave no street names whatsoever! All directions were given in terms of feet. What should have been, “Turn left onto x street,” was instead, “Cross the street, walk 250 feet, take the crosswalk, take the crosswalk, take the crosswalk.” 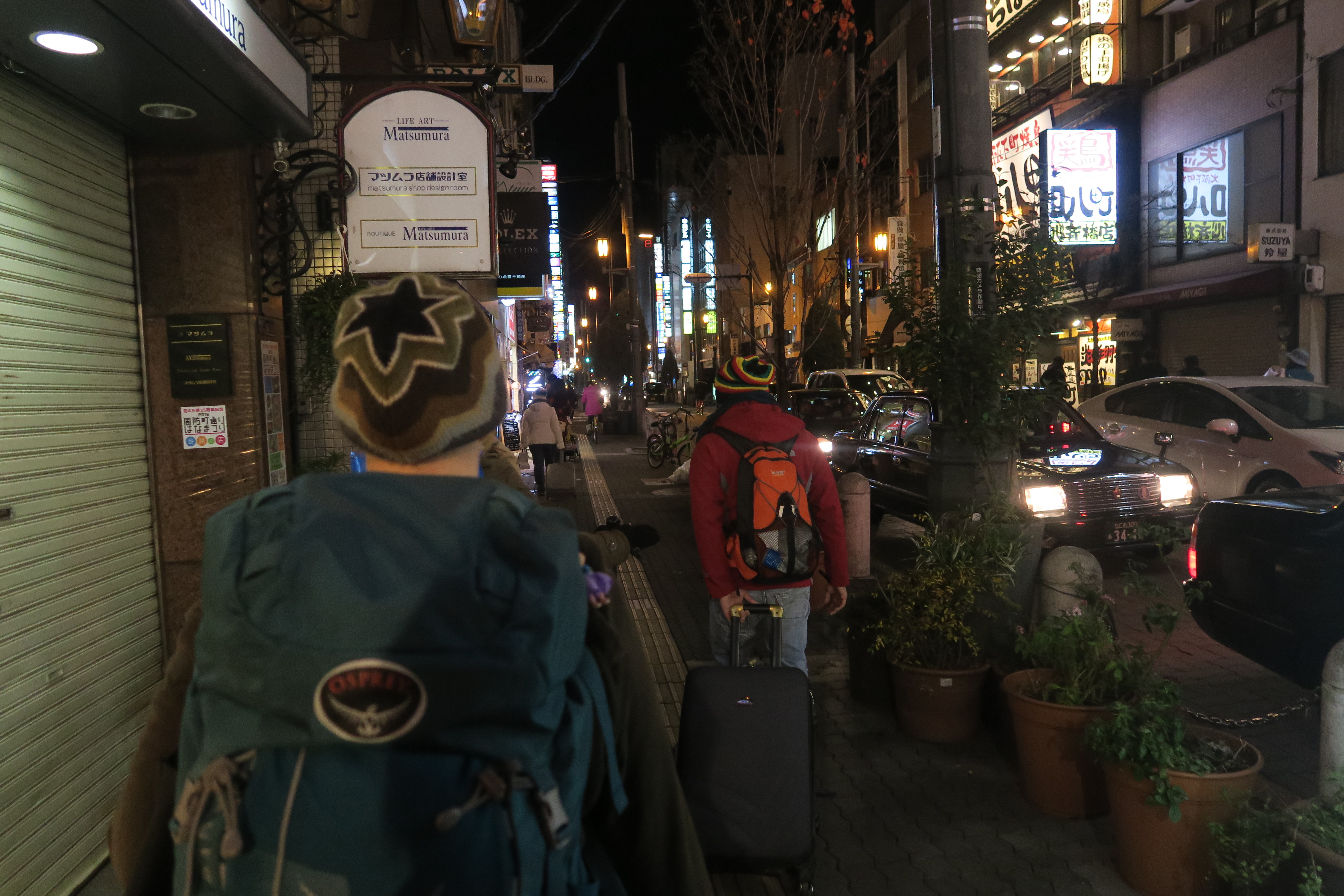 We wandered around, trying to follow these directions, knowing that we were only about a seven minute walk away but having no idea in which direction and feeling as though we would never arrive. Things brightened up a little bit when I remembered that almost all convenience stores in Japan’s major cities have free wifi. A few clicks of random buttons, untranslatable to my untrained American eyes, and I was connected! I tried to get better directions to our place- this time with Apple maps. Once again, to our extreme dismay, there were absolutely no street names. However, this time there was a little blue line, showing us where we needed to go. Surprisingly, the dot which represented us on the map continued to move along the trail even after we were away from the wifi. We followed this mana-crumb trail from heaven and finally got to our accommodation. Once settled in, we made ourselves a quick and cheap meal of white rice, soba noodles, inari, edamame beans, and soy sauce. It was incredibly filling, came from the very same store from which we got our heaven-sent directions, and fed the both of our hungry selves for under $10. Win, win, win! 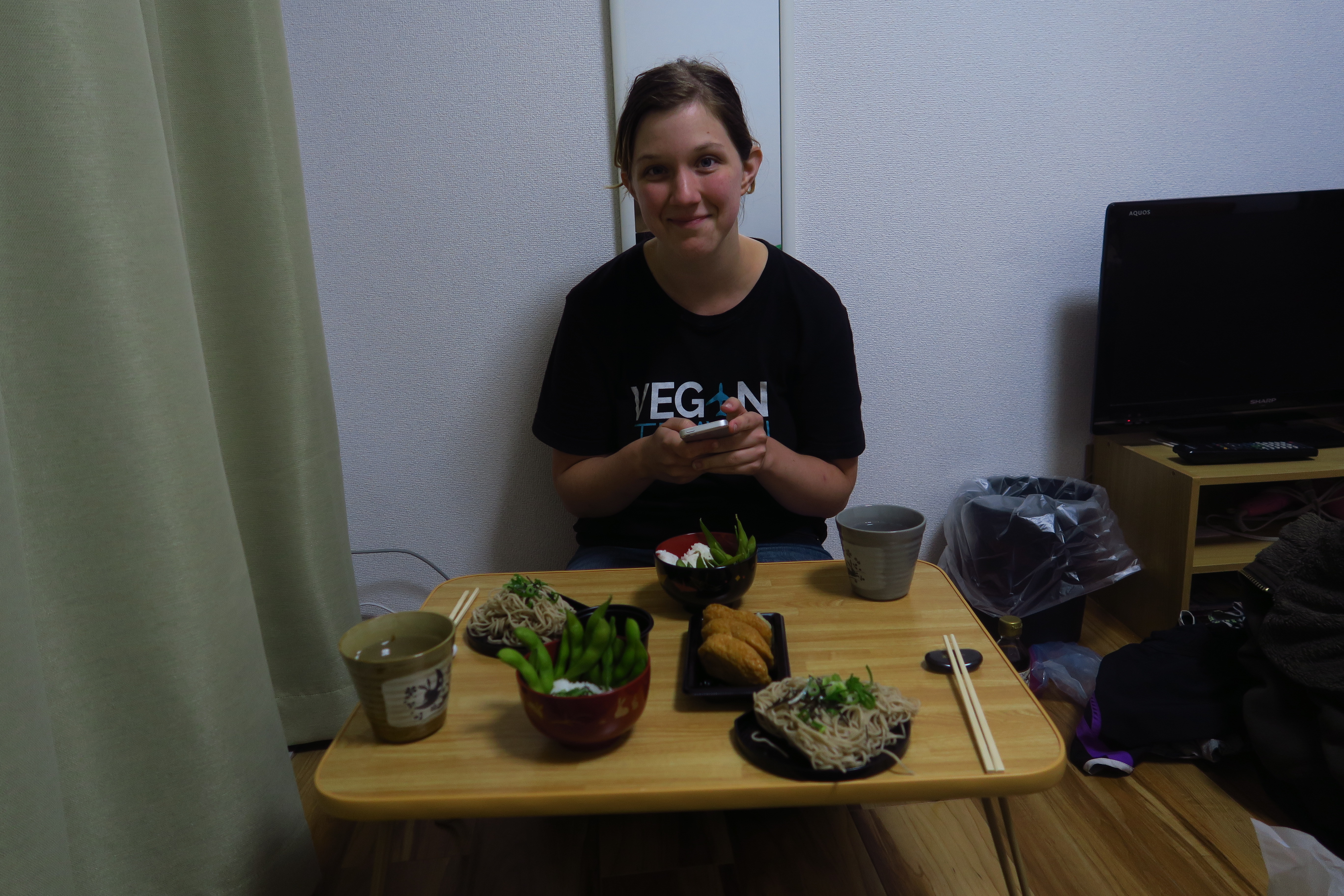 Satisfied with full bellies and still a little more than confused about the street names, we fell into a fantastic sleep which lasted much longer than it should have. Therefore, it wasn’t until much later the next day that we discovered the truth about the maps glitch! Well, I say discovered… We were told. We had been invited to a big holiday party by the person with whom we were couchsurfing. We were super excited to spend our second night in Japan as the only non-Japanese people in the room. It was time to put into practise all of the customs we learned in our research. It was time to struggle through conversations using my phone as a translator. It was… Actually not time for that. This Japanese party was much like any other party I had been to back at home- except, the food was Japanese. The people were, too, of course. They were all too happy to be speaking English with us, complimenting us on our perfect pronounciation of “watashi wa nihango ga hanasemasen,” or “I can’t speak Japanese.” Some guests were even delightfully surprised at us westerners ability to use chopsticks. It was amidst this fun and quite frankly very funny cultural exchange experience that the matter of the street names was brought up. upon expressing our confusion and relaying our tale of woe from before, we were met with a very matter-of-fact, “There aren’t street names here.” Followed immediately with the question of whether or not it was typical for places that we had been to have steet names. We explained that it was so typical, in fact, that we had never even considered that there would be a place we visited during our trip without them! Though it was a relief to know that my navigation apps weren’t all just completely broken, we still don’t have a solid solution to this problem. We keep giving ourselves loads of extra time to get places, and stopping at stores to get free wifi and picking up as many free maps as we can find. I do not know what we will do if we ever venture too far outside of the major cities while here. For that second night in Osaka, we were alright. We were guided through the city by our new friends and shown many of the beautiful things Osaka has to over. I hope we can remember the way! 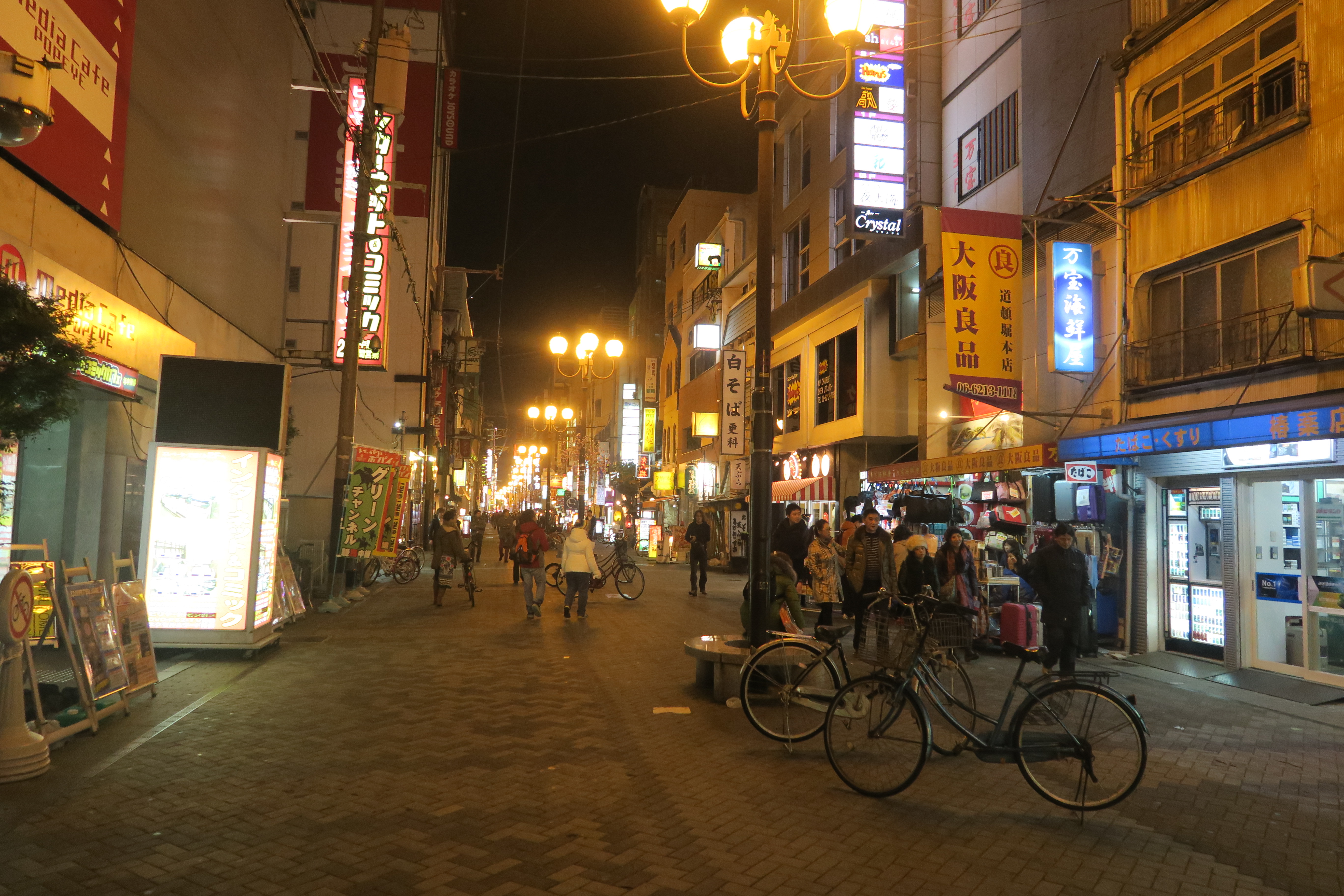 I would love to hear any suggestions you guys have on the matter of getting around! Whether you have been to Japan a thousand times and have this country down to a t, or have never even been here, I want to see your ideas in the comments! Thanks in advance!