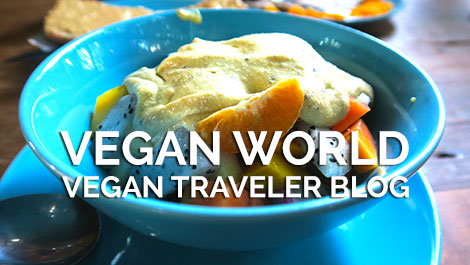 Brace yerselves! This is the last time I’m going to say this: It’s time once again for a vegan food round-up! But Ellie, you’ve covered basically every single place that you went in great detail… What is there to round up here? The world, my friend. THE WORLD.

Alright, so Ross and I did NOT visit every country in the world. However, we did visit (I am not counting the US for me) thirteen countries. That’s pretty significant, if you ask me- and like, who else are going to ask? This is my blog. Anyway! I’ve already given the gist of veganism in the places that we visited, but that was in the situation and while I was experiencing all of it. So now, I have taken some time off and some time to really think about it all- to think about the burgers, the chocolates, the veggies, and the vegans, and to think about the attitudes and restaurants and atmospheres and how they all compared to each other. So I’d like to revisit the best of the best places and the worst of the worst, in no particular order! Let’s go back to Island Time, first!

If you’ve been following my adventures from the very beginning, you may remember how excited I was in Jamaica. Jamaica was incredible. The people were friendly, the sun was hot, and the sky was clear. This was the first country I’d ever been to where my veganism wasn’t immediately dragged through a mud puddle of accusing, defensive, angry, and confused arguments. Most people completely understood what it was and why Ross and I lived that way. Sometimes, thanks to a similar diet called “ital,” we were offered fish after explaining our veganism. When we explained that we didn’t eat fish, it was immediately accepted and we were offered something more vegan suitable. Probably the coolest thing about veganism in Jamaica was the accessibility of clean, whole, fresh, local foods. I for one, am absolutely not a healthy vegan. I shovel in as much fried tofu, pizza, and ice cream as will into my face. However, I do recognize that there exists a healthier vegan. This vegan loves to eat pounds and pounds of fresh fruit and veg. Maybe they juice. Maybe they’re raw. They would be absolutely enchanted by Jamaica. One of the highlights of our eats there was from a completely raw vegan place. Check it out!

Another one of my favourite places for vegan stuff was Thailand. I think Thailand and Jamaica were really similar both in the attitudes of the people and in the accessibility of healthy food. Thailand was really cheap in addition to that, so Ross and I were able to treat ourselves to loads of fresh fruit and at least one raw coconut every day. Thailand had me feeling super super healthy, even though I got really sick at some point… But that’s neither here nor there! I was eating so much spicy food, drinking so much coconut water, and eating so much locally grown, fresh-from-the-back-garden food that my body was ready for the super hot days and even for the city smog. Again, veganism was treated with almost no negativity from Thai locals. We were at the very least treated like we weren’t special or different and at the most treated with a lot of respect for our lifestyle and our morals. Thailand was so good for vegan food and good vibes and beautiful people. 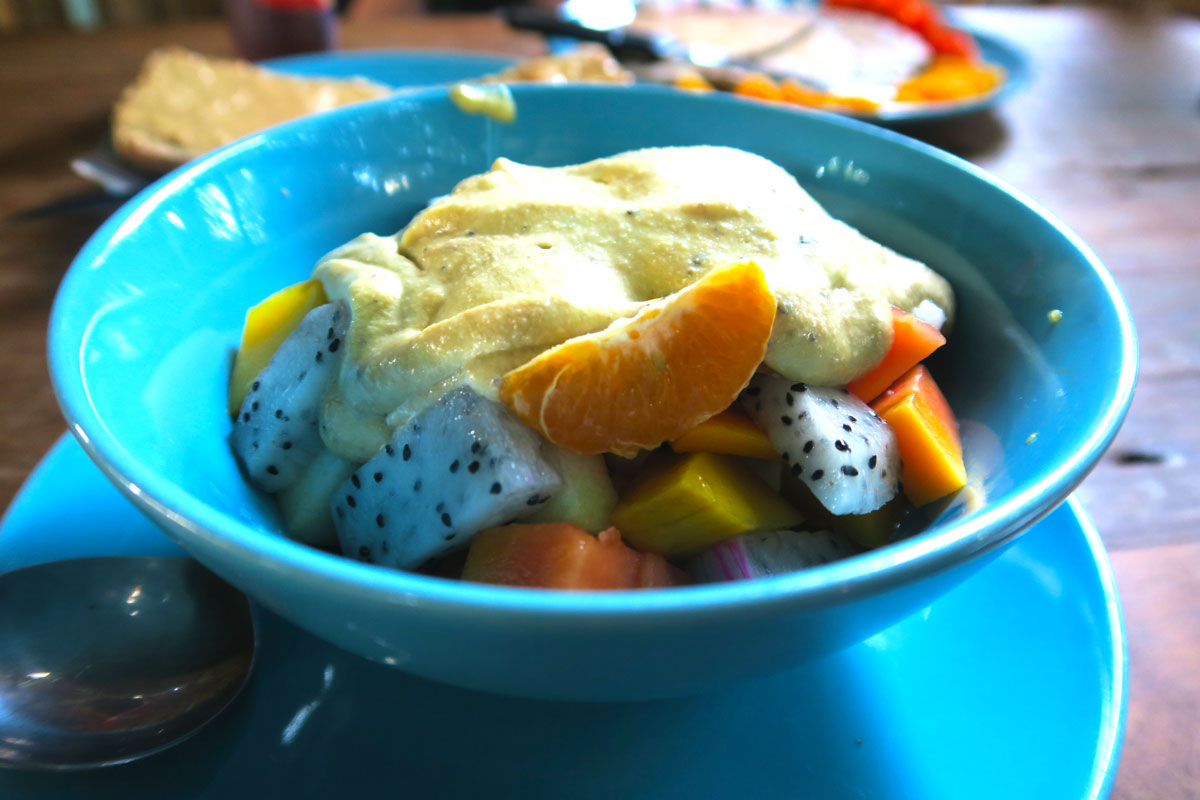 Jamaica and Thailand were super cool for all their healthy food, but I did start to miss buying super convenient and absolutely horrible for you vegan snacks at some point. Of course, Oreos are vegan in a lot of places, but you can get real sick of them real fast. Enter Austria! Our time spent in Vienna was horrible. Horribly delicious, that is! All of the healthy eating I did in Thailand and most of the weight I lost from the food poisoning, was undone by Vienna’s cheeses, ice creams, burgers, chips, chocolates, and hot dogs. It’s hard for me to really say much about the attitude surrounding veganism in Austria. 1.) Because we only really stayed in Vienna and 2.) Because we almost exclusively went to vegan places. When we did go to a non-vegan chocolate shop, the people running it were very familiar with their vegan options and kept them separate from all the other chocolates, alluding to the fact that they probably understand concerns about cross-contamination and mix-ups. It might be a stretch, but I think it shows a little respect for vegans! Either way, Vienna was super easy and super tasty and super fattening. I’m sure you can be a healthy vegan there, but as I mentioned previously, I am not a healthy vegan. 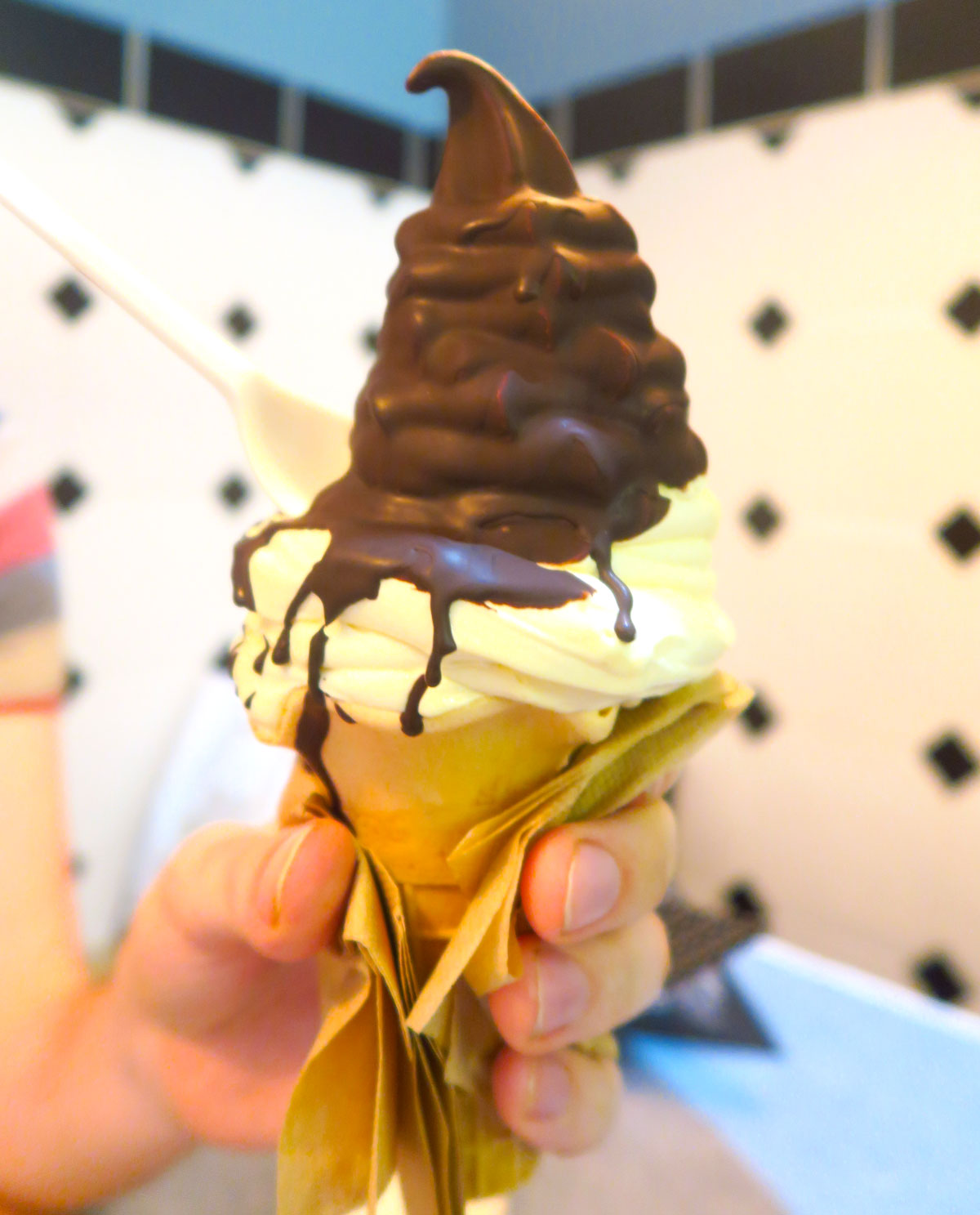 That’s about it for my favourite places for food! There were, of course, other places that I really enjoyed, but those three really took the vegan cakes! Now, I don’t want to spend a whole lot of time dwelling on the negatives here. I’ll try to be brief so you can all move on and plan your trips to what I felt were the best vegan places, because obviously I’m right and you will have a great time!

I know I said I had no particular order here, but I’m much more confident about the places that weren’t great for veganism. And so, SOUTH KOREA. I visited South Korea in the dead of winter, in the middle of one of the worst cold fronts ever. Like, it was snowing in Viet Nam. Yeah. Anyway, there was basically not a vegetable to be found. If one has the budget to go out for every meal, South Korea isn’t so bad for vegans. There are a lot of vegan, veggie, and vegan friendly restaurants, but they’re all a bit on the expensive side. Thus, we spent a lot of nights eating instant noodles. Ouch. In addition to that, veganism didn’t seem to really be very accepted there. It wasn’t outright rejected, just a bit laughed at. Another thing that wasn’t great was that the streets were pretty much constantly filled with dead non-human animals. This is really, really hard to see and hard to deal with so consistently. I don’t recommend visiting South Korea if you get pretty upset by seeing displays like that. I was sick to my stomach often.

The other place that wasn’t great for veganism was New Zealand. I was really surprised by this. I thought it was going to be vegan paradise! Not so much. It wasn’t super, super difficult by any means, but the country really thrives off of its animal agriculture and basically every other person you meet is a farmer. Vegans aren’t very highly praised, as such. There were options for us, though they were a bit difficult to find sometimes. In the three weeks we were there we visited only one all-vegan place, which we had to be driven to. Not ideal for a traveller.

Okay, there you go. The round-the-world-round-up. I ate a lot, I learned a lot, and I hope you learned a lot too. Like, if you’re a raw foodist that Jamaica and Thailand are the places for you! Thanks for travelling with me and sharing meals with me through this blog!

Until Next Time,
Ellie Lebo