Veganuary – Why You Should Give Veganism a Go

Home Veganuary – Why You Should Give Veganism a Go
Snapshots of Earth, January 5, 2018January 20, 2018, Vegan Travel Tips, Blogs by Sophie Watson, 0 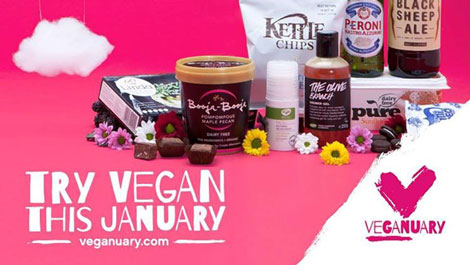 “But why did you go vegan?” is a question I probably get asked more than I care to remember. The slaughtering of animals and catastrophic effect the meat industry has on the environment is sometimes a bit much for meat eaters to hear and can come across slightly aggressive, so I usually respond with something like “oh cos Beyonce did it in 2013”. This isn’t entirely a lie; I’d wanted to try veganism for a few years but never actually gave it a go until one of my housemates suggested we try it in Jan ‘cos ‘yonce was doing it. Veganuary.

If you don’t know, Veganuary is a charity that inspires people to give veganism a go in January and throughout the year. If you sign up via their page, they’ll send you daily emails containing recipe ideas, meal plans and helpful tips to kick start the new you! It’s a great campaign and if you live in London you’ve probably seen their posters all over the underground throughout December.

I won’t lie, I struggled hard Jan 2014 trying to go vegan. I think I lasted something like 20 days before ordering a garlic naan with a take away curry. Oops. However, Jan 2016 we all tried again, more informed and willing to stick to it and all three of us are still happy and healthy vegans two years on. Success!

Having people around you that are either vegan, veggie or completely accepting of veganism makes it a lot easier at the beginning. Knowledge is key and thankfully as there are so many resources you can quickly become very educated in what you can and cannot eat. You will notice in Jan, lots of restaurants will really push their vegan menus to entice us herbivores. Side note: I’ve only ever been to a handful of restaurants where I cannot eat anything other than chips. Do not be the vegan that kicks off because they don’t have an explicit vegan menu. Politely ask the waiter/waitress what can be made vegan if nothing automatically stands out.

Another question I get asked a lot is “but what do you eat and how do you get your vitamins?” Bitch please. There are so many vegan substitutes nowadays it really isn’t that hard. A few of my fave substitute companies include Linda McCartney, Vegan Quorn and Fry’s. Tesco also do a bag of frozen vegan mince which is a goodun. Play around with the various products to see what you prefer!

I’m not a fan of taking vitamins, it feels slightly too ‘I’m funding pharmaceutical corporate bullshit’ for me, but I would recommend taking vitamin B12 supplements. This is the only thing you cannot get from a natural vegan diet. It is added to some products such as cereals, vegan butters and vegan yogurts but for ease of mind it’s easy enough to just take the vitamin tablet.

If anyone asks you the following question, take a long deep breath and quickly walk away: “how do you get enough protein?”.

I’ve rounded up some resources to get you started:

What the Health, Okja and Cowspiracy

January is the perfect time to give veganism a go – let me know if you’re going to be trying it in 2018!