Some Vegan Eats in Liverpool, England 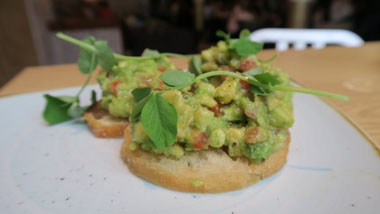 My time in Liverpool was short – maybe 24 hours max. I’d arrived during THIS road trip up from London, with my friend Alex. We went specifically to participate in the Rise & Shine Sober Rave Party—part of a movement of learning how to “party” on a natural high, with friends, and without judgement or the use of drugs or alcohol (more on the event below).

We arrived in the early evening and went right to a restaurant that came highly recommended by some of Alex’s friends. It’s not a vegetarian or vegan establishment but the few vegan options they carry are exceptionally good!

Everything was mind-blowingly fantastic and one of my favorite meals in all of England. Each side was better than the last, packed with flavor. It was evident the care and time that went into preparing these dishes. It’s also awesome to be pleasantly surprised when an otherwise non-vegan place goes above and beyond to create fantastic vegan options. 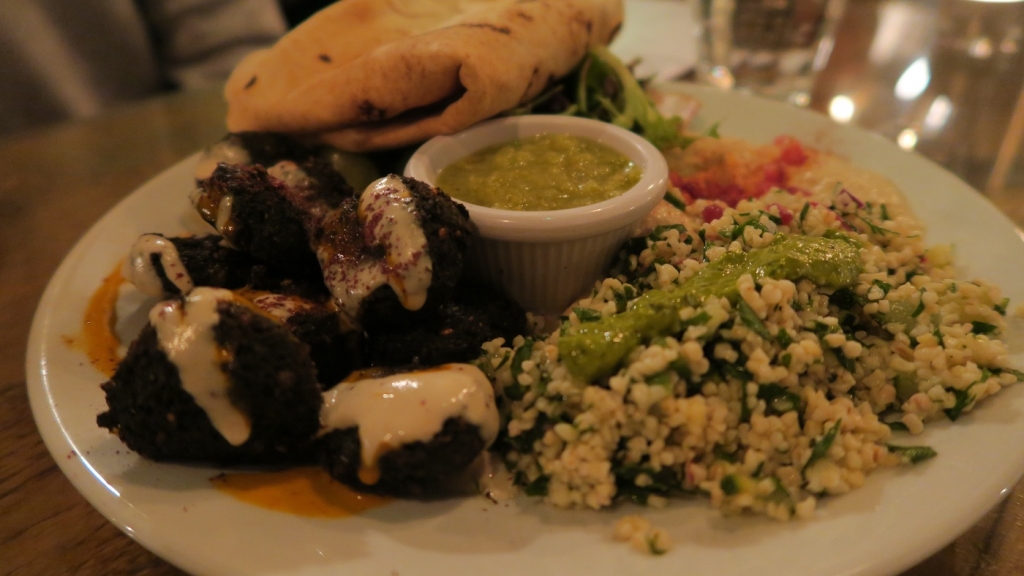 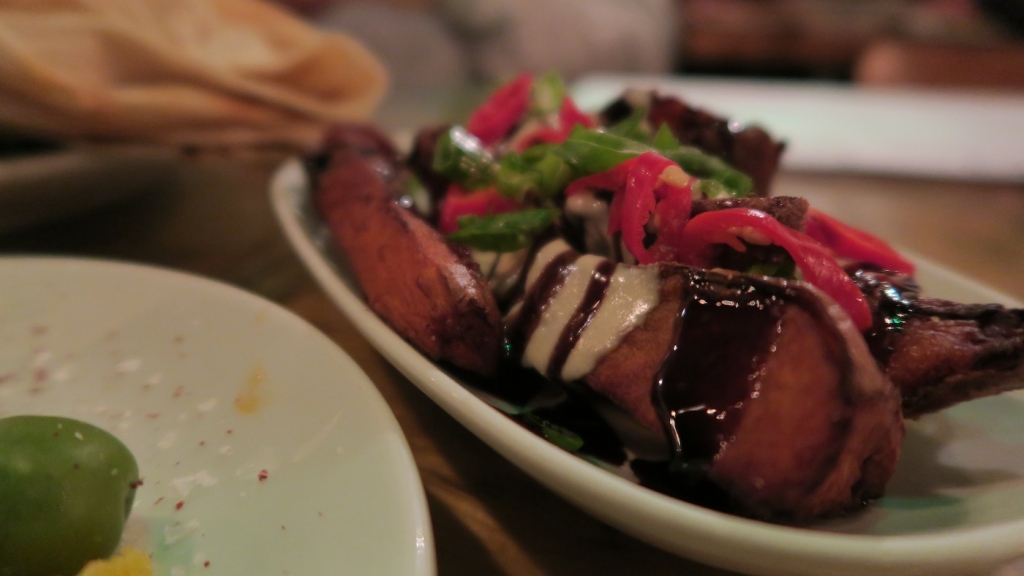 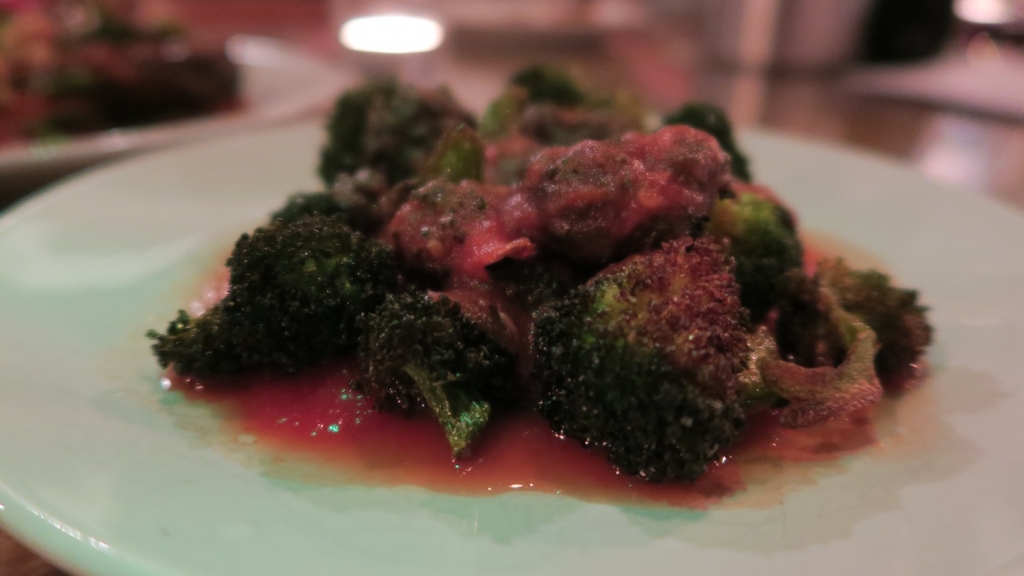 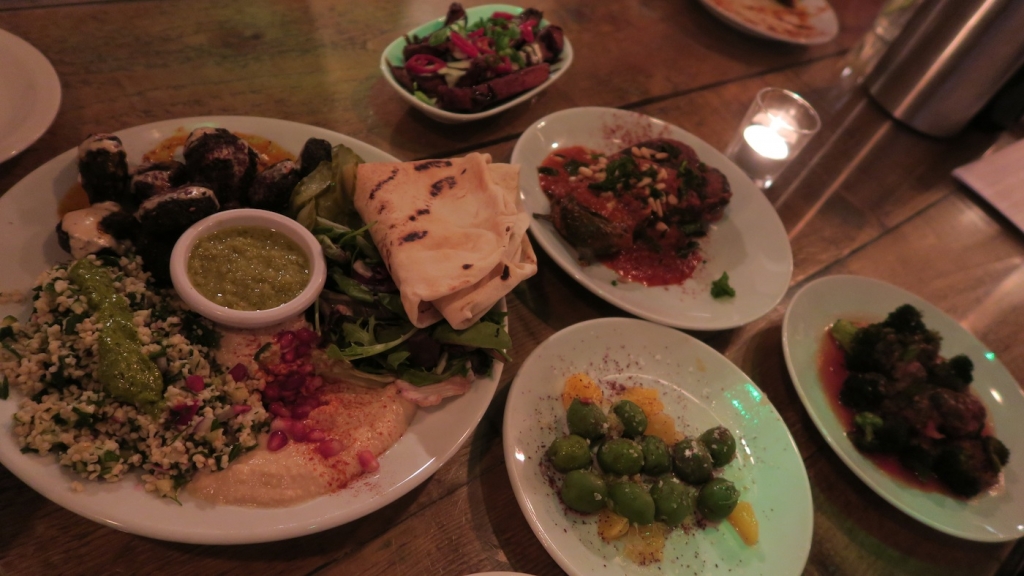 The Italian Club is a popular city-centered restaurant in Liverpool that seems to be a favorite among the locals. I liked the appetizer best (mixed olives and crispy baguette slices). The main spaghetti dish was just kind of mediocre but Alex said it was really good when he’d had it on a previous occasion. Perhaps we just caught them on an off day. But it’s cool because the restaurant has a clearly labeled vegan section of the menu, which is a rare treat at times.

We stopped for a late lunch after the sober rave! 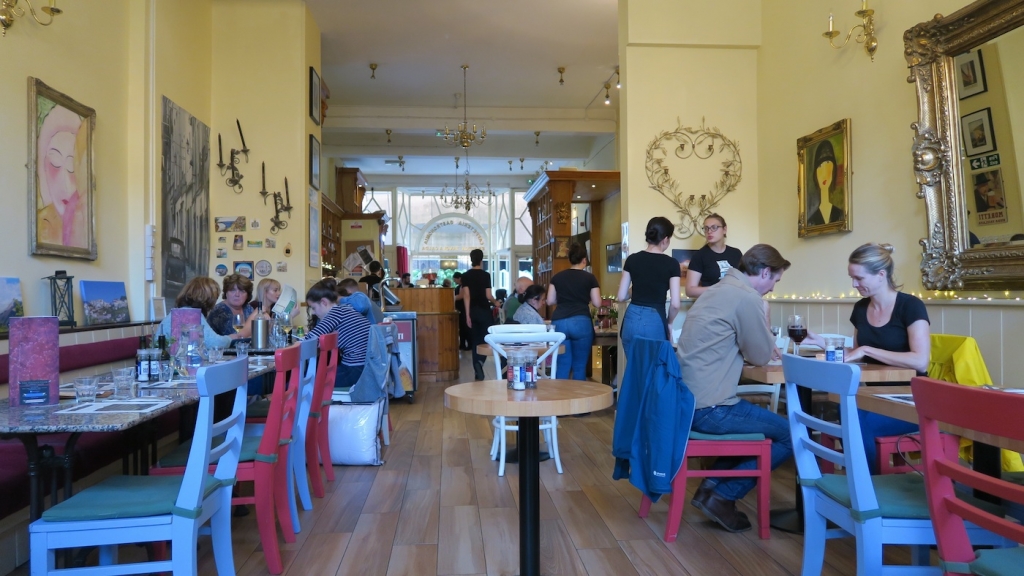 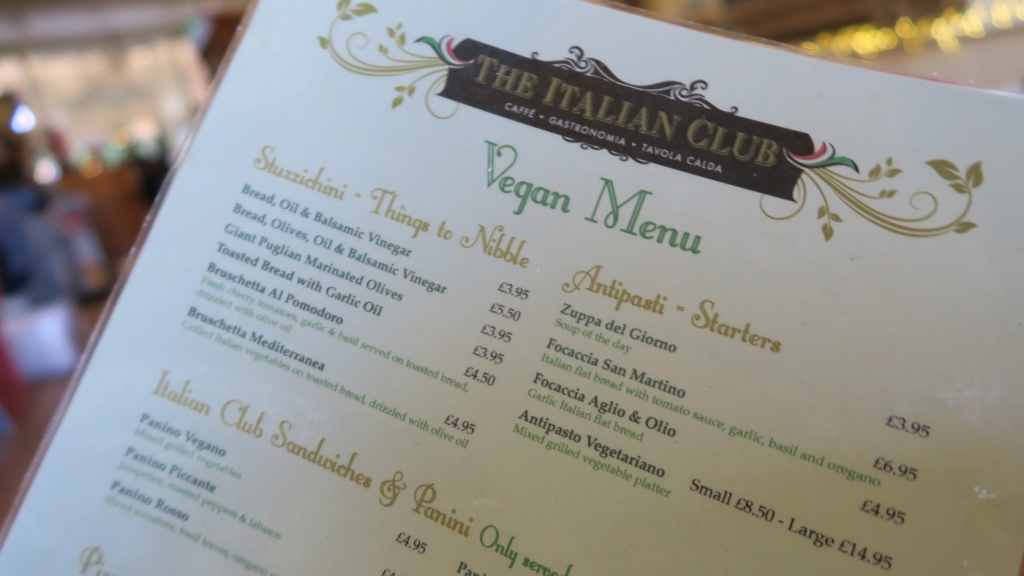 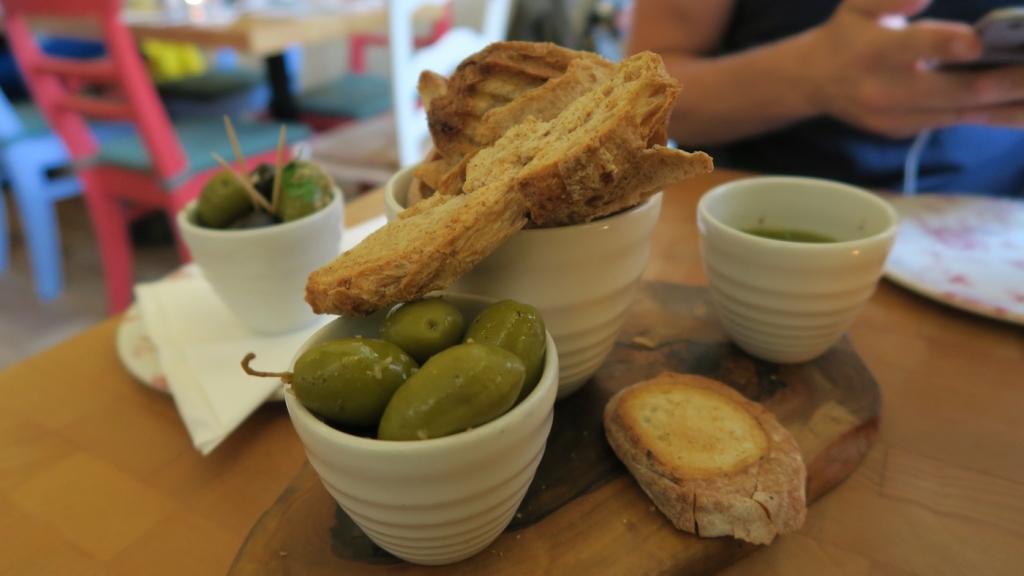 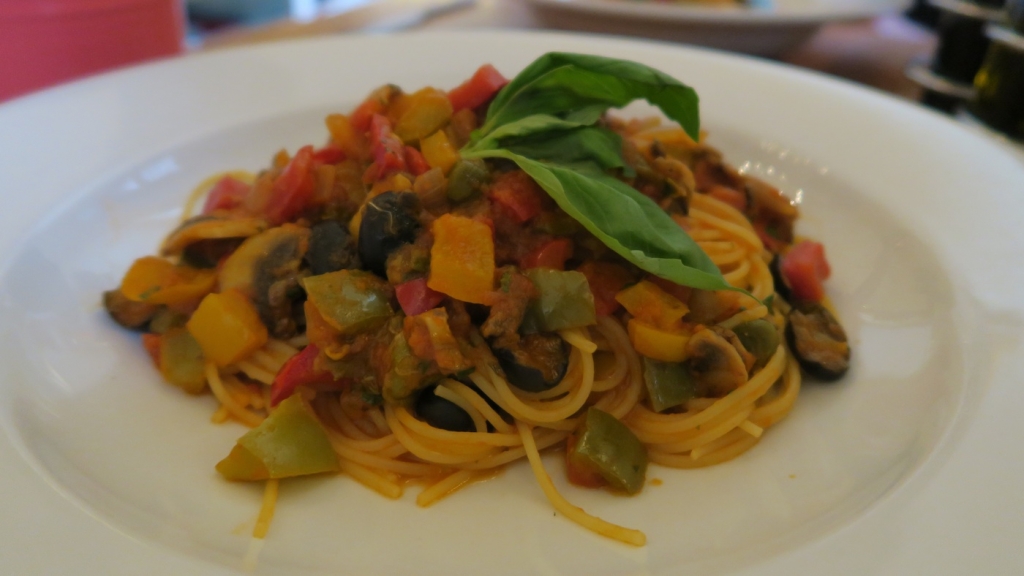 We only stopped by The Egg Cafe for something sweet after our late lunch/early dinner at The Italian Club. But their menu looked pretty awesome in terms of their vegan options. I wish I’d had a chance to try more of their yums! But what I did try was fantastic.

Alex and I shared a chocolate dipped crispy bar thing that was so incredibly delicious – just sweet enough but with the crunchy texture mixed in it was the ultimate chewy snacky dessert. We also had a piece of vanilla cake with vanilla coconut-based ice cream (not pictured) that when combined into one bite… oh my heavens! 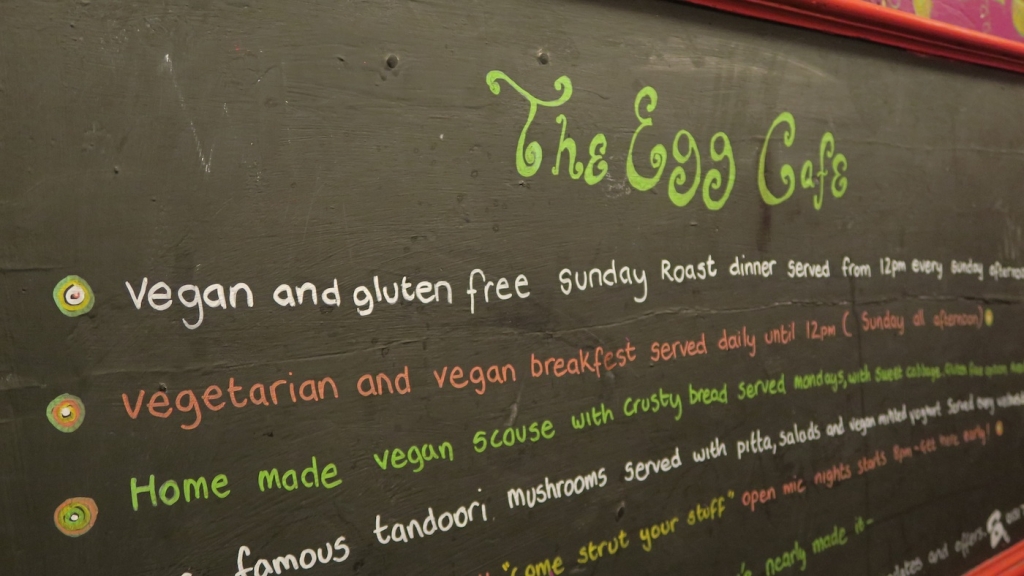 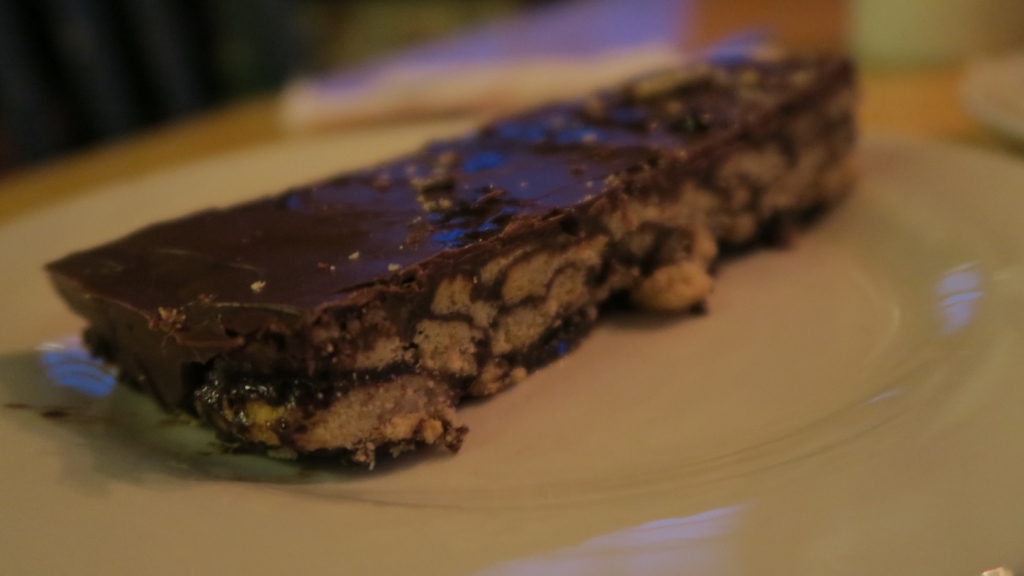 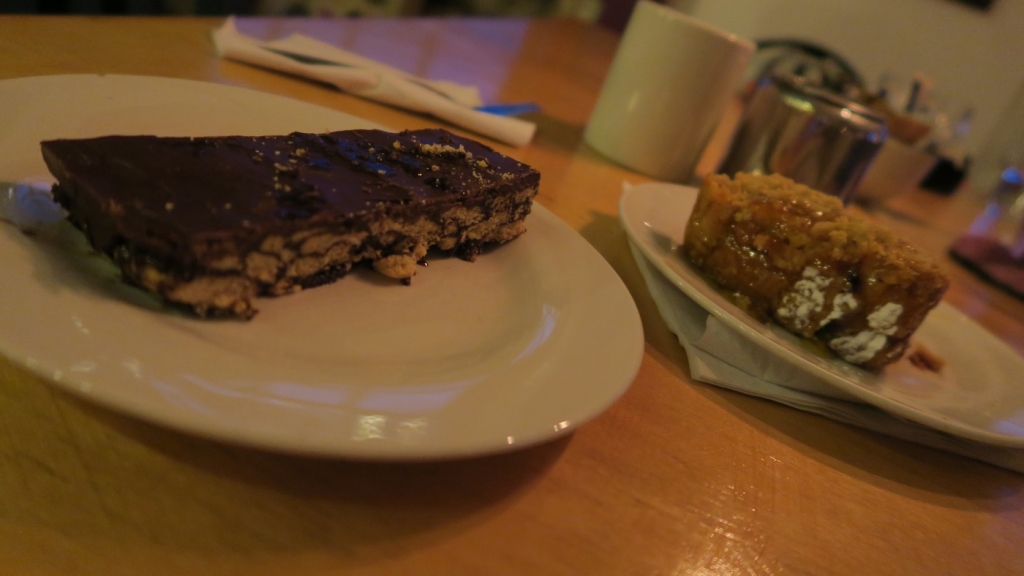 This was like no other event I’ve been to before! At the time Alex was one of the organizing members of the group that hosts this new event. For a couple of months this past fall, on every Saturday, they hosted a mid-morning rave party featuring vegan foods, healthful acai smoothie bowls, shots of cacao and ginger/lemon juice, musical entertainment, and dancing with some meditation and mantra love mixed in.

The idea is to enjoy the company of others, let loose and dance without feeling judged, and indulge in vibrant healthy foods- demonstrating that you can “rave” and “party” and have a great time without the need for drugs or alcohol.

Learn more about future events on the Rainbow City website. 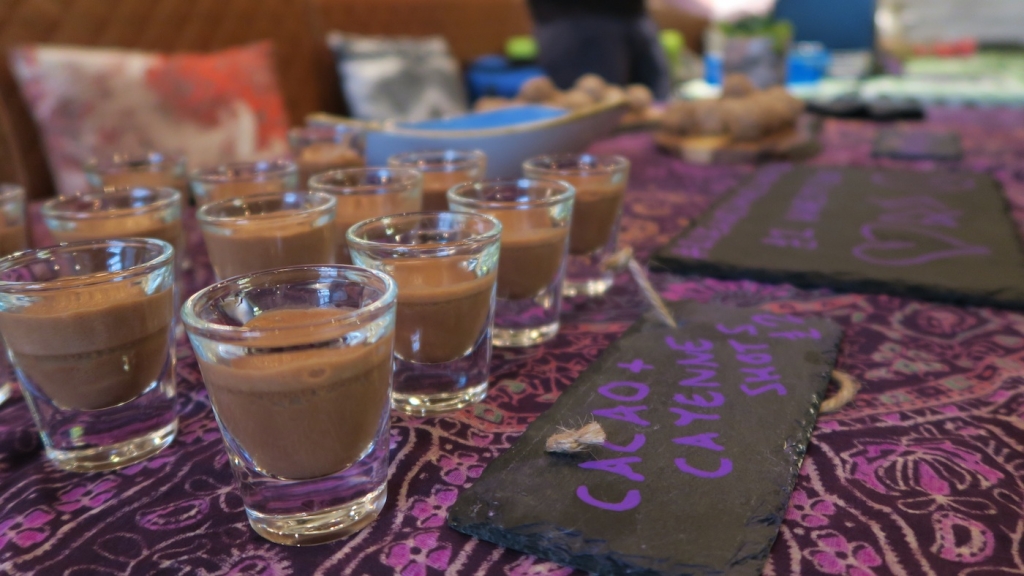 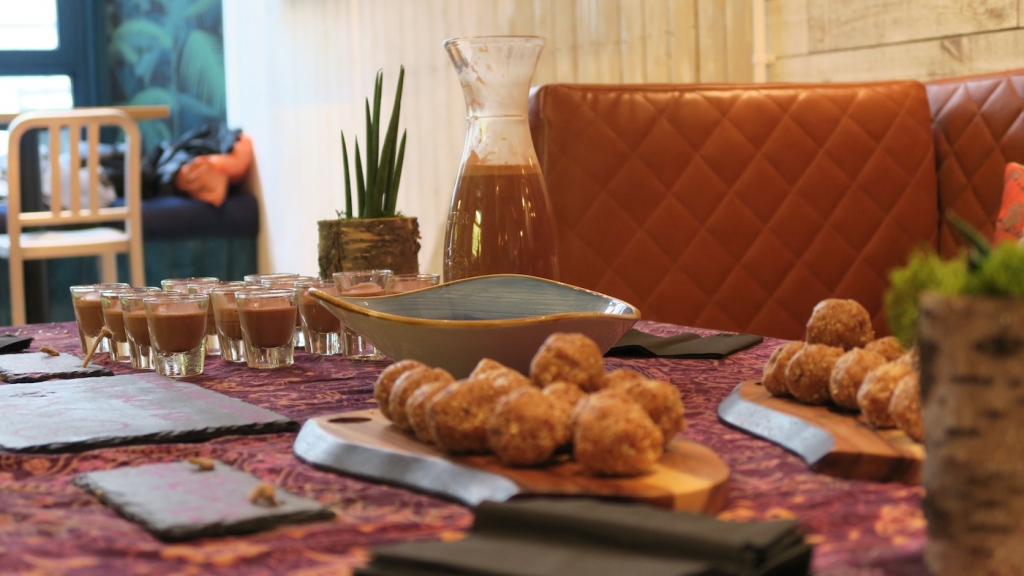 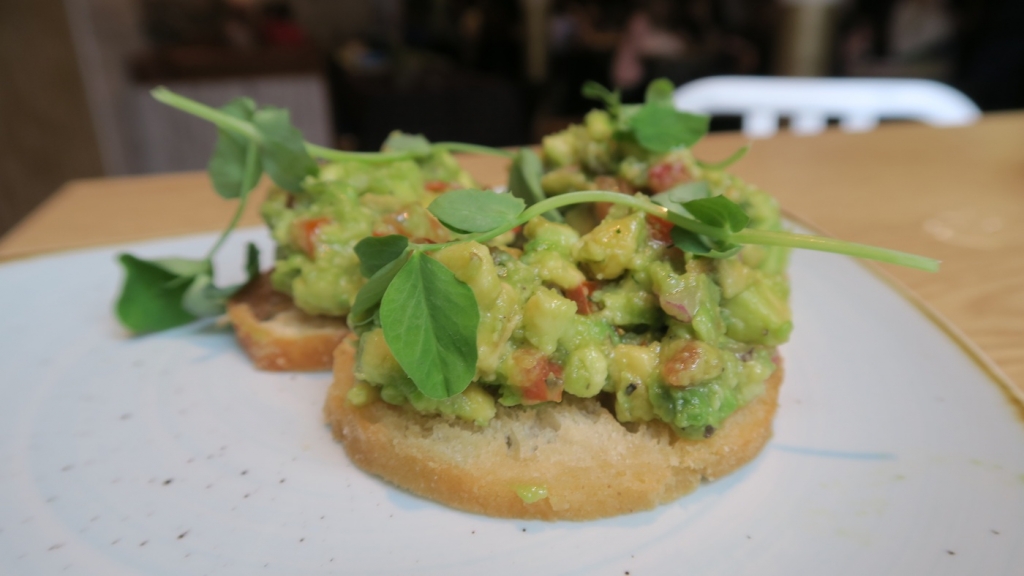 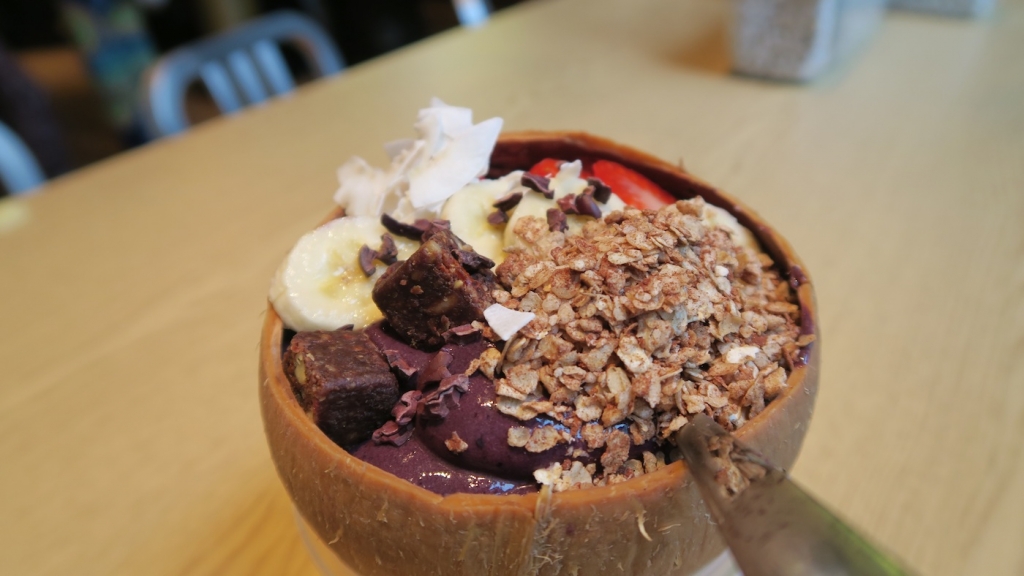