First Impressions of living in Australia 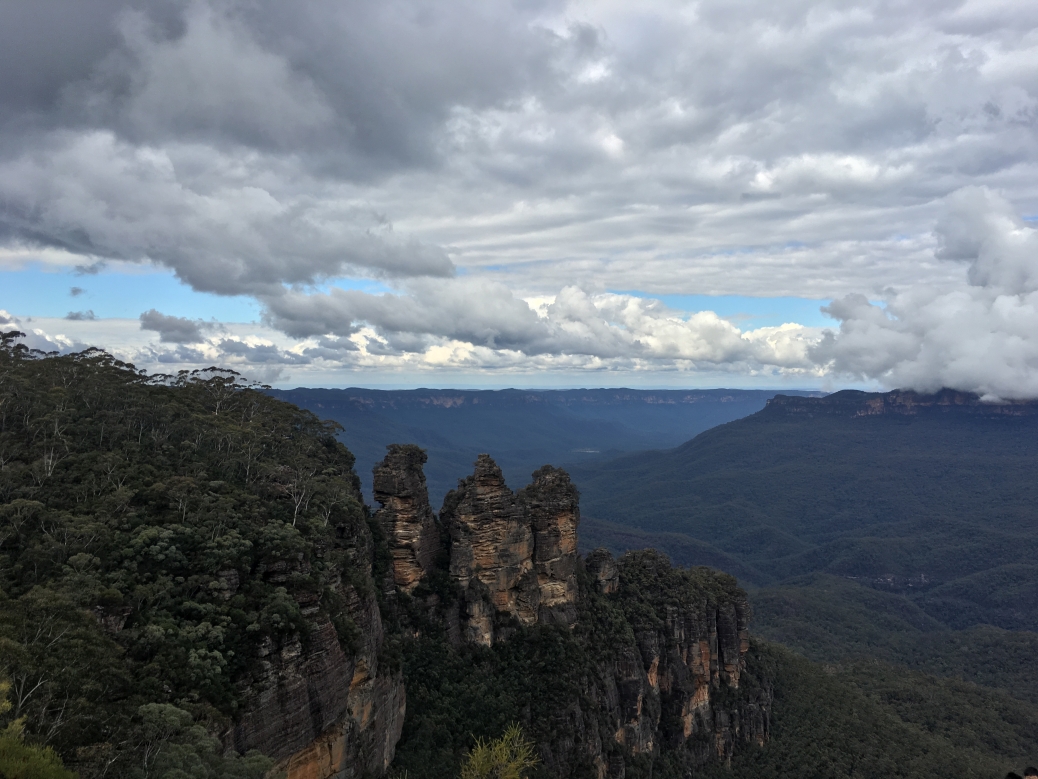 So through a change in circumstance it turns out my holiday has turned into a temporary relocation to Sydney, Australia! After a bit of panic and a whole lot of emails, I got my work visa the day before I was to fly to the land down under.  I spent the first few days as a tourist and spent some time in New Zealand before coming back to get to work.  More on those adventures later 😉  First, I thought I’d share some of my initial impressions on what it’s like to live here. 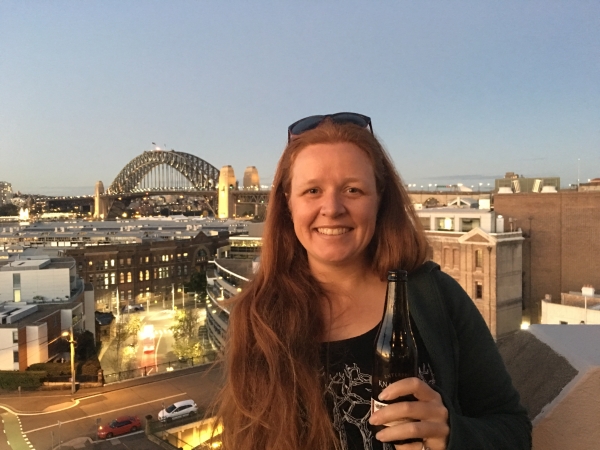 after work drinks with a nice view 🙂

Well, really, it’s not.  Sydney is one of the cities with the highest costs of living.  I am constantly surprised by the cost of almost anything.  In AUD, I’d say things are about 25% more expensive than they are in Canada.  This wasn’t as much of a problem when the exchange rate was in CAD favour; now they’re basically on par.  Accommodations also seem to be on the high side, some of this due to the size of the city.  You can find cheaper locations, but they are further and further from the city centre.  Luckily work is covering that this time!

The biggest shock has been the price of food, especially vegan substitutes.  I have had a bit of luck finding some cheaper options, but generally they are 2-3 times the price in North America.  Even small blocks of tofu are about $3! 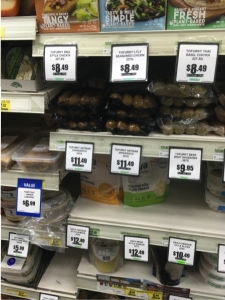 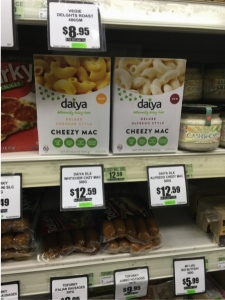 The public transportation system in Sydney has been fantastic!  It’s a large city, so it can take quite a bit of time to get to your destination, but so far I haven’t had any problems.  There is a train that goes directly to the airport, so there is easy access to both terminals.  There’s a combination of trains, buses, and ferries to get around the city.  They have the Opal Card, used to tap on/off of transportation.  The great thing is that after 8 trips, the rest of the week is free!  So after commuting to work Mon-Thur, Friday to Sunday is free! I’ve been taking the intercity trains on the weekends, usually $10-$12, for free as well.  And if you don’t travel that much, all travel on Sunday is only $2.50 for the day.  I have heard this is all changing next month though.

I’ve had 2 weekends in town, and been filling them with as much stuff as possible!  I’ve been out hiking in the Blue Mountains, wine tasting in the Hunter Valley, and generally exploring Sydney.  I have had so many suggestions of things to do that I’m not sure I’ll be able to do them all before I head home in September!  I haven’t been eating out all that much, but might go for Dim Sum/Yum Cha today. 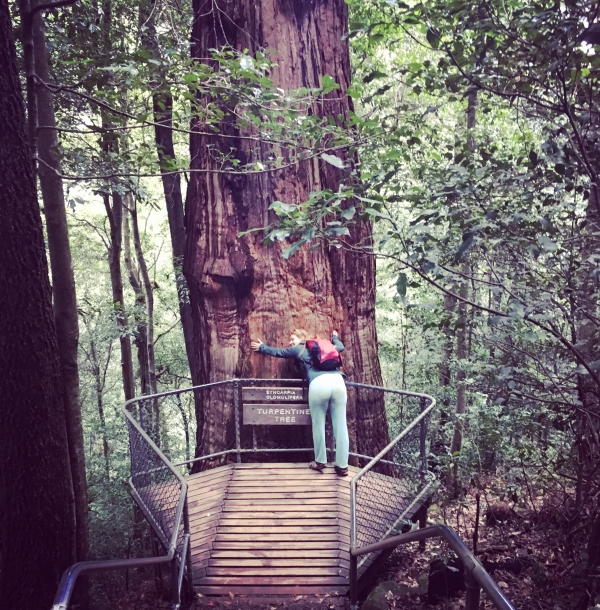 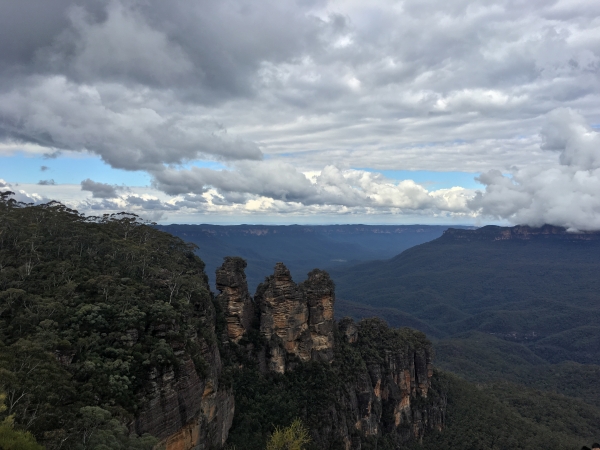 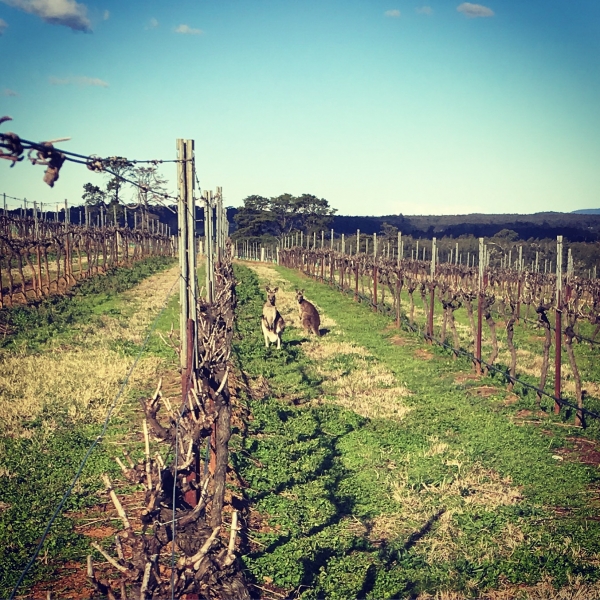 Kangaroos in the Vineyard!

One of the happy surprises is just how much veg awareness there is in Australia.  I have yet to have one person look confused when I ask about vegan options, or soy or almond milk.  Most coffee shops have both!  Some of them charge for it, some not.  I’ve also heard there are some great vegan meetups here, I just haven’t had the chance to check in with them yet.  And almost everywhere will have something vegan on their menu, even a small cafe in the middle of nowhere!  Avocado on toast is quite popular here 🙂

Bottom line is that I’m enjoying myself and getting a pretty good sense of the city.  I will hopefully be able to get in touch with some of the veg groups and events here over the next few weeks 🙂  If anyone has any suggestions, or know where to get cheap food, let me know!  I’ll try to work them in 😉