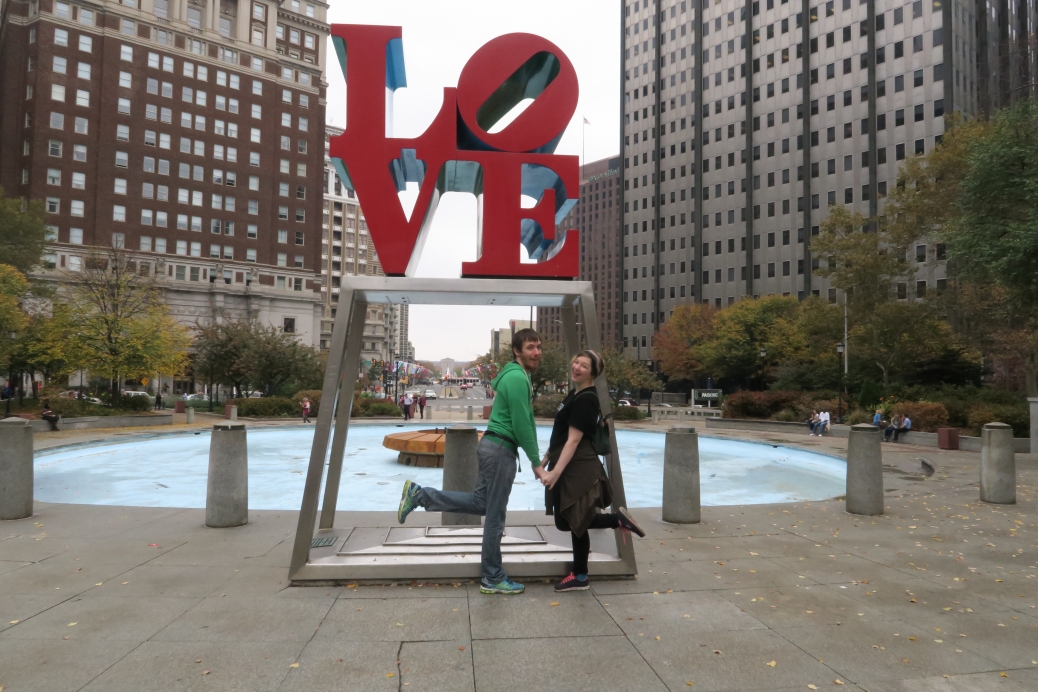 It is no secret, at this point, that I really really like pizza. I would even say that I love pizza. I am committed to pizza. Pizza and I have a special bond, which I thought would be interrupted by veganism but absolutely was not. I gave a little sneak peek in my New York blog post , saying that there would be a Philly pizza praised soon. And here is that pizza. 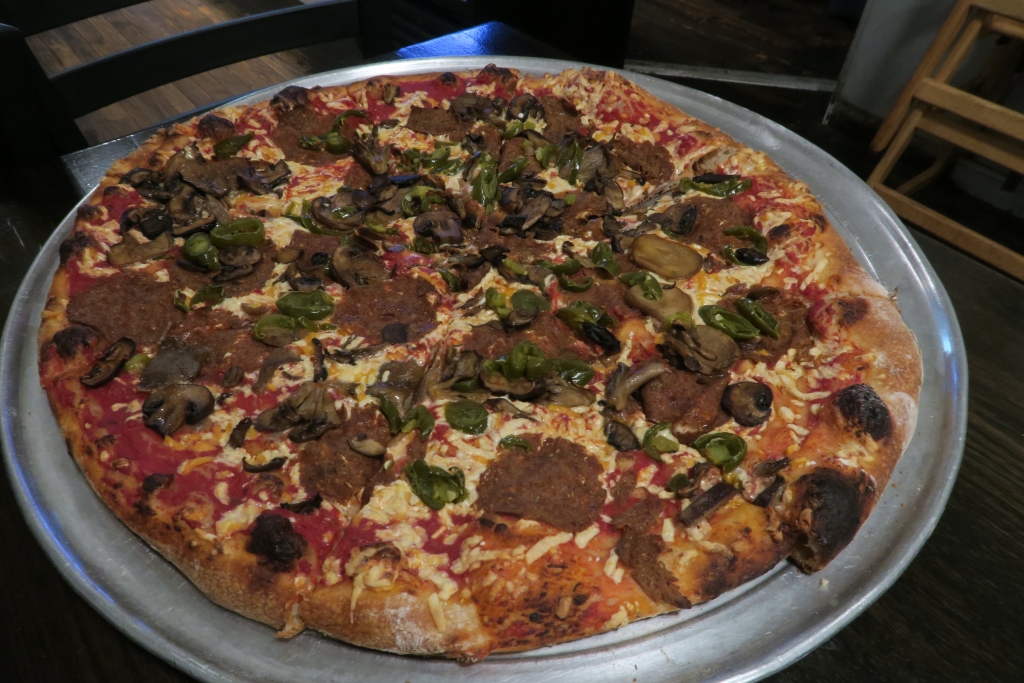 Yes, you’re seeing that right. Those are vegan pepperoni discs. And yes, they were every bit as delicious as one would imagine them being. I really enjoyed this pizza. Immensely. I think what made it even better than the pizza in NYC was the place in which it was served. We got this pizza, a Philly cheesesteak, and some extremely spicy hot wings at Blackbird, an all-vegan pizzeria off South Street in Philly. They also had some really amazing sodas, including a really impressive and delicious blueberry soda, which I was all about.
The day after this amazing meal, we headed off to center city to do some of the fun touristy things that are available. We went to a huge market to buy some freshly squeezed strawberry lemonade. We then stopped by Love Park for a cutesy photo, seen here. (For those who don’t know, Philadelphia is Greek for ‘Brotherly Love’) 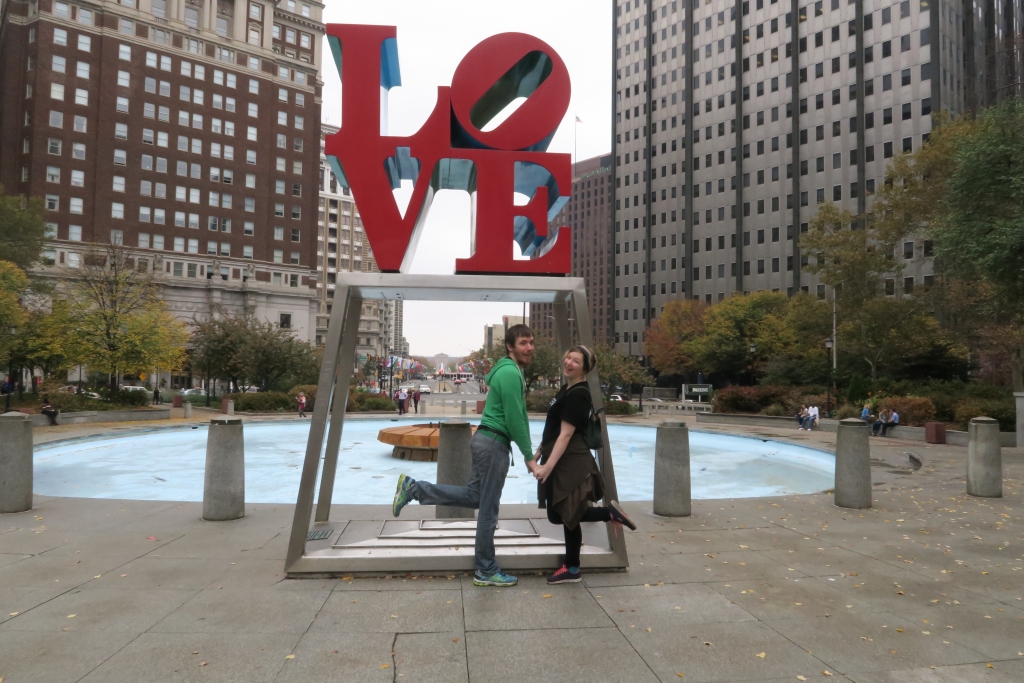 From there we could see straight down to the Philadelphia Museum of Art and the beautiful fountain that was in front of it. Well, it looked like it was in front of it. It was quite a bit a ways from it and it took us much longer to get all the way to the museum than we had anticipated. When we did finally reach the museum, Ross had enough energy left to reenact the famous scene from Rocky and run all the way up the seventy-two steps to glory. I, however, was exhausted from walking around Philly all day and decided to conserve my energy by sitting on the ground and filming Ross’s ascent. I was glad that I didn’t exert myself for those steps, in the end, because by the time we got on our bus home, we had walked over eleven miles! Our Megabus dropped us off about a mile away from where our car was, so even after all that there was yet more walking! We all took it in stride, with lots of giggling at the situation, probably from being so tired.
As much as it wore me out, I really enjoyed Philly. The people were really nice, the weather was great for walking around in, and the food was amazing. The only complaint I had about Philly was how awkward public transport was, which was why we just walked everywhere. Keep that in mind if you ever plan a trip to Philly and you’re not comfortable with long treks.

Now I must go rest up, for in five hours, I head to Kingston, Jamaica!

Dreaming of pizza and beaches,
Ellie