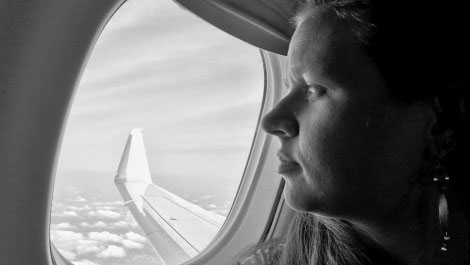 Flying used to be an event in and of itself: you got dressed up, service was impeccable, it was pretty much a dinner party in the sky.  But those times are long gone… fast forward to today where you’re lucky to even get a meal at all!

I fly a lot within North America, and that’s where the worst offenders tend to operate.  First off, in economy you are lucky to get a bag of peanuts or pretzels thrown at you; the good news is that recently most airlines seemed to have reintroduced this “snack” to the beverage service.  They have some food options which you can purchase on board (cards only!), but few of these seem to be vegan 🙁  Some of the options I’ve found are Pringles, hummus and chips (although the chips vary by airline, so be careful), trail mix (varies by airline), and Alaska has the Mediterranean tapas picnic pack, which is a vegan, gluten-free, kosher snack box. 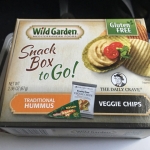 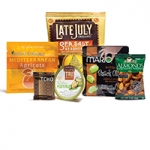 Even in business/first class, most flights within North American might come with a meal, but you can’t order a special meal, you’re stuck with what’s on board!  Two noticeable exceptions to this rule are Delta and Air Canada, where premium class passengers can usually order special meals on mid-range and longer flights.  Also, the special “transcontinental routes” (which vary by airline, but typically include LAX-NYC, SFO-NYC, etc) which offer the international service you can also order special meals in the premium cabins on most airlines, except Alaska.  Still out of luck in economy across the board though.

Even when traveling on an international flight run by a US airline, I’ve always found the special meals to be lacking.  It seems like they’re just an after thought and they threw together whatever was left over into a dish.

It’s a whole different ball game outside of North America.  The good news is that most European airlines (except for the low cost carriers obviously) will offer a small snack pack on their short flights to economy customers.  The bad news is that I have yet to find one that’s vegan friendly 🙁  But longer flights usually involve a meal service and you can request a special meal on some airlines; the only one I’ve come across recently where I haven’t been able to order meals is KLM who only offers special meals on intercontinental flights.

I’ve also flown on Emirates and was able to order a special meal on what I would consider to be a fairly short flight, approx. 4 hours.  It was pretty good, but I was also exhausted, so I can’t guarantee that my recollections are entirely accurate 😛 But I finished the meal so it can’t have been that bad. I haven’t done a lot of flying around Asia yet, so I can’t really comment on the quality of food on Asia based airlines, but I am flying Cathay Pacific in a few weeks, so that will be my first taste.

On intercontinental flights, airlines outside of North America win hands down!  I flew back recently from Amsterdam and got a great vegan meal (which usually you get served first before they go through the aisles with the regular carts) and then a really good savory veggie filled pocket of some kind for the snack prior to landing.  It looked way better than what my seat mate got!  Air Canada doesn’t do too badly on international catering, but I still find that most of the other airlines I’ve flown are just much better at the special meals.

One of my favorite catering experiences recently was on Turkish airlines, who has chefs on board! Serious, here’s me and the in-flight chef.  I was lucky enough to be flying in business class (yay points tickets :)) and usually the quality of food is a bit better, but the meal was the best meal I’ve had on an airline ever!  And better than a lot of meals I’ve had with my feet planted on the ground too.

The service started off with the signature mint lemonade and some Turkish delights, which are not made with gelatin, yay! The first tray of food was a veggie salad (kinda like Greek salad), a marinated peppers/veggie mix, fruit, and a plate full of various little treats (hummus, tabbouleh, stuffed grape leaves…) it was all delicious! Afterwards they came through with a tray/cart to serve the main course…. Wait, what? That wasn’t the main course? I had a nice rice and veggie dish, not quite as spectacular as the appetizer, but still quite good 🙂  And all on a flight that was about 2 hours of flying time! I received similar food on the way back from Istanbul, but I didn’t complain one bit.

Always check and see what the flight might be offering before you travel.  Get the vegan meal if possible; usually it’s termed a “strict vegetarian” or “vegetarian vegan” meal and is coded VGML.  As a rule, I tend to bring my own snacks when traveling within North America since you can never be too sure what the airplane is stocked with and how many other hungry hungry vegans might be on the plane… and who wants to pay for over priced Pringles anyways?