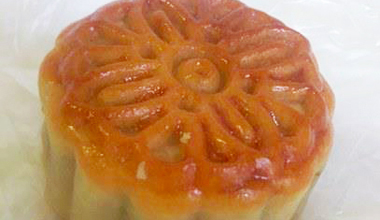 It is in China – a country free of the “dessert” concept – that I developed my sweet-tooth. Overdoing it, just a bit. The idea of “dessert” is uncommon as ending a meal with something sweet is not a habit. I’ve found that it’s easier to find sweets at snack times or even during the meal, not after it. Plus, Chinese sweet stuff is so different from what I’m used to that sometimes it takes an open mind to appreciate it. But it pays back and I’m proud of the list of people I turned from haters to lovers.

First, there is no dairy involved. No butter, no cream, no milk… dairy is just not part of Chinese history (besides specific areas). Not even substitutes are involved – such as soy milk or margarine. Things are simply different, most of the times drier. So it’s not about cakes as we mean them. There is the general term “gao” to refer to cakes but it’s not about the traditional slice of cake we usually think of: it’s more of a general pastry.

Second, beans and legumes in general are stars here. I don’t know where you come from but for us Italians (maybe even Europeans) seeing legumes as potentially sweet is unthinkable. So eating one of the best cakes of my life and coming to know that the paste inside is from red beans was unsettling. Peas, green beans, yellow beans…used in the form of flour or cream, in a cold drink or a sweet soup.  But maybe I’m focusing too much on legumes, there also are a lot more ingredients involved, from rice to nuts.

Here I want to share my favourite Chinese desserts, in case you’d like to dare and try. As no dairy is involved in Chinese cuisine, all these desserts are vegan. A few –not listed- Chinese sweets include eggs (especially brushed around) and some even meat (remember when I mentioned that Chinese sweets are very different from Western ones?), often in the subtle form of meat floss. But most of them are just vegan – not because they want to be vegan but because they had always been created out of plant-based ingredients.

Common in breakfast street stalls, are a variation of the classical bun (baozi) that can be stuffed with a variety of ingredients. The most common sweet ones are filled with a black sesame (zhima) paste, sweet and creamy. To be eaten right out of the steamer, warm. And the best thing is that these hand-made, abundant and fragrant treats are sold at 1 yuan each in most of the places!

One of my two favourites, a round and flat pastry made of phyllo dough and generously filled with a sweet paste generally made of red beans and sometimes enriched with nuts. I’m a purist so I prefer the plain red bean one. These cakes are extremely common and can be found both handmade and packed, even sold at snack isles in supermarkets. This is a popular kind of cake, many come with different fillings that differ from red beans. This is just my favourite version. To be found everywhere, from supermarkets to street stalls.

Ok, here is a popular one. The filling is similar to the one of the red bean cake (well, it’s made of red bean) but the dough varies as it’s softer and not dry. The good thing about both these desserts is that the filling takes a massive part of the whole thing. The moon-cake is of course common during the Moon Festival (but luckily for me not only then) and has a gracious elaborated shape. To be found everywhere.

I don’t precisely know what this is but I’ve found it around The Bund area in Shanghai, sold by an old granny. It’s an incredibly soft, fluffy and light bun and its peculiar dough has sesame as a main ingredient.

I’m not sure I’ve got the name right, I cannot precisely remember. I’ve found these super heavy snacks on many food halls in Nanjing Road in Shanghai. You can see people preparing them live and I believe the main ingredients are roasted black sesame (the green/black ones) and peanuts (the golden ones). The seeds/nuts are turned into dust, shaped and kept together by the incredibly thin sugar threads that give the name of “dragon hair” if I remember well.

Sticky rice is a main ingredient for a variety of sweets. It is beaten and pound until it becomes a soft and gummy dough. Sticky rice balls are usually filled with black sesame or red bean paste and then warmed up in sweet water. They can be served dry or soaked in this sweet soup. To be found frozen in supermarkets or handmade in streets and restaurants.

I kept the best for last. This is probably the most difficult dessert to accept but can be the most addictive one – I’ve fallen for it. A huge cultural obstacle must be overcome here and it is that this dessert is dusty. The main ingredients are reduced to an extremely fine powder that is then pressed to take the desired shape. So, when handled or bitten, it results unusually dry. The texture could be similar to pressed icing sugar. These snacks come in different flavours, from water chestnut to a typical flower. My favourite is by far peanut (or salted peanut), followed by sesame (in Ningbo I’ve found the delicious sesame & pepper one) and green bean. They can be found in boxes everywhere in China but most of the packed ones are plain. I managed to find the really good ones only in Ningbo (Zhejiang Province) and, only the sesame one, in Shanghai and Anhui Province. They told me it’s because they are typical of the South-eastern area. Instead of the dried one, lv dòu gao can be found fresh and handmade but I must admit that the dry and packed version is by far my favourite. To be bought in supermarkets’ snack isles or in Shanghai food halls.

So this list isn’t comprehensive at all and might be biased towards South-eastern cuisine, the one I’ve experienced the most. I’ve just listed my favourite ones but there are so many more that are worth trying and even more that I still have to try. Did I miss fundamental ones? I consider my duty to try as many of them as soon as I’ll be in China again. In general, while getting a vegan dessert is almost impossible in Italy or according to a huge share of European traditions, China is a paradise for sweet-addicted people like me. Hope you’ll get to enjoy it soon!

You can find this post and more in my blog: An Italian Wild Foodie 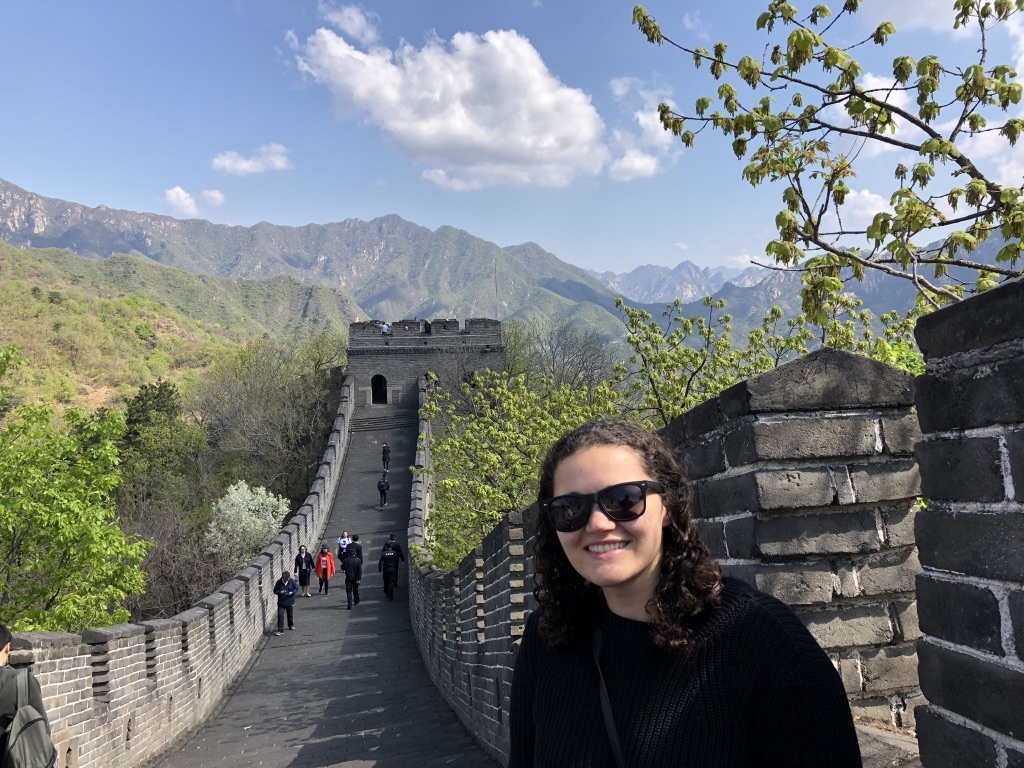 China has been on my bucket list for a long time ever since I heard that the Great Wall of China can be seen from space. We arranged a tour (chinatour.net) which enabled us to have an invitation letter that […] 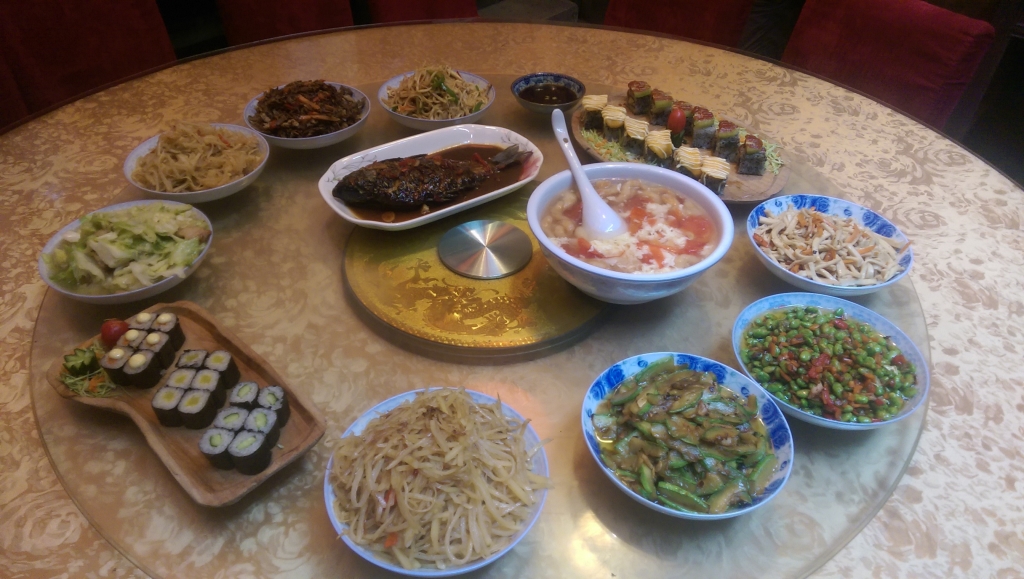 How to Eat Vegan in China

How to Eat Vegan in China

Eating vegan in China is easier than expected. Dairy is not part of traditional ingredients so, unless you pick a westernized place, there will almost be no risk of incurring in any. Eggs are easy to avoid while getting meat-less dishes […]