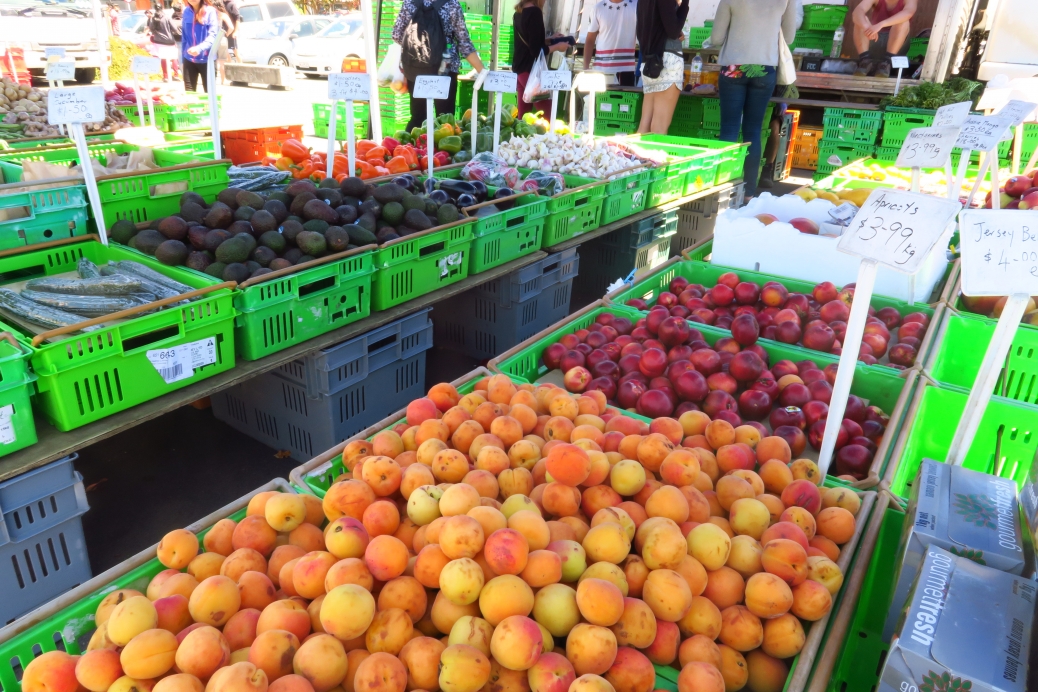 We just finished up an amazing week in Wellington, New Zealand. We had originally only planned on being in Wellington for a couple of days, but due to sanctuaries being on tight schedules, the holidays making it quite difficult to book hostels/buses/or hitchhike, being offered the free wifi that we so desperately needed, and the incredible hospitality of a very good old (not that old) friend, we stayed for a good while. I wrote about the benefits of staying in one place for long enough to catch up on a few life-things already, so now I’ll fill you in on some of the cool things we got to do while in the city. 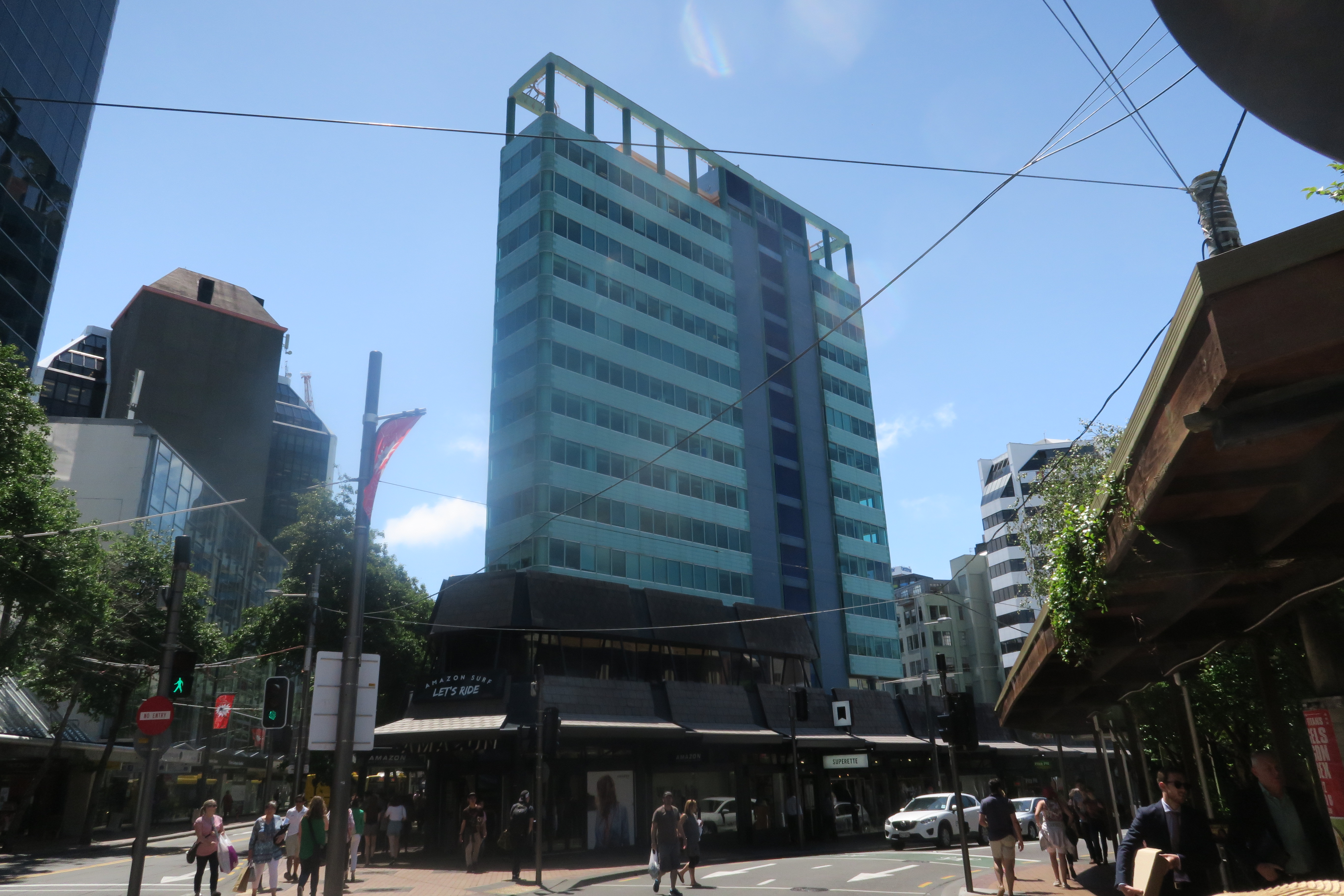 Wellington is New Zealand’s windy city, so it was a bit cooler than Auckland or Rotorua. I found this out the cold way. I was all ready for a wee tour of the city one sunny morning- tank top, circle skirt, sunblock, sunglasses, and sunhat on. The second I walked out of the door of my friend’s flat and onto the sun-soaked pavement, the wind knocked the breath out of my lungs and the hat off of my head. For the next few days, the sunhat went back into my backpack. After having been in it for a week, I think that Wellington’s chilly wind is actually a bit dangerous in its own way. Yes, it’s really nice not to be sweating and feeling too warm and dehydrated, but it also tricks you into letting your guard down. The reapplication of sunscreen every two hours is a lot easier to remember when you feel like you might actually be on fire. My cheeks may be a bit rosy and my scalp a bit singed now thanks to the deception of the wind, but I am still ever grateful for that small break from the heat. In that small break, we managed to do quite a lot of things. 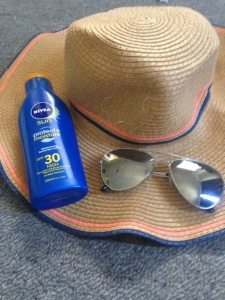 One of our days there, we had a bit of a tour guide. We met our pal in the city after he got off work and we all walked around together for a while. He pointed out all the places in town which had vegan options and explained something about Wellington that we’ve been finding in the other New Zealand cities we’ve been in, too. Since we’ve all three of us spent a considerable amount of time in Glasgow, Scotland, sometimes together… he used Glasgow as a comparison. He explained that while Glasgow is a really good place for vegans because there are a few all-vegan places, and a handful of all-veg places, there’s not really much choice for vegans in omni places. I certainly remember that being the case. There a couple of good options out there, of course, but they’re usually not marked and you always have to be super careful about your wording in order to ensure that you are actually getting vegan food. Wellington, on the other hand, has only one fully vegan restaurant so we’ve been told, many vegetarian places, and heaps  (that’s loads, tonnes, lots, etc, in New Zealand) of places with labelled veg and vegan options. We found that it was pretty much the same in Auckland, but a lot more difficult in Rotorua. We did find Hell in Rotorua, though, which was a lot more of a pleasant experience than it may sound.

But anyway, back to Wellington.

We decided to drop into one of Wellington’s really cool museums, called Te Papa. We didn’t get to spend a whole lot of time there, because it was near closing by the time we arrived, but the time we did spend there was awesome.  We saw some of the natural history exhibit, featuring all sorts of cool indigenous non-human animals and facts about their habitats and habits. After that, we went through their war exhibition called The Scale of our War. The exhibition was really informative and personal. There were lots of hands-on things that you could do to feel a part of the history. The coolest thing about it had to be the absolutely gigantic wax figures, made by Weta, which were larger-than-life and incredibly crafted. They were made so realistically that I would not have been in the least bit surprised if one had started moving while we were gazing at it in awe. 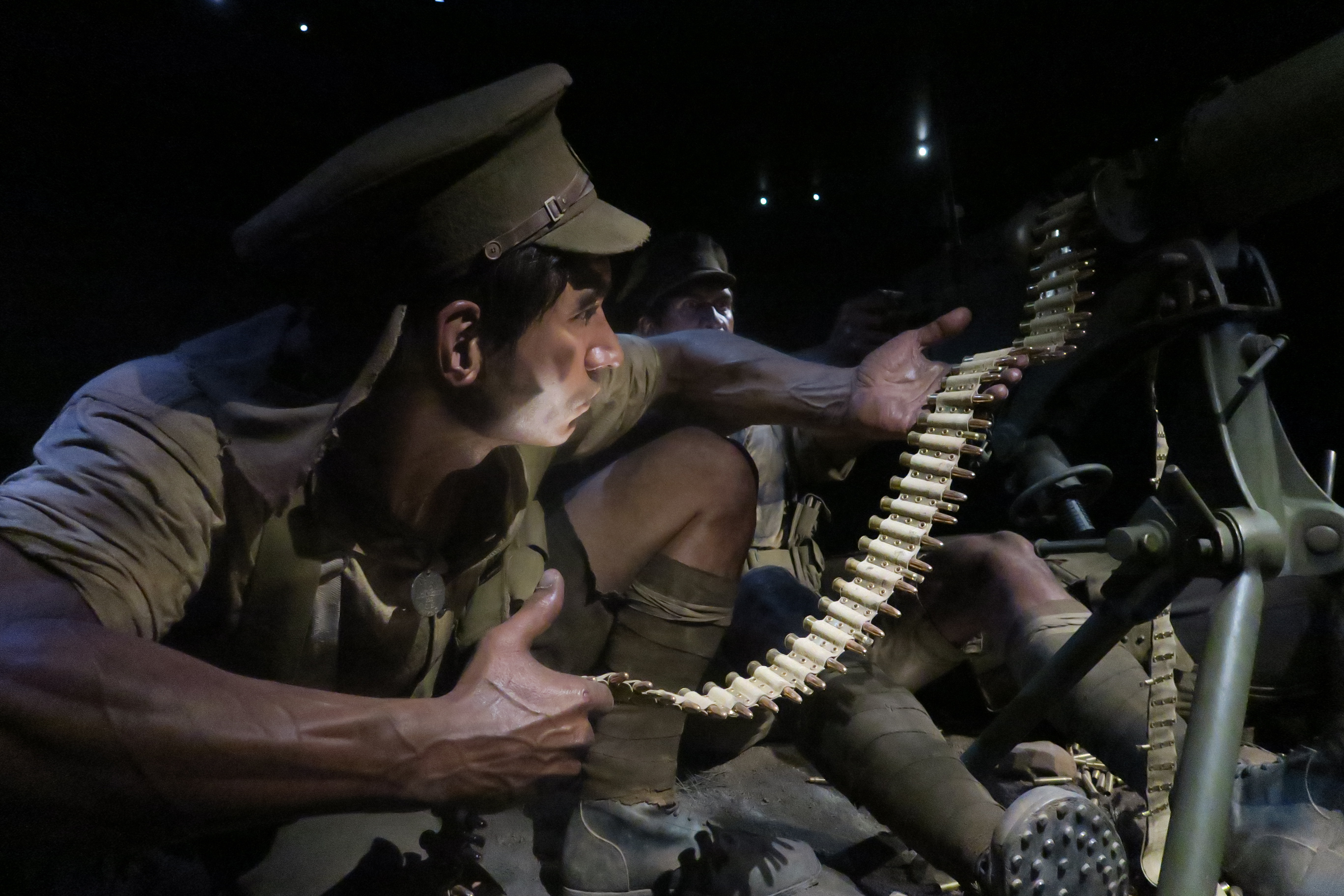 We also visited an amazing exhibit on the indigenous people of New Zealand, the Maori people. There were no pictures or videos allowed in this exhibit, so you’ll just have to take my word for it that it was a beautiful experience and well worth a visit to the museum. Another noteworthy exhibit that they have on right now, if you feel like paying the entrance fee, is the Dreamworks Animation exhibit. It looked really cool from the outside, but alas, we just couldn’t justify spending money on an exhibit when we could see so many amazing things in the museum for free! Whatever is on when you’re in Wellington and whatever you decide to see, Te Papa is really cool. Heaps of people we’ve spoken to since being in Wellington have recommended the museum to us and were delighted when we told them we swung by. 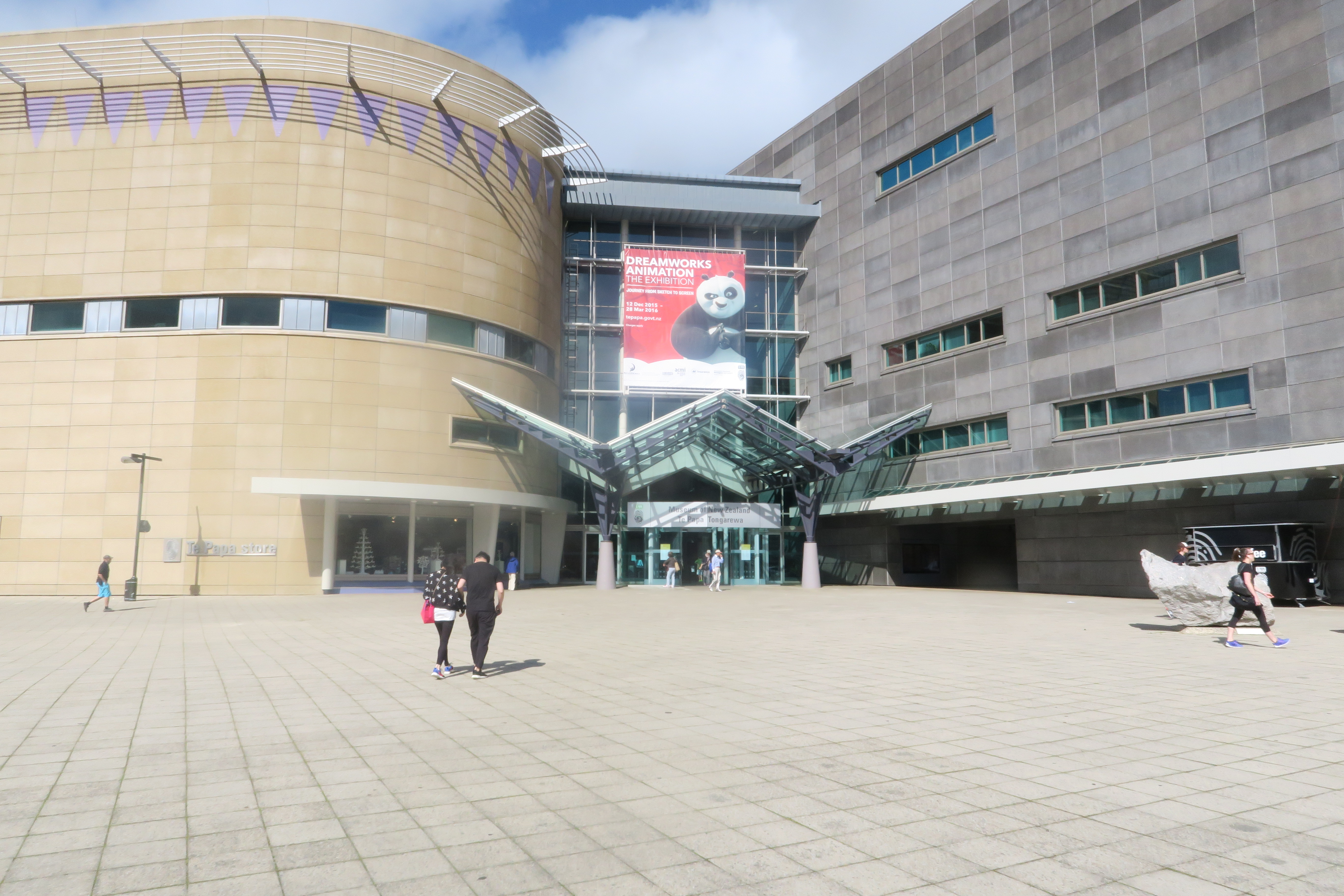 When our quick little visit to Te Papa was over, we decided to go grab something to eat. We asked our neighbourhood friendly vegan where they liked to go to get a cheap lunch and they had their answer already prepared. They took us to a little place called Basin Noodle House. There were a few accidentally vegan things on the menu, but we were assured that we didn’t even want to look at the other things because we absolutely had to get the tofu burger. I’m not usually wild about tofu, mostly from eating heaps of tofu prepared by people who don’t typically cook for vegans in my first year as a vegan, so I wasn’t super sold on it. The burger was only $4 NZ, so I also wasn’t sold on the idea that it could be very filling. But it was. Oh, man, it was. It was incredibly unhealthy, though. We were also shown to some healthier cheap vegan eating in Wellington, though this time it wasn’t a restaurant. That’s right, everyone, Ross and I went to MORE MARKETS! 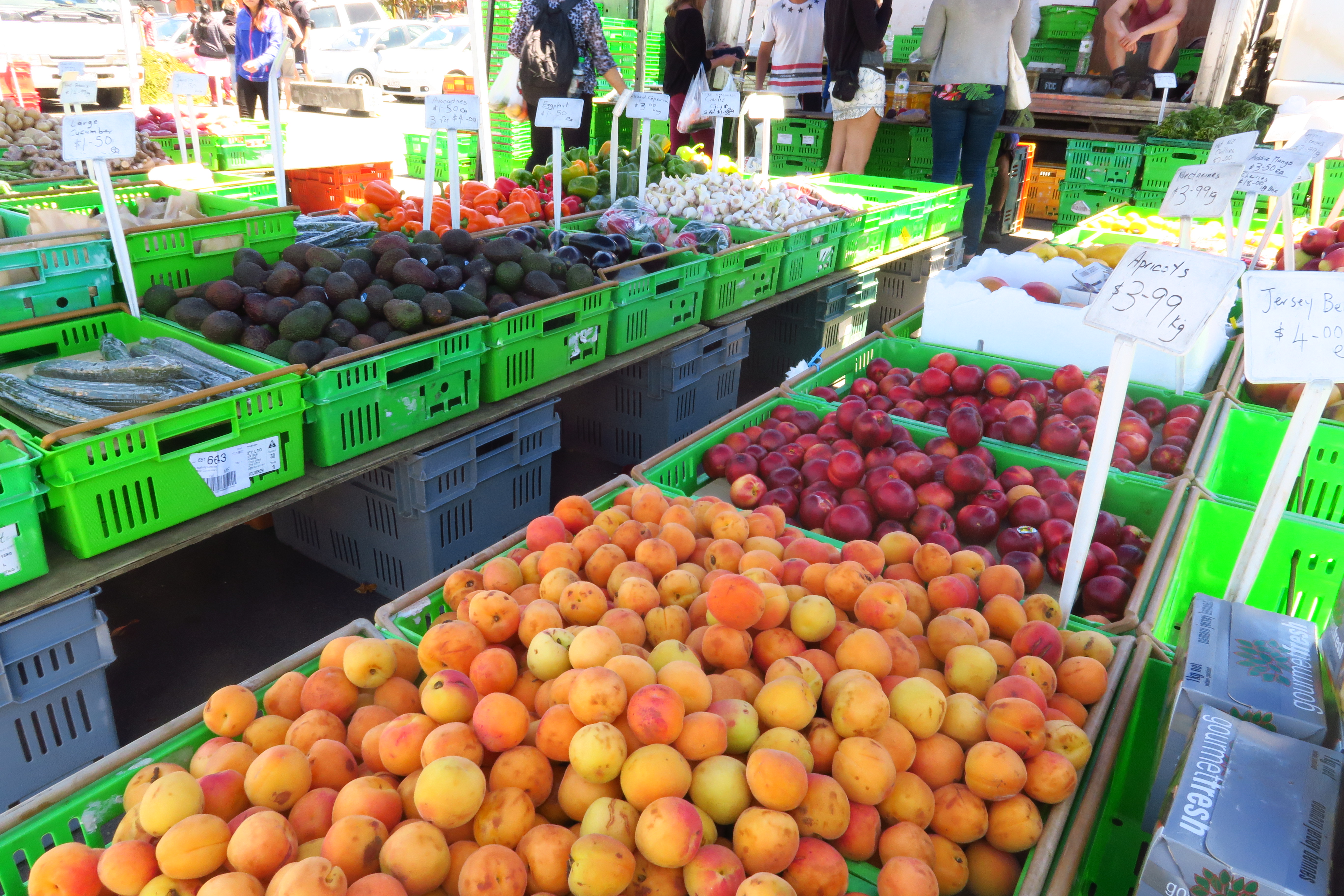 We do so love going to the odd market here and there. The farmer’s markets in Wellington had really ridiculously cheap fruit, so we were able to spring for peaches for the first time in a long time. They were juicy, sweet, and perfect in every way. And only about .30 NZ for two of them! When we found out how cheap they were, we went back for plums! The markets weren’t all delicious fruits, though. They also had heaps of vege (that’s “a lot of vegetables,” in New Zealand) on offer. Many people, including our pal, go to the farmer’s markets every weekend to stock up on all of the vegetables that they need for the week so that they don’t need to use the way more expensive option of buying their produce in the grocery store. Had we been spending even more time in Wellington, we definitely would have stocked up in the markets. It’s a great affordable option!