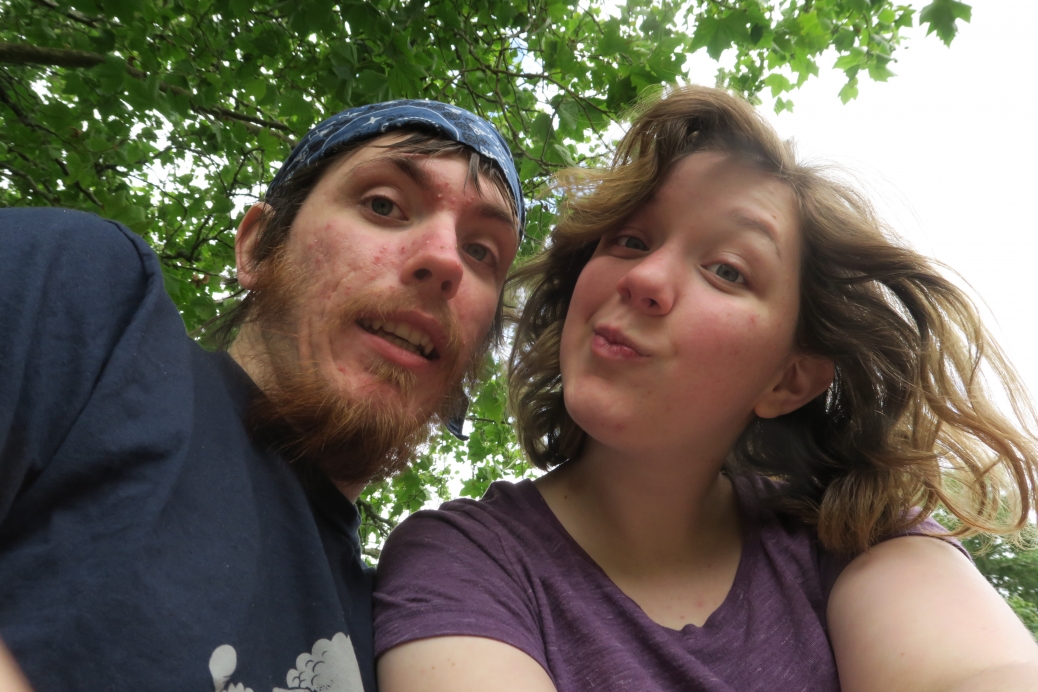 Yesterday, Ross and I were walking through Wellington, New Zealand, desperately trying to find the place from where the free shuttle to Zealandia animal sanctuary would pick us up. With a screen capture of our directions and a vague idea of which direction to go to get into the city, we thought we would certainly make it in time for the next shuttle. We were meant to stop by the health food store on the way there to pick up a few things, and then catch the shuttle just in time, with a five minute buffer just in case we got lost. It was a great plan. 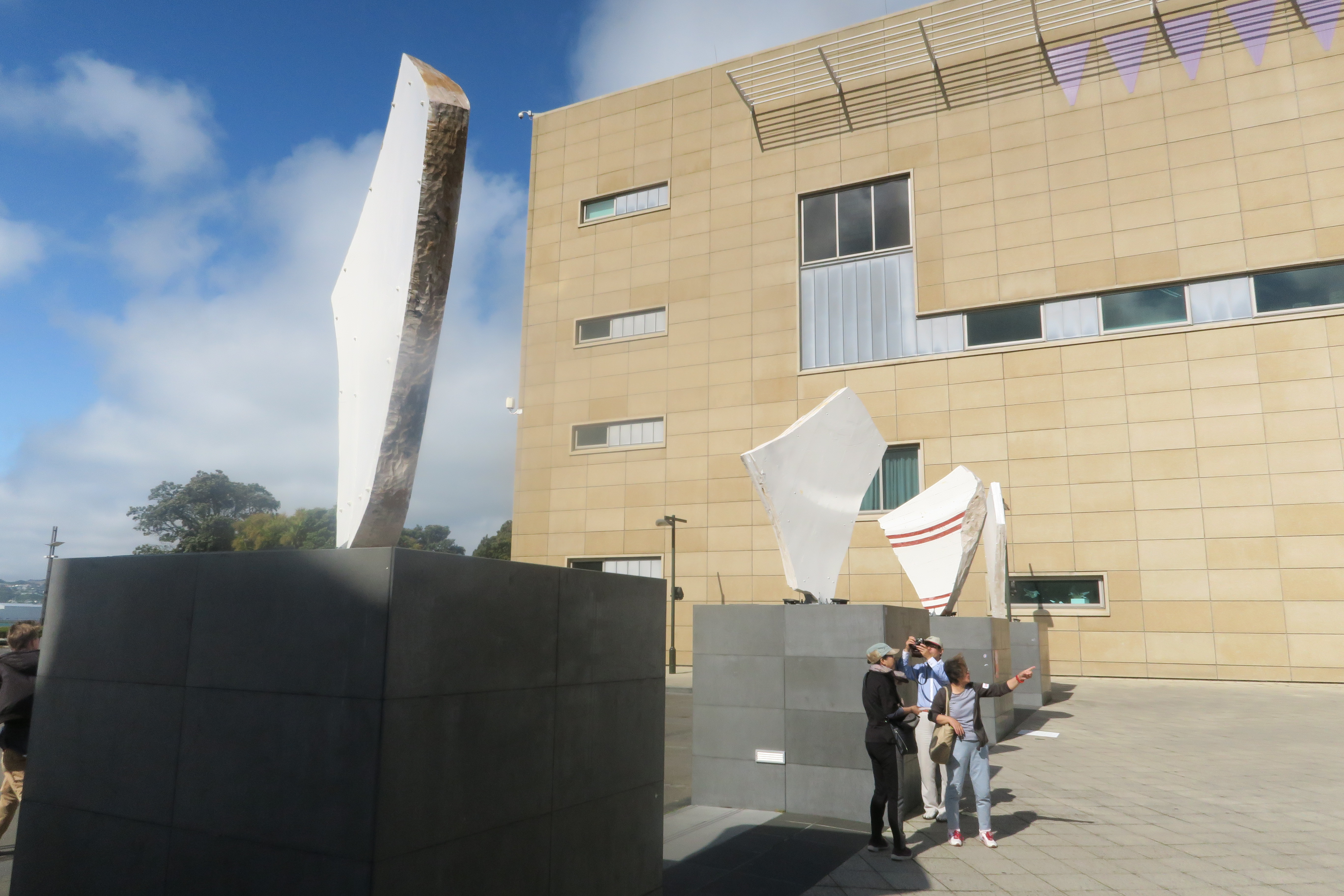 Unfortunately, it just didn’t play itself out the way that we had intended. We kept getting turned around, the directions didn’t seem to be going in the right direction, and because of all the walking we’ve been doing these past few months and a physical disability I’ve had since birth, my joints were giving me trouble the second we stepped out of the door. We decided to just go for the later shuttle and take our time getting into town before asking someone where the bus picked up. When we got into town, we found out that we could be picked up from the information centre, which wasn’t very far away at all. This was great news, until we realised that the signs for the information centre were all pointing towards each other and none of them led to the building. We eventually got there, much later than we had wanted, but arrived in Zealandia all the same. At this point in the afternoon, the sky turned an omnious shade of grey, the heavens opened up, and it started to rain. Ordinarily, that would have been fine. On a day where we planned on walking around an outdoor sanctuary and filming some of what we saw, however, not so fine. It all worked out in the end and we had a great time. These kinds of days happen incredibly frequently in our travels. So why am I telling you all about this one? Because on this particular day, where nothing seemed to be going right and the pain in my side was so loud it was distracting, I realised something for which I am immensely grateful. I realised that I have an amazing travel partner. 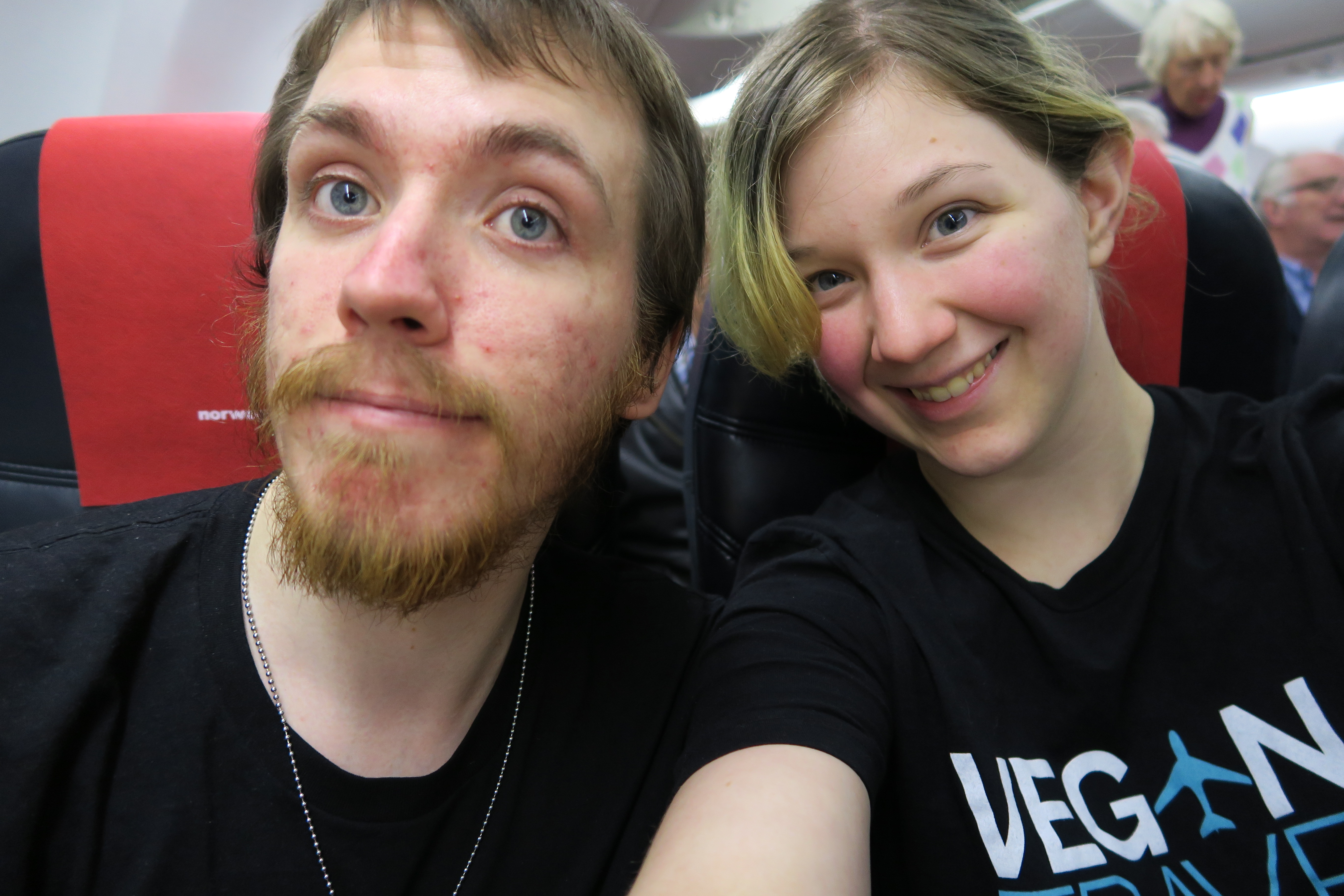 I have an amazing travel partner who keeps his calm when things go awry. Whether we’ve been dropped off at the wrong hostel, almost missed a flight, or become lost in a foreign city where we don’t speak the language, we can work together to come up with a new plan and get ourselves back on track. I’m just realising that a huge part of why this trip has been so successful and how we’ve made it this far is because of how well Ross and I work as travel partners. So I thought it might be a good idea to talk about that today and talk about what I think makes for a good travel partner.

A good travel partner doesn’t have to be your romantic partner, too. Mine happens to be and that’s working out for us, but I’ve heard it isn’t always so. A few people we’ve met along the way have jokingly asked us how we’re still together, even really early on in our trip! It was easy for Ross and I to pick each other and apply for Vegan Travel’s sponsored trip. We had been talking to each other about where we would go together if we could ever afford it, for years. We never thought it would happen, and when the opportunity presented itself, we didn’t think twice. For those that have to seek out a partner, however, I would advise that the first thing you look for in this person is respect. The person you are going to spend every waking (and some sleeping) moment with for several months has to respect you. In the same vein, you absolutely have to respect them. This is the most important thing because you will have to make decisions that affect both of you in a big way every single day during your travels. You’re going to have to listen to each other, consider each other’s interests ahead of ones own, and If you don’t have respect for one another and trust one another, you’re going to have a lot of arguments and a lot of problems. 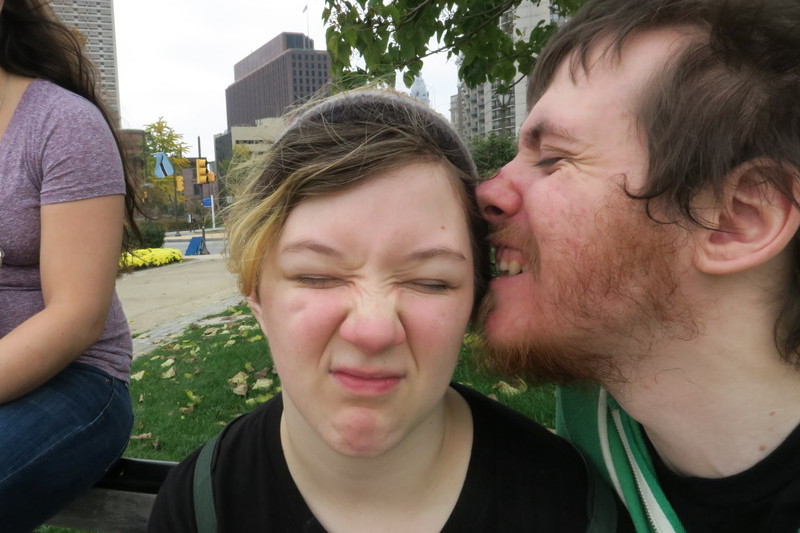 Another really important thing to look for in a travel partner is flexibility! I absolutely cannot stress this enough. If you’re choosing a travel partner that doesn’t understand and exercise flexibility and patience in stressful situations, you may as well stay home, because you won’t be getting very far. Every single day is a new challenge and a new plan completely ruined by weather, money, time, technology, or disability. Ross and I sort of take turns being the one who is calm and flexible and being the one who is freaking out about where our next meal is coming from or whether or not we’ll be able to make it to our bus on time. It’s been working pretty well so far, with relatively few bumps. 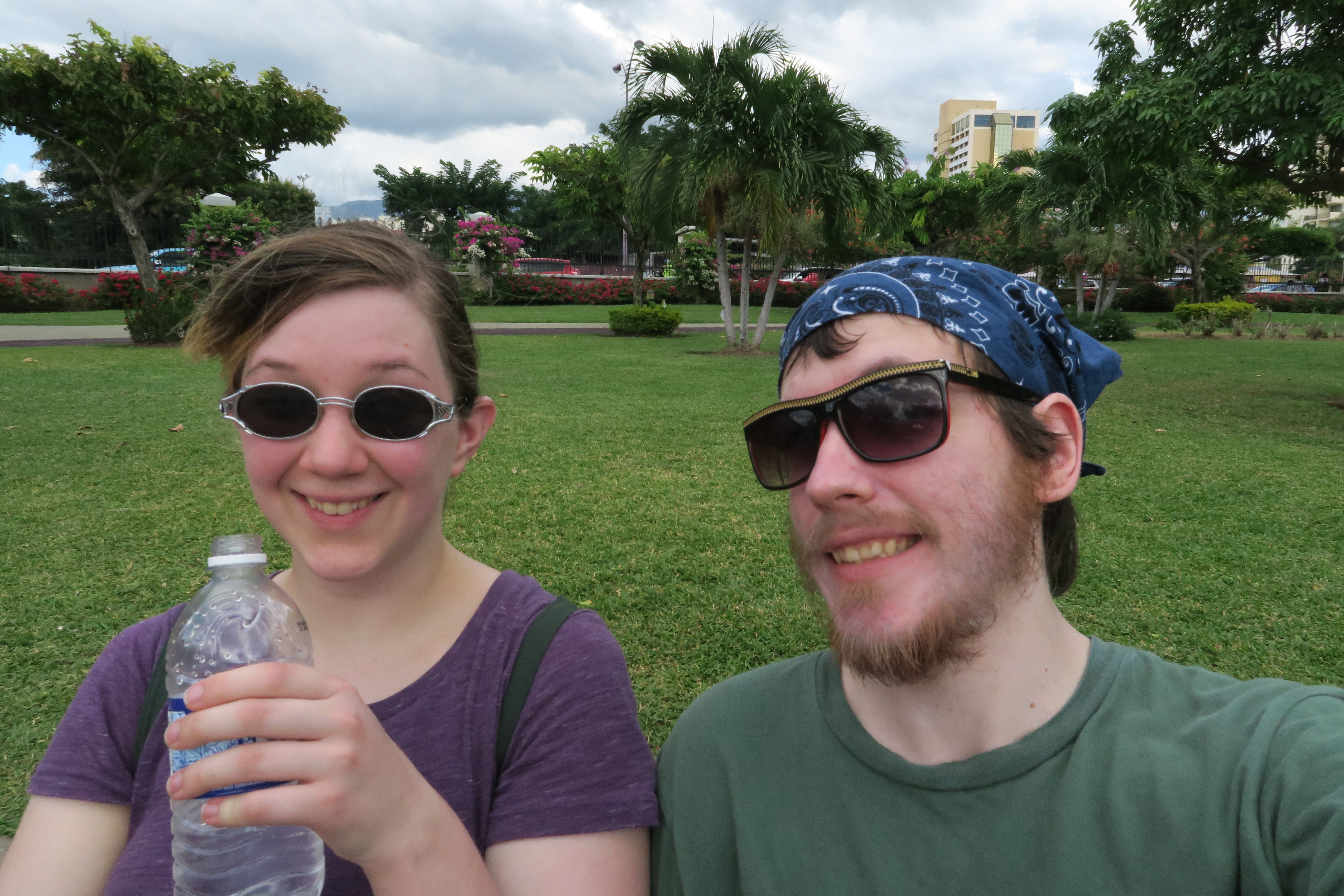 The last thing that I would say is absolutely essential to prioritise while looking for your perfect traveling partner is that they have a useful skill set that is different yet complimentary to your own skill set. For example, Ross is incredibly good at figuring out how we’re going to get from point A to point B and I’m pretty useful at figuring out where we’re going to stay once we get there. Ross is also the designated dinner maker and I am the one in charge of doing the dishes.

There are loads of other things that make a really good travel partner. I’m lucky that I don’t have to dedicate a whole lot of time to thinking about those things and seeking these traits out in someone. I’m lucky that I’ve ended up on the other side of the world with a partner that is not only my best friend but the most amazing, respectful, flexible, fun, likeable travel partner that anyone could ask for. 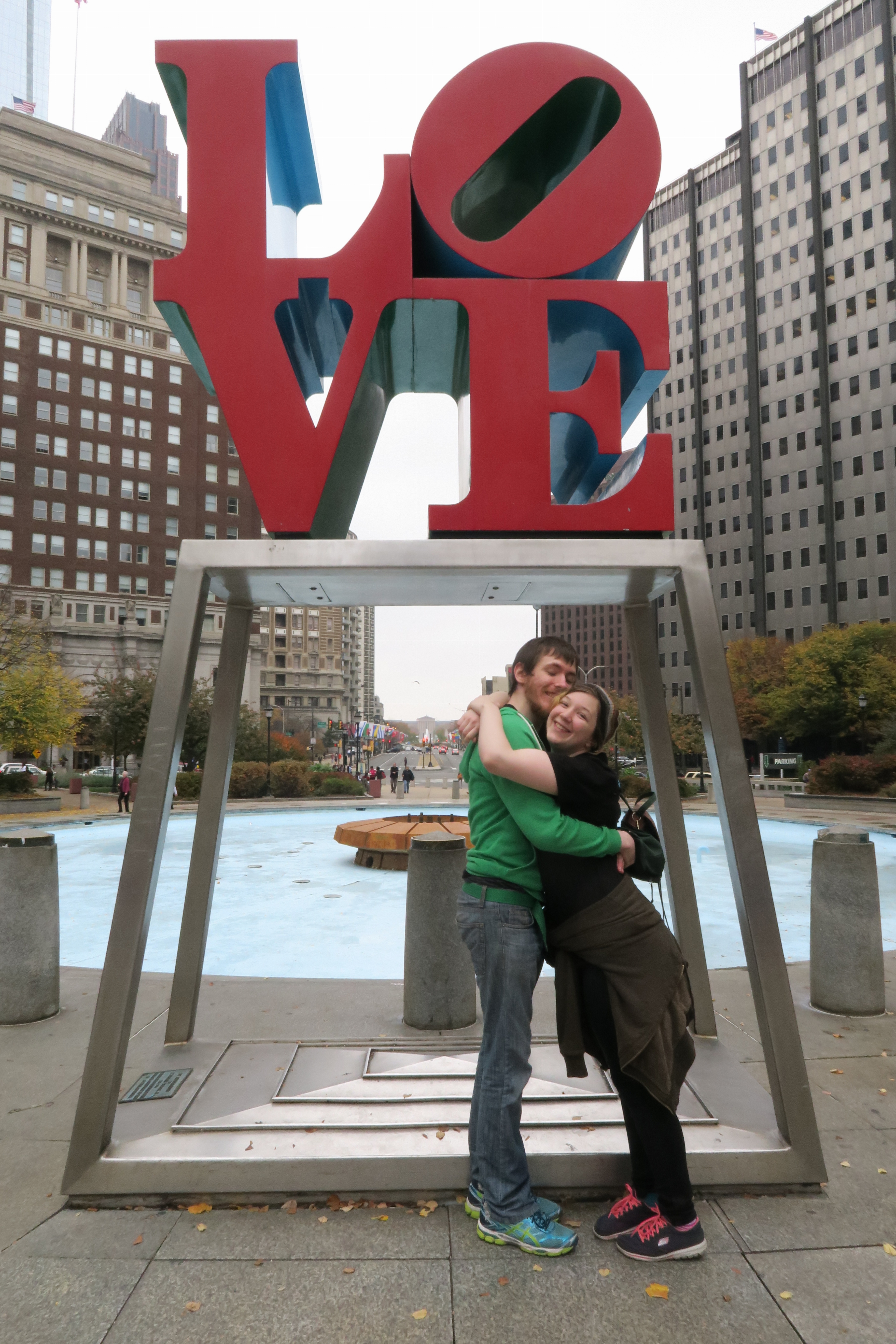 P.S. It was really hard not to say, “travel companion” and then just make the whole post about Doctor Who puns.