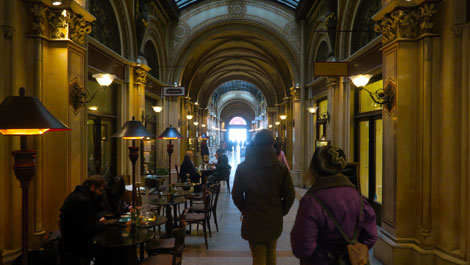 This past week was a pretty great week for veganism and for travel. Ross and I are currently in Vienna, Austria where we are having a fantastic time. I was a little bit worried about transitioning back into European culture, if I’m being completely honest here. We’ve just spent seven consecutive weeks in Asia, so at this point anything that the countries have in common in their culture has really stuck. I find myself bowing, with my hands pressed together, as a way of apologising to Austrian people for my inability to speak German. I also find myself accidentally making people in cars wait a little too long at cross-walks because after Thailand, I’m no longer used to cars actually stopping for pedestrians. These things shall most likely pass and are just more amusing than anything. (I say “most likely” because I’m not sure I’ll ever stop bowing to say that I’m sorry. I’m stuck.) We knew that there would have to be an adjustment period to Europe. We also knew that things were going to be vastly different to the cultures in which we had been immersing ourselves previously and that things would once again be very much alike our own cultures. One thing which will certainly help ease the pain and awkward silliness of this small dose of culture shock is the shift in what one can buy at grocery stores.

It was very easy being vegan in Thailand and Japan. It was also definitely doable in South Korea, I’m not saying it wasn’t. What I am saying is that when it comes to shopping, it is quite a bit more exciting being vegan in Austria. I don’t know that this is going to be the case for all of Europe. I’ve heard that it almost certainly will not be the case while we are staying in Iceland. However, for right now, I can walk into almost any store and find vegan cheese, several flavours of vegan yohgurt, vegan “meats”, pre-made vegan meals, and vegan snacks, most of them helpfully labelled with a big green V, none of them as expensive as they would be elsewhere. The first time we walked into a super market, I was completely in awe. A regular grocery store back home has nothing on the Spar down the street from where we are staying. If that had been it for vegan food options for us, I would still have been a pretty happy camper. However, we now have an expert in our midst and now know that it’s not all there is. A very good friend of ours is visiting us from Scotland and showing us around Vienna like it’s his job to give vegan food tours. He’s also taking us to see some pretty breathtaking architecture on the way. It isn’t difficult to do so in Vienna, to be fair. Every other building is historically significant and positively stunning. (And basically all the other ones are chocolate shops!) 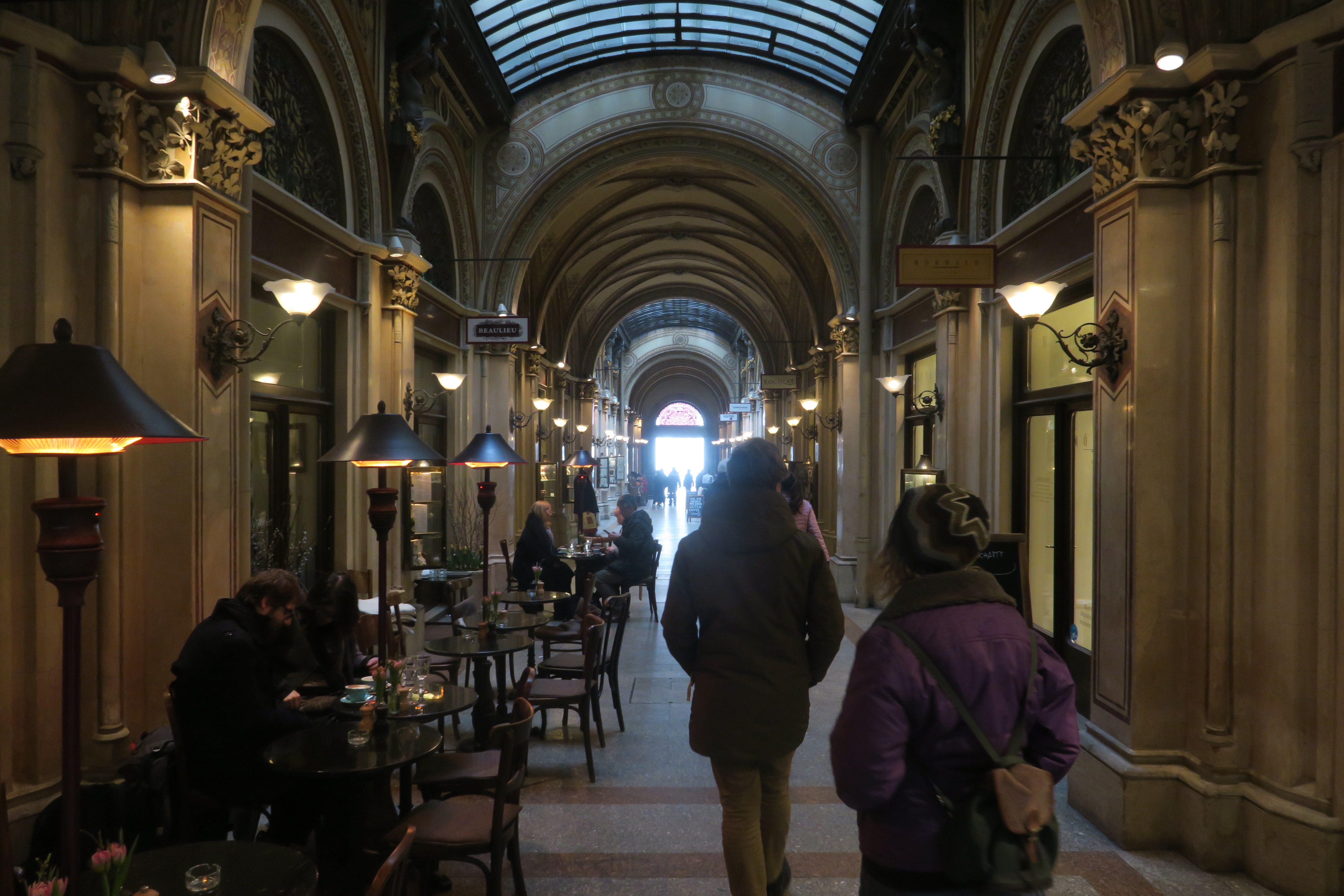 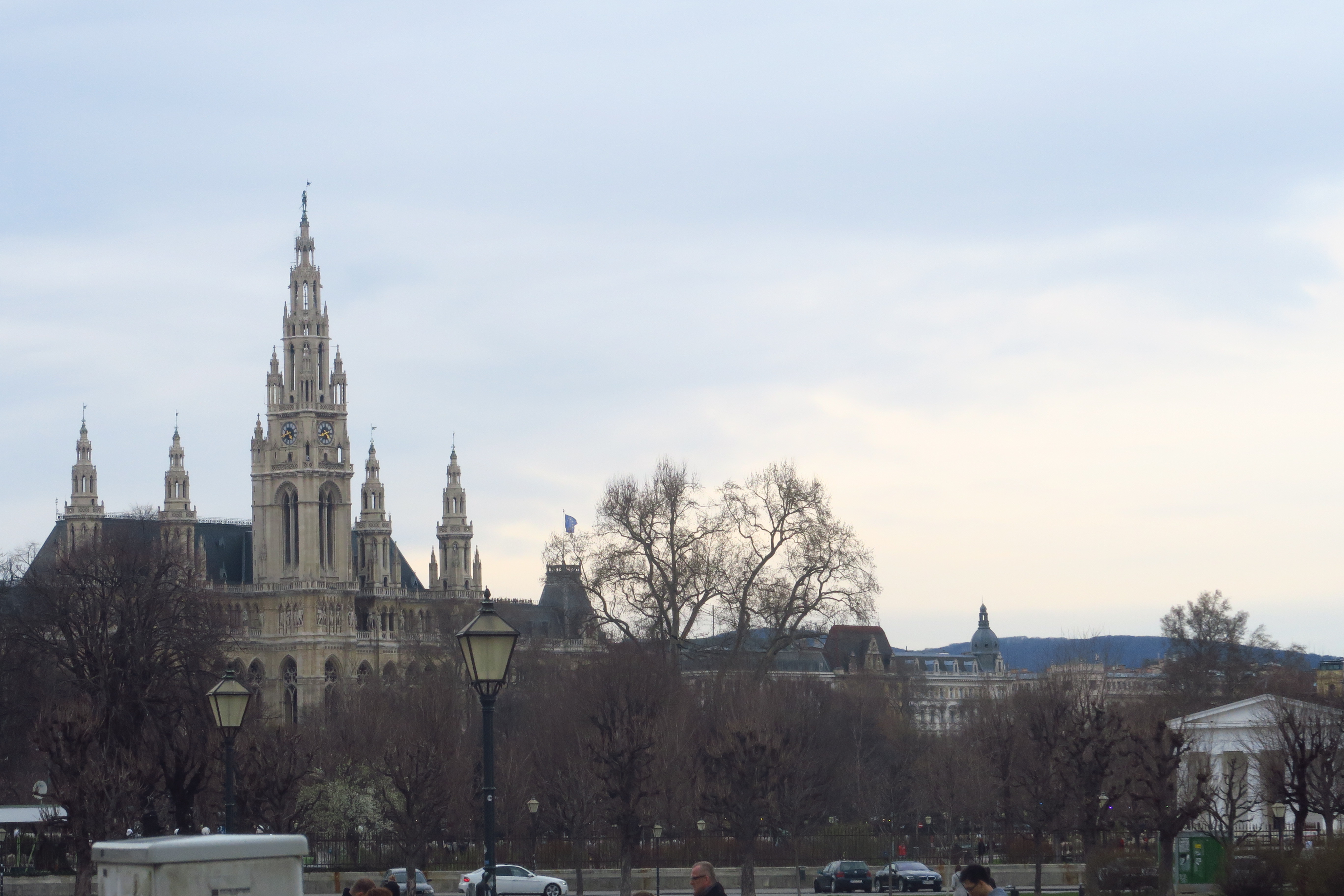 Yesterday, we had a big day out and walked around for hours, being led in all directions for all kinds of vegan food. For the first time in my life, I went to an all-vegan supermarket. It was incredible. It was a lot like the first time going to an all-vegan restaurant back home with my family. It’s so emotionally overwhelming when you’re looking around to see what you want to get and you realise that you can get anything that strikes your fancy. You don’t have to ask anyone, read any labels, or fret about what a certain word might actually mean. I kept finding myself only looking at the mock meats wrapped in green packages in the fridge, my mind automatically assuming that the items not specifically screaming “vegan!” on them were not vegan. I didn’t realise how often I have to ignore most of a store. It was not so here. Here was a vegan fairytale full of all kinds of chocolates and milks and chocolate milks. Here was beautiful. To top all of that off, I’ve since learned that there is still another completely vegan supermarket that we have not yet been to. I hope we will go soon and I hope it will be as wonderful as the last one. The one we already went to was called, “Maran Vegan,” and it’s just off one of the main shopping roads in the city centre in Vienna, so it’s really easy to find. I believe the one we’ll be going to tomorrow is called Veganz and is a chain, which originates in Germany. I can hardly contain my excitement. 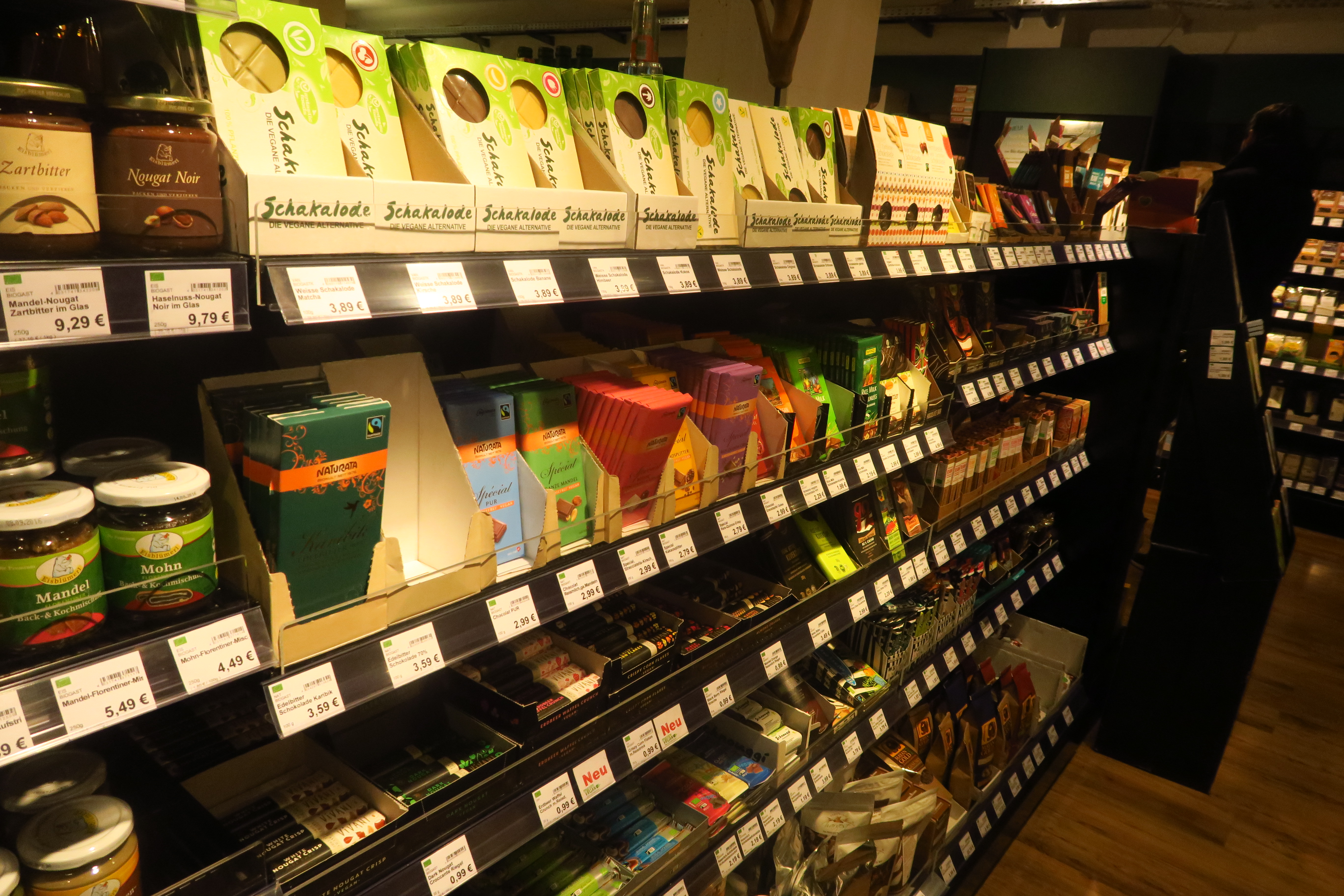 In addition to taking us to the store, our dear old friend took us to loads of places to buy vegan chocolates, vegan cookies, vegan cupcakes, vegan brownies, etc. Some of them were fancy shops that I probably would never buy anything from, but one of them was a bakery and a really lovely bakery at that. Nom Nom is everything that one wants in a bakery. It’s made up of pastel pinks, soft purples, hearts, framed punny phrases on the walls, and the nicest staff around. It’s vegan on top of that, so it’s also everything that I want in a bakery, too. We went to a lot of really cool and really lovely places, but I just wanted to put a little bit of special emphasis on this place because it truly stood out among the rest. Perhaps that was because of my current dream to open a vegan bakery with my partner and I’m always taking notes about location, décor, menu, and personality. Perhaps it’s also because Nom Nom was just the cutest little place in which you could find yourself. Either way, if you ever find yourself in Vienna, go there, have a cup of tea and a cupcake and chat with the staff for a bit. Don’t forget to drop by a museum while you’re here, too. 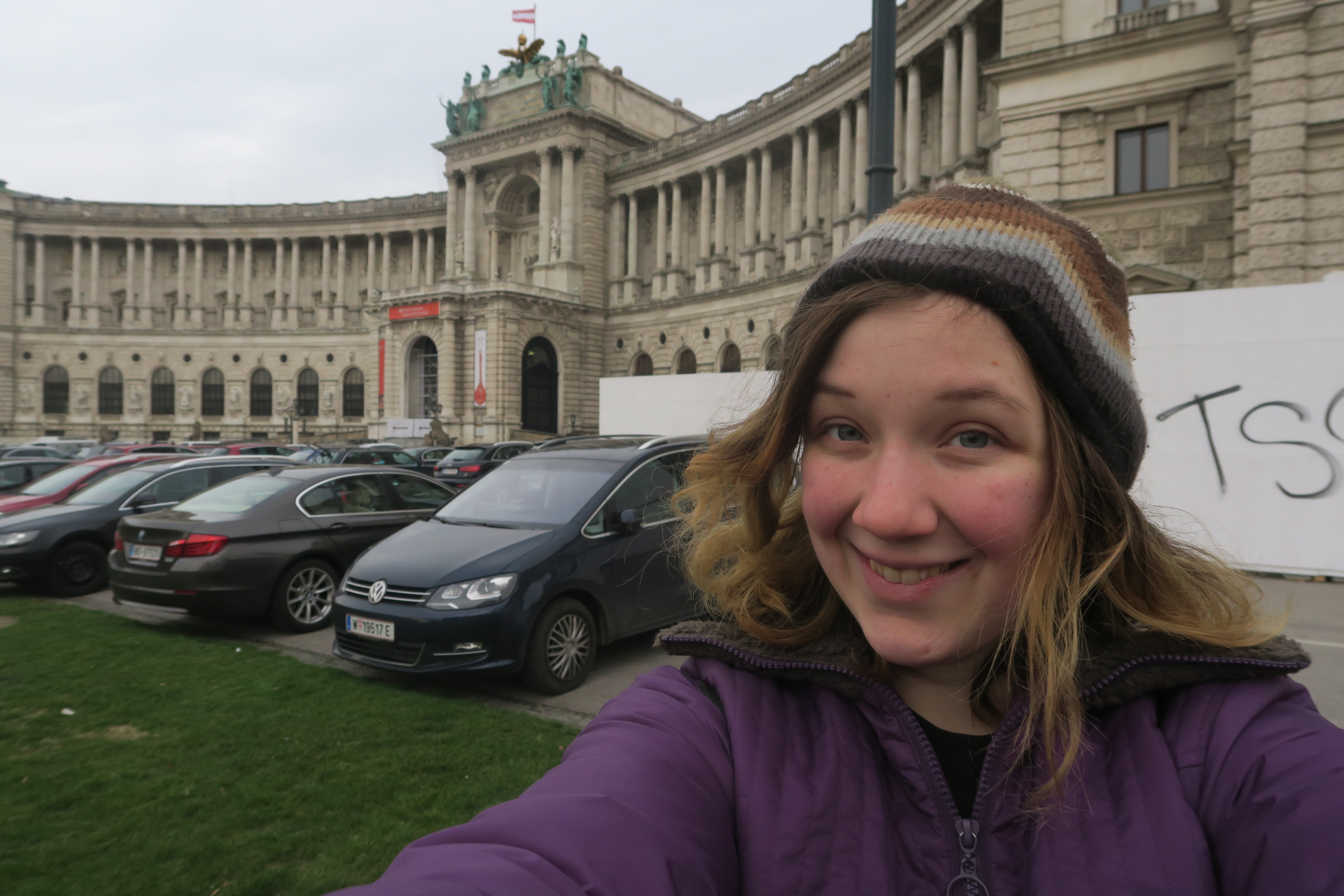