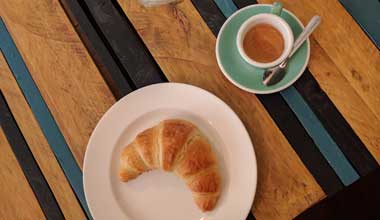 I recently arrived in the Charles de Gaulle Airport ready to spend a few days exploring Paris.  I have visited the city quite a few times in the past, but it had been a while since I spent more than a day perusing the sights.  After a very long line at customs (due to heightened security concerns) and then a slightly shorter line to buy my train ticket, I was finally on the train bound for Gare du Nord.  The train itself takes just under an hour and costs €10.

During my planning I had stumbled upon a vegetarian/vegan friendly B&B, Chambres de la Grande Porte (B&B) and had booked a single room for my stay.  It was just a short walk from the train station and the owner told me to come by and drop my bags off before exploring the city.  Cédric was very welcoming and humoured my desire to practice my french.  He offered me a coffee, showed me around the apartment, and gave me my keys before I went off to start my exploring. I walked from the B&B to the Seine, enjoying the buildings and parks along the way.

I didn’t have many things on my “Paris to do list” except for trying vegan high tea at the Shangri-La and finally heading in to the Louvre.  In all the times I’d been to Paris, circumstances always kept me from visiting the iconic museum.  But museums were not on the agenda today.  Since I had arrived early in the morning, the best way I have found to beat jetlag is to power through.  I made a quick stop at Paradis Marguerite for a delicious vegan café vennoise (pictured below) and some fried peppers.  After my caffeination break, I took the long way back, passing by one of the most colourful streets in Paris, la Rue Cremiux. 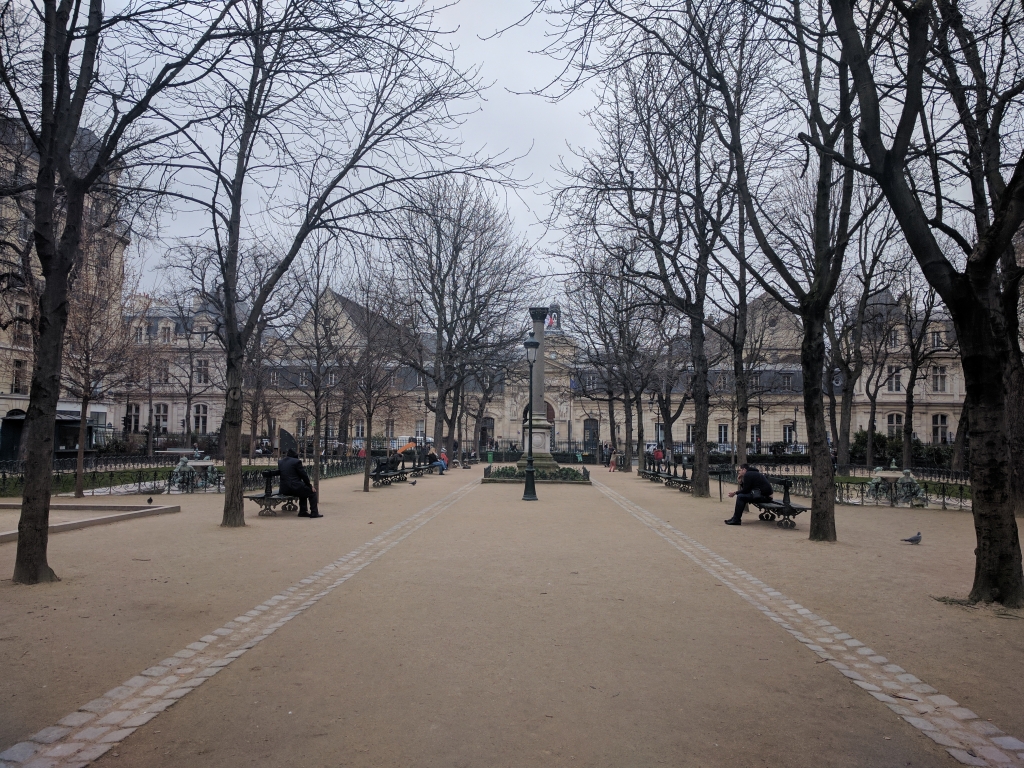 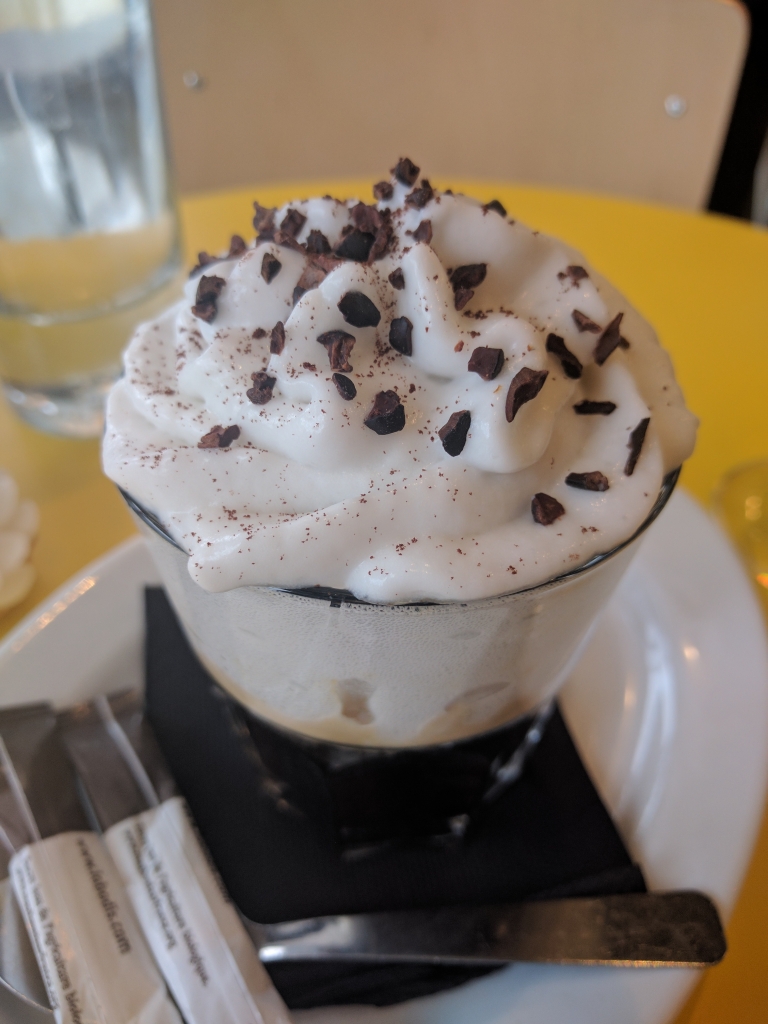 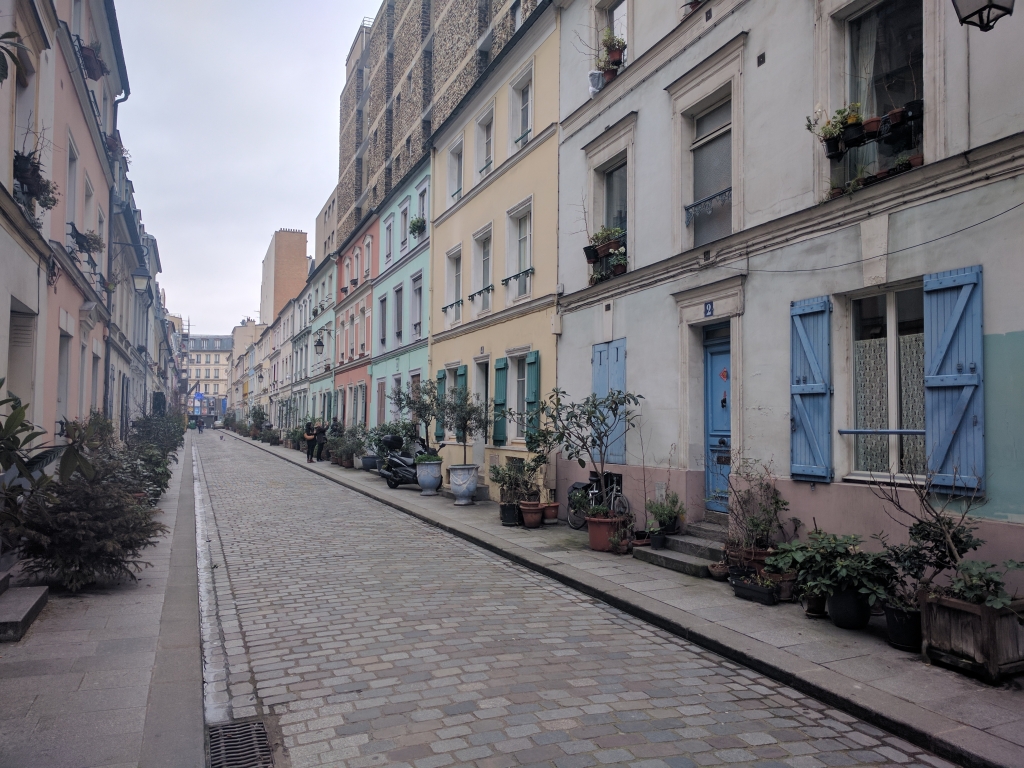 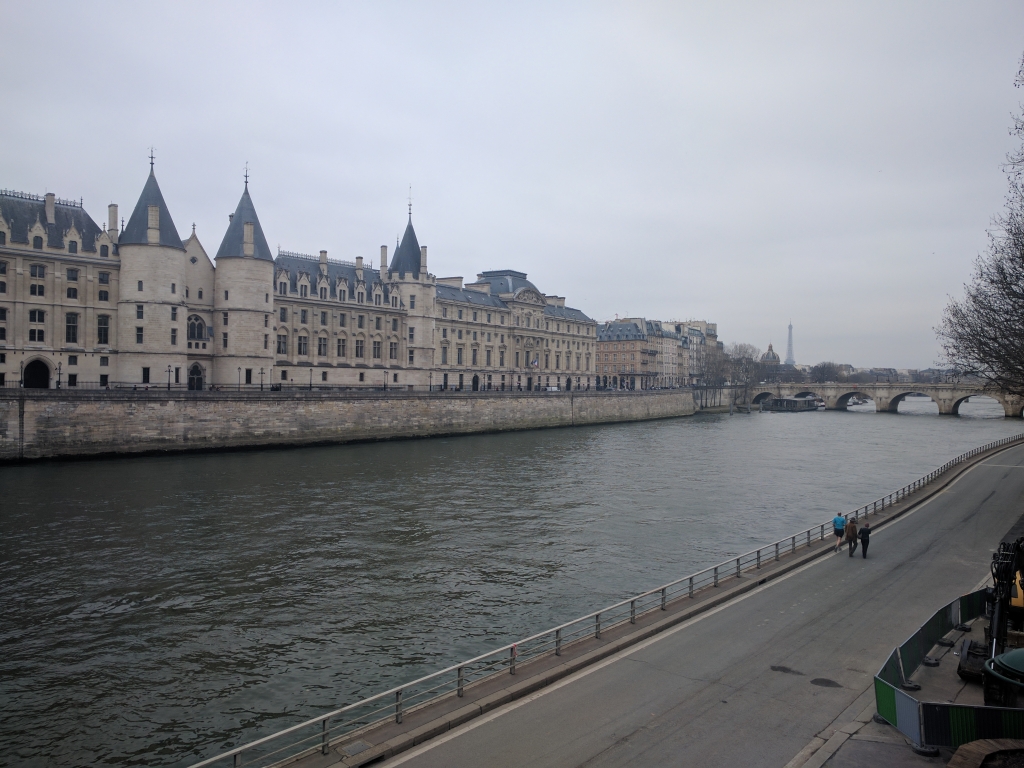 After a quick (and accidental) nap, I was refreshed and set off for the evening.  Once again setting out on foot, I went to the 2e arrondissement where I found the Brasserie 2eme Art, a vegan Parisian cafe.  I ordered what I thought was a smaller meal and a glass of wine, however it turned out to be quite substantial… but that didn’t stop me from ordering some waffles and whipped cream for dessert!

Feeling quite full, I continued my walk going back to the Seine, finding paris all lit up at night.  I mostly wandered around, enjoying the city, was mistook for a Parisian (merci!), and finally made my way back home for the evening. 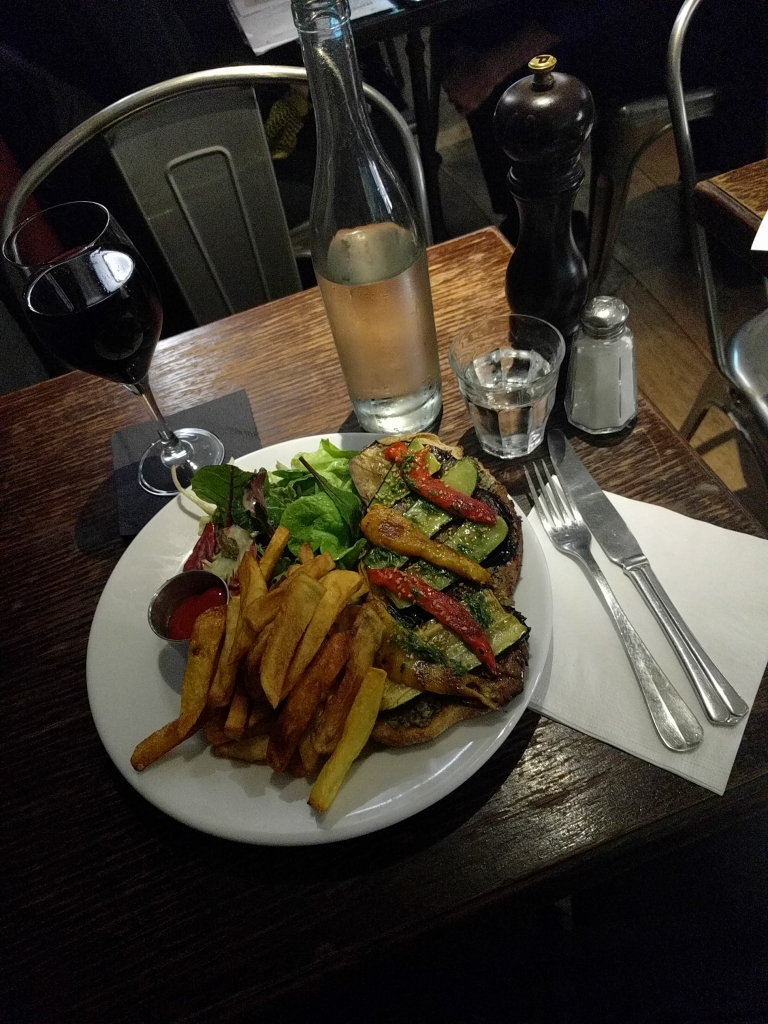 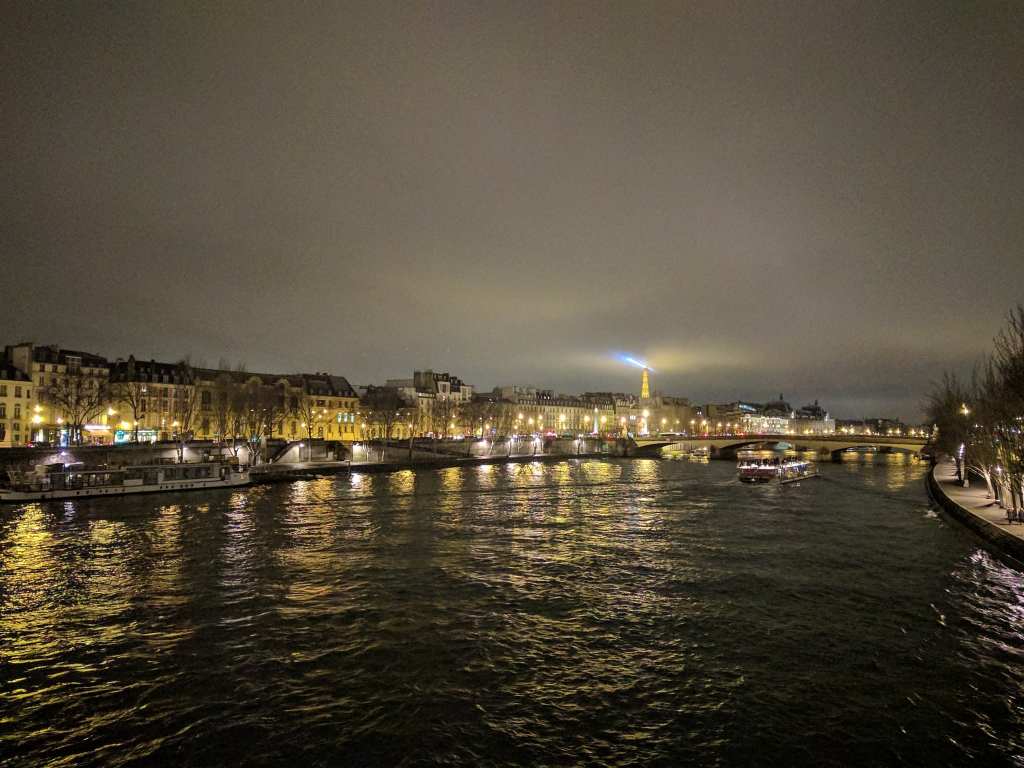 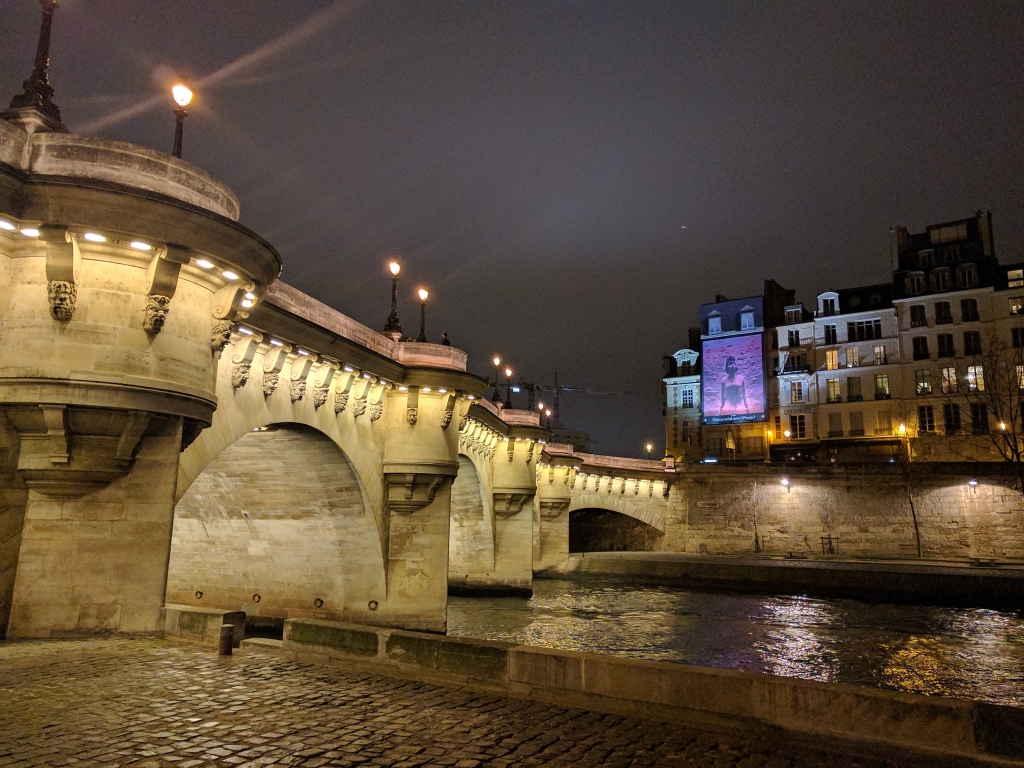 After waking up to a wonderful breakfast of cereal, fresh breads, juice, and coffee, I got ready to start my first full day in Paris.  Both Monday and Tuesday are days the museums are typically closed, so I thought I would just do another self guided walking tour of the city.

Just down the street  is the Porte Saint-Denis, a beautiful archway I passed every day.  My first stop was Cloud Cakes, a super cute vegan cafe.  I was still full from breakfast, but couldn’t resist one of the croissants!  After the delicious pit stop, I continued on and wandered through Le Marais, a district with many buildings of historic and architectural importance, due to the aristocratic history.  This lead me to Cafe Ginger for lunch, which is a super cozy (read small) restaurant with a small, but delicious menu.  Highly recommended to make a reservation if you’re more than one or two people.  I had the lasagna, with came with a multitude of salads and other sides.  A very satisfying meal, but once again, I could not leave without trying their dessert.

After deciding that I really couldn’t eat anymore that day, I took a circuitous route around the city, stopping at the Pantheon, the Luxembourg Gardens, and of course the Eiffel Tower.  I didn’t go in the Pantheon or go up the Eiffel Tower, as I have done both before.  Before I knew it, it was almost time for dinner and I started my way home.  It wasn’t until I finally sat down that I realized that I had walked over 10 miles that day… oops.  Needless to say, I gave my feet a bit of a break and got some snacks and wine from the grocery store across the street and managed to make it to the kebab place around the corner for a vegan burger (which was actually surprisingly delicious). 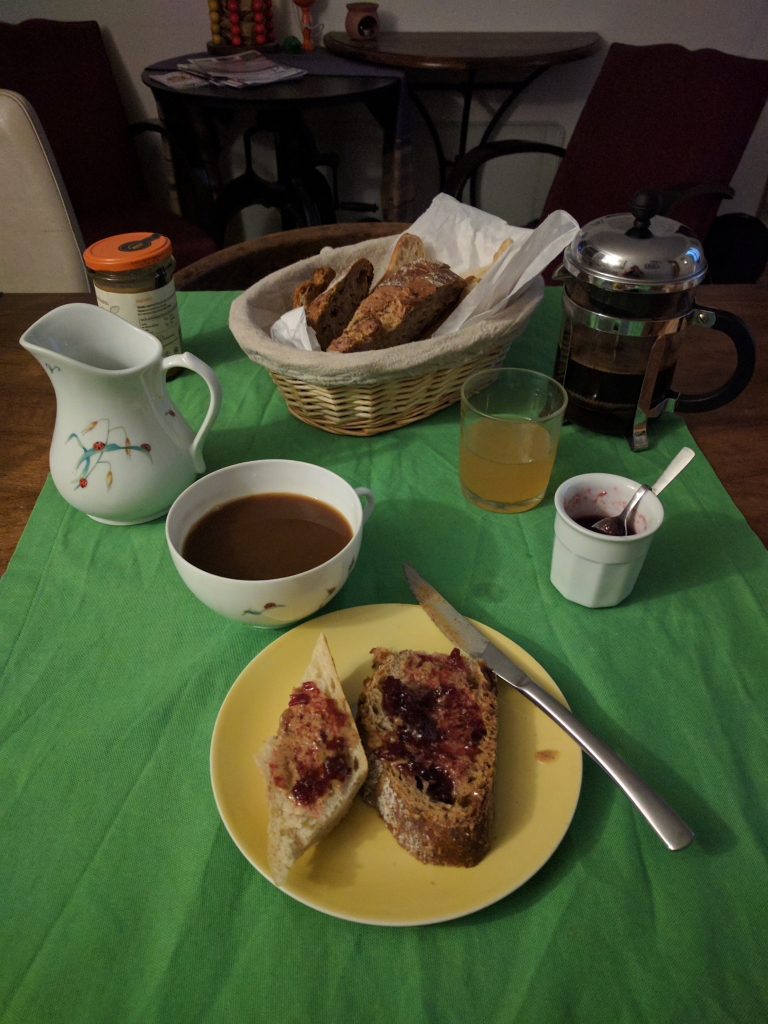 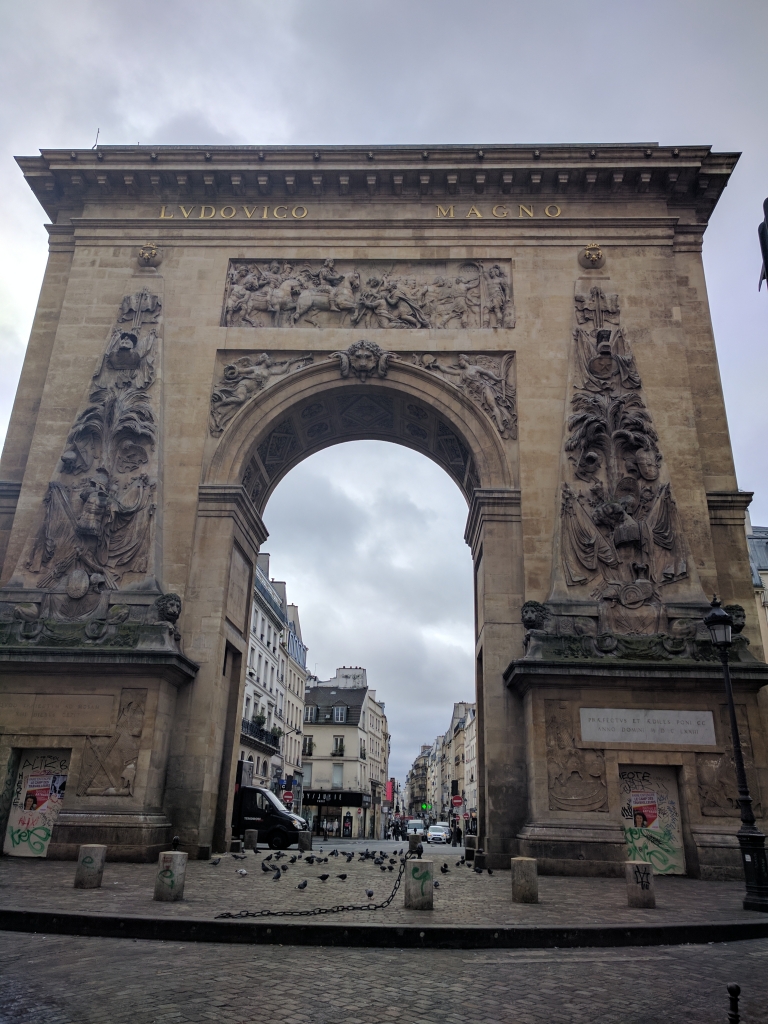 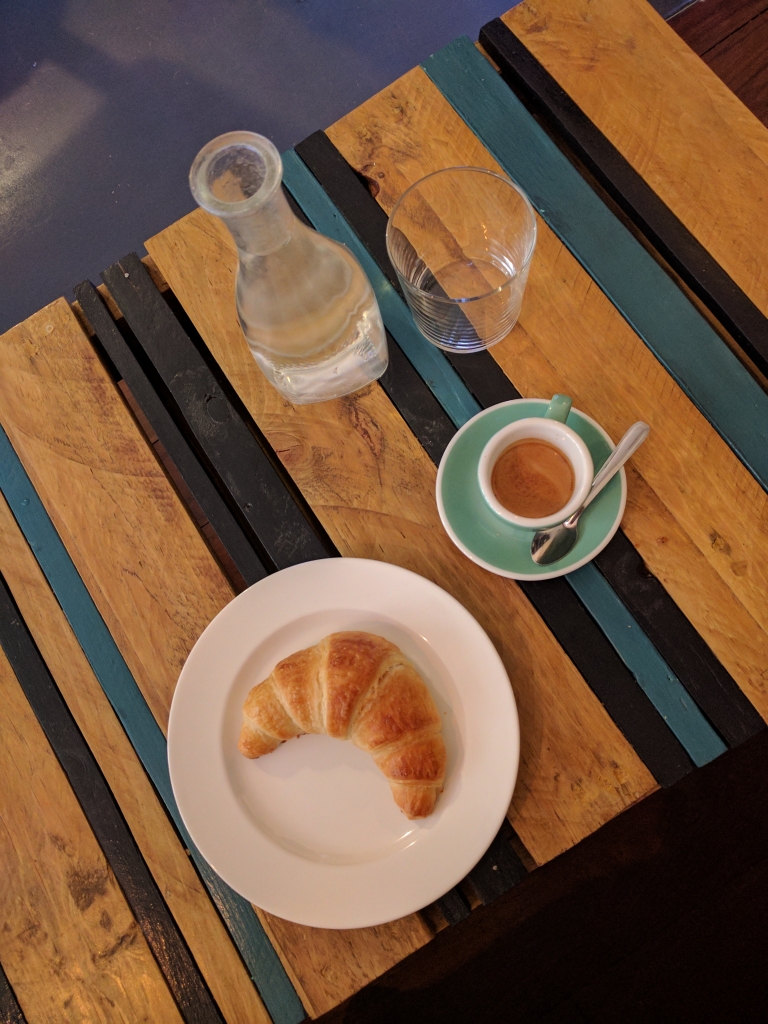 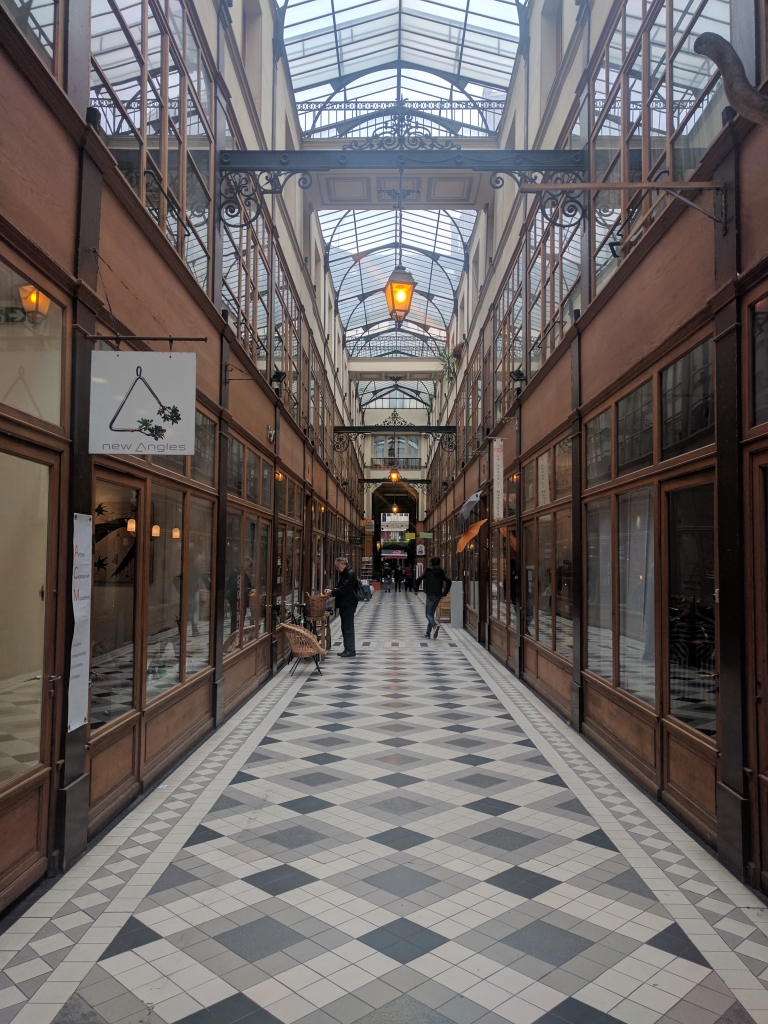 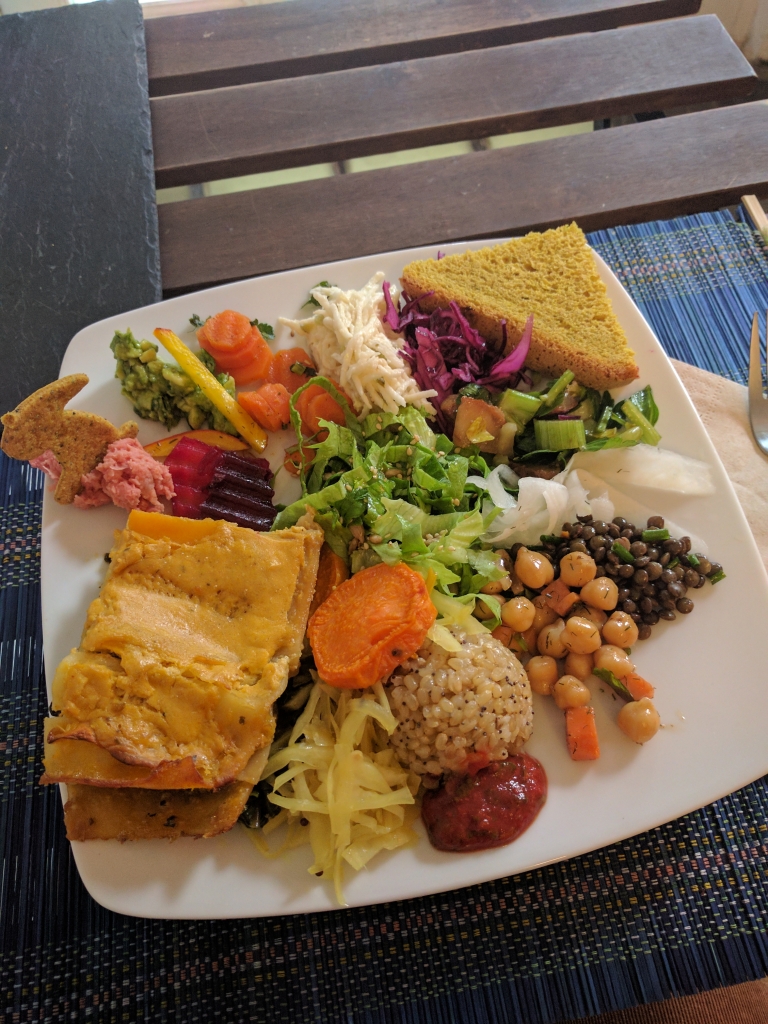 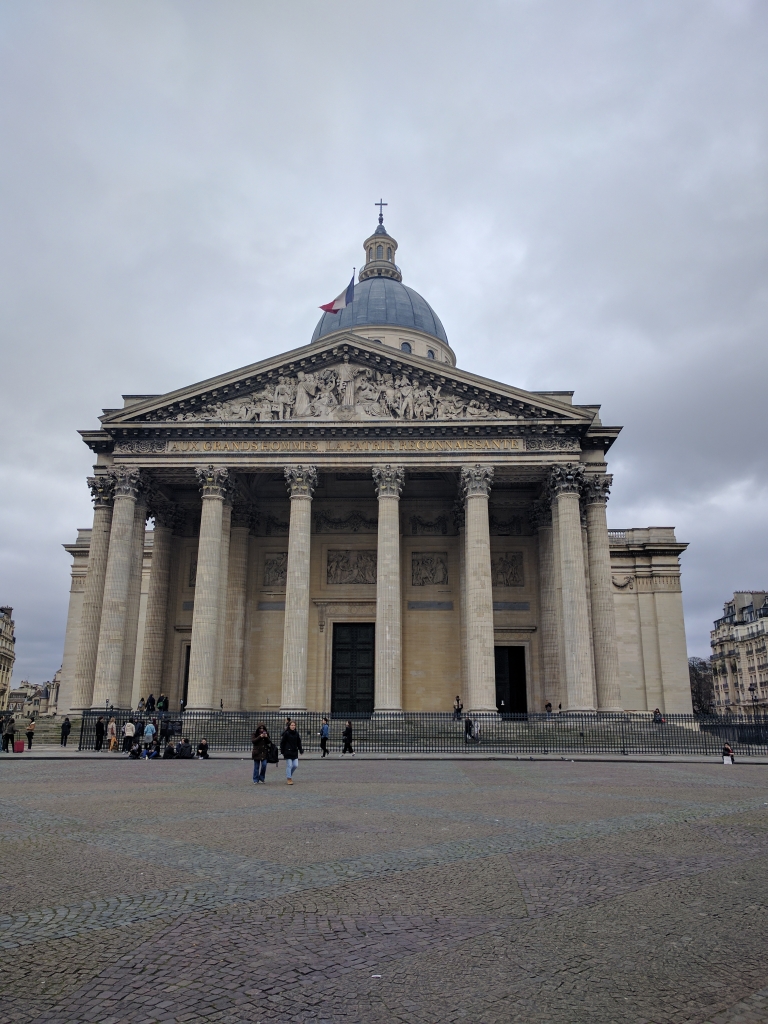 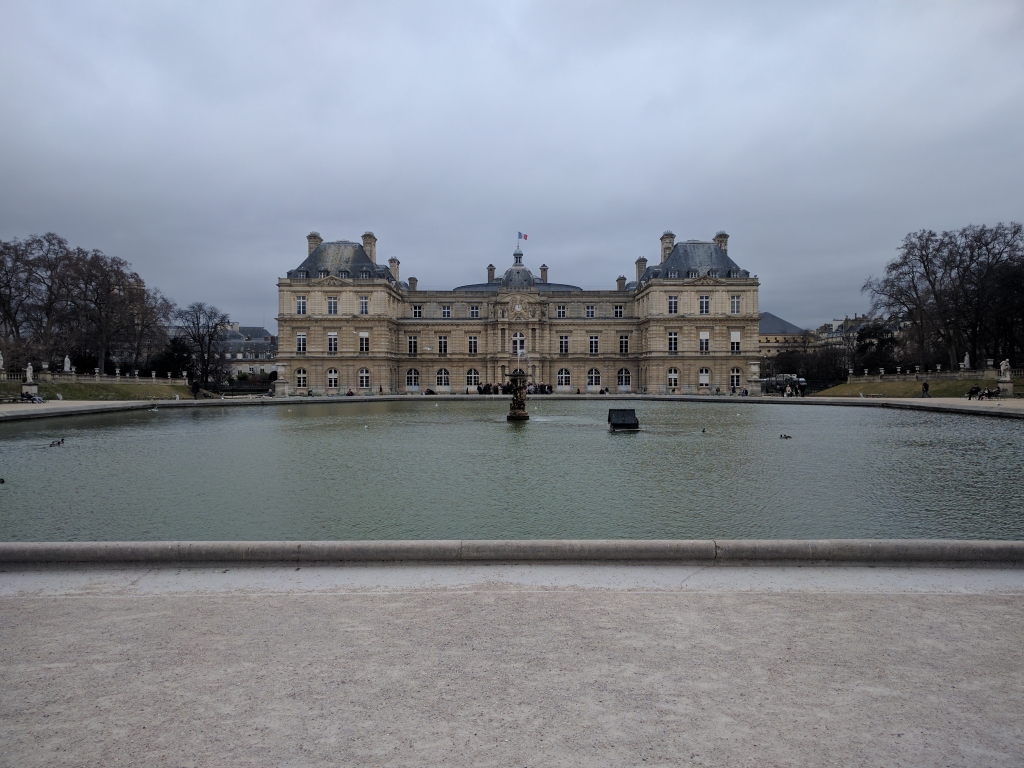 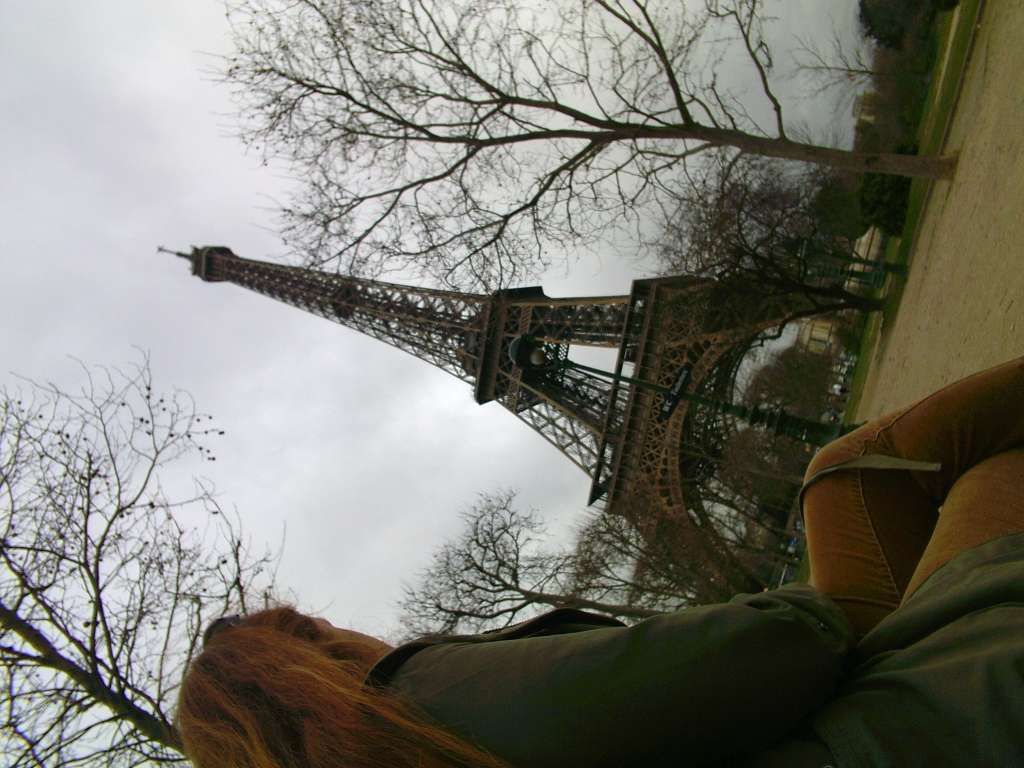 I had decided that I would take my chances at the Louvre on Wednesday evening; it’s open late and I was hoping it would be less crowded.  This meant it also lined up nicely with afternoon tea, which meant I had the morning to fill in and explore.

Seeing as it had been a while since I had been to the Sacre Coeur, I set out to climb to the church and one of the best look out points in Paris.  The day was a bit grey, so the views weren’t the greatest, but it was nice enough 🙂  I even poked by head inside for a quick second, but did not climb right to the top of the church.  Do note that at many of the tourist attractions have people asking to sign a petition… it’s a scam.  Just say no and walk away.

After spending some time taking in the view, I set off to walk by the famous Moulin Rouge.  I didn’t go in, but I did notice that there was a Starbucks right across the street, so I grabbed a coffee and sat for a while.  After a quick recharge, I went back to drop off some bags (I’d done a bit of shopping too) and then it was off to the Shangri-La.

I will note, that I could probably do an entire blog post on just the tea, but I’ll just cover the basics here.  The hotel is impressive, of course, with the delicate decorations and fancy chandeliers.  When I went, they were serving the tea in the lounge as I believe the restaurant was undergoing some renovations.  After choosing a hot beverage from the menu (doesn’t have to be tea), you are presented with a large assortment of treats; 1 plate of sandwiches, 2 scones with cream, a plate of treats and tarts, and a plate of delicious decadence on top.  Needless to say it was worth every euro!  There was a lot of food, so unless you’re starving, it’s likely you could split the 1 order between two people.  In the following 2 hours I managed to enjoy every thing on those plates, and drank my delicious tea.  I will note that I don’t think the chocolates and cookies they first brought out were vegan, so be careful with those.  If you’re looking for something to spoil yourself with, I highly recommend spending the afternoon at the Shangri-La.

After leaving the hotel, I decided to walk along the Seine, taking in the views of the Eiffel Tower as I made my way towards the Louvre.  As luck would have it, I made a new friend along the way, and he took me into the museum and showed me around for free!  So apparently talking to strangers is actually a good thing 🙂

I was still full from the tea, so after bidding my new friend adieu, I skipped dinner, returned home, and spent the evening relaxing and packing. 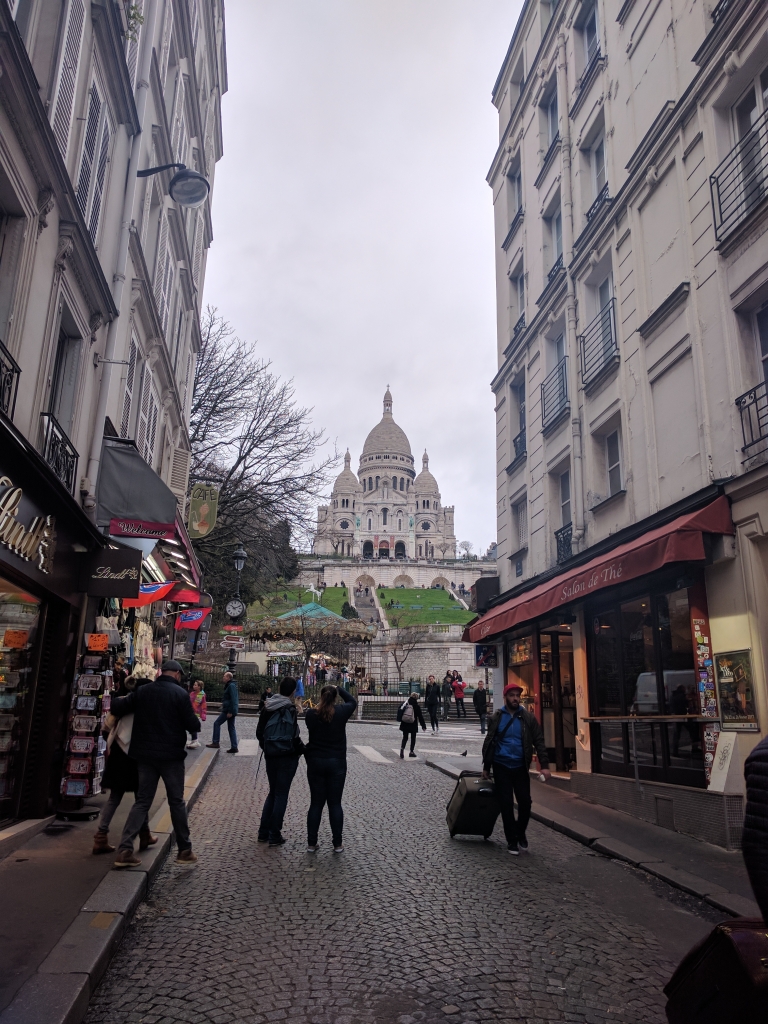 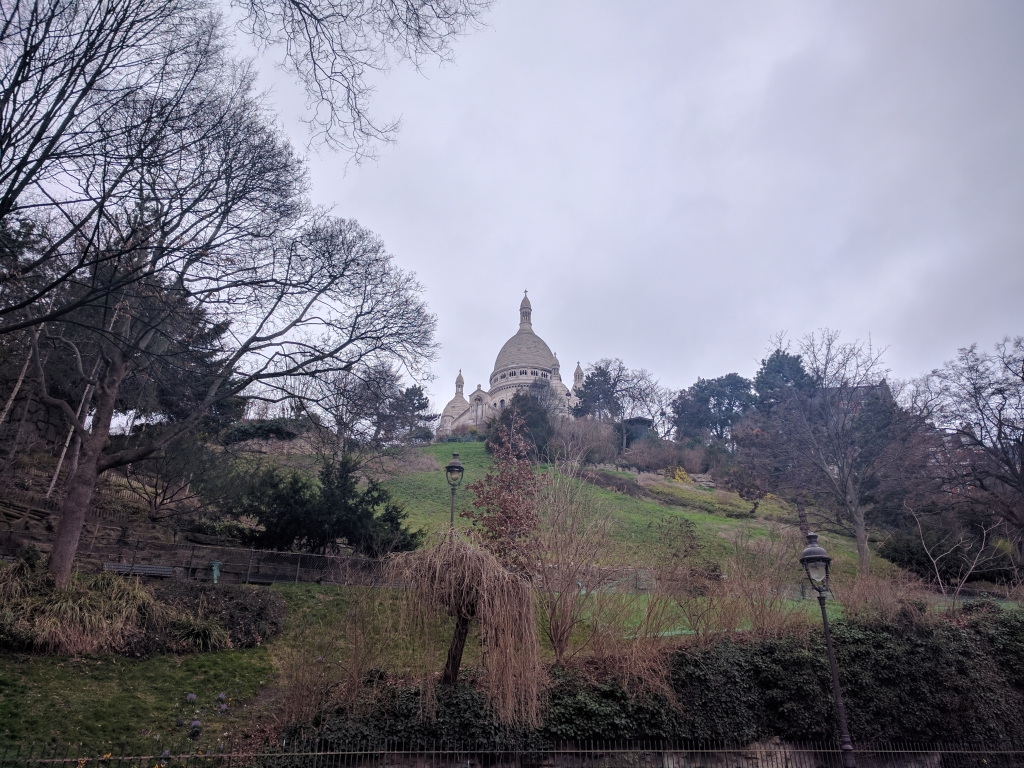 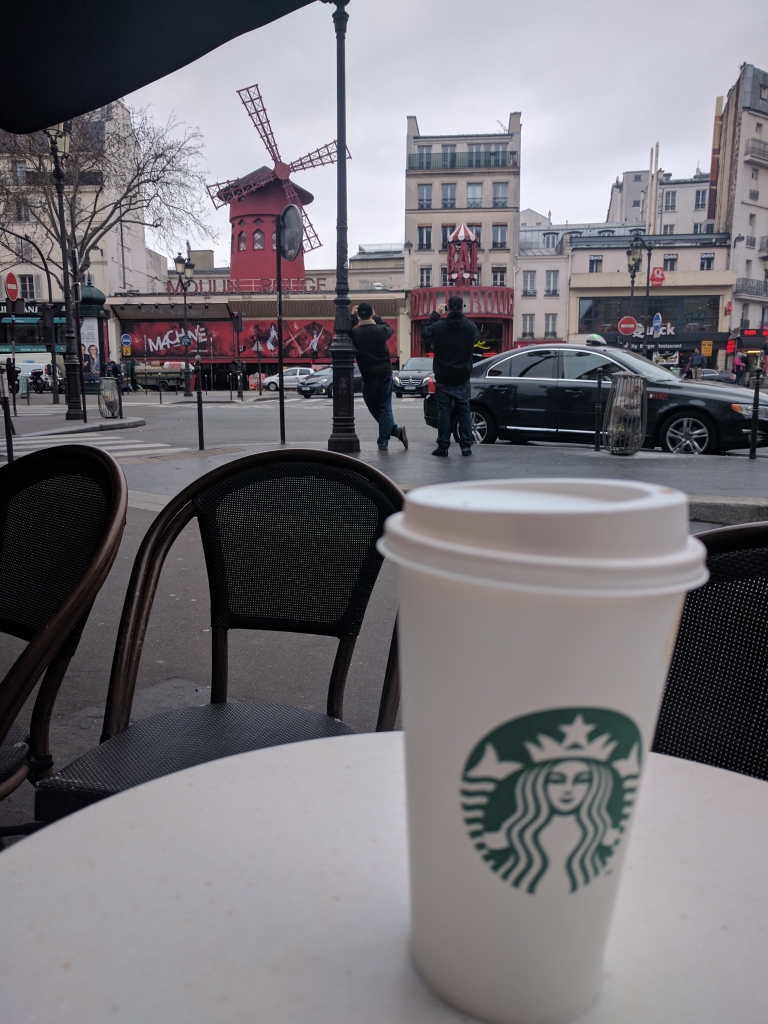 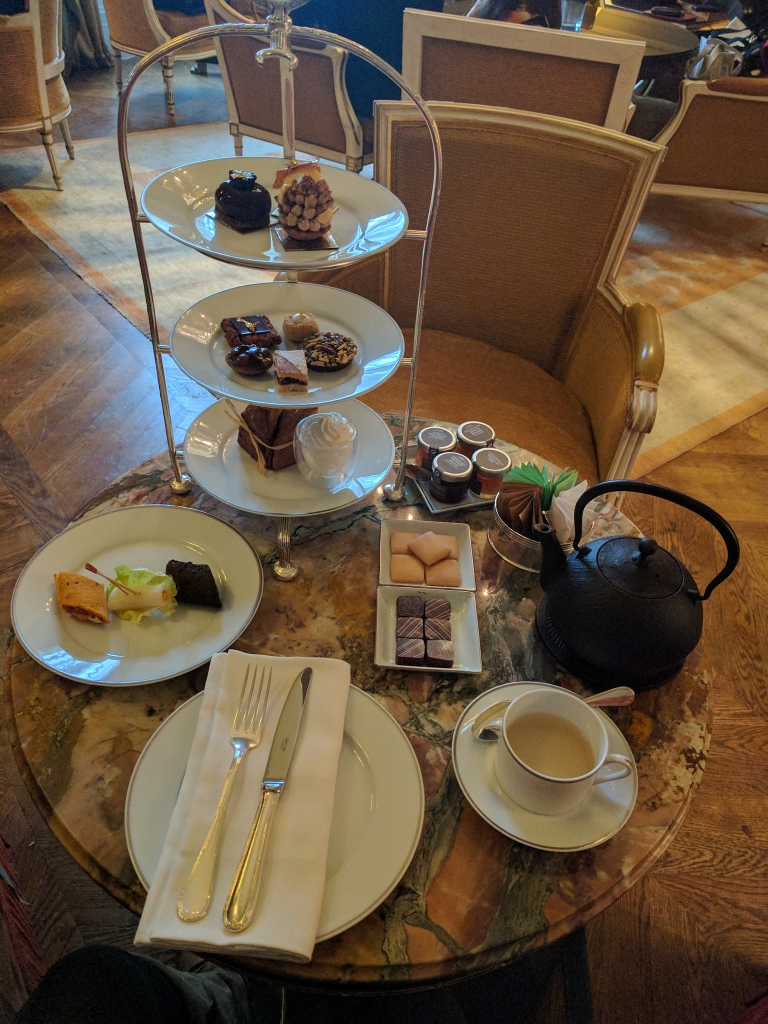 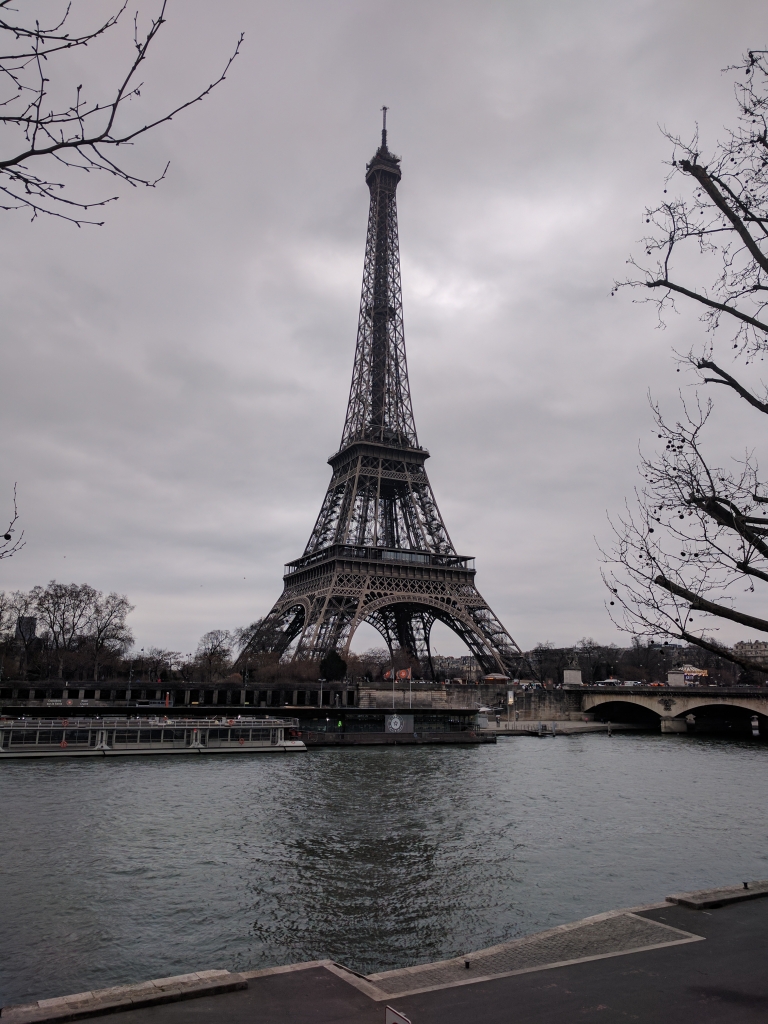 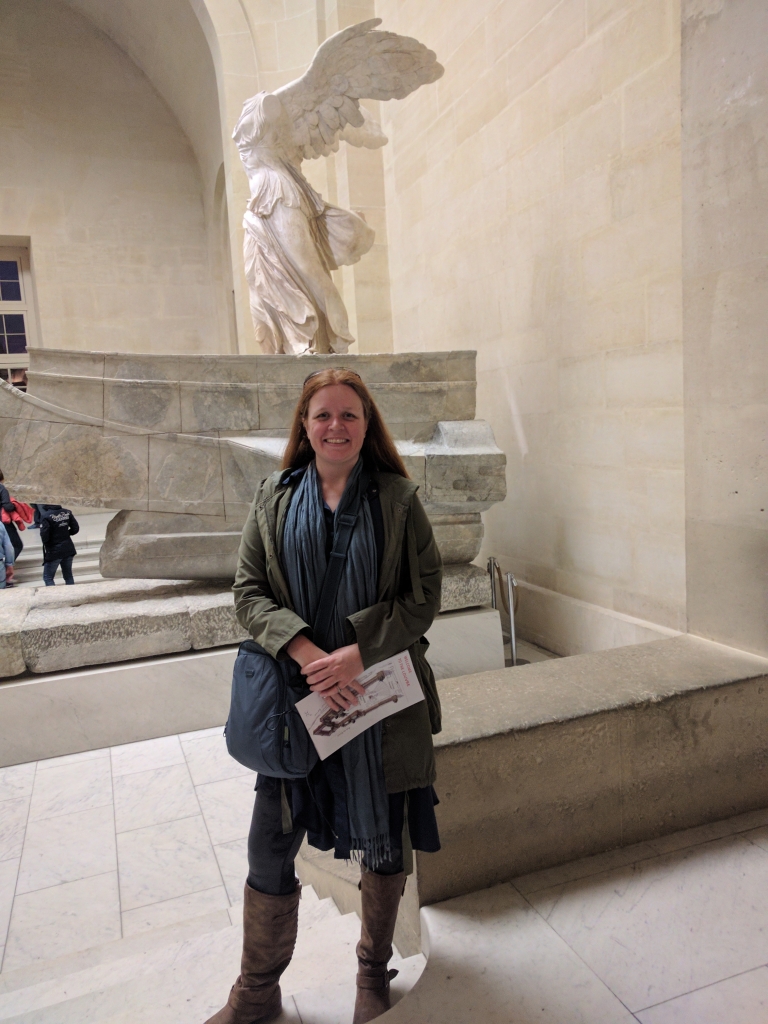 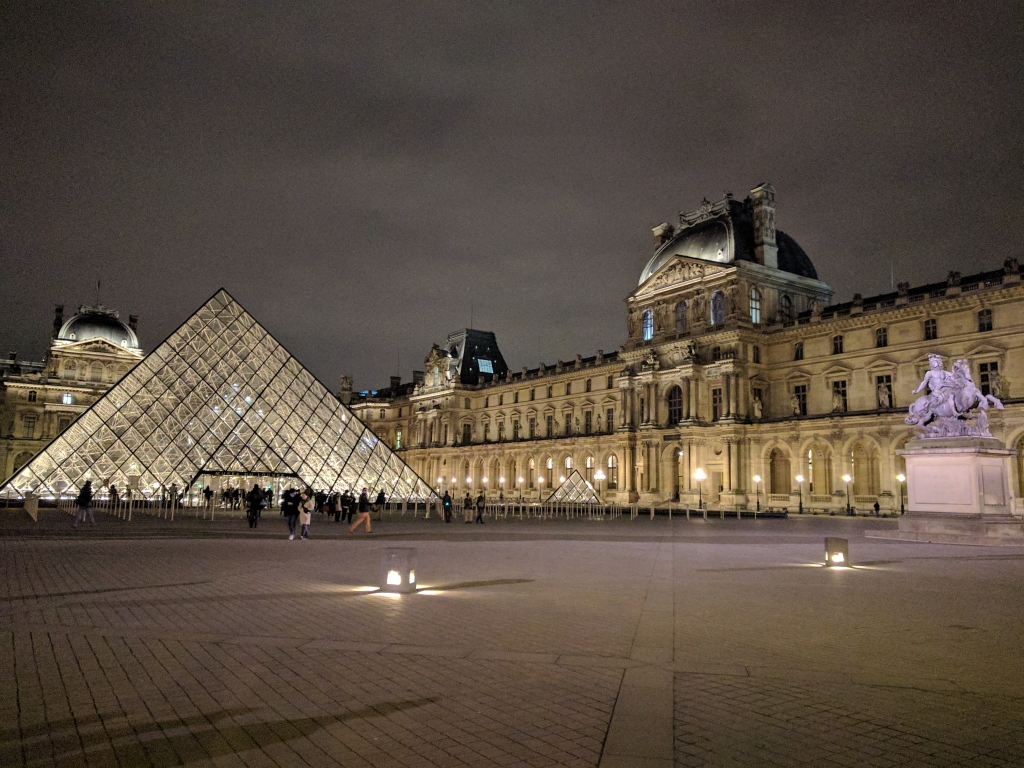 As I was flying out in the afternoon, I only had the morning to see a few more things in Paris.  I took my time getting ready, cleared out of my room, and headed out to enjoy my last few hours in the city.  I walked past the Hotel de Ville and the Notre Dame (dodging some more of the scammers) and ended up all the way down at Vegan Folies for my last meal in Paris.  This is a great little cafe with really good sandwiches.  I also opted for a brownie and a coffee to complete my meal.  Their desserts looked delicious, but didn’t look like they’d survive transport very well.  After making one last stop at a bakery to pick up some baguettes, I collected my bags and headed back to the airport. 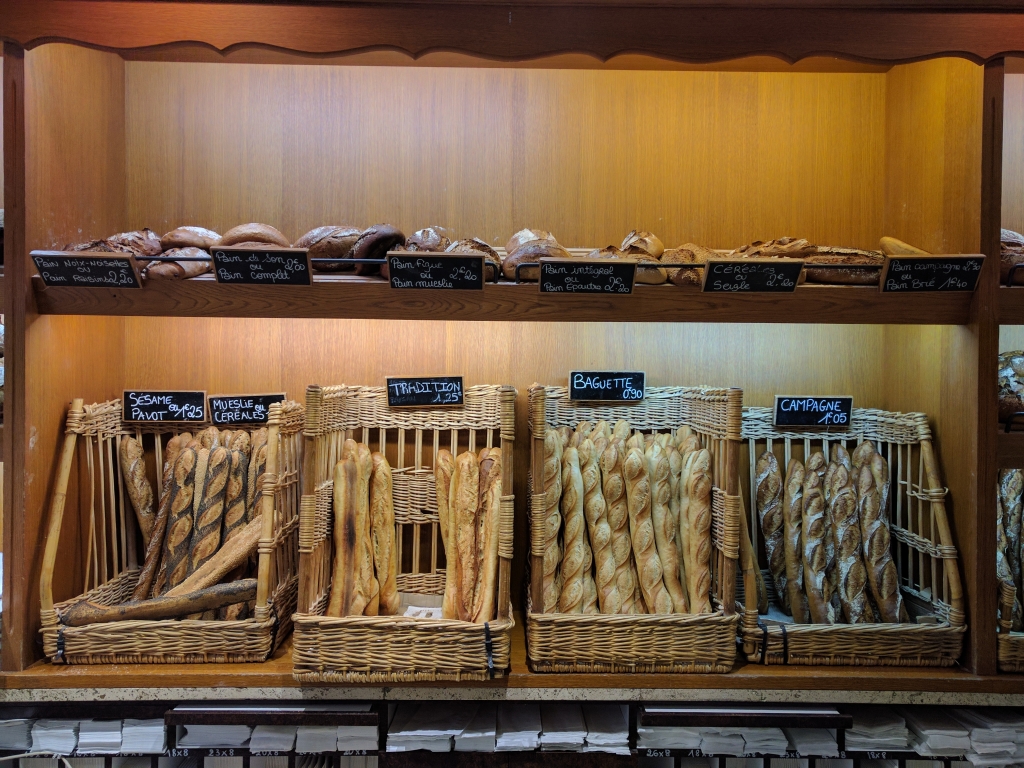 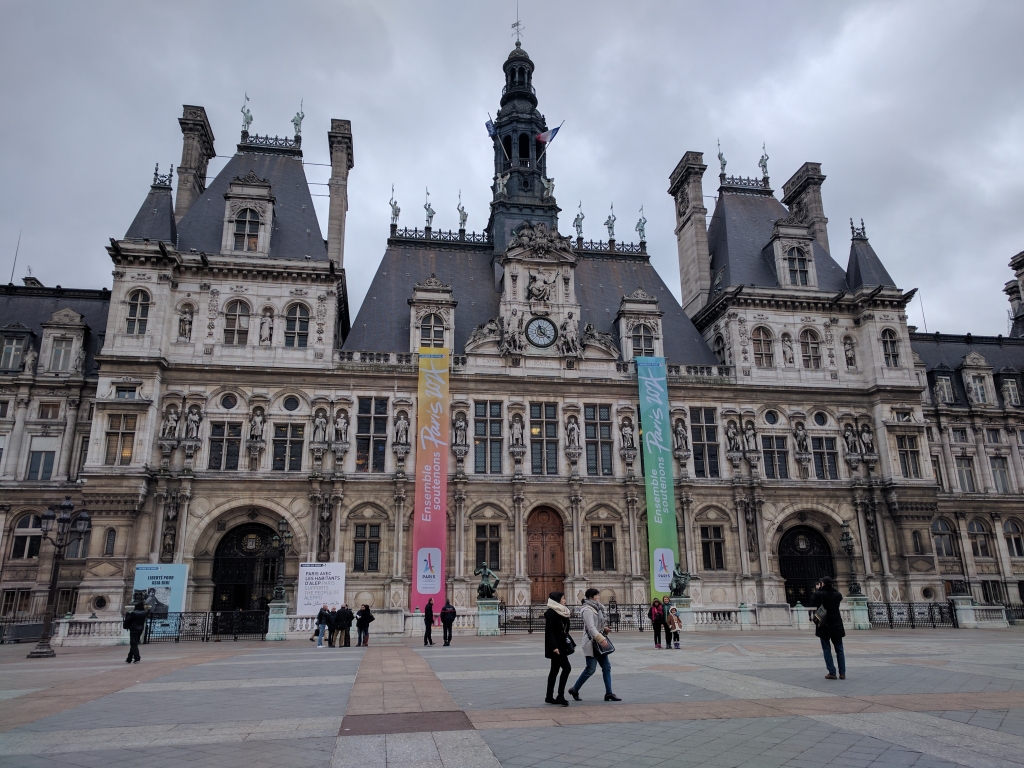 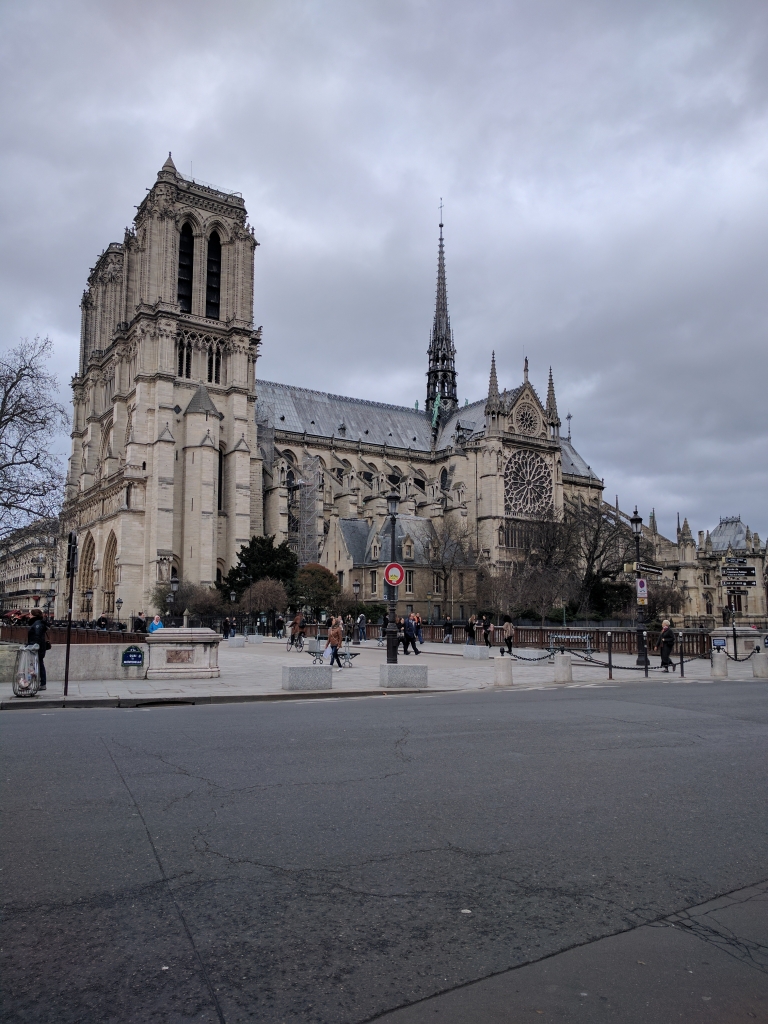 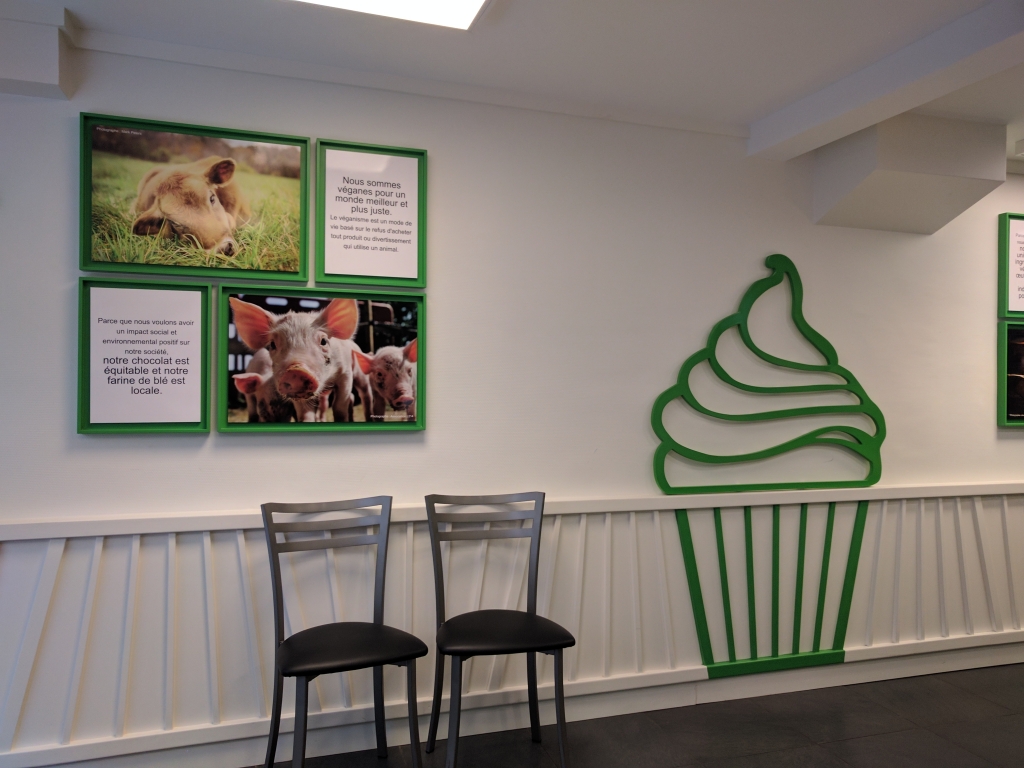 One great thing I noticed in Paris this time was the explosion of vegan options!  Pretty much everywhere had a sign noting that they could accommodate vegans 🙂  Such a welcome change even from a few years ago.  You could easily spend a month in Paris and not run out of options.

Paris was easily the most vegan friendly place I went on this trip, so don’t hesitate to pack up your bags and explore!