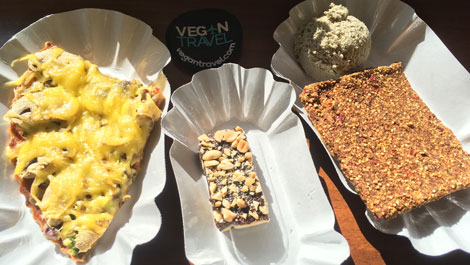 From Skopje my boyfriend and I took a bus to Sofia, Bulgaria, to continue our Balkans tour. We bought the tickets from Skopje bus station for 10euros each one way. We took the 0830 one (the other choices were 0700 and 1600) and arrived at 1400 (Sofia is an hour in front of Skopje). The bus journey was really beautiful, going through the mountains that still had snow on them. The border crossing was easy with the border guard coming onto the bus and taking the passport, and then after 15minutes returning the passport. Also, the bus was quite empty and we could stretch out!

In Sofia we took a free walking tour (https://freesofiatour.com/) and they were amazing! We got to the see the famous Alexander Nevsky Cathedral, St Sofia church, St Sofia statue, parliament and presidency with the guards outside, St George Rotunda (with beautiful frescos inside). If you go inside the presidency to see St George Rotunda you can see the other guards that guard the Bulgarian flag, however, they think they are hidden from the public and you can see them moving around and chatting-and they are meant to be standing absolutely still! It is fun to watch!

The Roman ruins are in the middle of the city, and it is fascinating to walk around see them. There are also some inside the metro station (Serdika) including the old gate. Nearby is the old bath house and the mineral springs, where the locals go and fill up massive bottles of water. The water is warm but really nice, definitely remember your water bottle!  We also saw the Banya Bashi mosque, Sveta Petka and the Largo (from the Soviet times). 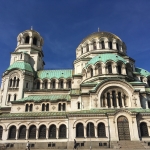 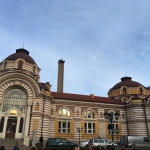 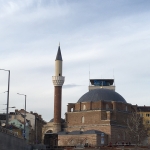 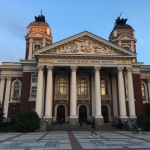 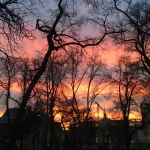 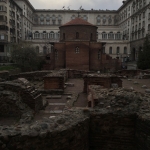 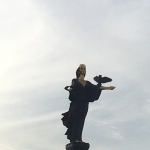 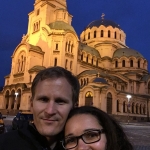 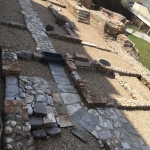 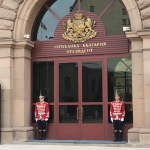 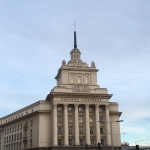 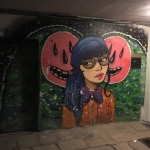 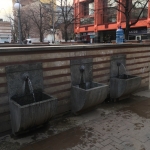 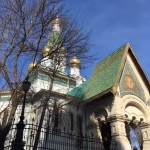 We went to Loving Hut and tried the vegan pizza and lentil crackers with nut cheese, snickers bar, it was really good and cost in total 12euros.

The next place we tried was the Sun and Moon bakery and had the chocolate cookie (1euro), tofu wrap (2euro), vegan hot chocolate and mint tea that unusually had pine nuts in it! The cookie was a little dry, and the staff were confused that being vegan meant I also did not eat honey, so I was not overly impressed but would like to go back and give it another try.

We also tried Dream House, it was hard to find, you have to go inside the shopping centre and take the first door on your left, go up one flight of stairs and there is the door to the restaurant. The food was very basic and cheap but I liked that there was not much added oil. We tried the hummus and vegetables (slightly salty and not many vegetables), vegan sausage, quinoa and peppers, soya vegetables (a little burnt). This in total cost 13euros and was cheap but I probably won’t be back.

The last place we tried was Edgy Veggy and I would definitely recommend this place. We tried the chocolate and the strawberry smoothie bowl (the chocolate was my favourite), burrito, lentil burger, salad, cookies. All of this cost about 10euros, everything was amazing and the staff were extremely friendly. 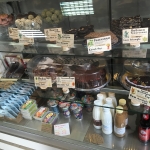 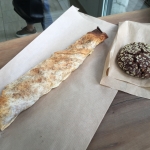 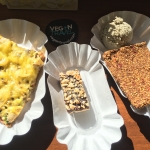 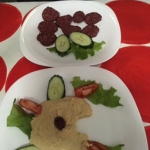 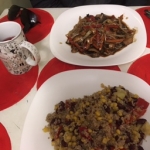 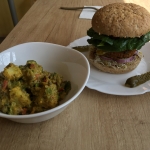 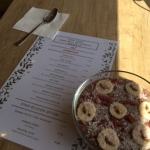 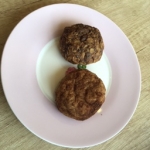 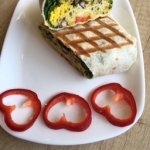 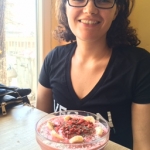