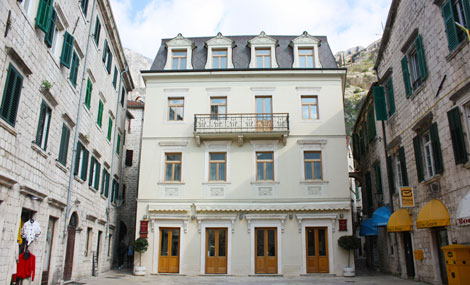 It might be the last place you’d expect to find vegan paradise, but Eastern Europe during Orthodox Lent is a haven for vegans. Thanks to Eastern Orthodox religious traditions, followers are asked to eschew animal products during Lent and other religious holidays throughout the year (though not all follow it). On the banned list: meat, dairy and eggs (although some traditions allow fish and/or honey).

Following a trip to Romania during Lent a few years ago, where I experienced vegan feasts in just about every restaurant, I was itching to get back to Eastern Europe during Lent. I wanted to do a vegan Lent tour, and this year, I finally did one, with my friends Sam of Alternative Travelers and Laura of Vegan vs Travel. We explored Bulgaria, Serbia and Montenegro. 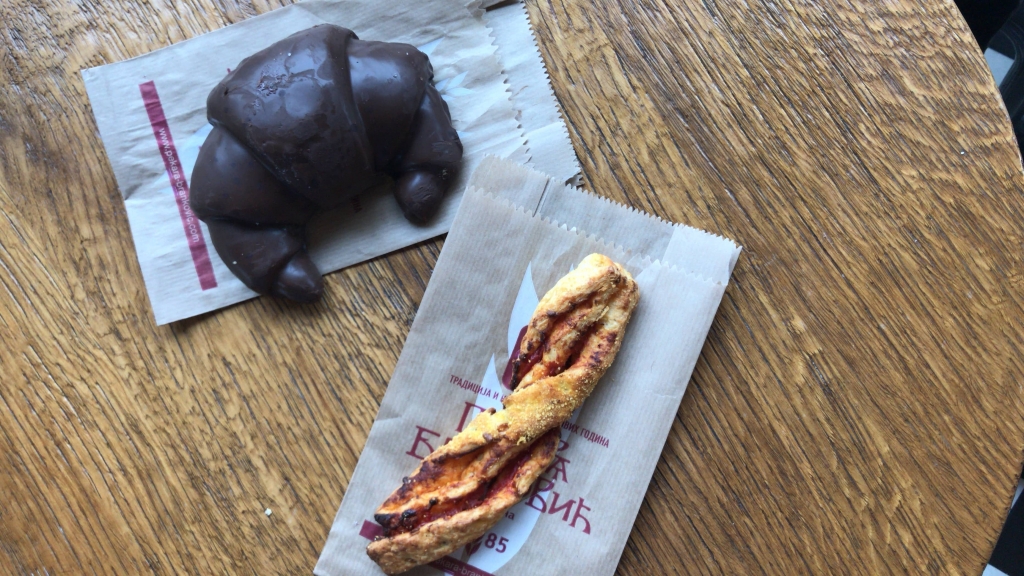 Walking through the streets of Nis, Serbia, it was like experiencing two different worlds. The streets were lined with fast food burger, kebab and other meat-y stalls, but inside the bakeries that dotted every street, an alternate vegan version of this place existed. Looking around, we noticed stickers on dozens of pastries that said ‘posno’, which means ‘fasting food’ (aka Lent or vegan food) in Serbian. We were told ahead of time to look for ‘posno’ stickers, or yellow labels, which you can find on many baked goods, not just during Lent, but throughout the year (thanks to Orthodox traditions requiring fasting on various religious days). What we didn’t expect was just how many we’d find. Most bakeries had not just one or two vegan options, but dozens. And these were incredible pastries, unlike anything I’ve found in London, Barcelona or New York. From incredibly flaky chocolate-covered croissants to a chocolate layer cake and mushroom-stuffed puff pastry, we ate our way around Serbia’s bakeries.

Traditional Serbian restaurants, though they seemed few and far between, also usually have a few ‘posno’ options. As well as grilled veggies and mushrooms, ‘prebanc’ (baked beans) and ajvar (roasted red pepper dip) almost always feature. Ajvar was by far our favourite non-pastry find in the Balkans. This delicious dip is made with roasted red peppers and sometimes roasted aubergine/eggplant. It’s popular throughout the Balkans. 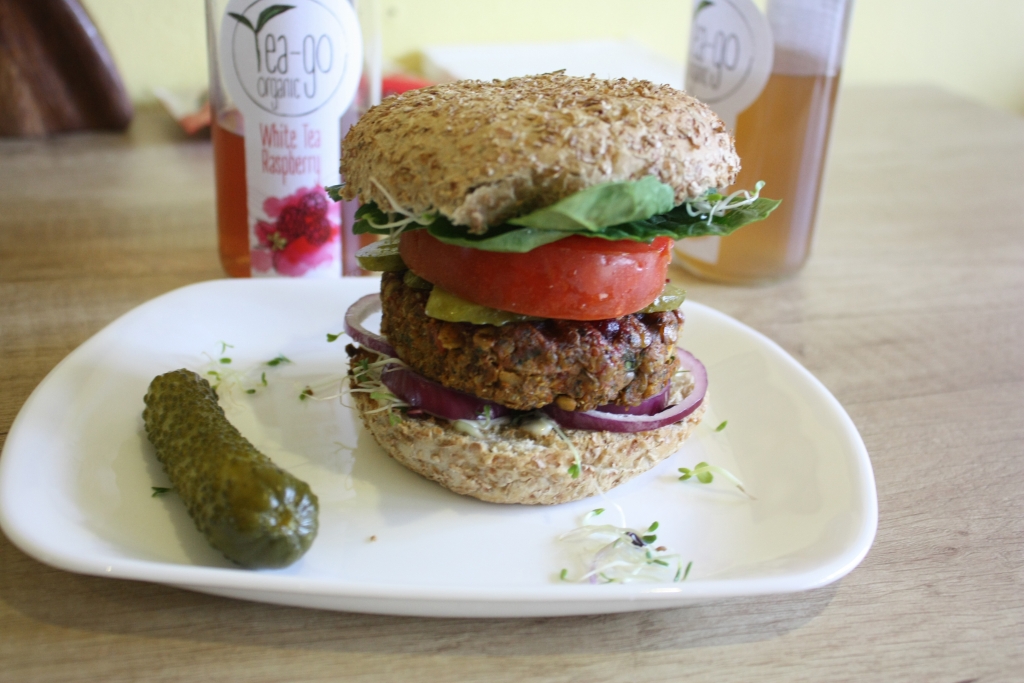 Bulgaria doesn’t follow Lent fasting traditions as widely (or so we heard) but we found a ton of vegan restaurants in Sofia. In fact, there were two on the same block as our guesthouse! I highly recommend the creamy porcini and truffle tagliatelle at Soul Kitchen (one of my favourite dishes from the entire trip!), a banitsa (traditional Bulgarian pastry) at Sun Moon Bakery, the burger at extremely well-priced Edgy Veggy or anything at the relaxing chill-out teahouse Veda Teahouse. 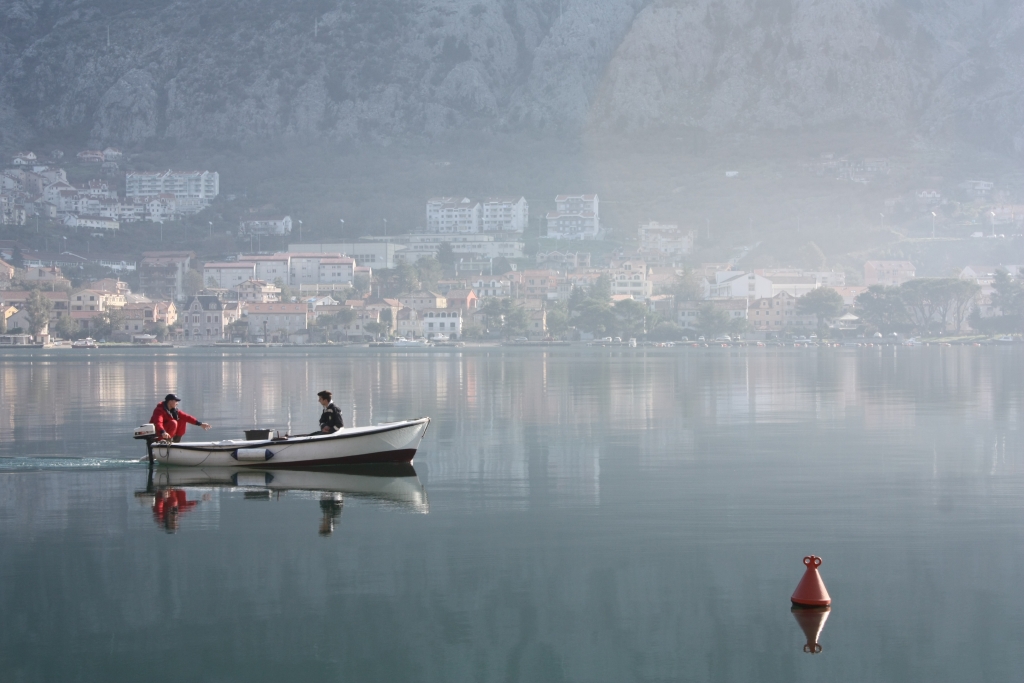 In Montenegro, I spent a week in beautiful Kotor. This fortress town is set in the stunning Bay of Kotor, with a beautiful backdrop of mountains and sea. Since it’s a popular destination, it has an increasing number of vegan options, including several pizzerias such as Dekaderon and Ombra which offer vegan cheese (although one was still closed when I arrived, since I was there during the off-peak season). The bakery near the bus station also has some ‘posno’ pastries including a vegan version of the delicious traditional Kotor cherry strudel!

By the end of our trip, we’d had so many pastries I thought I’d never want another vegan pastry for the rest of the year (of course, that only lasted as long as it took for me to find new vegan croissants in London). If you’re looking to get your fill of pastry, and explore an interesting and under-visited region of the world (Serbia, for example, only gets around two million tourists per year, with half of those coming from surrounding countries) while finding vegan food with ease, then I recommend visiting during Lent.

I’ve put together a guide to vegan food in Eastern Europe during Lent on my site here.