Where to Find Vegan Food in Tallinn, Estonia 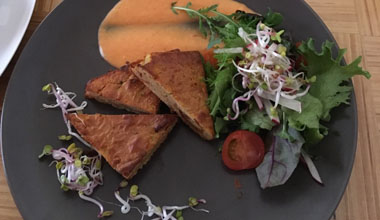 Tallinn was surprisingly easy to be a vegan. They do not seem to understand the word vegan, but if you describe what you do not eat then there are normally a few vegan options, and a few places that specify vegan options. I have read that the reason for this is because the gluten and dairy allergies have escalated in Tallinn and I saw many restaurants that advertised on their menus the food allergies.

I met a lady in a chocolate shop who was confused by my vegan choices, and asked what would happen if a bug fell in my food and would I eat it?!

Platz had some vegan options, we got a portobello mushroom burger with grilled vegetables and courgette spaghetti- it was amazing! Then I had buckwheat pancakes (minus the honey) with berry sorbet, the pancakes I did not enjoy but the berry sorbet was really good!

Another nice surprise, Rukis, that had a vegan falafel balls with pearl barley, and rye bread- really tasty!

We also tried a vegan hot chocolate made with soya milk at Pierre Chocolatier– unfortunately none of their cakes or chocolates were vegan.

We tried Must Puudel and the service was a little slow. We tried the vegan lentil burgers which I did not enjoy, but the chickpea pies were really good, if a little dry.

We went to a great chocolate truffle shop which is fully vegan, and brought too many! We tried the peppermint, chocolate, orange and cinnamon, dried fruit and nuts, lemon and strawberry ones. My favourite hands down is the strawberry one- I think we ate it in 2 seconds, and I am still dreaming about this one! As you can see from the photo below, the chocolate was so amazing that we could not even wait 2 seconds to take a photo before we shuffled them in our mouths! The family who own the shop are half vegan and half vegetarian, and the man who served us was very friendly and let us try nearly every single flavour! They also had one with garlic and onion and it did indeed taste like pepperoni!

Another nice chocolate shop was Chocolala and the person who owns it lives in Scotland! They have cool chocolate designs in there of crocodiles, stools, shoes, Tallinn map! We got a strawberry berry dark chocolate slab (really tasty), and we were meant to get a vegan chocolate and hazelnuts, but she gave us the wrong one and we had caramel one (not vegan so not sure how it tasted but my boyfriend said it was good)!

Tallinn city centre was surprisingly beautiful, and you can spend many hours wandering around the city and taking in the sights. 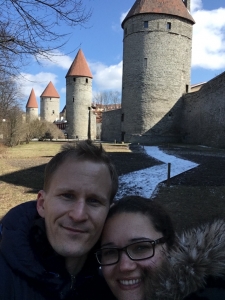 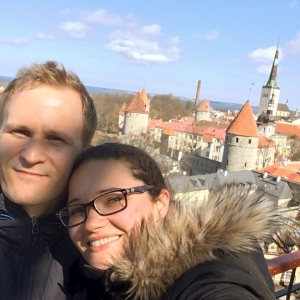 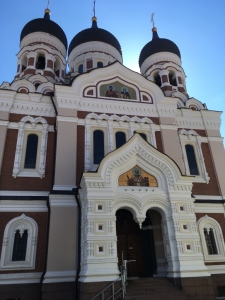 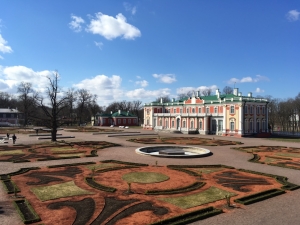 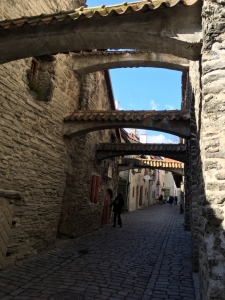 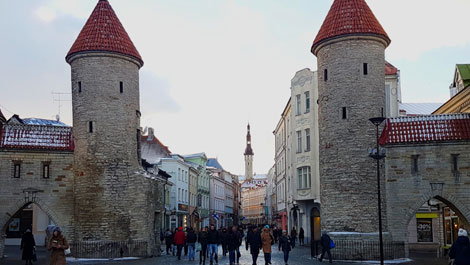 Vegan Eats and Treats in Tallinn

Vegan Eats and Treats in Tallinn

On first thoughts Estonia didn’t strike us as veggie friendly, let alone vegan friendly. Oh how we were very very wrong. Across the four days we spent in Tallinn, we ate at various vegan restaurants for breakfast, lunch and dinner. Here’s […]