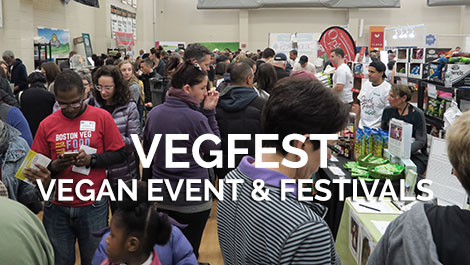 The first thing we learnt about Boston is that the temperature is not to be trusted. We walked out of the train station to what we thought was a warm day, only to find ourselves shivering in a pavilion in the Boston Commons, waiting desperately for our evening plans to come quickly so that we could be in the warmth of a restaurant – they should call it Froston, hawhaw! Before long and with a small portion of downtown explored, we met with some friends who drove in from outside of the city to meet with us, and went to eat at My Thai Vegan Cafe.  Our woes of being cold were soon forgotten as we were warmed by the comfortable atmosphere of this delightful restaurant. The menu here is huge! It is not very often I am looking at pages upon pages of items suitable for me to eat, each sounding more exciting than the last. In the end I went for the very intriguing Bird’s Nest, followed by the largest slice of chocolate cake I’ve ever seen served in a restaurant. Much like our previous temperature anguish, the pangs of hunger were very quickly replaced with the tummyaches of overindulgence. I absolutely recommend this place, just be prepared to feel like you are about to burst before you leave the door. And this is coming from a renowned and accomplished glutton. 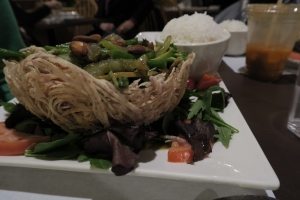 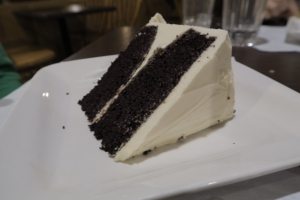 After this we hung out for a while longer, and then it was off to our accommodation. We were Couchsurfing for three days. This was, without question, my favourite part of the Boston trip. For as much as we did a lot of fun things and went to a lot of really nice places, it was here where we were welcomed completely into the community of a wonderful home. Our perks included, but were not limited to, several suggestions for vegan places in the area; a walking tour, concluding with a trip to Grasshopper; and a couple of servings of homemade hummus from the hands of one of our generous hosts. I really appreciate the time I spent here and I made friends with whom I will definitely keep in touch – if there is one thing I wish to take away from this trip, that is it.

So, the day was approaching when we had to go catch our bus to Portland, Maine. But we’d been bitten by a Boston bug. We felt Boston still had a lot to offer and that it would be in our best interest to stay and explore for a bit longer. We deliberated on this for a while, weighing up the fact that there would be a VegFest in a few days against the event we had planned for Portland. We eventually found out that one of our Couchsurfing hosts was playing at an important fundraising gig on Saturday, and so our desire to go along and support that, and to be around our new friends for a while longer sealed the deal and we decided to stay in Boston. We sorted our accommodation for the next few days and found out how expensive non-couchsurfing accommodation is in Boston – they should have called it Coston, hawhawhaw alright that’s the last one. And then we made the very important and very easy decision: we have to go back to Veggie Galaxy.

Now, this is where it gets real. Veggie Galaxy is our new favourite place to eat in Boston. We self-imposed a rule that we would only go to any establishment we discover once, so that we can get as diverse an experience as possible of what each place has to offer. Not only did we break that rule for Veggie Galaxy, but I completely embarrassed the rule by shamelessly ordering exactly what I did on our first trip. The venue is kind of a traditional American diner. So the aesthetic and food are going to be very familiar and comfortable, particularly if you grew up in the US. I’d only ever been to Scottish recreations of this kind of place, so it was pretty cool to do the real thing. I am particularly enthusiastic about burgers, so I got quite excited at the build-your-own-burger section of the menu. I built quite a sizeable burger, and I was so happy with my decision. Immediately after it was over I wanted another (not that the portions are small, I am a renowned glutton remember). But we decided to go for dessert, and for both of us to try a Boston Cream Pie for the first time. Oh. My. So, unlike a veggie burger, I am not very enthusiastic about dessert. I would almost always have twice as much savoury instead of following it up with a sweet. But I genuinely think this might be the best piece of cake I’ve ever had. It completely hit home for me and completed a perfect meal. Twice. The only downside to Veggie Galaxy is that there are some non-vegan vegetarian items on the menu, but things are pretty well indicated and the staff are very helpful. Seriously, don’t miss out if you’re in Boston. 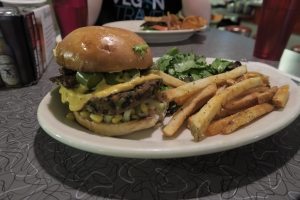 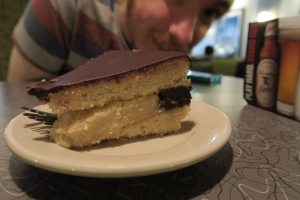 Our next big event was the VegFest on Saturday. We got off the train and saw a very large group of people heading in the same direction, some of them wearing all manner of vegan power t-shirts.
“Woah, this is going to be so busy!” And busy it was! The giant room was completely packed with people and exhibitors. It was overwhelming at first. We had to do a once-round before we started genuinely looking at things or discussing VeganTravel. At least that was the plan. We didn’t consider that some things would be too appealing for us to pass on a once-round or that people would come up to ask what Vegan Travel was, having read it on Ellie’s shirt. And people did. O’ so many people did.

We spent hours in VegFest and we only made it fully around the room three times. There was so much to see, and every single exhibitor was happy to talk about what they do. Everyone was so happy to be in a space where everyone was at least vegan conscious. So many things were being catered to: food, cosmetics, clothing, sanctuaries. There was a campaign against battery farming, in which one was invited to step into a cage which would be closed to the point of restriction a pig is kept in. It was very effective in evoking empathy.

We had the best mint choc chip ice-cream from Scoop Sights, we had New York hotdogs from Yeah Dawg!!!, we met Kristin Lajeunesse we had more ice-cream from FoMu. We had a great day. I couldn’t possibly write about everything that was there without creating a gigantic cluster. We will be putting together a video of our time there, but for the time being here are a bunch of pictures. 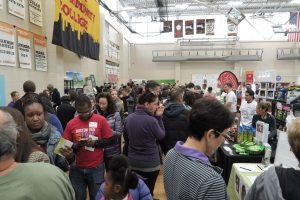 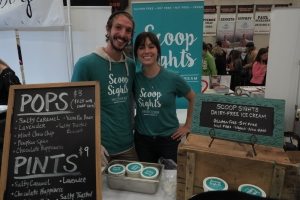 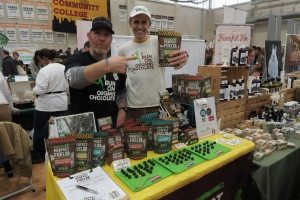 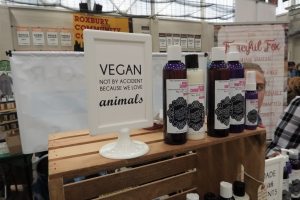 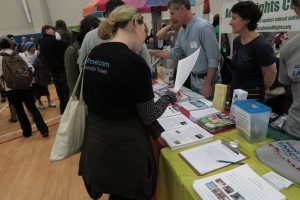 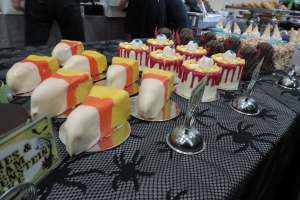 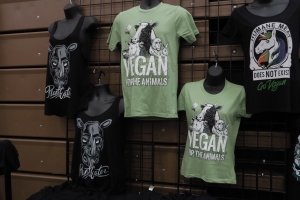 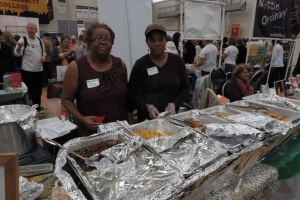 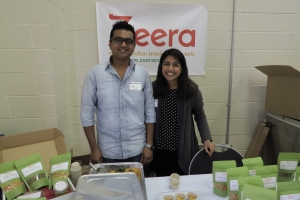 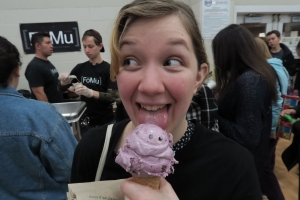 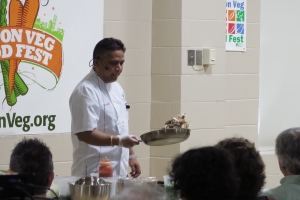 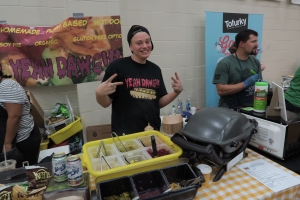 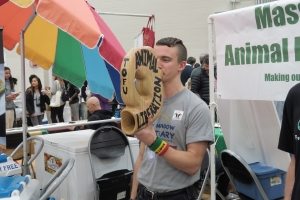 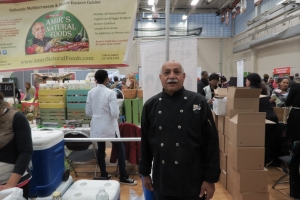 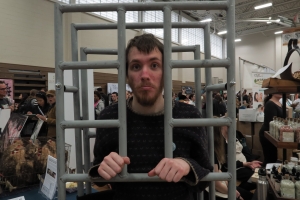 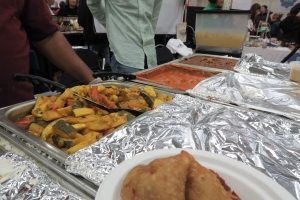 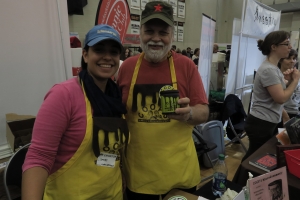 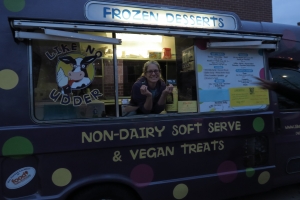 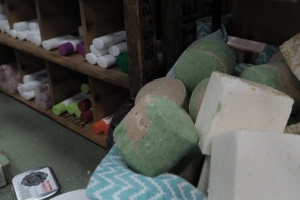 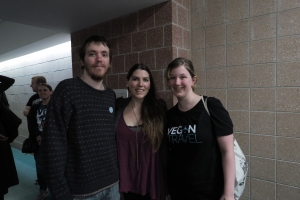 After VegFest it was off back onto the train to go to the gig we stayed for, and to ponder on how accustomed to the Boston underground we’d become by now. Coming off of the station we came upon a busker who was dressed like a giant teddy-bear, deftly playing a keytar in a thick pair of mittens. Boston always seems ready to offer up something new and interesting just as you think you have the hang of it. We went to the show, had a lovely time, and made it to the last shuttle back to our hostel. All in all a good day.

I believe I’m going to miss Boston quite a bit. US cities seem very strange to me. I’ve found that I feel like they aren’t real places. That I’m actually walking around in a movie set. I think in the past  week I have managed to push slightly beyond the artificial, and see a bit of what Boston really has to offer.

They should have called it Beston.