Vegan Travel Blogger Kristin (@vegannomad) gives viewers an inside look at the vegan food options, things to see and do in Istanbul, Turkey!

Kristin starts off her tour by sharing some of the traditional Turkish meals and snacks she came to love while visiting Istanbul. She notes the tapas style savory breakfasts that can be easily veganized with only a few omissions, as well as Cig Kofte, a dish that was previously made of raw meat, but has since been altered for public health to a vegetable-based mixture of walnuts, bulgar, and spices. A friend of Kristin also introduces the audience to a traditional Turkish food called sujuk that is made of walnuts wrapped in grape paste (careful when ordering, though, as “sujuk” also means “sausage”).

In this section, Kristin explains that finding flavorful, delicious vegan food in Istanbul is easy because the Mediterranean influence on the food means that a majority of dishes are already unintentionally vegan, or can be made vegan with little substitutions. She shows us another tapas style meal at Kiva Han, where she and her friends ordered many small plates of things like olive salads, stuffed artichokes, lentils stewed with onions and tomato, and so on. All delicious, and all vegan. Kristin also explains that most traditional Turkish Delights are vegan, but check those ingredients to make sure.

Kristin shows us some of the great vegan and vegan friendly restaurants she visited while in Istanbul. She first highlights Betty Blue. After the restaurant they intended to visit was closed for renovations, she and her friends had a lovely meal and conversation with the cafe’s owner who invited them in and was excited to make vegan food for the group.

Next, Kristin shares with us a day she spent with a local vegan named Maria who showed her around some of the best spots. Mahatma Cafe and Cafe MU are briefly mentioned before Kristin moves on to her favorite stop for vegan food, Bi Nevi, where she samples sun-dried tomato cashew vegan cheese, a bowl, a tasty burger, and some of their desserts.

Vegan Dukkan is next, which is the only all vegan store in Istanbul, carrying a variety of books, home supplies, self-care products, and hard to find vegan foods.

The last stop was Zencefil, where Kristin and Maria sampled yet another Mediterranean style meal with eggplant, zucchini, lentils, and bread.

Here, Kristin shows us some of the non-food things to enjoy in Istanbul. First up is a ferry ride across the Bosphorus, which separates the Asian and European continents. She and her friends sample roasted hazelnuts and fresh pressed juices on Istiklal Avenue. Other suggestions for first-time visitors are the Historic Peninsula, including Topkapi Palace, Blue Mosque, Hagia Sophia, Basilica Cistern, Spice Bazaar, and Grand Bazaar.

Kristin notes the large stray cat and dog populations that visitors are likely to notice upon arriving in Istanbul. She explains that the local government has facilities in place to care for these animals.

In this final section, Kristin makes sure to note both tea and Turkish coffee prevalent in Istanbul, and urges her viewers to sample them upon visiting. She also notes the tradition of having your fortune told from the grinds left at the bottom of a cup of coffee.

Additional vegan travel videos from Istanbul and other destinations in Turkey:

Vegan travel blogs from Istanbul and other destinations in Turkey: 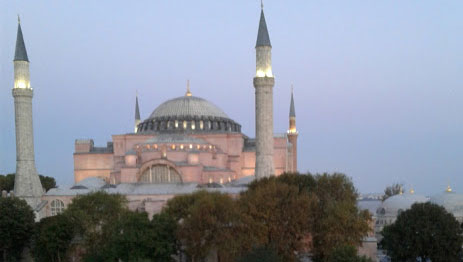 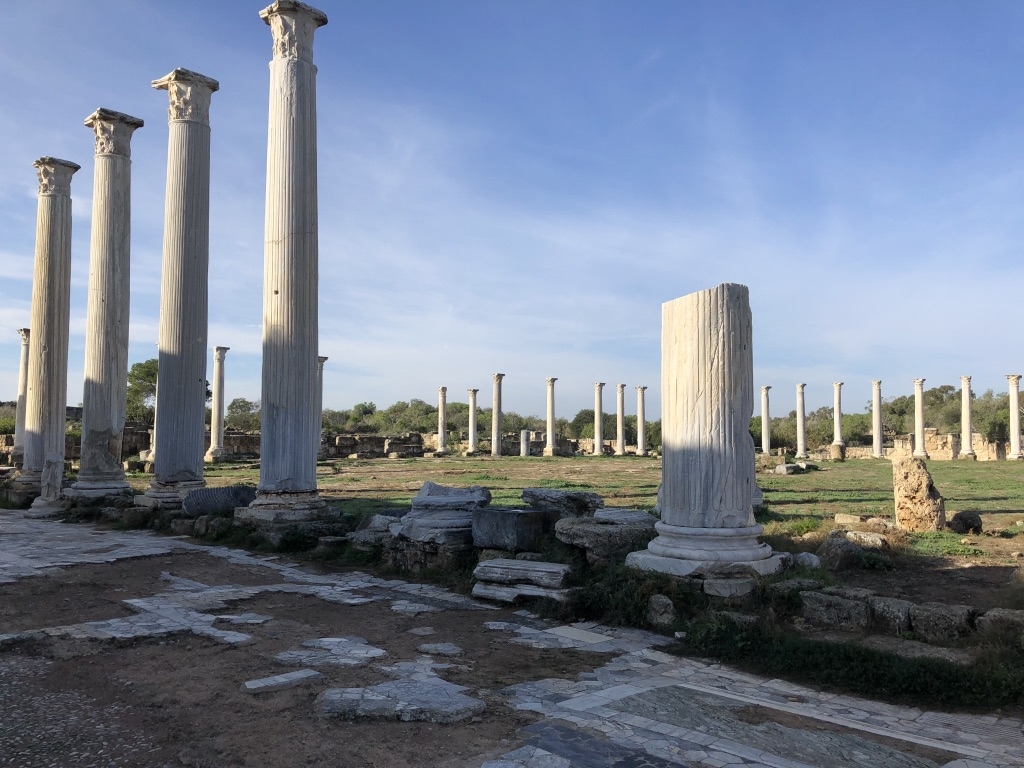 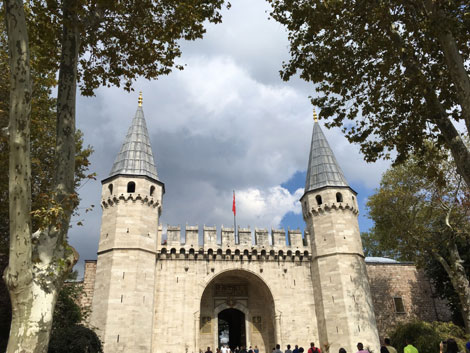 We found eating in Istanbul slightly harder than we first thought, especially because we had a short time in Istanbul and centered ourselves in the old city, while most of the vegan restaurants are in the new town. If you […] 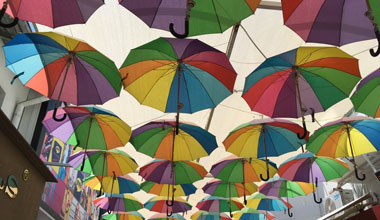 I have just spent a week in an all-inclusive resort in Fethiye, Turkey at TUI Sensatori Resort Fethiye. The weather was pure sunshine, with no clouds in the sky and +30C! There were also turtle eggs on the beach (protected in […] 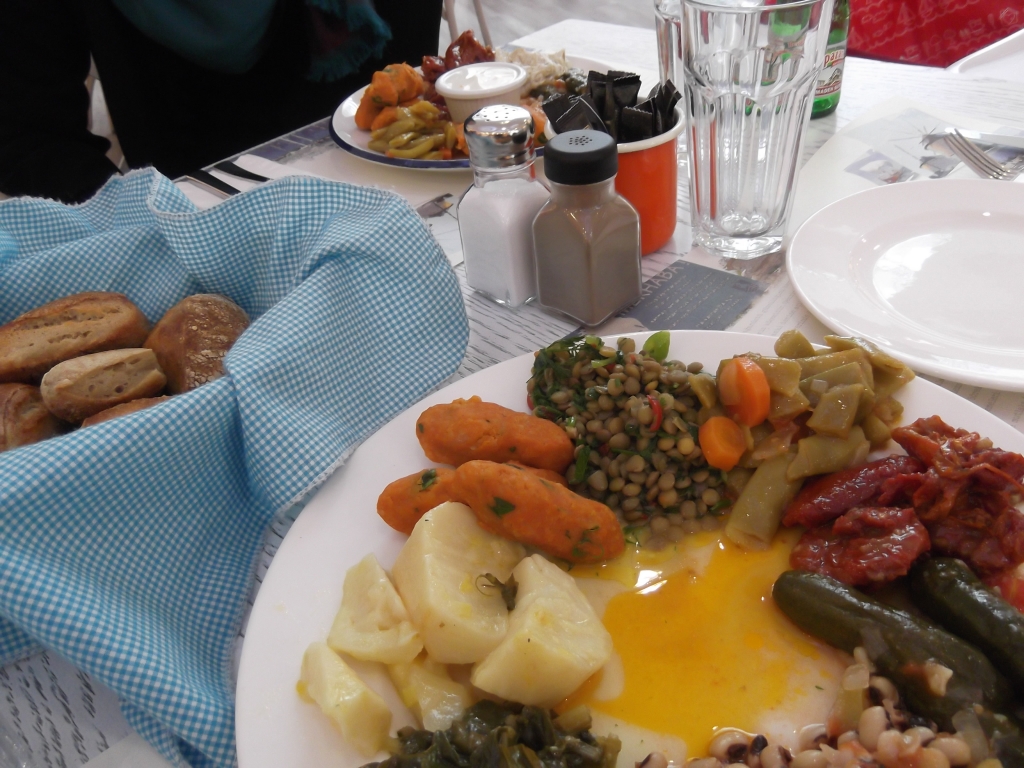 Once upon a time, there was a place called Veganka. It was a colorful, lively place where veggie burgers were served and friends were made. Being one of the few places where veganism was understood and honored from soup to […] 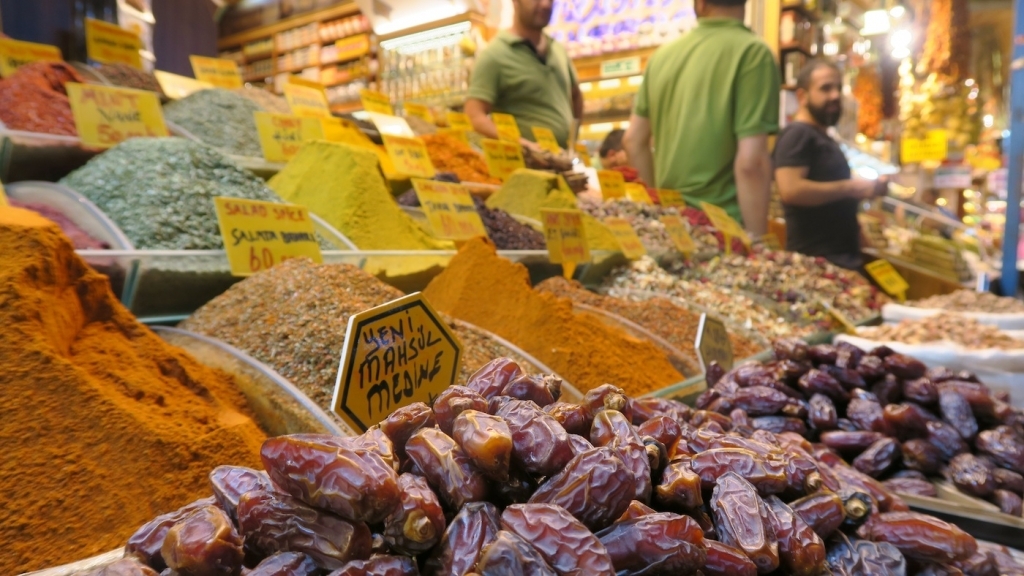 The line moved faster than I expected. I watched the three or so people ahead of me breeze through the Sabiha Gökçen International (SAW) Airport’s “other nationalities” passport checkpoint—in Istanbul, Turkey—without so much a glance, let alone any questions, from […]