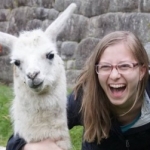 Just booked my and @alan ‘s trip to Paris for his birthday! Thanks for the inspiration @jenns ! My dad started traveling in his 20’s, after having saved up and selling his car to make it over to Europe and the Middle East. He spent over a year traveling around, and kept Paris as a base, as we have family there. Paris has always been a favorite. […] View
Change Location
To find awesome listings near you!