Why Go Vegan – For the Environment

Go Vegan for the Environment

The benefits of choosing to live a vegan lifestyle extend beyond saving non-human animal lives and refusing to be implicit in violence against our fellow sentient beings. Increasingly, we are learning that many major animal agriculture practices are responsible for greater greenhouse gas emissions than transportation, account for mass deforestation, mass water consumption, and wreak havoc on our oceans and other ecosystems, threatening biodiversity.

The impacts of animal agriculture on the environment are real, and they are severe. The demand for meat/animal products has quintupled in the past 50 years, and it is putting an intense strain on our natural resources. More and more world organizations are recognizing that to cut back on the human impacts of climate change, we must reduce or remove our demands for animal products. If you consider yourself an environmentalist but you still support animal agriculture with your dollar, going vegan is one of the most important steps you can take in the fight to save our planet.

Much of the groundwork for this section has been researched by Cowspiracy, and we highly recommend you watch this documentary to learn even more about the global environmental impacts of animal agriculture. 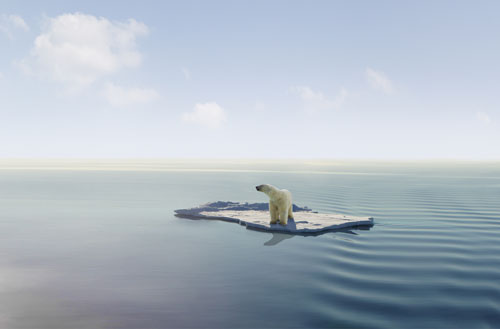 According to the United Nations Food and Agriculture Organization, animal agriculture directly accounts for 18% of global greenhouse gas emissions. By comparison, all combined emissions from transportation amount to 13% of global emissions. If you factor in the amount of GHGs that are emitted throughout the entire process of raising and feeding livestock, in addition to processing animals for their meat and all byproducts, the emissions debt of raising animals for food jumps to a staggering 51%.

Most everyone agrees these days that climate change is real, and that it is caused by human activities. We are each responsible for doing our part to take care of the health of the planet we call home. The advice we receive on how we as individuals can reduce our carbon footprint often has to do with transportation choices and making home energy changes like buying more energy-efficient lightbulbs, but If we cut meat, dairy, and eggs out of our diet, research is suggesting that our impact of reduction would be far more significant.

Supporting animal agriculture by buying and consuming animal products is proving more and more not to be a very sustainable or environmentally responsible choice.

Water usage in animal agriculture far succeeds that of farming fruits and vegetables. To consider the water footprint of raising animals as food, we have to factor in not only what water the animals directly consume, but also the water that goes into farming for their feed. In the United States, 80-90% of water is consumed for agriculture, and 56% of that water is used just to grow the crops that are fed to animals raised as livestock. 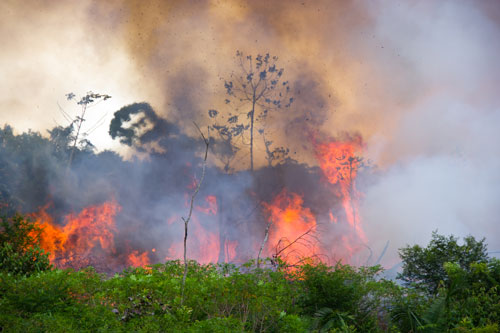 The Amazon rainforest is regarded as one of the most important ecosystems on Earth, housing important systems for precipitation, carbon storage, and biodiversity, to name a few. Up to 91% of Amazon deforestation has been linked to animal agriculture for the purposes of leveling land to house livestock and the crops grown to feed them, and we’re losing around one acre of rainforest every second.

At our current rate, it is estimated that we are losing 137 plant, animal, and insect species per year due to deforestation. Rainforests have more value if they are preserved for their ability to grow various plant-based foods and medicinal sources than if portions of them are cut down to make room to grow feed for or to house livestock.

Like the rainforests, our oceans are important ecosystems whose health impacts overall global environmental health. The demand for fish and other sea animals for food is causing major issues in ocean biodiversity populations. Fisheries are depleting the oceans, and one study even suggests “we could see fishless oceans by 2048” considering our current depletion rates. 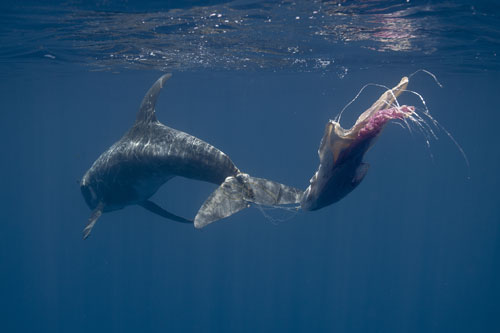 The loss of the specific species that are caught and killed for food is devastating enough, but eating marine life also comes at the cost of the other animals caught and destroyed as bycatch each year. Bycatch is inadvertently caught by the billions each year, and is simply discarded (i.e., killed). Even intended catch is often wasted, with numbers of fish caught for food that are eventually discarded reaching nearly 40% of the total catch annually (that’s 63 billion pounds of discarded marine lives for no reason other than overfishing). If the argument for ending sentient life is for food necessity (which is a shaky argument to begin with), how are industries that create this much unintended death and waste as part of business as usual ever expected to be sustainable for the Earth?

Not only are the oceans harmed directly by over fishing and population and biodiversity loss, but dead zones are being created in our oceans in part due to the colossal amount of animal waste runoff as a result of factory farming that is making its way into our waters. Dead zones are areas that have been depleted of oxygen to the point that they can no longer support marine life. Thankfully, unlike some of the irreversible damage that has been done to the atmosphere by GHG emissions, dead zones in our oceans can be reversed. By reducing or eliminating the contaminants that are creating these oxygen-depleted areas of ocean water, like those contributed by animal agriculture, these systems can heal themselves over time.