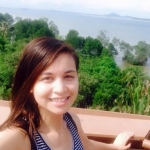 Fruit market in Nha Trang, Vietnam with dragonfruits, custard apples, pomelos & mangosteens. They also had mangoes, lychees & rambutan that I ate. Nha Trang has a big beautiful beach it’s well known for if you’re ever in the area! @vegannomad in PDX View
Change Location
To find awesome listings near you!