Home Canals in Amsterdam are frozen and making your way around town has never been so fun
Brittsworld, March 8, 2018March 22, 2018, Amsterdam, Netherlands, Blogs by Britt, 0 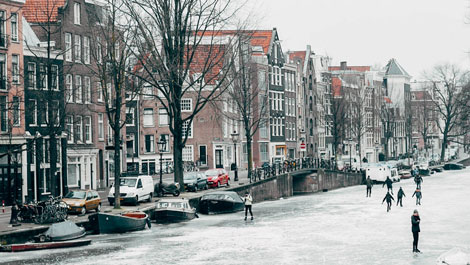 As if the streets of Amsterdam could become any more beautiful.

Here I am standing on the crackling ice surrounded by the most beautiful architecture. Children chasing each other on the ice as they slip around the corner. As I take a deep breath the cold air creeps up my nose and cuts as a knife. Its a beautiful sight and feeling that I rarely experience in the month of March when in Amsterdam. 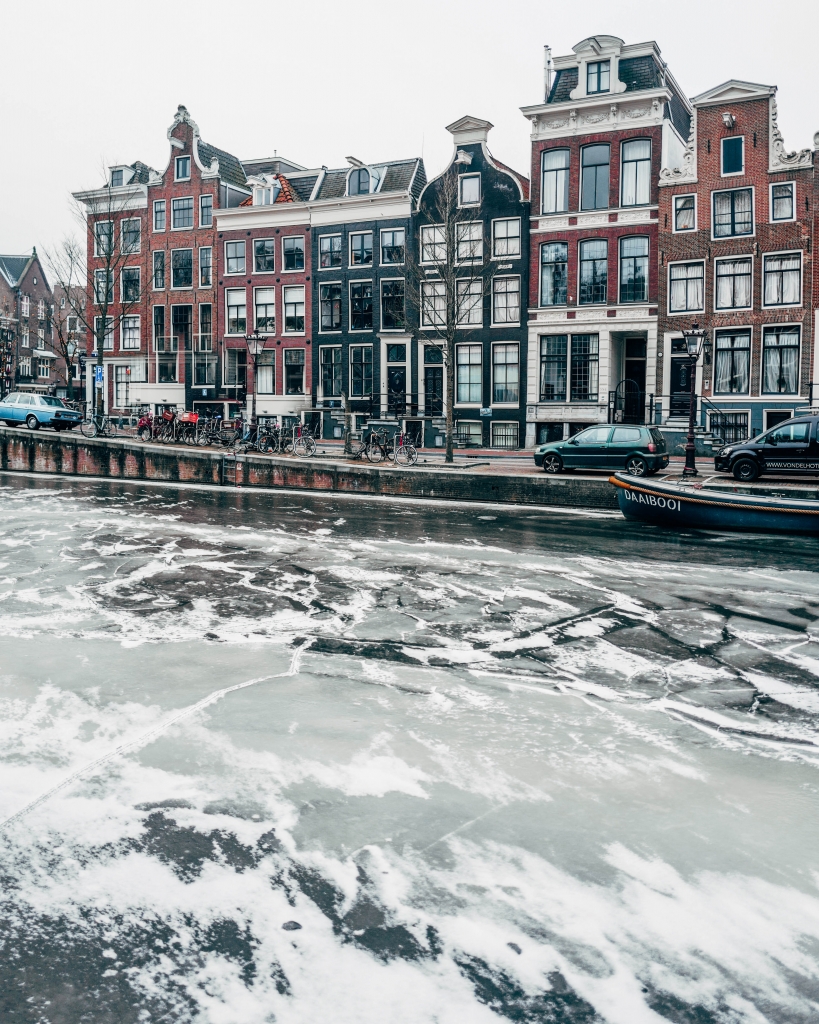 The last time we were able to make our way trough town on ice-skates was in 2012. Now we are so lucky to set eyes on this magical sight yet again. Its a winter wonderland that we don’t get to experience often and its dreamy! 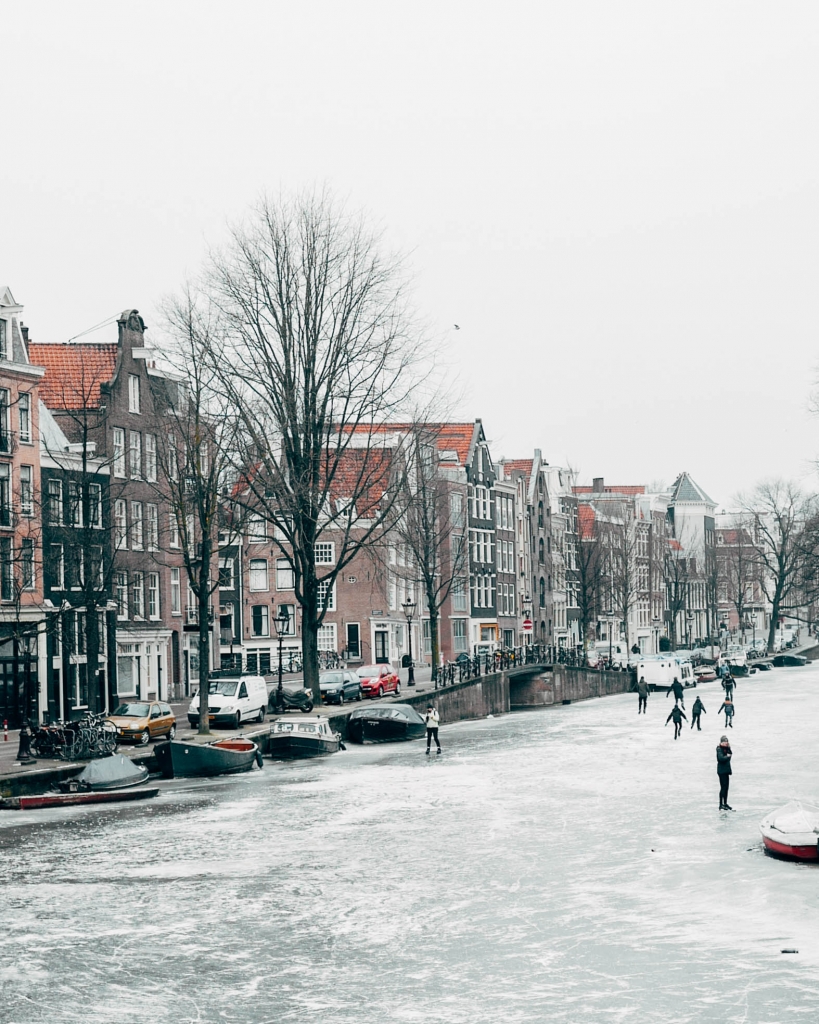 At sunrise the early birds make their way on the ice and take advantage of this rare spectacle. Several nights ago the temperate dropped to -15c creating a thick layer of ice. But you’ll have to be quick as the sun is coming out and nights are no longer cold enough to make the ice thicker. So get your ice-skates out and get your moves on the ice because this is something you might not witness for a very long time!

For more pictures go to www.brittsworld.com