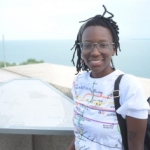 Hello Vegan Travel Community!!!! On occasion, I will check out the latest videos on youtube surrounding the vegan lifestyle. One topic that came up was supporting businesses/companies that offer both non-vegan and vegan options. Even though we order vegan items we still are supporting a company that is opposite to our values. A company’s […] View
Change Location
To find awesome listings near you!