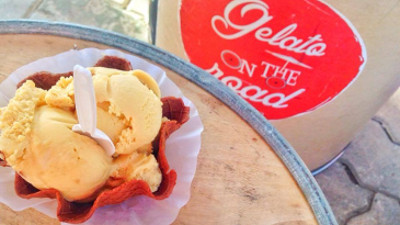 As vegan travelers, communication means everything, especially in countries where English is not widely-spoken, or where veganism is not well-known.

As visitors, it’s our responsibility to prepare for any language barriers to avoid accidentally eating something non-vegan. In countries where people may still speak English, learning a bit of the local language can be a fun way to immerse ourselves locally, as well as help us share and talk about veganism.

How To Order Vegan In The Philippines

In the Philippines, English is the second language taught in schools, behind the national language of Tagalog. Still, the word “vegan” is not common, and some people may think that not eating meat means you can still eat seafood or chicken, so you have to be specific and check ingredients.

Vegan options in the Philippines are possible, and delicious. You just have to do your research beforehand. For vegan and vegan-friendly restaurants in the Philippines, scroll on over to my posts for vegan eats in Makati and Metro Manila.

Accidentally vegan finds and a public market, aka “palengke”

▢ There is no word for “vegan” in Tagalog. You can try saying a vegan is “like” a vegetarian, but doesn’t consume eggs, milk, etc.

▢ The safest bets are always all-vegan restaurants and fresh fruit and veg in a market.

▢ When ordering at non-vegan places, you can ask if a dish can be veganized by removing the obvious: any meat, fish, chicken, eggs, milk, cheese.

▢ Honey: honey is not commonly used, but for foods that may usually contain honey, ask about it. “Pulot” is honey in Tagalog. 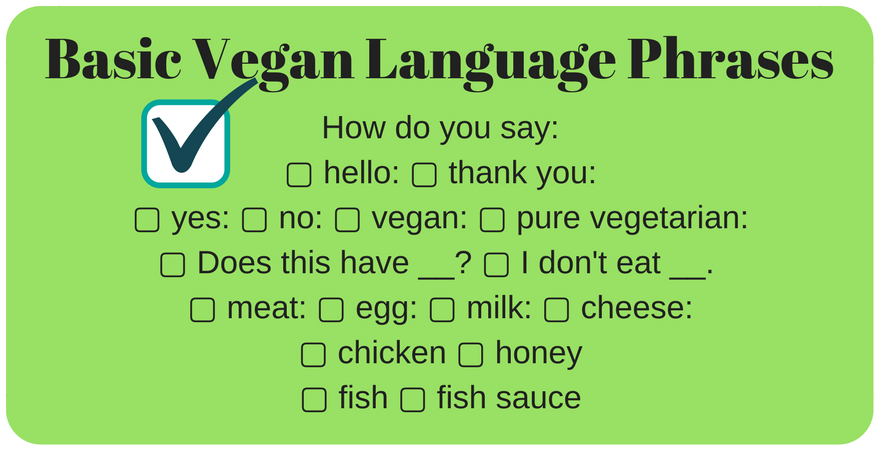 Here are some basic Tagalog phrases for your next trip to the Philippines! My best advice is to just start speaking. Memorize some basics, and practice out loud! That’s what I do in front of friends and family. They might give you looks, but it’s totally worth it and a lot of fun! 🙂

-Don’t be shy! The more you speak, the better you get.
-Don’t get frustrated at people. We are visitors, and they’re not obligated to know English!
-Have your basic phrases on your phone or written on paper to carry with you.
-Have fun and always be respectful with it.
-If you need help with pronunciation, check out Youtube!

Being a vegan traveler exposes us to not only cuisine from around the world, but also to different languages. Knowing even a bit of the local language can enhance our experiences as a vegan and traveler. For your next trip, consider learning some basic language phrases. You won’t regret it! Feel free to message me if you have any questions!

Thanks for reading and happy vegan traveling!
-Roseanne